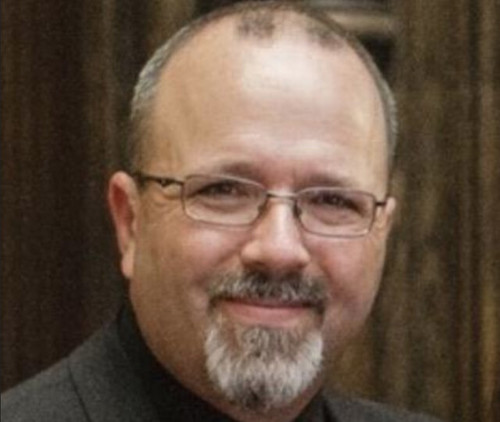 Montreal-based Fuzzy.io has hired Kevin Fox, who designed the user interface for Gmail, as its chief experience officer.

Fox, has worked at Yahoo, Facebook and Mozilla in addition to Google, where he created the user interface for the first iteration of Gmail and Google Calendar.

Fuzzy.io, which is currently at the 500 Startups accelerator in Silicon Valley, has developed an API that allows developers to easily add machine learning to whatever they’re working on, says Evan Prodromou, its co-founder.

“We’re trying to scratch an itch that we had,” Prodromou says.

Prodromou, the former CTO of Breather, says that he wanted to try and work with machine learning at that startup but it didn’t have enough data.

He doesn’t think he’s the only developer who has faced challenges trying to work with machine intelligence.

After all, he says that while there are millions of developers, the number of data scientists is only measured in the thousands. And the that means that developers at small companies or who are working on a new project at a bigger company usually don’t have access to that type of specialized expertise.

“Ultimately, there is some pretty huge utility for any type of developer,” says Matt Fogel, Fuzzy.io’s other co-founder.

But with their goal of making it easy to use, user experience will play a big role.

Prodromou says that Fox’s user interface design for Gmail wasn’t just new. It changed the way all email systems that came after were designed.

“We hope that he can bring that fresh eye to machine learning,” Prodromou says.

It’s not the first time the two have worked together. They both helped develop, Heat.net, one the first multiplayer gaming sites on the internet, in 1996.

“I’ve always favored being part of a small focused team working on a new and exciting problem,” Fox says.

“What really attracted me to Fuzzy.io is the power of the vision,” Fox says. While machine learning has been limited to big companies and those specializing in big data, he expects that to change.

“Machine learning will steadily become a standard component of most systems, whether it’s used for fraud or spam detection, price optimization, content recommendation, or proactive assistance,” he says. “Any place that organic systems meet silicon, hardcoded rulesets just don’t cut it. They’re static approximations that leave money on the table or waste time and resources. We’re helping customers create systems that start out smart and get smarter over time.”

Fuzzy.io is currently in a close beta, though Prodromou says more and more invites will be given out as they continue to iterate on the UX.