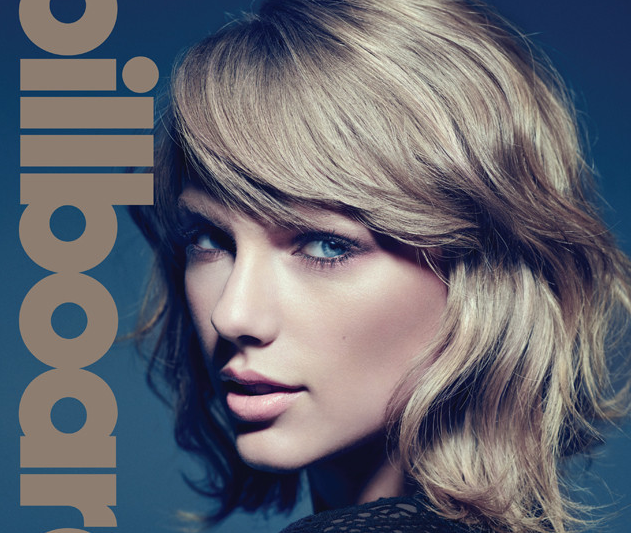 Are you running a startup and looking for a bit of inspiration? Did you want to make 2015 your breakthrough year?

What if you can learn from one of the most successful artists in the music industry today who was just named “Woman of the Year” by Billboard?

A couple of months back, a few of my colleagues got into an intense debate during lunch: Which artist is bigger, Taylor Swift or Beyoncé? Will Taylor Swift’s new album 1989 beat out Beyoncé’s surprise release of her self-titled album last year? Which artist is bigger? How does Taylor’s perfectly practiced shocked face compare to Beyoncé’s workout transformation at Superbowl XLVII?

With 1.29 million albums sold during its debut week, it is safe to say that the reigning queen of music is Taylor Swift, with accolades including:

Taylor Swift’s achievements contrast sharply with the rest of the music industry, which struggled to convince the public to purchase albums as sales were down 14 percent all year. How did Taylor Swift do it time and time again? With remarkable transparency, she has actually laid out her music business thesis and contrarian thinking in a brilliant op-ed on the Wall Street Journal this summer.

Taylor Swift is focused on creating better customer experiences. Are you?

When Taylor Swift’s fans buy her album, they are buying more than just songs, but a set of experiences that are highly valued by her fans – effectively turning it into a collector’s item and a value proposition unmatched by other forms music consumption such as streaming.

As Taylor Swift herself explained, her album includes one of five sets of 13 Polaroids with her song lyrics. Furthermore, physical CDs at Target include three exclusive tracks explaining her songwriting process, and her CDs at Target effectively sold better than those at Walmart by an 8-to-1 margin during the first two days of sale. Her fans can create their own 1989 album art so they connect deeply to the album.

Startup insight: Simply put, in today’s highly competitive world, winners understand that better customer experience matters. This is also why TD Bank announced earlier this year that it has entered into a 5-year agreement with Communitech exploring innovation and new customer experience.

Taylor Swift practices customer development and research. Do you?

While many commentators have correctly observed that Taylor Swift has been at the forefront of fan outreach and is extremely skilled at using social media to promote her music, one of the biggest impact from #taylurking is arguably how deeply Taylor Swift understands her fans. She pointedly said in an interview with NPR Music that she spent hours many nights trying to figure out what her fans wanted and when time came to put out an album, she knew exactly what they wanted.

This matters a lot, as much of Taylor Swift’s appeal for her fans is predicated on current zeitgeist and the context of her music and lyrics (e.g., who she dated, who made fun of her, who she feuded with, and the presentation of her personnel, etc) rather than her raw vocal ability (though that has certainly improved over the years). So you bet her young fans want to learn more about her past relationship with One Direction’s Harry Styles through her songs! (And if you want to read a great deconstruction of Taylor Swift’s album, you may want to check out Carl Wilson’s excellent review on Slate.)

Startup insight: Are you stalking your prospective or current customers? Conduct some #taylurking yourself! If you’re still not quite sure what to do, I would recommend you to watch the following video on milkshake marketing, where Harvard Business School’s Clayton Christensen explained how his colleague figured out what motivates a customer to buy milkshake.

Taylor Swift does things that “don’t scale.” Do you?

By now, you might already have read that Taylor Swift and her web team spent significant time on social media sites selecting fans and personally inviting them to Taylor’s house to preview the album via 1989 Secret Sessions. But did you know that this is not the only time Taylor Swift has done something personal and special for fans?

This year, Taylor Swift sent early Christmas cards and gifts to some of her biggest fans, prompting her fans to cry uncontrollably and posting their reactions on social media. (One wonders if they cried more during a viewing of The Fault in Our Stars or when they unwrapped their gifts.) Earlier this summer, Taylor Swift actually stopped by to visit two different cancer patients just to hang out and sing songs for them.

Startup insight: All of the aforementioned things that Taylor Swift could only be experienced by a few, but the legend of these stories will impact millions. As Y Combinator’s Paul Graham argued, you have to do things that don’t scale, delighting users is extremely important.

Taylor Swift surrounds herself with a great team. Do you?

As much as Taylor Swift’s fans would like to think that her success is solely a result of her hard work and talent, none of her success is possible without a great team.

Her marketing team is behind the Polaroid bonus idea discussed earlier. Her web team helped her to find the right fans to invite. Her parents are known to give her advice in finances and promotions and have ownership stake in her record label Big Machine Records. Her label’s CEO, Scott Borchetta, is a talented music executive with a long track record of success.

Startup insight: Do you have a great team? If not, it is not too late. Find the right people who are passionate about your vision and do what you can to bring them on board. They will thank you later after you and your team bring the vision to life together.

Taylor Swift pivots and wins big. Can you?

In order to completely leave country music behind, Taylor Swift moved from Nashville to New York, and subsequently became New York City’s ambassador. If you ever wondered if Taylor Swift had to transform herself, the in-depth article from Sarah Liss in Maclean’s is a must-read. While her songwriting ability is still a huge feature, her style and production team has substantially changed. The transition to pop might have been tested, but it was not without risk.

Taylor Swift’s leading single – Shake It Off – got mixed reviews at best and garnered a higher percentage of dislikes than usual on YouTube’s VEVO Channel. However, she is winning big where it matters the most. Her new album is aiming for the number one spot on Billboard for a fifth week.

Startup insight: If you see an opportunity to pivot and make it big, are you making it happen? As Steven Blank suggested, almost all Unicorns (billion dollar companies) pivoted.

Now it is hard to just discuss Taylor Swift and the music business without taking a deeper dive the turmoil experienced by the media industry and new media economics. In fact, it is something that Claudio Munoz, Lucas Armstrong, and I have written about, from a Canadian angle and an innovation perspective. So be sure to visit this site again for Part 2, where I discuss Taylor Swift as a multi-million-dollar media enterprise.

Love her music? You can watch her perform on the Victoria Secrets Fashion Show when it is broadcasted on TV tonight.

(And thanks to Claudio Munoz, Amie Sergas, Emily MacIntosh, Joanna Reyes, and Joyce Lee for helping to distill the concepts and providing suggestions for this article.)