When it comes to travel, wifi is now an essential.

This is the primary finding of Symantec’s latest Norton Wifi Risk Report, which revealed that access to internet—especially of the fast and free variety—is a deciding factor for many North Americans.

When it comes to locking down a hotel or other lodging affair, 71 per cent of those surveyed said access to a strong wifi signal is a deciding factor; 43 per cent said the same thing for restaurants and cafés, while 41 per cent said so for airlines. 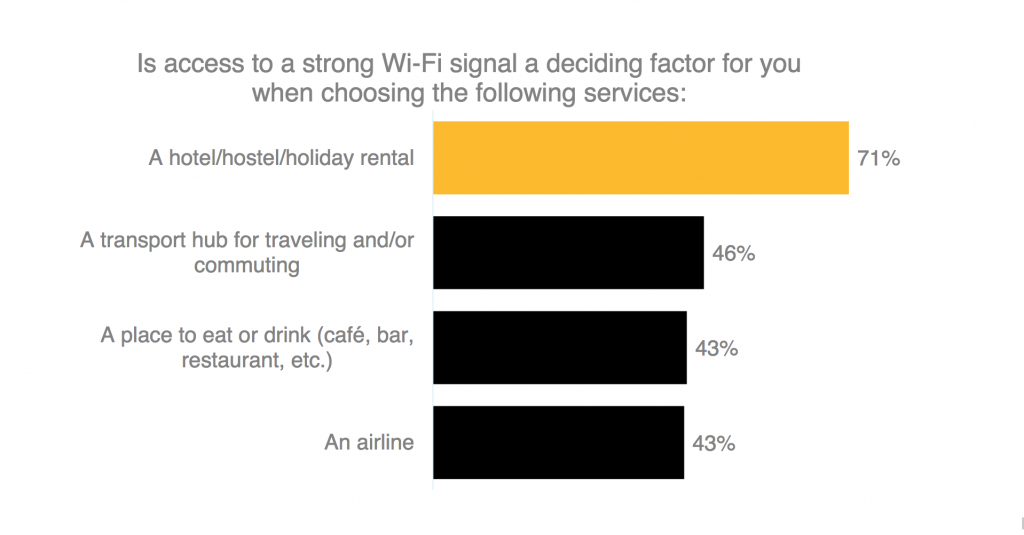 Indeed, the craving for internet borderlines addiction: 46 per cent of consumers “can’t wait more than a few minutes” before logging onto wifi after arriving at a hotel, café, or friend’s house, according to the report.

Sometimes the need for wifi is practical. About half say they want it to access mapping apps so they can find their way around. But that’s not always the case. 41 per cent simply don’t want to use up their data and 29 per cent want to post on social media (when broken down by demographic, this number skews much higher for younger generations and much lower for older ones). 8 per cent say they need it to access a dating app.

Users have to be careful though. A report came out early last month that indicated far too many users feel safe and secure on public wifi and do not protect valuable data.