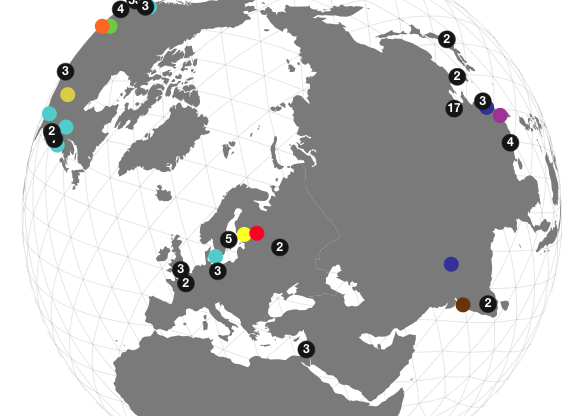 The latest data hails from global investment firm Atomico Ventures, which has mapped the world for billion-dollar software companies founded in 2003 or more recently.

Atomico’s map names 35 in Asia, 21 in Europe, and 80 in North America—two of which were born and remain headquartered in Canada. Few will be surprised at their names: Hootsuite in Vancouver and Shopify in Ottawa.

Both companies raised massive rounds in the past year, and while neither has publicly confirmed investor valuations in the 10-figure range, it’s becoming increasingly likely. In July The Economist published an interactive chart showing the biggest internet companies in each country of the world, from the US and Canada to Ethiopia and Iran.

The World Startup Report chart placed Canada 12th on the list, ranking Shopify as our third biggest internet company, giving it a valuation of $1 billion. The chart ranked Hootsuite at number two with a valuation of $1.6 billion. (OpenText, at $6 billion, was first.)

Although rumours of potential IPOs for both companies have floated for years, Shopify and Hootsuite remain private companies who have not publicly confirmed any valuations.