Google claims that next year, it will reach 100% renewable energy for global operations, including both data centers and offices.

The company, which is now the world’s largest corporate buyer of renewable power, says its data centers are 50% more efficient than the industry average. Google also points out that wind power has came down in cost by 60% over the past six years, while solar has come down by 80% over the same period. 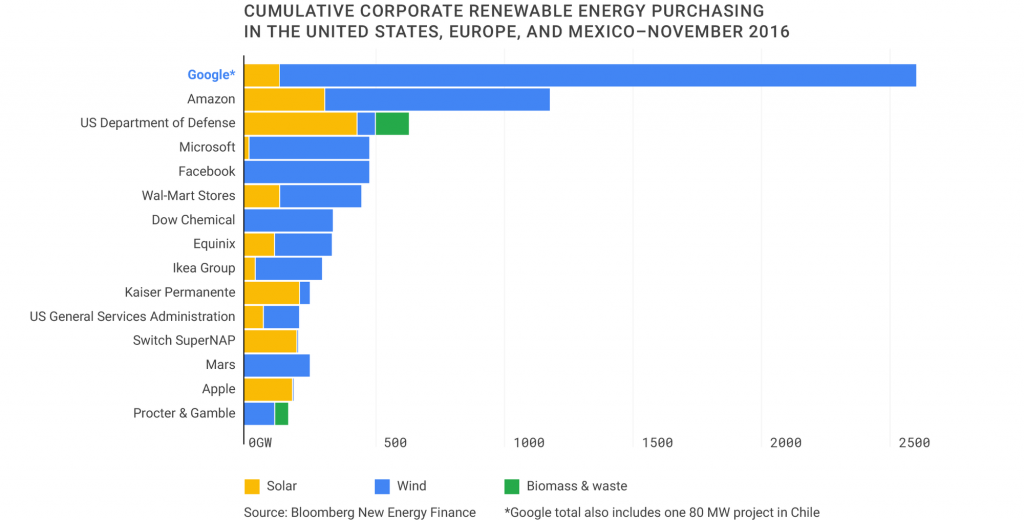 “We’re on track to match our global energy consumption on an annual basis by next year,” says
Urs Hölzle, senior vice president of technical infrastructure But this is just the first step. As we look to the immediate future, we’ll continue to pursue these direct contracts as we grow, with an even greater focus on regional renewable energy purchases in places where we have data centers and significant operations.”

“The science tells us that tackling climate change is an urgent global priority,” said Hölzle. “We believe the private sector, in partnership with policy leaders, must take bold steps and that we can do so in a way that leads to growth and opportunity.”