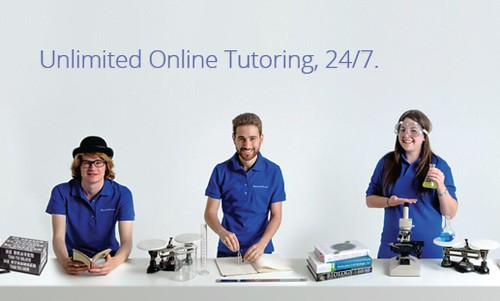 Phillip Cutler says he’s trying to change the way students get help with their homework.

GradesSlam, the ed-tech startup he founded, might in the tutoring business but he says its approach is so different, he doesn’t even like to use the word “tutoring” anymore.

For $15 a month, the startup offers students unlimited help with their homework, 24-hours a day.

“30 per cent of students hire tutors during their academic careers but over 80 per cent actually require supplemental educational support, which is tutoring,” he says. “So you have this massive segment of the student population, 50 per cent of students, who need tutoring but don’t get tutoring.”

The number one reason they don’t get extra help, he says, is the cost.

“What we try to do is level that playing field and make it accessible for everybody,” he says.

Cutler says that traditional tutoring providers waste a lot of time and money.

“Let’s say a session is 90-minutes long, probably half that time you’re watching the student do work. So the parents, or the family, are paying for you to, in a sense, babysit,” he says. “Most of these students are diligent enough workers that they know they have to get their homework done, they don’t need someone who’s just going to be supervising them, they need somebody who’s going to help them when they need the help.”

“If you can break that 90-minutes up in to the five or six, five or ten minute sessions that you actually need to help a student, you just saved everybody a ton of money,” he says.

While the company initially experimented with things like video chat, it’s now settled on a text-message-based system, which Cutler compares to Facebook Messenger or Snapchat. Students can also share files or photos with their tutors.

He says the shift from video chat to text messaging was influenced by looking at how younger people use technology.

Cutler has extensive experience as a tutor himself. He has an education degree from McGill University. That’s where started tutoring and began building a small tutoring business, helping his classmates promote their tutoring services. That business eventually led to GradeSlam.

Cutler says the company puts a lot of effort into hiring quality tutors, only accepting around one per cent of applicants. While it’s hard to directly measure success, Cutler says 100 per cent of students feel more confident after just one session.