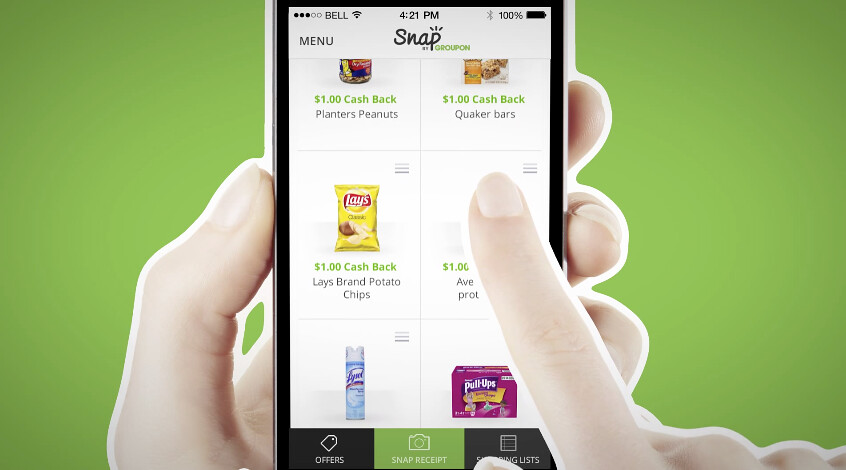 Snap by Groupon has launched in Canada.

Snap pays people cash for buying featured grocery items each week such as milk, bread, diapers, etc. at any supermarket or retailer in the United States and Canada.

This new Groupon product has its roots in an acquisition. In October 2013, after ranking third on the Profit Hot 50 and being named a finalist in Ernst & Young’s Entrepreneur Of The Year, Buytopia launched a mobile app called SnapSaves. To take advantage of SnapSaves, shoppers were encouraged to snap a picture of their receipt after purchasing groceries at any supermarket or retailer; if the receipt included at least one of their daily offers on it, then shoppers received cash back.

In June of this year, the Toronto-made app was acquired by Groupon.

The product hasn’t changed much under Groupon’s ownership. Snap is available free on iPhone, Android, and the web.