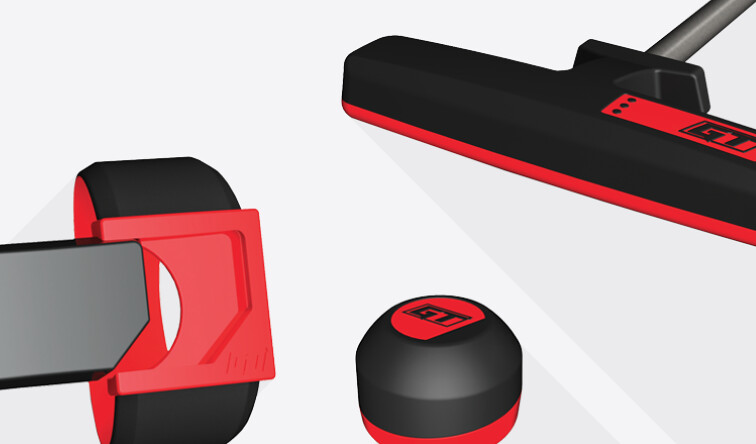 Two years ago, when friends Pablo Srugo and Lee Silverstone decided they wanted to start a business, they realized that the gyms they attended didn’t offer that much in terms of tracking.

“It started out that we wanted to put QR codes on these machines, and you would take a picture of it and it would tell you something about the machine,” says Srugo, co-CEO of Gymtrack. “But at this point we kind of started coming up with multiple ideas every single day.”

Eventually, their brainstorming led them to ultimately found Gymtrack, an Ottawa-based company seeking to revolutionize the gym experience. Targeted at gyms and their trainers, Gymtrack products are composed of an ecosystem of three devices: a smart pin attachment that replaces current pins on weight stack machines and detects the weight, reps and sets you’ve done; a barbell attachment that tracks how much weight you’ve done; and a wearable that detects what exercises are being done and counts reps for dumbbell, barbell and body weight exercises.

“I think the reason that our product is so captivating is that we push the boundaries of what’s possible.” says Silverstone, co-CEO of Gymtrack. “It’s easy to say that we should do a tracking app and just do it better. You have to ask, ‘How can I totally change how the world works?’”

By keeping track of the progress of members, the devices allow trainers in the gym to monitor progress and provide feedback.

“There’s a lot of apps out there where you have to manually enter data and they don’t have a good user experience,” says Silverstone. “A trainer can actually monitor you and make that process easy.”

Of course, building a hardware product didn’t come without its challenges—as they had no experience in the field, they found it difficult to get anything done at first.

“We had this goal and we had about five or six people with experience in hardware and firmware and motion tracking, but we had no money,” says Srugo. “For the first five or six months, it was just trying to find people interested enough to do it on a part-time basis almost for free or equity.”

Eventually, though, their hard work paid off. Last year, they were selected to be part of the popular accelerator 500 Startups. At that point, they were still scrounging for money from friends and family, but being at 500 Startups helped connect them with fundraising sources and other founders in the valley.

“Just putting you in that space where you’re really able to talk to them every day, see what venture capitalists they’re talking to and the feedback they’re getting, that really helps you move forward a lot faster,” says Srugo. After a couple of months, they raised just shy of a million dollars and managed to get customers and connections to help them grow.

Today, they have a beta version of their product at Algonquin College, and have signed a commercial pilot with “a large chain” at the end of this year. Most recently, they’ve raised a $2.5 million seed round. As for how their experience as entrepreneurs has been so far, Silverstone says that being an entrepreneur means really sticking to your guns and believing in your product. “Being a stand-up comedian is a lot like being an entrepreneur. You just have to be resilient and get used to it,” Silverstone says. “We applied to pitch competitions and were turned down time and time again, and now those same pitch competitions ask us to speak at their panels.”