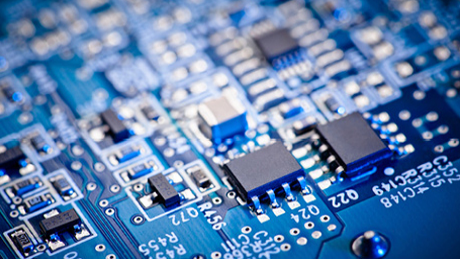 Since the beginning of the consumer tech industry, there’s really only been one business model for hardware startups: build a product and hope people buy it.

That’s starting to change – the hardware market is now starting to look more and more like the software business and several Canadian startups are starting to take advantage of this new market.

Traditionally, when compared with software, hardware has had a high cost of entry, a higher cost of failure and a long sales cycle.

That makes many investors nervous, creating a chicken and egg scenario for hardware startups that need money to start production or even prototyping.

That’s starting to change. 3D printing is bringing down the cost of prototyping while crowdfunding is allowing hardware startups to gauge market interest and fund production at the same time.

Couple that with the rise of the internet of things, and it’s no wonder that more startups are getting in to the hardware business.

But that’s not the only thing that changing about hardware, new business models are starting to emerge that are creating more opportunities for hardware startups.

“This is going to change everything,” Ben Einstein, a general partner and founder of Bolt, a Boston and San Francisco-based venture capital fund that’s focused on hardware startups, said at the Montreal International Startup Festival earlier this summer.

Einstein was speaking on the subject of new hardware business models that are allowing hardware startups to start thinking about things like recurring revenue.

He said that a lot of people think manufacturing is the hardest part of the hardware business. But that’s not true, he says, that selling the products is the real challenge.

Still, he pointed out that nine out of the 10 largest ten companies in the world are in the hardware business.

But being in the hardware business these days really involves thinking about how your product is used and that’s particularly true with the rise of highly specialized device.

One of the top new business models for hardware startups that Einstein talked about is content.

Just think about Amazon. The Kindle is a hardware device but Amazon’s real business there, even there, is selling books.

Canadian companies are getting into that business as well, just think about Calgary-born Trace, on one hand, it’s a startup that sales hardware (in its case, a camera and drones) but that’s not really the business that it’s in.

“Trace is a media company in our view,” Cameron Chell, the company’s founder, said in January. “Our goal is to build the largest live video network in the world.”

Data is also becoming a big part of the hardware startup business.

Montreal’s Hykso has developed a sensor that boxers can wear in the ring and which provides them and their coaches with data on punches that just wasn’t available before.

It plans to use a subscription model, with customers paying for that data.

For some startups in the wearable space, new business models are still appearing. Thousands of developers are working on apps for products like the Nymi, a hearbeat-sensing wristband, or Muse, a brain-scanning headband. Those developers might end up not just creating revenue for themselves or their employers but also open open new streams for the creators of those products.

But it’s not just about wearables.

The “Keurig-for-X” business model “is going to be huge,” according to Einstein.

Keurig Green Mountain, the maker of the single-serving coffeemaker and its associated pods, is now the largest seller of coffee in the United States.

There is at least one Canadian startup entering that market, Bartesian, an automated cocktail maker. And even though cocktails aren’t quite as ubiquitous as coffee, it got funded on Kickstater.