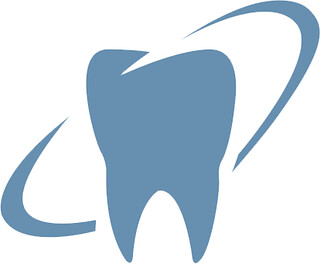 Former dentist Marc Lamarre is in a perfect position to disrupt the dental industry. After retiring from private practice and obtaining his EMBA by 2011, he was ready to leverage his background to solve issues that had irked him throughout his career.

Lamarre co-founded Cumulus Dental in 2013 with Victor Varona and Paul Bisson. One of the biggest issues that Lamarre wanted to tackle was the use of paper charts, still used in 85 per cent of dental offices today. He says the charts are “quite sophisticated and elaborate – but they can easily be misplaced, lost, or even worst case scenario – destroyed.”

The process to fill out the charts is also problematic and requires two operators – a dentist or hygienist who examines the patient’s teeth and an assistant or hygienist who records what the clinician is describing.

Lamarre says this process is time-consuming and prone to transcription errors. To make it more effective, his software solution combines both 3D and voice recognition technology. A dentist or hygienist simply talks to their computer and the software renders what they’re describing in a 3D chart.

Freeing up a hygienist to see other patients will increase productivity significantly and it more than covers the cost of the software’s monthly subscription fee.

Currently the software is being tested in modules across 20 offices, with a beta rollout planned for January. They will be in revenue in 2016.

Cumulus Dental is also developing hardware – a wireless digital periodontal probe that will measure the physiological properties of gums. Unlike existing digital products on the market, Cumulus Dental’s probe will be able to measure temperature and other factors that can point to gum disease.

“In effect dentists and hygienists will be able to diagnose, monitor and treat gum disease a lot sooner than ever before,” says Lamarre. This is especially important, he stresses, as medical professionals have linked unhealthy gums to a host of more serious medical issues like heart disease.

Co-founders Lamarre, Varona and Bisson have added talented individuals to their technical and management teams. Lamarre points out that they all understand the magnitude of the opportunity and the market’s need for the technology.

Lamarre himself is enjoying serving as CEO and is excited at what’s to come. He’s already raised $600,000 in funding, and his target customers have invested in him already.

“I have several dentists invested in my company which is a telltale sign that things are good, and we’re recruiting more key opinion leaders in dentistry.”

Their next round, $1.1 million, will be put towards ramping up testing, launching the software, validation of the periodontal probe and obtaining FDA approval.