Experienced entrepreneurs know how well the HBO hit series Silicon Valley reflects the realities of entrepreneurial life. The Season Three finale gives a great example. Spoiler alert: in a single episode the fictional company Pied Piper goes from being valued at $70 million to being sold by their VC, who took control of the board to force through the sale, for $1 million.

In this $1 million sale the founders walk away with zero cash, and owning zero shares, in their now sold company. The cliffhanger for Season 4 is if they will get any shares in the new company. This relies on the goodwill of their new purchaser to gift them shares in a company they no longer own a piece of.

Is this episode reality? Yes. It happens over and over, and is a logical outcome of what are accepted as ‘standard’ deal terms in the entrepreneurship community.

Many founders don’t understand the effect of deal terms on them, or their employees, until later. Then they end up starring in stories like this ‘Silicon Valley’ episode, or these real world examples: “The founder of a $50 million startup just sold his company—and he didn’t make a dime” and “When a unicorn startup stumbles, its employees get hurt.” 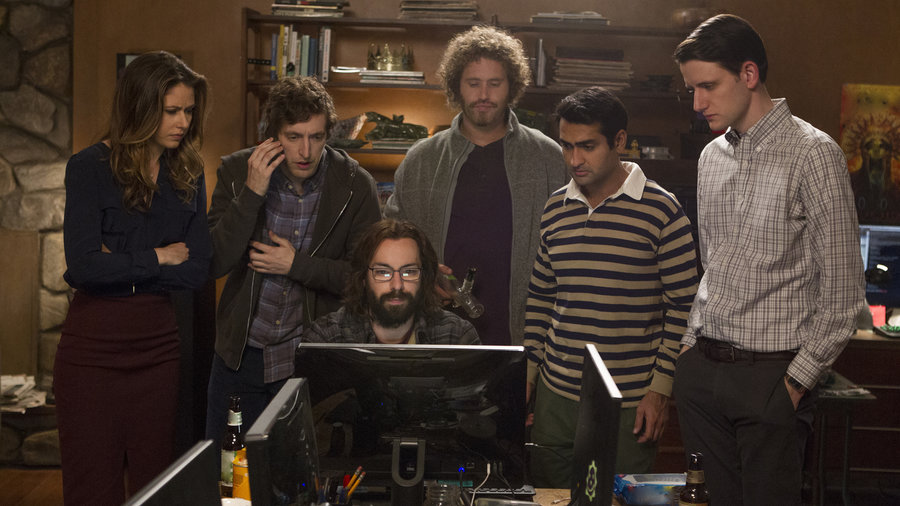 So how does this happen? How do founders or employees end up with nothing, when the companies they have created are sold for millions of dollars?

The deal term that matters most is taken for granted

The biggest problem deal term is so taken for granted that it is in all major early stage financing documents, ranging from YCombinator’s SAFE, to 500Startup’s KISS, to David Rose’s book on angel investing. As Rose says, investors invest in convertible debt or preferred shares. That’s it.  He doesn’t even feel that common shares, which are what founders and employees own, are an option for investors to consider.

Why does this matter?

That can often leave you nothing.

If you look at YCombinator’s SAFE or 500 Startup’s KISS, the “kindler, gentler approaches to convertible debt,” you will notice a similar clause in both. In the event of a sale of the company (a ‘Corporate Transaction’ or ‘Liquidity Event’), the investor can choose to get all (SAFE), or double (KISS) their cash back before you get a penny.

In other words, the Pied Piper sale can happen to you. The investor gets the full $1 million, and you get zero, and own zero shares in the sold company.

These documents really are kinder and gentler because they have limits over the investor’s ability to force you into bankruptcy, something that happened to me with a previous company. They are still convertible debt and get paid out before you.

It’s pretty clear why investors will always want preferred shares or convertible debt, and never common shares. Investors know what this means, and what the impact is. Founders and their employees sadly don’t. Even if the founder understands what the terms mean, the investor can use their vast experience to say ‘this is just how the world works’.

How getting more protection indirectly hurts the investor

Many investors may realize that these deal terms, while favoring them, are actually not good for the greater good of the ecosystem.

By definition, founders do not have diversified portfolios. If their business fails, they may often be literally penniless and be forced to ‘get a real job’. Meanwhile, the well diversified VC will just fall back on the returns from their other, better-performing deals.

By taking preferred shares or convertible debt, investors are destroying the lives and entrepreneurial futures of the very founders that feed them. They will therefore require a continual stream of inexperienced new founders to take the place of those that failed before.

How investors are directly taking money out of their own pockets

What is less understood is that taking preferred rather than common shares also directly hurts the VC’s pocketbook. Why?

Venture capital is a game about winners. Portfolio returns follow the power law, where the return from your top investment is far, far more important than the pennies you make from optimizing your downside protections.

Clearly, in any tradeoff between upside and protection, the investor should want more upside, and less protection. They are already protected through diversification. Meanwhile, the founder, who holds shares in only one company, should want protection and be willing to give up upside to get it.

The stage is set for a perfect win-win negotiation, where the investor gives up downside protection and invests in common shares, in return for a bigger piece of the company and hence a larger piece of a successful exit.

This means a lower valuation for the founder, in return for protection against losing everything.

How the math works

For the finance geeks in the crowd, including the VCs, let me share the actual math. In a portfolio with a power law distribution, the top three deals will account for ~85-90% of the total return. All other deals combined will account for 10-15% of the portfolio returns. This is just how the math works.

A VC’s top three deals will generally give everyone good returns, both VC and founders. Protections start to kick in on deals outside the top three. Here the VC gets everything (the aggregate of all these payouts gives them their extra 10-15%), and the founders can get nothing, or very little.

And founders should be happy to give their VC the added valuation in return for the protection of common shares.

Even where the founder has a personal bias to ‘roll the dice’, they have a moral duty to consider their employees, many of whom sacrifice greatly for the company and get ‘rewarded’ with common stock options. CEOs should consider, and be honest about, the downside scenarios with all of their employees, and they should manage their deal terms to make sure employee shares or options are as valuable as investor shares, through doing common share deals.

The dangerous lure of unicorns

Some founders, with their eyes on the headline numbers of the magical billion dollar ‘unicorns’ find the idea of lower valuations in return for the investor taking common shares to be hard on their ego. They hear the headline valuation number and think that is all that matters. It doesn’t. Protection matters more.

A sophisticated investor will always be able to give you the valuation you want, by writing in a whole series of deal terms that give them power in the situation.

As these deal terms start to pile on top of each other, it hurts your company. To quote venture capitalist Bill Gurley:

The cap chart begins to calcify a bit, which eventually can be problematic. Hiring new employees, particularly senior management, becomes tough because they worry about getting stuck beneath a huge liquidation preference stack. Some of these deals have so many [anti-dilution terms] that the cap table becomes almost concrete. If the valuation goes down significantly, it will sink them.

Investing in common stock is much, much cleaner. We all know from the public markets that stock prices sometimes go up, and they sometimes go down. While it feels bad to see your stock price fall, this is what makes markets work.

If we all invested in common stock, founders and venture capitalists would learn the same lesson. Sure, it never feels good to have your stock price go down. And a stock price that only ever goes up is a bit of a fairy tale, or hot air balloon, kept aloft through the magic of preferred share deal terms.

The one logical objection

There is one logical objection to doing common share deals. If the founder has common shares, and receives something when the company fails, will they be tempted to not work as hard, and give up sooner, for a modest financial return? In the worst case, will they wind up the company the month after a financing, and keep their share of the cash in the bank?

This objection overlooks the realities. Cutting your losses and selling early for financial reasons is investor-like behavior, not founder-like behavior. Most founders, and especially the best ones, are driven from a desire to transform an industry, not to make money.

A VC’s job is to pick the best founders. If you can’t pick founders whose number one goal is their company’s success, you shouldn’t be a VC. And if you have picked wrong, choosing a short-term financial-focused founder, that deal is almost certainly a write-off anyway, whatever the deal terms were. Relax in the knowledge that you have a bigger piece of the real winners to compensate!

Why all deals should be in common shares

VCs and other investors hurt founders and their employees through taking convertible debt and preferred shares. Investors know that their portfolios are diversified, and they can afford the loss. They know that founders cannot.

What they don’t think about is that founders, who truly need the protection, should always be willing to give them more shares in return for doing a common share deal. Specifically, if the investor gets a 15-20% improvement in the share price for taking common shares, VC portfolio math says that it’s a great deal for the investor.

As an investor, your path is clear. You can prove you are founder-friendly by at a minimum offering them the possibility of investing in common shares at a lower valuation, explain the difference, and let the founder choose.

As a founder, you also have a simple path to avoid being screwed. Do your financing deals only in common shares.

If investors aren’t even willing to have the conversation, consider walking away. They have a diversified portfolio. Why do they need to protect themselves further? Why won’t they allow you, the person who really needs the protection, to be on an equal footing with them, in the same class of shares? Especially since you are willing to give up more of your company in return!

Kamal Hassan is the CEO of Incmind, a governance and fundraising platform.