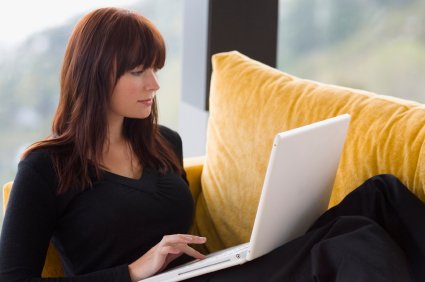 If somebody were to suggest in the 1990s that the average gamer was a 43-year-old female, or ever would be, they would likely be sent to an insane asylum.

Yet, here we stand today, and that’s now the case.

According to a 2010 Info Solutions Group study conducted on behalf of PopCap, the average gamer is indeed a 43-year-old woman—social gamer, that is. But with social gaming the fastest growing segment in the industry, what was once irrelevant is now of the utmost importance to developers.

One of the important questions is, what elements of social gaming has attracted older women? Thousands of video games have failed to appeal to women, especially older women, across dozens of consoles and platforms, covering almost every concept of game possible.

Accessibility is a major key, analysts suggest. Mothers don’t have time to hunker down before a PS3 and indulge in two hours of hardcore gameplay. But they can sneak into 10 minutes of a social game online during their baby’s nap and while doing online banking. So it’s a combination of platform accessibility—hopping online to a website, versus firing up a console—and being able to play for short periods of time, instead of having to commit to an hour or more.

The second key is the actual social aspect. While listening to teenage boys swear through a headset on Xbox Live, online social games allow these middle-aged moms to interact with other middle-aged moms in their online social networks, and possibly even their kids, too. Tapping into the online realm and being aware of the social environment, it lets moms keep tabs are their young ones while bringing physically distant women together through simple—and addictive—games. 68 percent of women are more likely to play social games with their real-world friends, while 46 percent use them as a way to interact with relatives.

Zynga alone generates more than half a billion dollars in annual revenue through social games like FarmVille—which has become so popular, it spawned a For Dummies book—and more and more startups are flocking to these social games.

But social games are often called casual games, and even those who argue differences, the overlaps are huge. Yet is this “casual” gaming that has become the most addictive gaming activity of all. The appeal of playing these games for five minutes is what draws a mom in, but the simplicity of the game and it’s subtle components—mostly hanging a carrot from a stick in various forms—keeps the moms playing for a lot longer. Constant rewards and achievements, easy but never ending progress, and frequent validations that you’re doing a good job (or even better than your friends!) creates a formula for addiction that turns “casual” games into a rather ironic concept.

This previously untapped demographic is still ripe for the picking in a relatively fresh market, but casual games are probably going to need a new name before long.