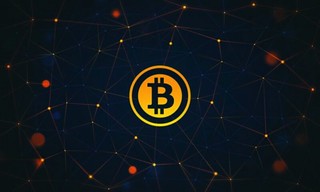 We’re not there yet, but in less than 10 years, I believe that the technology behind bitcoin will transform the accounting profession entirely.

What is this technology? The blockchain.

Let me set the scene by going over a few bitcoin related concepts before explaining why I think that the accounting profession will undergo a major disruption in the coming years.

What is the blockchain?

When most people think about bitcoin, they think about it as a currency. But there’s a much more powerful technology that allows bitcoin “the currency” to exist in the first place and it’s called “the blockchain.” Many people in the bitcoin space are unphased by the recent crash of the bitcoin price because the blockchain as a technology is far more powerful (and exciting) than bitcoin as a currency.

The blockchain is a public, decentralized, distributed ledger that is capable of storing and confirming the transactions that pass through it. This means that the ledger is not owned nor controlled by any one party. Instead the control of the network, or protocol, is distributed among the network’s users. As transactions hit the blockchain, they are confirmed as true and accurate by the network’s users, called miners.

If you see a transaction on the blockchain, the transaction has been confirmed and it cannot be reversed. If you sent me a bitcoin today, the bitcoin will transfer from your wallet to mine via the blockchain and before I receive that bitcoin, miners on the network will confirm its validity.

Miners exist in order to secure the network and to confirm the legitimacy of transactions passing through the blockchain. Miners are users who run computers all day in the hopes of solving complex mathematical equations issued by the network. As these problems are solved, they are rewarded for their efforts by receiving a predetermined amount of bitcoins. When you see a bitcoin in your wallet, it’s confirmed as legitimate. To understand more about how transactions are confirmed, you would need to read up on how mining works. It’s fairly technical.

If you think about it, it’s pretty brilliant. There can be upwards of $50 million USD worth of bitcoin running through the blockchain on any given day (sometimes more), and this network is not owned nor governed by any central authority. It pretty much runs on autopilot thanks to the amazing code that backs it.

The element of trust

The blockchain is pure peer-to-peer. Just like what Napster did to the music industry, I would expect the blockchain to be doing the exact same to many other industries, only on a larger scale.

When we are dealing with the blockchain we are not going through any intermediary except the user on the other end of the transaction. If I receive a bitcoin from you, it is sent directly from you and into my bitcoin wallet. If a bitcoin is in my wallet, it’s not held by anyone other than me.

At the other end of the spectrum, when you look at your bank statement for instance, the balance you see in your account is simply an IOU from your bank, or put another way, a promise to pay you back. We put our trust that this institution will honour this IOU, but why? Same thing with your insurance policy. We “trust” that the insurance company will honour the policy if ever the conditions were met. Again, why do we trust this third party without even putting thought into it?

The blockchain is capable of eliminating this trust factor. On a very basic level, when you have a bitcoin in your wallet, you do not need to trust any third party to hold their end of the bargain. Going one step further, one of the hotter topics in cryptocurrency at the moment has to do with “smart contracts,” which allows the blockchain to automatically execute the terms of a contract which is effectively the complete elimination of trust. Contracts can be placed on the blockchain and as conditions are met, the terms of the contract are executed. This isn’t something that’s happening way off in the future—it’s happening right as we speak.

I’m not trying to go all anti-regulatory on you here, because I do believe in regulation, but the fact is that we blindly put our trust in different people and organizations everyday without actually giving it second thought.

The important thing to note with the blockchain is that this technology has removed the element of trust. This is why bitcoin as a currency is causing a stir. The blockchain is a technology that has allowed for the creation of a peer-to-peer network in order to transact a currency (ie. bitcoin) in a totally decentralized manner, a space that is typically one of the most centralized and regulated yet is managing to do so effectively and efficiently.

A note on ledgers

At the end of the day, the blockchain is a ledger that stores data that has been verified as true and accurate. While it has proven itself capable of being able to transfer bitcoins, it’s also capable of doing much more than that.

The blockchain can hold more than bitcoins

To make a distinction between different types of property on the blockchain, one method of doing so would be through the use of what some people in the space sometimes refer to as “colored coins.” Basically (and I’m really watering it down here), if you wanted to transfer title of your house via the blockchain, you would attach the deed of sale to a coin with a unique “color” or cryptographic property which would then identify this coin as your home on the blockchain.

Other projects are popping up to allow for the transfer of anything of value over blockchain technology. Montreal’s Blockstream, which raised $21 million dollars in funding in November, has been working on a project that will enhance the utility of the blockchain via what they call sidechains. The project will allow for the creation of an ecosystem that speaks to the blockchain which will enable for the transfer of anything of value in a 100% trustless manner.

Why is this important?

The role of an accountant

The purpose of an auditor is to be an independent third party that verifies whether the financial statements are accurate. But it cannot be ignored that there is an inherent bias that exists because auditors are collecting fees (ie. revenues) from their client in order to conduct the audit and as such the bias exists to protect the client (at the expense of the public) and therefore protect the firm’s revenues. While our code of ethics, our training and our professionalism is something that we take very seriously as a profession, this bias cannot be ignored.

There is also the risk that the company’s management, for their own self-interest, “cooks the books” in a way that isn’t detected by the auditors and as such, the financial statements that outside parties might be relying on may be inaccurate.

In either case, the financial statements that outside investors may be relying on could be inaccurate and therefore not suitable for decision making purposes. This is where I think the blockchain can play an integral role in how an audit could be conducted and therefore, how the accounting profession can be affected.

What the blockchain means for accountants

A financial statement includes various different accounts such as revenue accounts, asset accounts, liability accounts and expense accounts. Each account holds a variety of transactions that comprise the balance in that account. Part of an auditor’s job entails looking at these accounts and determining which ones they want to verify during their audit.

For instance, if you have a sales account in your books that has a balance of $10 million dollars at the end of the year, the auditor may want to ensure the reasonableness of that account, so they’ll perform certain procedures on their end. They might confirm these sales with your clients, they may check your sales invoices and link the money back to your bank account, they may perform a variety of different procedures that they see fit to get comfort over that number and to confirm that these transactions have actually occurred and that they are complete.

At the end of the day, all audit procedures entail confirming transactions and balances that are stated on a company’s accounting ledger. As we have seen above, the blockchain can do this by itself, without the use of a third party, in this case, the auditor. Theoretically, everything that is on the books of the company and therefore everything comprising a company’s financial statements could occur on the blockchain.

As we have already seen that transactions on the blockchain ledger can be confirmed as true and accurate, having a third party such as an auditor re-confirm these transactions would no longer be necessary. As such, the role of the auditor, and therefore the accounting profession would be completely transformed. The role would, at best, be greatly reduced and at worst, be completely eliminated.

Think this all sounds crazy? Australia, one of the world’s most forward-thinking countries when it comes to accounting, had a report issued from their Department of Industry in December 2014 entitled “Australian Industry Report.” The job most at risk of being automated, according to their report, is the accounting, bookkeeping and auditing clerk position. The bookkeeping position is already being massively transformed, and this is from simple OCR technology. The code behind the blockchain is way more sophisticated and arguably one of the most advanced pieces of tech out there since the internet. The possibilities of what it can do is pretty much endless.

The impact of the blockchain

There are those who say that something like this can never happen. They’ll say, technology simply cannot eliminate what a well trained professional can do and that a technology like the blockchain doesn’t stand a chance in replacing what some accountants do.

But look at where we are now. Our accounting firm, for instance, doesn’t meet clients face to face, we don’t touch paper and engage in zero manual data entry when preparing a client’s books. Five years ago, people in the accounting profession would have thought that this was crazy, but thanks to technology, we’ve been able to advance to a point where this is possible and the profession is currently seeing a massive disruption.

The blockchain, in my opinion, is the next level of disruption for the profession due to the parallels it has with accounting, which I had listed above.

No doubt, my peers will probably give me a bit of flack on this one. After all: I am a CPA, CA who was trained as an auditor.