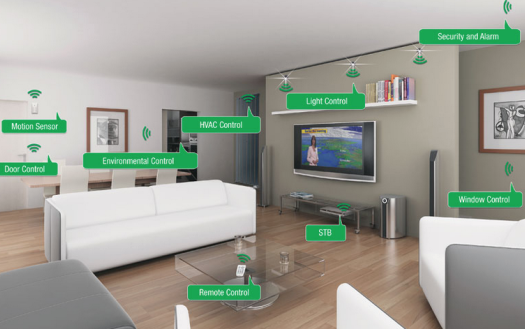 Many technologies are called revolutionary when they’re first introduced, but if one truly fits the bill and lives up to the hype, it’s the Internet of Things.

To say that the IoT has the potential to transform our world may even be a bit of an understatement. The very way we interact and go about our daily lives may be completely different once the Internet of Things fully takes hold in the future, and that future will likely be here before we know it.

Depending on the source, some estimates put the number of internet-connected devices anywhere from 40 billion to 80 billion by the year 2020. The transformation that comes from all of these connected devices will likely come in the creation of virtual worlds and augmented realities, and creating those new worlds will be a fascinating journey leading to many changes in how we live.

The world is becoming increasingly virtualized as more and more devices become connected to the internet. At first, it was simply computers and mobile devices that were offering this connection to consumers, but the IoT is set to connect a wide variety of different items, objects that some might think wouldn’t benefit from being on the internet. This is achieved by embedding sensors in these items, from thermostats to cars. These sensors enable the objects to not only communicate with users but with each other as well. This essentially creates whole new networks of communication, effectively establishing a virtual world outside of the normal physical one. Being able to interact with this world is key to the full immersion and proliferation of the Internet of Things.

The items that are part of the IoT do more than just communicate; they also gather data about users. In fact, one of the main features of the Internet of Things is the ability to use the sensors to collect data when they are used. By aggregating and analyzing data, the IoT basically creates a virtual profile for all those who use it, which is then communicated to all the objects that are part of the IoT. In other words, the creation of a virtual world leads to the creation of virtual people, and from this data, the IoT can figure out detailed characteristics about users and respond to needs even before they arise through predictive analytics.

Thermostats that are connected to the IoT, for example, can measure air temperature and know a user’s preferences, thereby cooling or warming a room before the user even realizes it has gotten too hot or cold. Or perhaps the IoT will detect when a user is hungry before the user registers the same thing, resulting in restaurant offers on a smartphone or alerts about what is currently in the fridge. In other words, the virtual world is able to detect needs based off of a virtual profile, creating an easier, more responsive, and more personalized experience for all involved.

The virtual world of the Internet of Things is now well within reach thanks to advances in wearable technology. One of the best examples illustrating this is Google Glass, which truly creates a virtual environment that allows for interaction based on voice recognition, gestures, and other factors like location. While Google Glass didn’t necessarily take off in popularity, more wearables are on the way that will connect people with the IoT, giving them a chance to manipulate and respond to the world around them. This added level of interaction will not only affect our surroundings, it may impact how we communicate with other people through social media.

In much the same way the internet and cloud computing has changed the business world, the Internet of Things has the power to transform our everyday lives through the creation of a virtual world. Obstacles still remain, though, such as the need to create a centralized platform whereby all these objects can interact and communicate, but the possibility is there.

Whether it happens in five or fifty years, the IoT will eventually play a major role in our lives, giving us new levels of control over both the physical and virtual world.