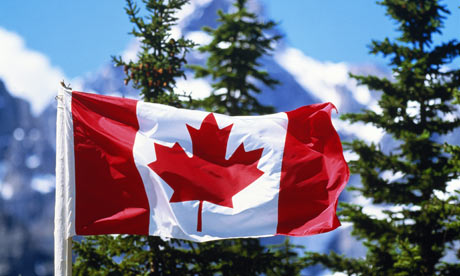 In June, I had the opportunity to present a workshop on media relations to a group of technology startups in Atlantic Canada.

Their technology products were impressive. It was a rewarding experience for me and from the reports I received, the participating startups were glad they attended the session.

Why? Because editors and reporters are too busy caring about the startups and small businesses that already have their attention. For the most part, that means startups in central Canada. So, if you’re a start-up located in Atlantic Canada or another smaller ecosystem, you’re instantly at a disadvantage.

The Canadian media, especially national media outlets rarely cover start up stories in Canada’s smaller startup communities on a consistent basis. And that situation is not going to change. It’s not going to change as long as startups remain untrained in media relations and as long as incubator organizations fail to implement proactive media relations programs at the individual organization level and at a group level.

MUST READ: The Truth About Tech Journalism

If you want national and international media outlets to pay attention, you have to get up off your duff and take a story to them—one editor, one reporter at a time. Sure, there may be a market for a startup’s product in Atlantic Canada and coverage in provincial and regional media outlets is all well and good but to accelerate the growth of a new, small business, especially a technology business, you need speedy access and positive reaction from major markets in Canada and the US.

I’ll be the first to admit that approaching the media is not easy. Editors and reporters are swamped with news releases and emails every day; news releases that make grandiose statements and often contain questionable claims about products and services. Small wonder editors and reporters are jaded, cranky and unreceptive, especially these days when the Internet, social media and all things on line continue to threaten the very existence of traditional media.

Like just about everything in life, success is about relationships. You have to know the people who write, broadcast and blog about your technology, your type of business. Most important, they have to know that you know. Sending a simple email to a reporter indicating that you read one of their articles and want to introduce your company is one of the simplest yet powerful initiatives a start up can undertake. A group of startups could do the same. An incubator organization could do the same.

In my experience—I’ve worked with about 50 start ups over the past 15 years—new companies focus inward and fail to look outward, through the media, to potential customers and markets. That’s not surprising given that innovators of technology not innovators of communications found most new companies. Incubator organizations also fail to effectively communicate with the media beyond their regions.

On a positive note, what I do know after 15 years of talking to editors and reporters is that a good story will still get their attention. The resulting coverage has a halo effect on everyone in the vicinity: the startup, their shareholders, the incubator organization, local government and potential customers.

Despite their unenviable positions, regardless of how jaded and hardened they may be, an editor and reporter will always be open to a good story idea—especially one delivered to them by an entrepreneur who has taken the time to read, watch or listen to their content.  Based on the same experience, I know that this rule holds true regardless of where that reporter is located be it Toronto, New York, London or San Jose.

With the odd exception, however, these editors and reporters are not going to come to you, the entrepreneur in Atlantic Canada, or wherever you might be.

Understand what your story is and why it would be of interest nationally, internationally and then take it to the appropriate editors and reporters. That’s the way to get coverage of Canadian companies, Canadian technology and Canadian innovation. Unless and until entrepreneurs and the organizations that support them become more adept at media relations at a national and international level, some great stories about Canadian start-ups will never see the light of day.