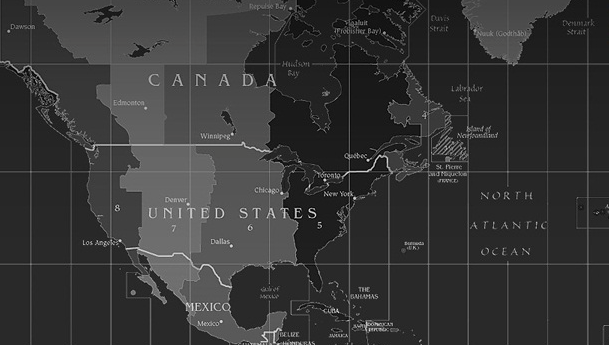 If you live in Toronto, you’ve inevitably been asked the following question: “Have you ever Ubered?”

Three and a half years ago, Toronto became one of hundreds of cities to welcome Uber. On Friday, July 3, Toronto courts declared that Uber must be allowed to operate as a legitimate business in the city without being plagued by taxi broker regulations.

On Monday July 6, Lucas Samuels, the Senior Marketing Manager of Uber Canada, proudly stepped out in front of 60 hopeful tech-enthusiasts as Bruno Mars’ ‘Uptown Funk played faintly in the background.

Spanning several industries across the city, representatives of Toronto’s vibrant tech community gathered on the second floor of King Street’s Bitmaker Labs to hear Samuels relay the secret to building the highest valued startup in the U.S., estimated at $40 billion.

“A few years ago we were only in a few cities and a few countries around the world. Today we’re in over 300 cities, we’ve got hundreds of thousands of driving partners and we’re doing millions and millions of trips a day,” said Samuels.

However, Toronto posed a new problem for Uber. Before the transportation company enters a new city, the enthusiasm and product awareness already present in that location are assessed. Toronto residents had barely heard of Uber and didn’t know how to use it, but the San-Francisco based startup decided to enter the market anyway.

“Toronto three and a half years ago was a much different story for Uber. We started in Toronto with zero signups and zero brand awareness, but it’s a metropolitan city, the core of Canada, and we knew it was somewhere we had to be,” Samuels continued. “The National Post didn’t even understand who we were. The day we launched, they put a limo on the front page,” said Samuels.

Toronto has since embraced Uber, whose expanded their service across the GTA. Uber’s mobile accessibility and youthful flare makes it especially popular with millennials, such as psychology undergraduate student Paige Mackey.

“Everyone’s really into it! It’s really easy to use. I use it most weekends. I love that you can see where your driver is,” said Mackey, whose planning to do her graduate degree in marketing. Her interest in startups and entrepreneurship brings her to many networking events like this one.

Samuels highlighted that Uber’s marketing partnerships are often used as a way to reach new demographics. As a result, students aren’t the only ones taking advantage of Bitmaker Labs first paid workshop. After the presentation, Sorren Isler, Vibhu Gairola and Uppi Doshi sit chatting.

“I find Uber to be quite addictive and I wanted to see why I was enjoying it so much,” said Gairola, a Toronto-based freelance writer whose comment was quickly seconded by Isler and Doshi. They’re all avid users of several Uber services and wanted to find out why they can’t seem to get enough.

However, Uber’s customers aren’t the only ones asking for more. Toronto-based tech companies have begun emulating Uber’s business model.

“I was just interested in learning more about it. I obviously think Uber is just a great company. Any insight into how someone has done so much in such a short period of time, I find kind of inspiring,” said Isler, who works in app development at Air Miles.

Doshi, who works in Bell Media’s marketing department, not only enjoys using Uber, but wants to work for a company that resembles Uber.

“I’m actually looking into making a career switch, something with fewer than 100 people, and something disruptive. It’s interesting to see Uber’s model as I talk to other prospects. I’m at a stage in life where I want to try new things. ” said Doshi

On Friday, as Toronto court confirmed that the communications company is not acting as a taxi broker, meaning that regulations surrounding taxi companies in Toronto do not apply to them. With this development, Uber’s four Toronto representatives are set to continue revolutionizing Toronto’s transportation scene as the company looks towards entering more cities in the near future.