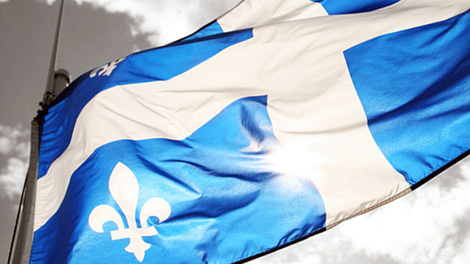 The Parti Quebecois is aiming to expand the reach of Quebec’s language laws.

Basic human rights violations aside, any new restrictive laws that are passed will make it increasingly difficult and expensive for local businesses to compete both at home and abroad. Undoubtedly, Quebec’s strongest financial market is Montreal, whose development is at serious risk.

During the 1960s and 1970s, Montreal stood as a beacon of technological advancement, proudly hosting Expo 67 and displaying a renewed energy with the 1976 Summer Olympics. At the time, the city was the largest commercial and financial centre in Canada.

During the late 1970s and early 1980s, hundreds of thousands of residents began to feel unwelcome as the 1977 Charter of the French Language (Bill 101) was passed. As a direct result of this cultural schism, a mass exodus of business professionals (primarily flowing to Toronto) lead to a dearth of corporate head offices remaining in Montreal. The province of Quebec, once on a path to excellence and renown, began its downward spiral.

Despite these setbacks, Montreal has emerged as one of North America’s leading hubs for technological innovation. Over the last decade, passionate leaders and expectant investors have pioneered investments in new technologies and startups adapting to this restrictiveness with some success.

During that time, the language laws have been perverted to be more anti-English than pro-French, leading to the current state of affairs where the government essentially promotes an almost xenophobic agenda. In that vein, Bill 14 is now being proposed as an amendment with new laws that will once again make it significantly more difficult for Anglophone professionals to live and operate in Quebec.

Since the 1980s, not only has Toronto become Canada’s commercial centre, its technology industry has also followed suit, advancing to meet the expectations and demands of the world. In February, having given a talk at PodCamp Toronto (a social media conference), I ended up in several discussions about how Toronto is trying to become the next Silicon Valley, joining cities such as New York and San Francisco in the top spots.

I pointed out that Montreal is well on its way to becoming a technology mecca in its own right. Others mentioned that both Canadian metropolises are on par with New York in chasing after the “dream” but that Montreal was at a severe disadvantage because of its crippling and small-minded language laws.

ILLUSION OF A SELF-SUSTAINING ECONOMY

The PQ is trying to push ideas onto its constituents that will essentially sabotage their own future. The illusion of a self-sustaining Quebec economy is fanciful and downright quixotic when considered on a larger scale. The illusion is nowhere more apparent than in the field of technology. Here, startups cannot survive in a vacuum. Collaboration between talent within Quebec and abroad is essential to any kind of long-term success.

Among the most sought-after jobs in the near future will be those based in the technology sector. While Montreal is somewhat established, it is precariously so as it could easily lose that edge should new language laws force companies to restrain their growth. This restraint occurs directly such as forcing companies to ubiquitously adopt French language policies, and indirectly through the lack of qualified staff due to a limited English-speaking labour force.

The technology sector of the Quebec economy ranges from freelance web designers who obviously learn to code in English to inventive companies targeting international markets. Demand for small business products and services is frequently found outside the province where English is the norm.

The future of Quebec will not rely so much on the manufacturing of products. It’s no secret that seemingly countless businesses now have their products manufactured overseas. The next generation is and will continue to focus on technology.

Highly successful startups like BlackBerry (Research in Motion), Hootsuite, FreshBooks, OneDesk, Shopify, all began as Canadian endeavors. Enterprising companies like Ubisoft also have a significant presence. Montreal wants to grow in the technology sector and this should be encouraged, not deterred.

A shortage today will hamper our ability to truly grow in the future. Since education and understanding take time to develop, we need to start now to be properly prepared. Restricting English education means that today’s youth will be at a severe disadvantage when they look for employment, especially as they try to enter the technology sector.

THE ACCEPTED LANGUAGE OF INTERNATIONAL TRADE

The international language of the business world is English. If a Quebec-based company is looking for foreign investment, it is far more likely to use English to compete, not French. The English language is the accepted trade language and used for commercial convenience worldwide. Using it removes a hurdle that need not be present.

In pushing against this reality, the PQ is hindering commercial activity in a profoundly destructive way. Under the most auspicious conditions they may indeed, to some degree, preserve the purity of their cultural heritage but it would be at the sacrifice of their ultimate importance in the world. Quebec would then sadly be the little engine that could but settling for mediocrity, a footnote in the annals of history. This would be particularly unfortunate given the richness of Quebec as a place to live.

If we are to look at the use of English in international markets, one individual to pay attention to would be Gaétan Frigon, who represents large Quebec-based companies on a worldwide scale. He is the former head of the Société Alcool Québec (SAQ, the Quebec Liquor Corporation) and Loto-Québec who wrote in a La Presse article that in his international dealings, English was the common language that business representatives would use to communicate with one another.

He went on to say that French was completely unnecessary on numerous business trips and that he would have been lost without a thorough grasp of English. He made it clear that when representatives from different non-English countries would meet (such as Germans and Chinese business professionals), they almost invariably negotiated deals in English.

In the short term, accommodating the language-based business laws means less time to actually run a company, greater compliance expenses, and increased frustration through acquiescing to discriminatory rules and regulations. The potential political gain and the expected cultural benefits pale in comparison with the erosion of the continued expansion of the province’s economic prosperity.

In any case, the message is clear: The government wants companies to grow so that it can collect more taxes but business owners risk paying extra for that growth, and worse, be forced to use a language that they would prefer not to. Far too many will not want to deal with the headaches and close up shop, throwing the baby out with the bath water. This is especially true among small business entrepreneurs who do not have a lot of time as it is. People do not exist merely to work. This is just one more stressor that will limit time, effectiveness, and commercial drive.

Laws like Bill 101 and Bill 14 appear to be written by people who are afraid of progress. Ask any social media or technology-based professional and they’ll tell you how fast technology is moving. So while the creation, innovation, and general use of technology rapidly spreads around the world, Quebec is trying to pass laws that reigns in this momentum, keeping the province moving at a snail’s pace, making it increasingly impossible to compete.

In reality, it may not be the language so much as it is the on-going spread of fear. Fear of an English-run province appears to be a strong way to get votes. The distorted threat of English-speaking people taking jobs, ruining Francophone lives, and so on, is high on the list of political scare tactics.

While first world nations worldwide are trying to enhance global communication, and ultimately commerce, by teaching English, remarkably Quebec is going out of its way to impose limits and in fact penalize it through the use of the Office québécoise de la langue française – also known as the “Quebec Language Police.”

Earlier in my career, I was studying Behavioural Psychology at McGill University with a specialty in Autism. If there’s anything that worked to help improve the lives of children with this disorder, it was helping them to communicate. The ability to communicate would open their world to tremendous opportunities for growth as it would widen their world to previously undiscoverable possibilities. Similarly, the ability to use English to communicate should not be a restricted option but promoted as a highly desirable privilege.

Given the proposed changes to the language laws, what would motivate a company to grow? If there’s a law which effectively states that if your small company grows too large, you have to spend enormous amounts of money to change the status quo and change the corporate culture, how does that reward companies for success?

The Quebec Language Police are going after businesses for such inanities as English on/off power buttons on microwaves (which was the case for the very popular Montreal restaurant Joe Beef, owned by David McMillan), and frowning upon the use of foreign words such as pasta, shish taouk, curry, and latke. This verges on abuse and is tainted with more than a fair share of isolationism.

It appears that Quebec politicians are out to destroy their own technology sector and long-term provincial viability just to achieve their own selfish and short-sighted agendas. The PQ should not fear an English technology community but rather embrace it for future generations to prosper. The language laws in Quebec are simply bad for the Province’s business community and should be abolished.

Otherwise, Quebec businesses will continue to lag behind in the English-dominated technology sector until we become irrelevant on the global stage.