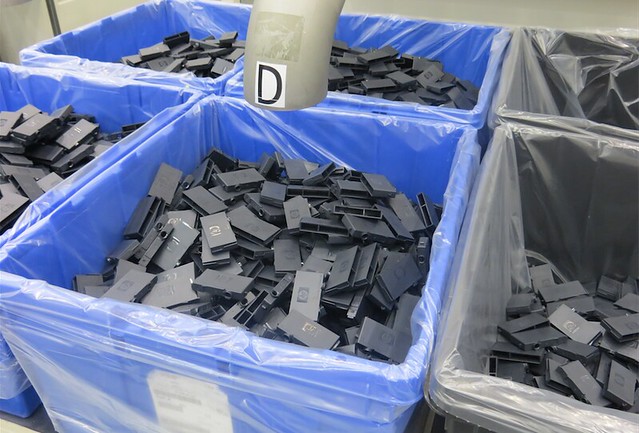 The printer industry has never been known for being green. After all, it’s a business based on machines that print ink on billions of pieces of paper using tiny single-use plastic cartridges.

It’s one of the reasons that HP was recently named the most environmentally friendly IT company in Canada. I visited one of HP’s facilities involved in the recycling process and learned that its recycled cartridges come from a mix of plastic water bottles, clothes hangers, and cartridges recycled by HP’s consumer and enterprise customers (HP tries to make it easy for customers to recycle their used cartridges, supplying free bags and boxes and offering free shipping, as well as providing 9,000 drop-off locations around the world).

KEEPING PLASTIC OUT OF LANDFILLS

The technology campus I visited was located in Liffey Park, one of Ireland’s four HP facilities—which apparently combine to employ nearly one percent of the entire population of the country. But Canada is also deeply involved in HP’s ink cartridge recycling process: at a facility in Montreal, the company partners with Canadian firm Lavergne to create the raw material that Dublin’s facility works with to build new cartridges.

The company wouldn’t disclose the percentage of cartridges customers return, but according to HP, almost 600 million of their cartridges have been returned to them since 1991, which means as many cartridges were kept out of landfills. The company has also made use of more than 2.5 billion plastic bottles since 2005. It just started recycling hangers late last year but says it has already incorporated well over a million of them in its recycling process. Consequently, HP has manufactured two billion ink and toner cartridges made with recycled content. 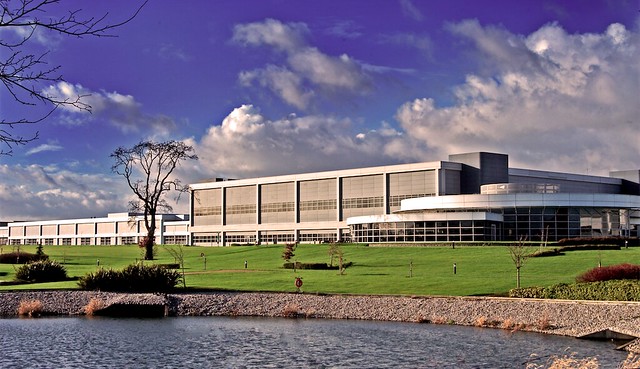 HP says that 60% of its overall carbon footprint is product use, meaning those used cartridges are significantly more damaging to the environment than facility energy costs, fossil fuels from commuting employees, or shipping and transportation. Which explains why the company is investing so much into this closed loop recycling process, a process it hopes will continue to improve, with more cartridges being made of more recycled plastic. So far, the process has reduced the carbon footprint of HP’s cartridge manufacturing by 33 percent and reduced fossil fuel consumption during production by 54 percent.

“Our customers want high-quality printed content for both business and personal documents—without breaking their budget or compromising their commitment to environmental responsibility,” explained Stephen Nigro, senior vice president of Inkjet and Printing Solutions for HP. “From cartridges with recycled plastic to energy-efficient printing products and waste-reducing packaging design, we are offering customers solutions that make it easy for them to enjoy cost and resource savings in their everyday lives.”

Of course, it’s not just about selling cartridges with an environmentally friendly pedigree. HP also invests in making its customers use their printers in more eco-savvy ways. Its goal in a nutshell is to “develop products that use significantly less energy and offer services to help our customers manage their technology”—the latter of which employs such tactics as double-sided printing, pull printing, and lower-energy machines that require barely any electricity to operate (an HP LaserJet printer that used to cost more than $50 annually to operate in the 1980s now costs less than $2).

Sizeable customers can get extra attention from HP in the form of “HP Managed Print Services” and have been able to make significant improvements in reducing their own carbon footprints. Disney, for example, saves 1.5 million sheets of paper per month since switching to duplex printing and now recycles 100% of its used toner cartridges; 3M decreased its carbon dioxide emissions by 8,000 metric tonnes; and General Mills saves over $1.1 million annually, a cost reduction of more than 50%, according to HP.

Closing the loop is a major milestone for the company, which claims to have been leading environmental initiatives among tech giants since the 1957, when “Global Citizenship” became a core company objective. HP says it has been working toward a closed loop since 1991, when it first launched its Planet Partners program.

Let’s not kid ourselves: printers remain an inherently anti-green business. The average American office worker prints a staggering 10,000 sheets of paper per year, and it’s safe to say not all of those pages are being used effectively, nor being recycled properly. But HP is working hard to make printing as green as possible, and that’s worth commending.