The idea of Hyperloop routes around the world keeps inching forward towards reality.

A little while ago Hyperloop One held a global competition to accept proposals for potential routes a Hyperloop could connect. The winners of that competition have now been announced, featuring routes in Canada, U.S., India, U.K., and Mexico.

Hundreds of teams applied from all around the globe and the Hyperloop One team was tasked with choosing routes that best fit the description for an ultra-fast connection between two major cities. Infrastructure, technology, regulatory hurdles and transportation deficiencies were all consulted before choices were made.

One Canadian route made the cut. Hyperloop One found that a potential trip between Montreal and Toronto can be streamlined and “Hyperlooped,” if you will. The current trip between the two cities is just shy of 550 kilometers and a five and a half hour car ride (or hour and 10-minute flight). If a hyperloop is built, that trip could fall below 40 minutes—total. Living in Toronto and heading to Montreal for a smoked meat sandwich and authentic poutine lunch could now be something you do regularly.

There are no real timelines on how fast a hyperloop can be set up, but TransPod, a Canadian startup founded in 2015 and direct Hyperloop One competitor, is trying to develop commercially viable options that could have a route setup between Montreal and Toronto by 2020. It seems like a lofty goal but this recent confirmation of the route’s viability only adds to the country’s hyperloop hype.

“The results of the Hyperloop One Global Challenge far exceeded our expectations,” said Rob Lloyd, CEO of Hyperloop One in a statement. “We had tremendous interest in this competition, and these ten teams each had their unique strengths in showcasing how they will alleviate serious transportation issues in their regions.”

Other routes selected around the world include: 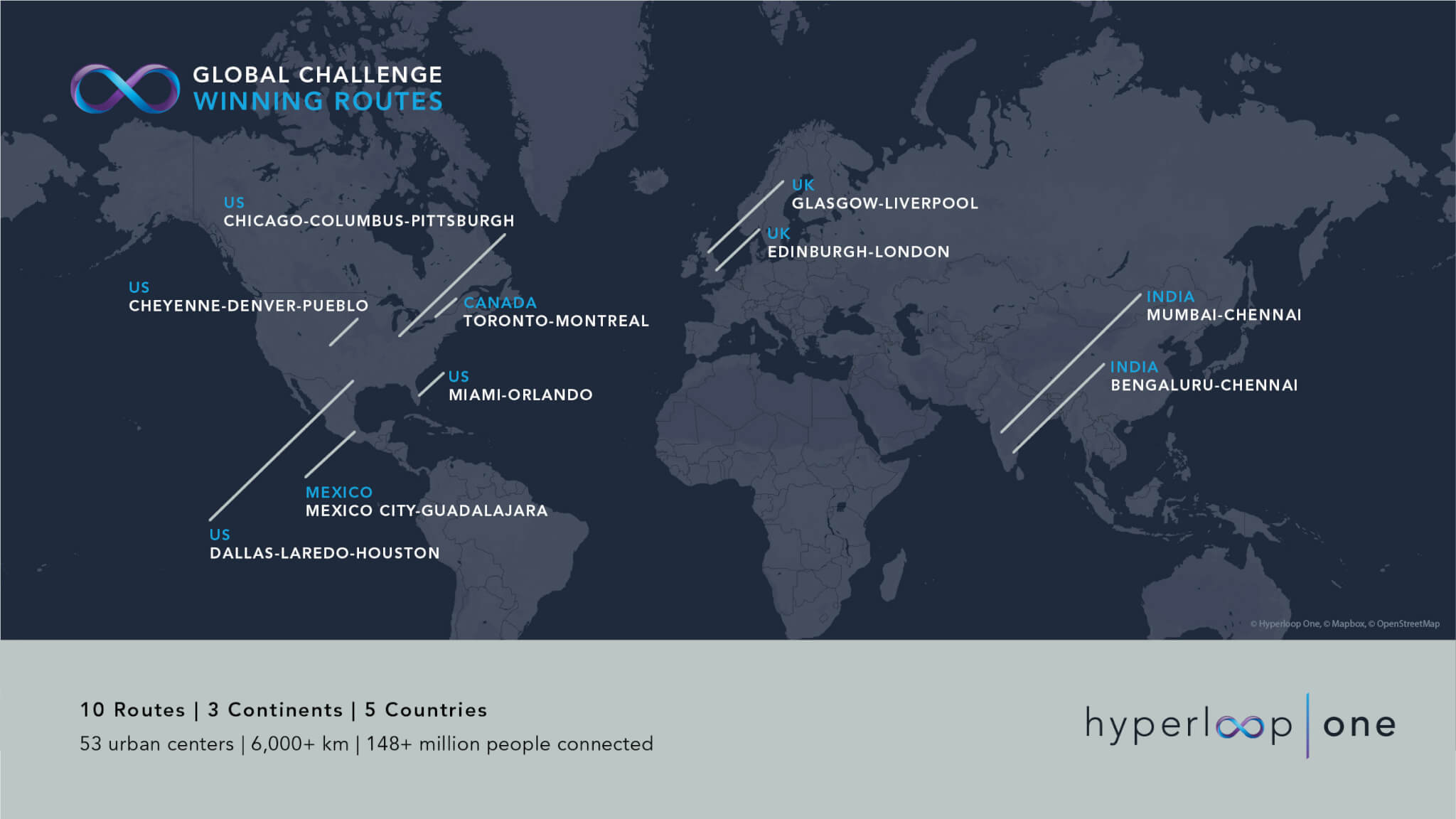 Hyperloop One will hold workshops in each of the cities to aid in the process, meet with stakeholders and gauge what kinds of partnerships can be formed. Hyperloop One has pledged to have three routes operational by 2021.

If you don’t know, hyperloops are underground modes of transportation that use pressure to move a pod through a tube, faster than a jet could go. They are completely solar powered as well, which limits carbon emissions. Tests of the technology have been ongoing for a couple years now with successful runs being completed last year.