The Simpsons, like the real world, is filled with varied personalities. This blog post breaks down some of the characters from the Simpsons and reveals some interesting personality types that seem to correlate with real-life start-up bosses. Here is a brief synopsis of a few Simpsons’ characters and their “boss personas”. 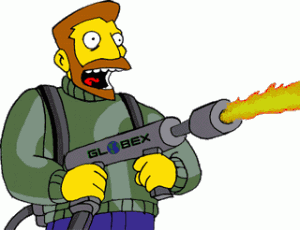 Background: Hank was the Super Villain who lured Homer to Creek to run his nuclearweapons division. Hank was down to earth, yet worldly. He was an expert recruiter, and able to bring in top talent (although Homer is questionable) and get them to perform. Hank was accessible, highly personable and very smart. He wasn’t a micromanager and put faith in his management team, namely Homer.

Characteristics: Highly charismatic, goal oriented and well-funded and not afraid to roll up his sleeves

Summary: Hank was a very successful person and he was able to motivate his employees. Even when Hank’s business was in trouble, he led by example. Hank wasn’t afraid to get his hands dirty by taking a flamethrower to the government agents who invaded his operation. At the end of the day he prevailed, and was good enough to reward Homer by fulfilling his dream of owning an NFL team.

Background: Homer has had the chance to be a boss on many occasions, but the one instance that comes to mind is when he was asked to run a nuclear power plant for super villain Hank Scorpio. He cared about his employees, but didn’t personally have much skill. Despite Homer’s previous experiences, he was still well ahead of the Chemical Weapons and Weather Machine Divisions by motivating his staff. When his employees were working hard to get their work done, he noticed they were getting tired so he ordered hammocks for them. And really, who doesn’t like spending time at the Hammock district down on 3rd?

Summary: Homer may not have been the best boss but he was able to inspire his team onto success. What he lacked in technical ability he delivered in charisma and heart. He was also cognisant that environment plays a role in a team’s productivity.

Background: Howard Frink is the prototypical techie. Frink is constantly designing and creating new inventions, but doesn’t consider whether the market needs or wants his solution. His experiments or prototypes would typically blow up in his face after he had given them a very long and wordy title.

Characteristics: Highly intelligent, can be unfocused, out of touch with the customer

Summary: While he is a great inventor, he could use some help with marketing, product planning and management.

Background: What can be said about Mr. Burns? He is a successful entrepreneur, but got there by nefarious means. See this discussion with the Mexican equivalent of Stephen Spielberg for an example of his credentials.

Mr. Burns: OK, Spielbergo, I want you to do for me what Spielberg did for Oskar Schindler.
Sr. Spielbergo: Schindler es muy bueno, Senor Burns es el diablo.
Mr. Burns: Pish posh! Listen, Spielbergo, Schindler and I are like peas in a pod! We’re both factory owners, we both made shells for the Nazis, but mine worked, damn it!

Summary: This is the type of boss that if you are successful you probably won’t benefit from it and lose a part of your soul in the process. 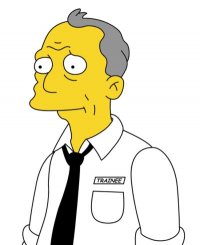 Summary: Gil is the guy who could never close the big deal. It didn’t matter how close he was – he always found a way to mess it up. Beware of the Gil in any company you join. 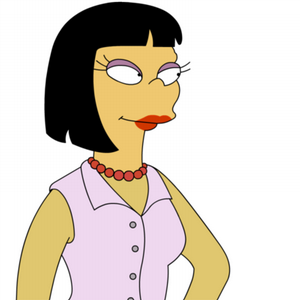 Background: When Marge decided to play her hand at real estate, she was quickly confronted by Cookie Kwan. Cookie warned her to stay away from the West Side. Have you ever encountered a boss who tries to keep things from you? Or keep a cool project all to themselves? Cookie Kwan was a typical example of this.

Characteristics: Highly protective of her territory and hides information

Summary: Beware of hoarder bosses. If you are unable to get information, or get involved with certain projects you may have a Cookie Kwan on your hands.

Background: Comic Book Guy owns and operates his own Comic Book store. Comic books may be his passion, but his customer service, quite frankly, sucks. Comic book Guy isn’t helpful because he constantly displays contempt for those “not his level” (or his perceived level). We have all had an experience where a knowledgeable person doesn’t take the time to properly educate a customer in a meaningful fashion.

Characteristics: Extremely knowledgeable about the product, but isn’t the best when it comes to the customer.

Summary: While comic book guy runs a business, it may not ultimately be successful due to his inability to deal with his customer effectively and impart his knowledge.

Background: He was spurned by Marge in high school and turned that chip on his shoulder into ambition. He was able to channel that into creating a billion dollar empire by creating a device that turns annoying modem noise into easy listening music. I can’t help but chuckle because it almost seems like the plot of “The Social Network”, in that Mark Zuckerberg went forward and built a hugely successful company after a bad break-up.

Summary: Artie was motivated by getting denied at a young age. While he was a jerk, he used negative elements in his life to help him succeed. 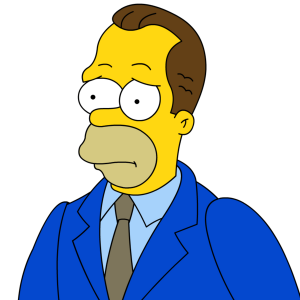 Background: Homer didn’t know he had a brother until he met his half-brother, Herb Powell. Herb was an orphan. Despite disadvantages, he fought back and worked hard to found Powell Motors, a successful car company. He then went on to make the biggest mistake of his life by getting Homer to take the reins of product development. As you may have guessed, Homer messed up big and put Herb out of business. Herb became homeless, but again fought his way back to create a new fortune. He learned the lesson from his previous business and took control of product development to design a revolutionary baby translator.

Summary: While Herb was down, he was never out. He made a critical error by losing control of the product. He learned from this and delivered a homerun.

The Simpsons is full of great start-up lessons and leadership styles. Each has their benefits, but also their disadvantages. Maybe it is time to ask yourself which boss you’re most like!