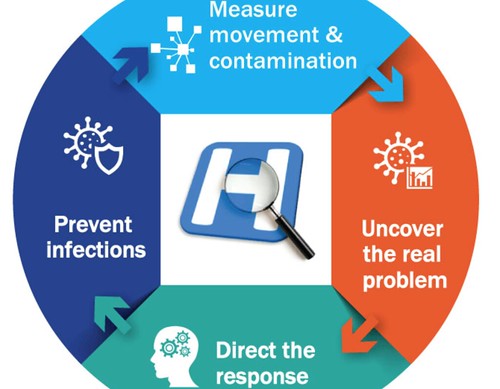 The world’s largest business idea competition awards $5 million annually to entrepreneurs and startups around the world. The competition is part of Governor Andrew Cuomo’s Buffalo Billion initiative, with support from the New York Power Authority.

“The timing for this opportunity couldn’t be better, as we’re seeing compelling results in testing and our business is starting to hit a definite inflection point,” said Thomas Quinn, president and CEO of Infonaut. “As a Toronto company with Buffalo roots, our team is extremely proud to play a part in connecting the Western New York and Southern Ontario entrepreneurial eco-systems, while at the same time contributing to Buffalo’s startup renaissance.”

Infonaut seeks to save lives by solving the global challenge of deadly hospital-acquired infections, which kill more people annually in the U.S. alone than breast cancer and car accidents combined. Infonaut’s mission is to take hospitals beyond staff hand hygiene compliance, to answer the difficult questions of when, where and how infections are spread. Infonaut’s Hospital Watch Live proprietary surveillance, analytics and behavior improvement platform utilizes ultra-accurate real-time location system (RTLS) technology to tackle the problem head on.

“We are happy to elevate Infonaut to our impressive list of 2015 winners and couldn’t be more excited to help fuel their developments in healthcare and medical technology,” said John T. Gavigan, executive director of 43North.

Infonaut is a former MaRS Discovery District startup based in Toronto.

The elevation of Infonaut is a result of a decision by Tel Aviv, Israel-based 43North finalist Get Gems to seek alternate business funding sources for their company.

Short of the grand prize, Toronto’s CleanSlate was one of six companies who won $500,000, while Toronto’s Qoints and Waterloo’s Plum.io netted $250,000 each.