Have you ever spent an embarrassing amount of time editing an Instagram post only to be sharply interrupted by real life? Sadly, you are not alone. Instagram is rolling out a new feature to address this nightmare which allows users to save a draft of their photo then post it later, including the caption, location and tags. This will solve a litany of hacks that users have come up with to save an edited photo, namely attempting to posting the saved image while in airplane mode, effectually saving the edited image in the users photos for repost later.

Trying to create a post that’s just right? With the latest update, you can save as a draft & come back to it later. https://t.co/7lZ0eyNtBC 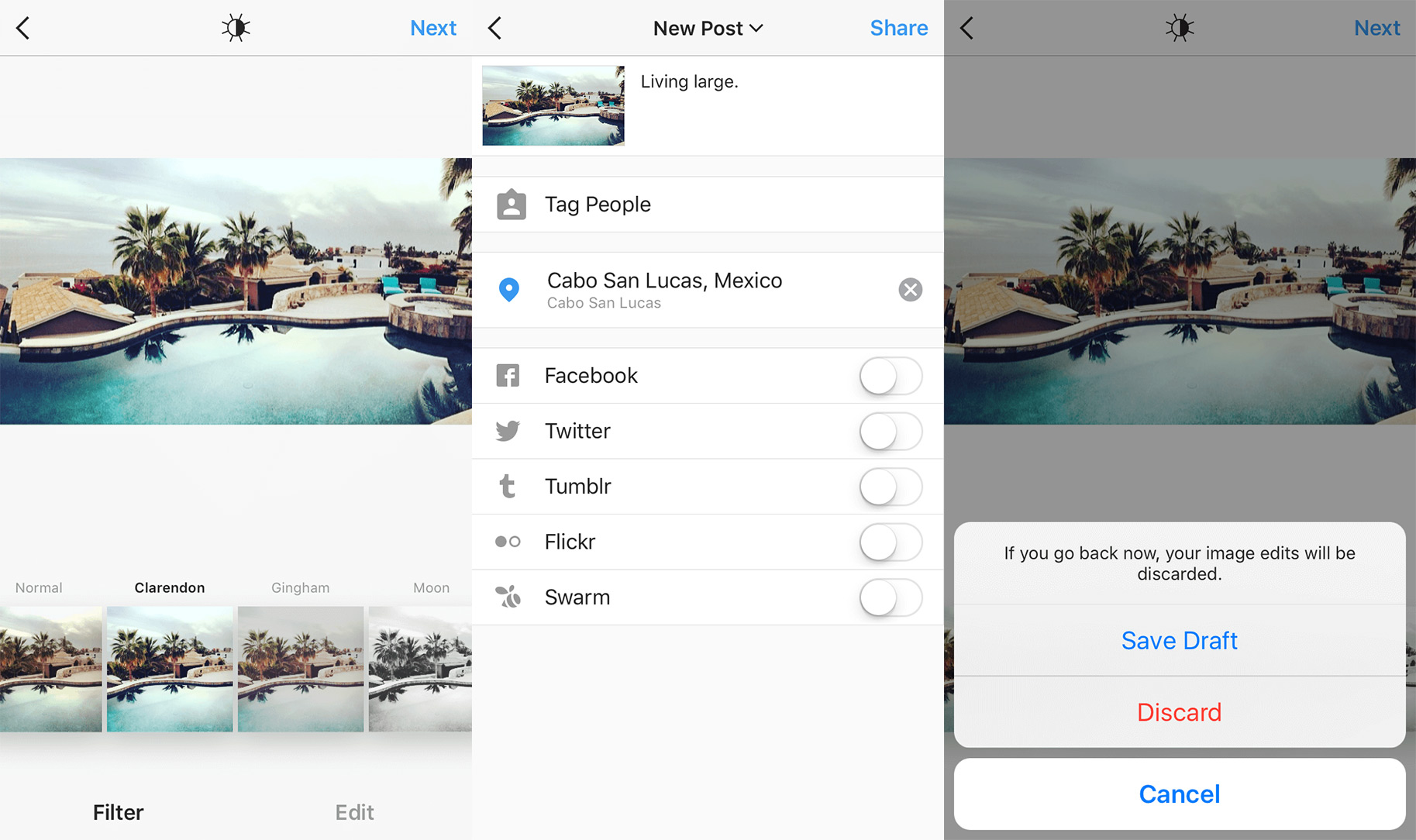 The only thing to remember is that a photo must be edited in some way (filters, caption, tags) in order to be saved as a draft. Just try to back out of an edited photo screen and the app will prompt you to save the draft. Once saved the photo is available from the ‘library’ in the new post menu – with all details editable and ready to post – at least once you figure out the best possible caption.