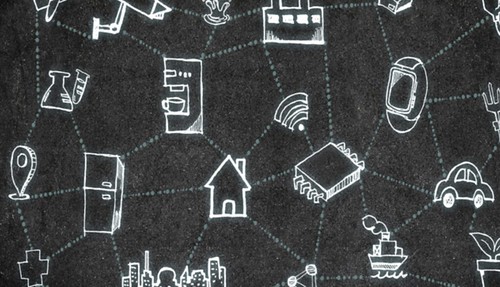 Canada’s largest conference dedicated to digital marketing, advertising and retail has passed us by again.

Dx3 2016 welcomed several special guests to speak on the integration of disruptive digital technology into their respective fields. Now in its fifth year, Dx3 featured over 100 sponsors and exhibitors, nine interactive zones, and several panel presentations.

Upon the conclusion of the two-day conference it was clear that digital technology is changing the way we interact with customers, though there are still many unanswered questions about how industry experts are planning to keep up.

According to Paul Briggs, who spoke in the “Connecting your customers to the internet of things” panel on day one of the conference, no retailer can underestimate the impact of IoT. He claims that IoT is going to be a very rich targeting tool for marketers whether hesitant companies want to embrace it or not.

“All appliance manufacturers are going to be IoT capable. If not today, in the very near future.”

Briggs is a Canadian analyst for eMarketer and goes on to say that though these changes are coming, many are pacing their implementation of this technology.

“The trigger will happen at some point when you start to see tangible benefits.”

Also on this panel were Doug Soltys, Editor-in-Chief of Betakit; Elaine Mah, Director of Intel Canada; and Rahul Raj, the director of marketing and e-commerce at ecobee. Mah goes on to address why issues of privacy and security always seem to be at odds with innovative development. She says that companies need to think differently about protecting consumer data by planning for it from the get go rather than considering it as an afterthought.

“Security and privacy are two of the largest barriers to the adoption of IoT,” said Mah. “You can’t screw it on after the fact. It needs to be part of the solution.”

Briggs explains that one tangible example of the lack of consumer knowledge around their own data lies in the terms and conditions many unknowingly agree to. He does say however that “If you’re going to collect data you need to be very upfront.”

However, wireless business initiatives weren’t the only thing that took centre stage at the two-day conference. Bram Warshafsky is one example of an entrepreneur that’s simply changed his model, which he claims saves his clients time and money.

Warshafsky is the founder of 5Crowd, a marketing agency that employs freelancers cross 150 cities and has worked with big name brands such as Twitter and Pepsi.

“The idea of 5Crowd was to create the business partner that I wish I had when I was client-side,” said Warshafsky.

Though Warshafsky’s solution isn’t based in tech, it’s important to note that without wireless advances, this kind of business model wouldn’t be possible.

He goes on to say that demographics are changing just as quickly as technology, pushing companies to adopt a work structure more suited to a lifestyle-driven generation.

“Essentially, the idea is that in academia you’ve always had product and service, but more and more you have companies innovating in the middle. I think what’s driving it is demographic shifts and technology shifts.”

He stresses that this model allows freelancers to work from anywhere in the world and required no changes on the part of clients. Demographic changes truly are the driving force behind these changes, and in addition, influence how quickly certain technologies are adopted by various industries.