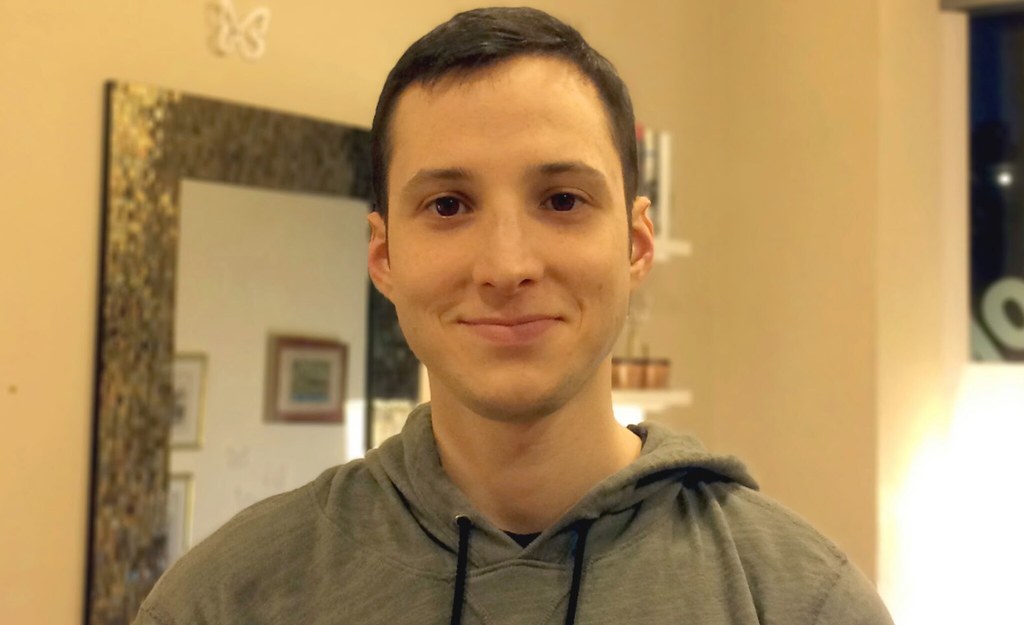 From startups to web development, Julian Shapiro has left a dent on the tech world. In 2011 he launched NameLayer.com, a domain name technology company that was acquired by Techstars. In 2014, he launched Libscore.

An open-source developer, Shapiro works at the intersection of development and business. We sat down with him to ask some questions about Velocity.js, one of his open source contributions, and other things.

TV: Tell us about the experience of building a major open source project.

JS: Velocity began as a simple library for animating text elements. The leading JavaScript toolkit, jQuery, has its own animation engine that’s widely in use. But it’s too slow, and it lacks the animation-specific workflow enhancements to really be viable for complex and high-performance animation sequences.

After the sale of my startup, NameLayer, I had the luxury of being able to code simply for the sake of coding. I didn’t need a path to monetization. I just wanted a path to enjoyment and childlike fun.

My desire to animate text was in replicating the beautiful typographic animation sequences in movie titles, commercials, and sleek mobile apps. I wanted that animation power for myself. I’ve been infatuated with beautiful motion design ever since I saw futuristic user interface graphics in movies as a kid. There’s something transcendent and just plain cool about intricate design in motion. Further, for the same reason that designers spend hours perfecting their pages’ font and color combinations, motion designers perfect their animations’ transition and easing combinations—because refined products feel superior. They leave users whispering to themselves, “Wow, this is cool”, right before they turn to a friend and exclaim, “You gotta try this.”

There were countless nights of coding. You know the story. Eventually, a couple months later, I had something that worked quite well. However, all my tests were being run in Chrome—my browser of choice. When I finally bothered checking the code’s compatibility with Safari, Internet Explorer, and Firefox, I realized that I had a ton of work ahead of me if I wanted to polish off this library for public release—a concept I still wasn’t convinced of. The reason this additional workload was necessary was two-fold: First, major sites won’t adopt a library that only works on a subset of browsers because their users come from all around the world bearing all types of browser and device configurations. And, second, if I didn’t perform extensive bug testing, the library would be dismissed as a half-baked contender from the outset.

So I had to make a decision as to whether I would dive even deeper into this unexpectedly full-time project or end it where it was and continue with my spree of intermittently coding away on fun, experimental projects. I decided to continue. I needed this animation engine for my own startups, and my own startups—if they repeat the success of NameLayer—will too need to have websites that cater to users everywhere.

Pursuing Velocity at this turning point was easily the best “work”-related decision I’ve ever made.

TV: You put a lot of energy into marketing.

JS: Absolutely. My marketing outreach ultimately culminated in book publishers asking me to write a (hopefully) seminal guide to web animation since one had not yet been written elsewhere. Several months later, my animation book was published with Pearson. It’s served to acclimate novice web developers to the wonderful world of animation, and how Velocity fits in.

I never expected this level of adoption or awareness, but with it has come a very gratifying sense of having spent my time wisely. That’s probably what I’m most happy about—that the nine month journey of Velocity’s development didn’t prove to be a lesser-efficient use of my time than pursuing another startup would have been. And, of course, I love the fact that professional web developers are now able to deliver fast and cutting-edge animation experiences on the Web and in web-based mobile apps.

My personal takeaway of my own web development experiences is quite clear: If you put serious effort into coding projects, and treat them with the same attention to detail, relentless work ethic, and concern for marketing as a regular startup, you can see even more success than your startup would have given an equal amount of your precious time and energy.

TV: Have you been in close contact with Velocity’s notable users?

JS: Perhaps my favorite interaction was with WhatsApp’s Pasha Sadri. He sent me a luxurious box of chocolates as a thank-you. I was floored by how thoughtful (and unneeded, but humblingly appreciated!) that was. WhatsApp’s engineers are some of the most thoughtful developers I’ve ever come across.

I’ve had many engineers from Google, Mozilla, and Yahoo! reach out to tell me they’re using Velocity to power their internal UX prototypes, and to offer suggestions on the project. They often take it upon themselves to code new projects that work on top of Velocity, which helps further deliver on my mission of bringing fast, beautiful animation to the Web. Many of these projects have become popular in their own right.

TV: What advice do you have for aspiring open source developers?

JS: Velocity’s broad adoption has come with a level of awareness throughout the industry that I never expected could be so efficient. Ultimately, if I were looking for consulting opportunities, I could easily leverage Velocity’s awareness to secure great gigs and demand high pay. Because of this, my advice to aspiring developers looking to take their programming careers to the next level is 1) Find an unaddressed opportunity in the open source world—a space that is badly in need of a solution (for me, it was animation), 2) Truly understand the problem so you can sufficiently reduce the solution in scope until it’s reasonable to accomplishable in your free time, 3) Build it, 4) Dedicate at least several weeks to part-time marketing on your project’s behalf, then 5) Publicly affiliate yourself with the work as much as possible.

TV: How hard is it to market an open source project?

JS: Unlike marketing a startup, there’s not a lot of noise in the open source world. You’re not competing against a half-dozen competitors with massive marketing budgets. Instead, every ounce of marketing in web development goes much, much further because there are more people who are willing to listen more intently. Think about it: Web development blogs aren’t as saturated with inbound coverage requests as tech startup blogs are, web development thought leaders aren’t as flooded with emails as VC’s are, and—most importantly—web developers at-large aren’t too jaded to try new open source libraries. The average tech-savvy customer, in contrast, has seen their fare share of SAAS startups attempt to get them to open their wallets and pay for something of questionable value.

And that—money—is at the heart of why it’s so much easier to market open source projects. There isn’t a lot of money in it. In most cases, there’s no incentive for companies to throw money at marketing their development projects, so you’re not fighting for eyeballs. This, then, is where an opportunistic developer should be spending their time if they want to seed their credibility in the field. Do this before building a startup. With the ensuing awareness your project has, it can be easier to find a co-founder, employees, and initial customers.

I’ve written more on this topic, including breaking down some of my marketing techniques, over at Mozilla Hacks.

JS: Building a JavaScript library. There’s way less friction in every step of the process. Plus, you don’t need a co-founder.

In truth, you can build an open source library in a few months then release it to the community for continued development. At that point, you can be fairly hands-off if you want. A startup, however, can can—at best—reach an MVP within a few months, at which point its founders have to dedicate years upon years of continued full-time work to see it succeed by its own metrics.

TV: What advice do you have for aspiring startup founders?

JS: Unlike breaking into the open source world, breaking into tech with a piping hot startup is infinitely more difficult due to the realities of productization. Products require infrastructure, customer relations, ongoing marketing, and a lot of overhead.

Advice for entrepreneurs could span several books, so instead of diving in, I’ll defer to the best startup books I’ve come across:

Most startups die, and what separates the best from the pack is a clear focus on immediate customer validation, which then leads to growth. (A minimum viable product without a focus on growth is usually not a product worth pursuing.) Accordingly, you’ll notice that many of those books deal with marketing.