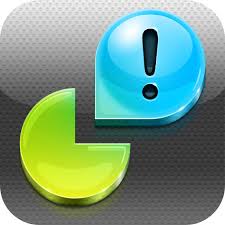 The blogosphere has been atwitter of late regarding the rapid growth of Waterloo-based Kik Interactive’s messaging app and the resulting RIM lawsuit for patent violation.

With Kik pulled from BlackBerry App World, where are the messaging masses to turn?

A stone’s throw away from both RIM’s headquarters and upstart Kik in Waterloo is the home of Enflick – the makers of PingChat.

PingChat is a platform-agnostic messaging app that works on BlackBerry, iPhone and Android devices. Clearly a direct competitor to both Kik and BlackBerry Messenger.

What seperates PingChat from Kik (other than still being part of the BlackBerry App World ecosystem) is rich media support for sharing videos and photos, the ability to share location, and social networking features like setting your status, etc.

Gary Fung is the co-founder of Enflick and creator of PingChat, which was originally developed 12 months ago. Enflick’s other flagship product is TextNow – a top seller in the US iPhone App Store (not currently available in Canada).

According to Fung, PingChat has had nothing but support from RIM in terms of integrating the app’s infrastructure into BlackBerry.

Using RIM’s support of PingChat (and their close to 6 Million downloads as an example), maybe RIM’s recent actions aren’t an attack on their developer ecosystem as some have said but rather just a plain old patent-violation case.