Adobe started as a printing software company in 1982 and has evolved into a global leader in digital media and digital marketing solutions.

Co-founded in a Los Altos garage by Charles Geschke and John Warnock, the company was named after Adobe Creek which ran behind Warnock’s house. The company’s first notable product was PostScript: the first successful algorithm that could describe letterforms from most languages, allowing them to be printed.

Steve Jobs offered five million dollars for the company in its first year, an offer that evolved into a 19 per cent share of the company. Jobs paid a five-times multiple of their company’s valuation and a five-year license fee for PostScript. It was this deal which made Adobe the first company in the history of Silicon Valley to become profitable in its first year.

In 35 years, Adobe has grown to 15,000 employees working around the globe. Although headquartered in San Francisco, Adobe has always maintained a strong presence on the East Coast from with a New York City office.

Directly in the middle of Times Square, the software giant moved their New York City headquarters to the Bertelsmann Building in 2010, a 44-storey office tower. Thirty blocks south is Adobe’s Behance team. Acquired for $150 million in 2012, Behance’s online creative community is home to more than 10 million members and gives creative professionals an outlet to both showcase and discover creative work. 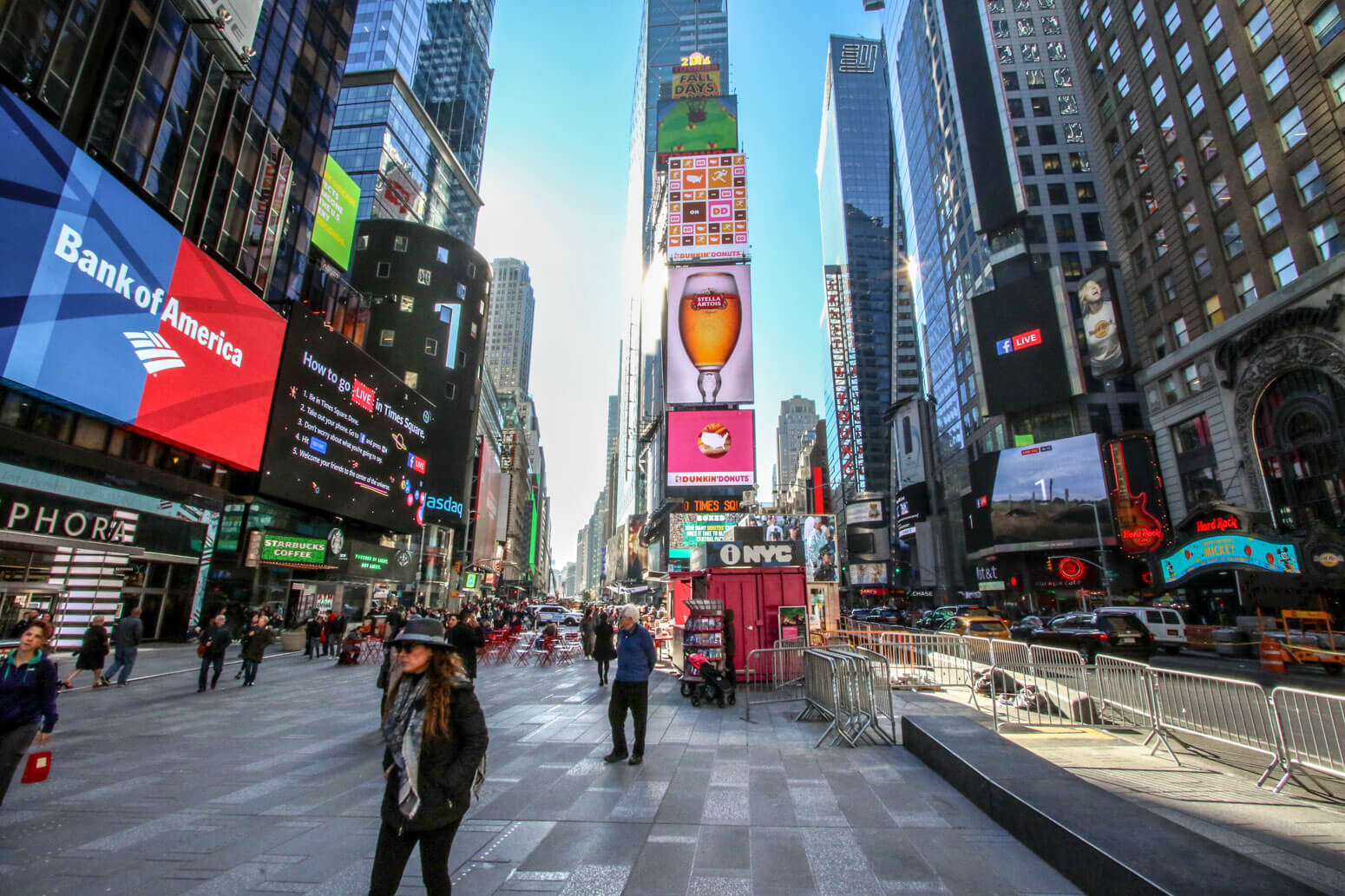 Now firmly planted in both the creative and cloud business, Adobe isn’t losing steam. The software company recorded revenue of $5.85 billion in 2016. Adobe was named one of Fast Company’s “50 Most Innovative Companies” this year and made Glassdoor’s top ten “Best Places to Work.”

New York City is home to 380 Adobe employees. In both Adobe’s Manhattan offices, the company has embraced non-traditional work environments, doing away with cubicles and ushering in open spaces. With a focus on creating small communities and promoting natural synergies between teams, both offices feature a mix of spaces where teams can work, collaborate and socialize—from vinyl booths to bar stools. 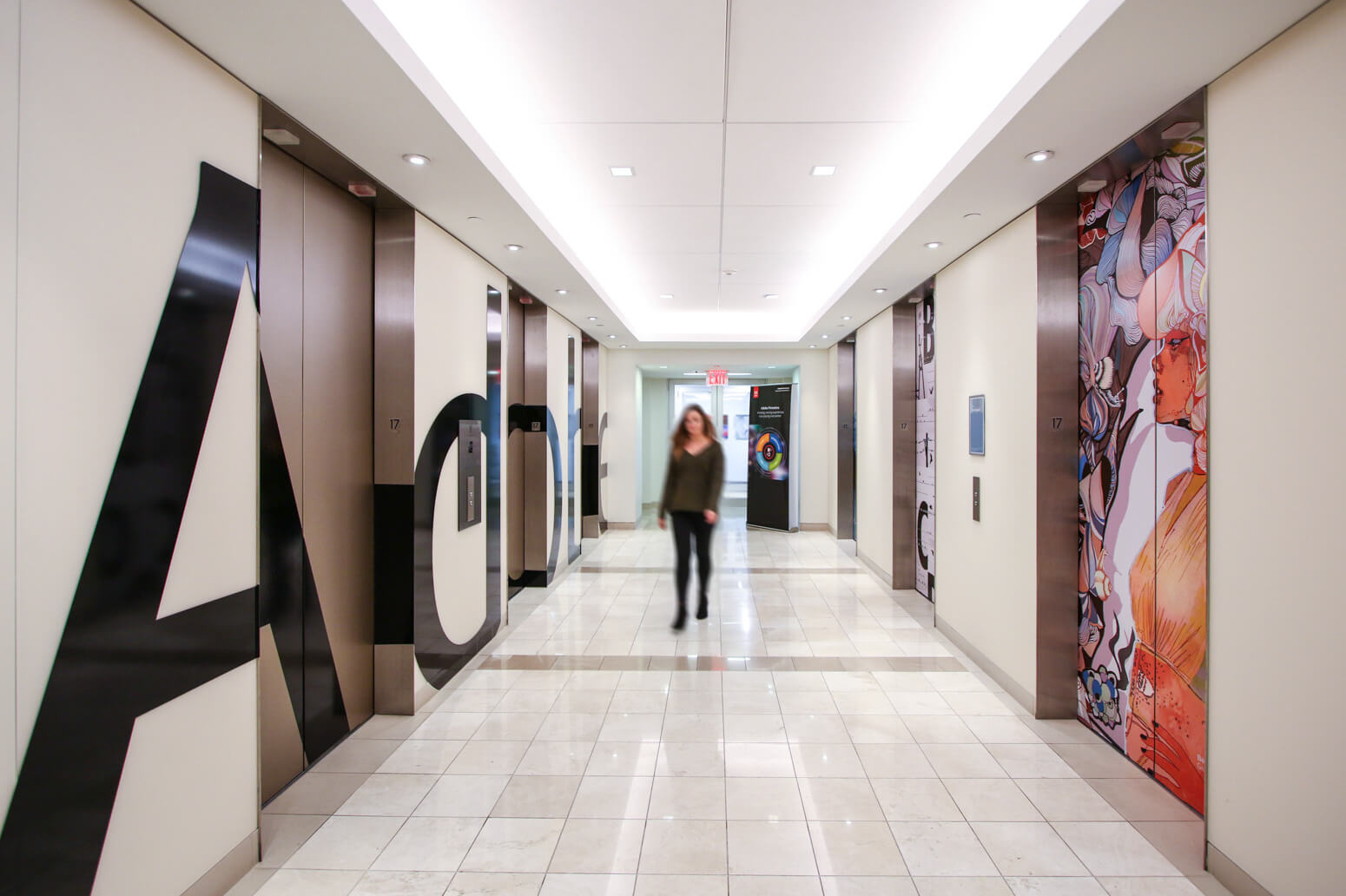 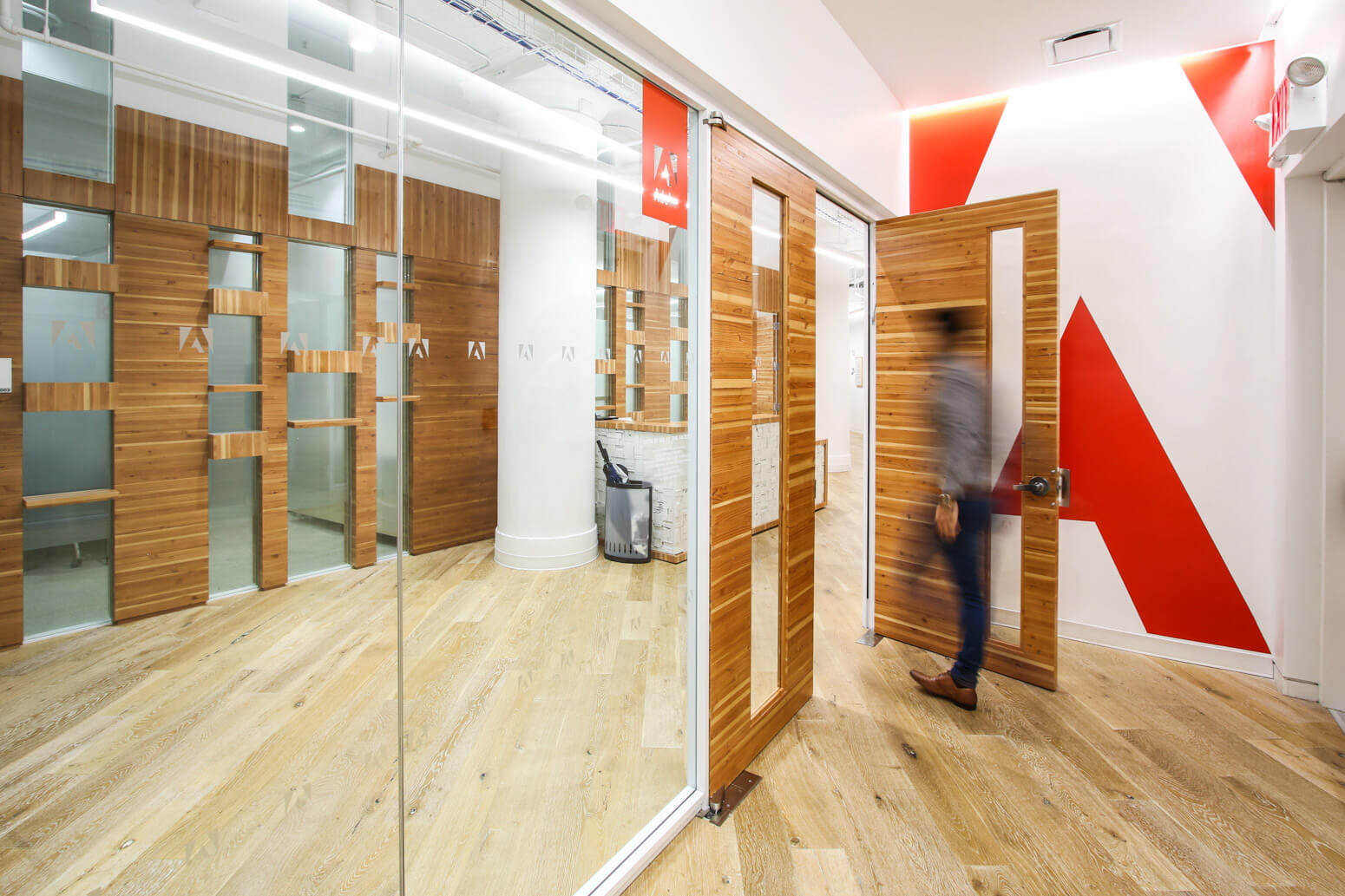 With a view tourists would pay for, employees at 1540 Broadway are treated to two sights: a bustling Times Square and Manhattan’s sought after skyline. The 43rd floor is home to Adobe Global Services and its six consulting teams, while the engineers are consolidated on the 9th. 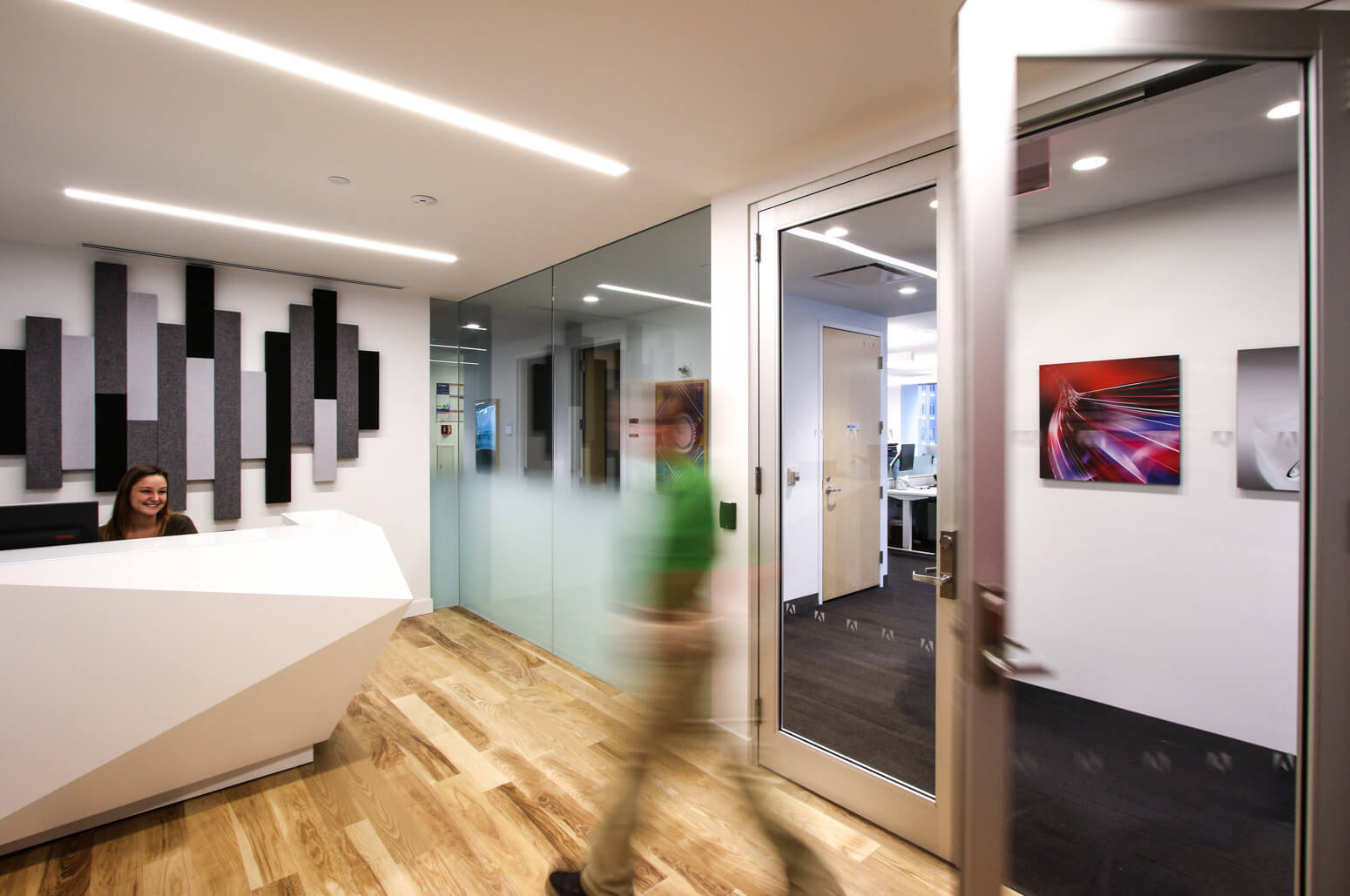 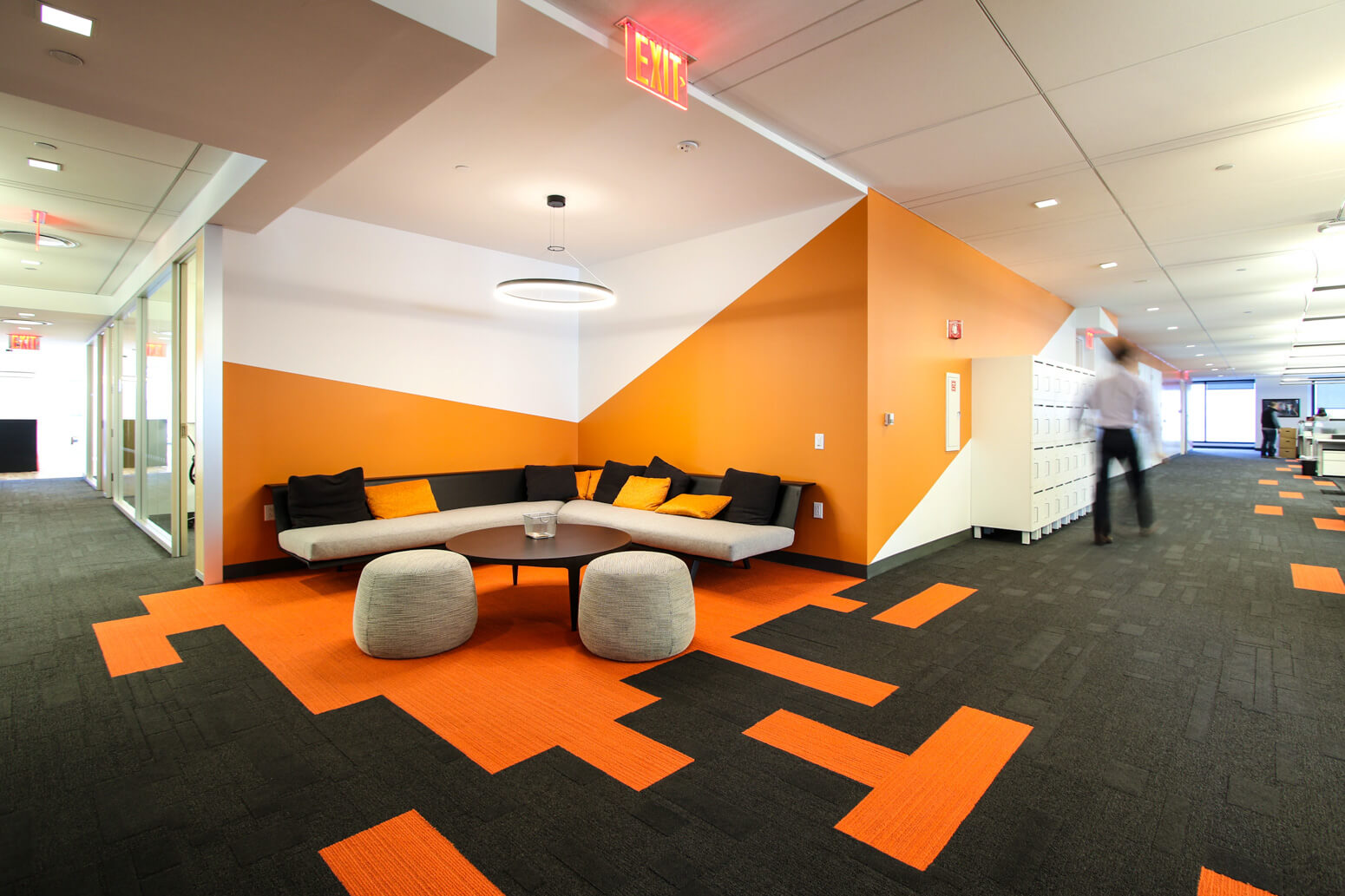 Taking a page from the rich cinema history of the city, all rooms are named after New York-based TV shows and movies. When the offices were refreshed last year, Adobe made a commitment to carve out a communal space for meals, socials, and home to the epic New Years Eve parties high above the crowds below. 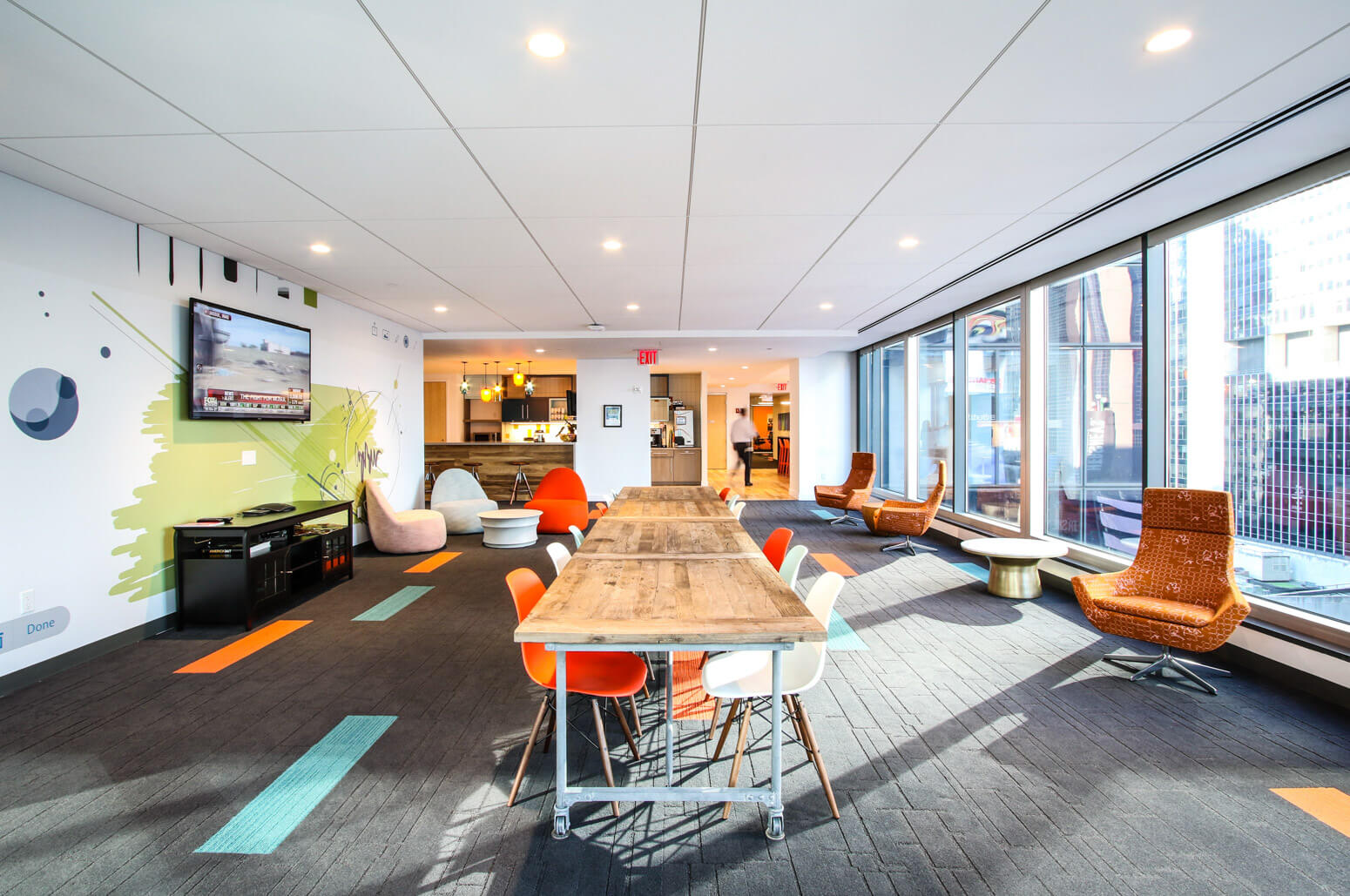 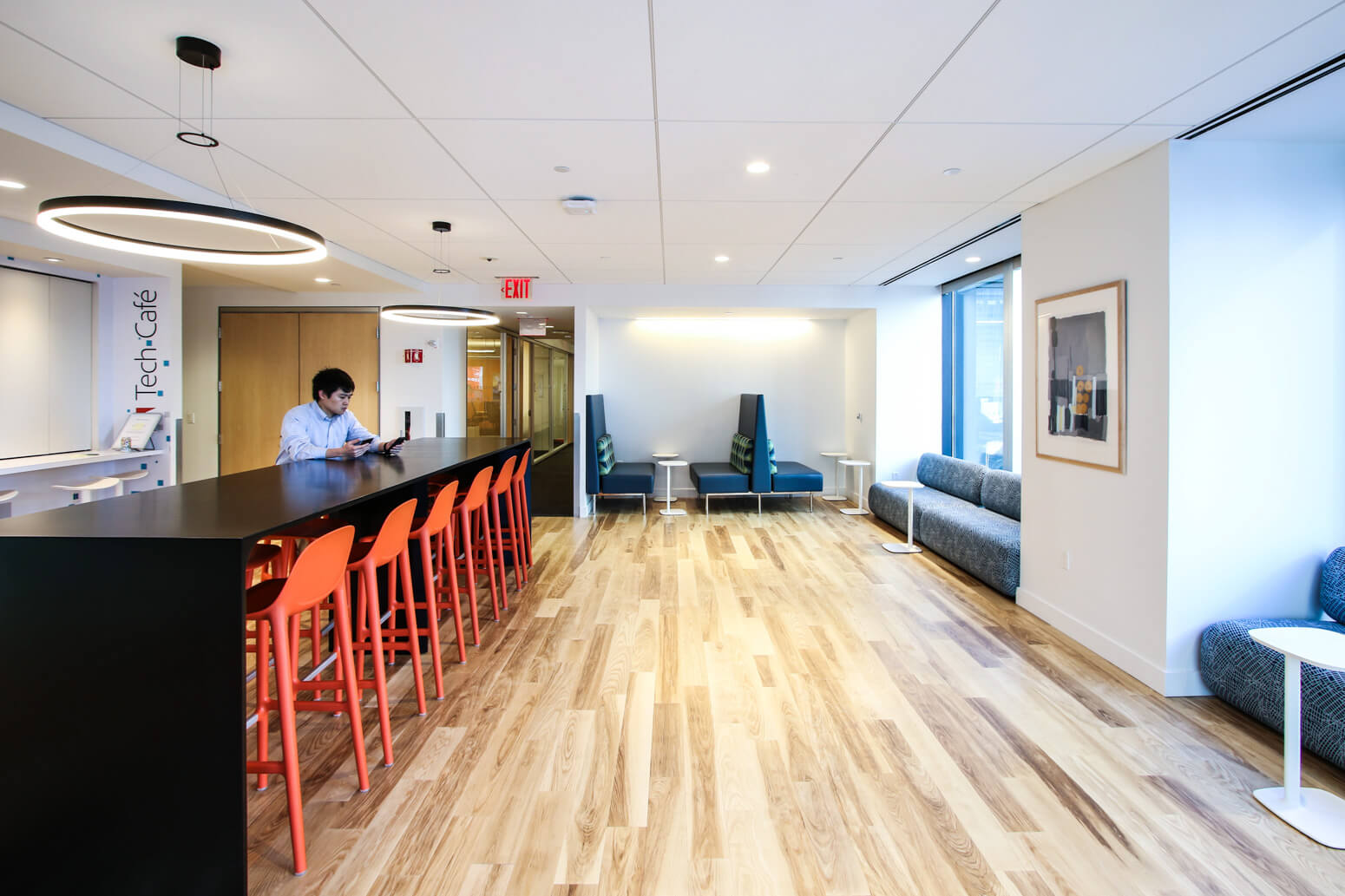 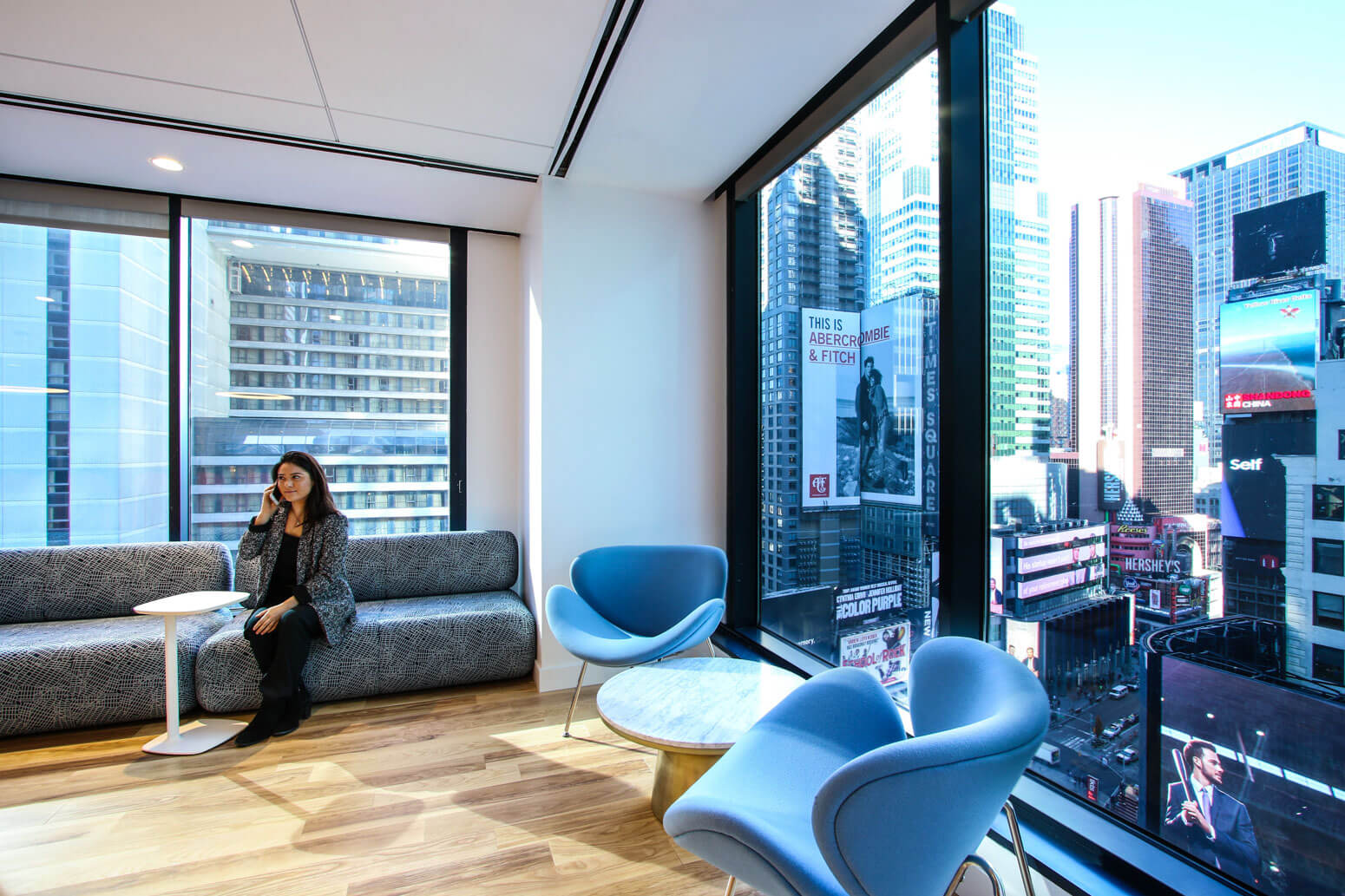 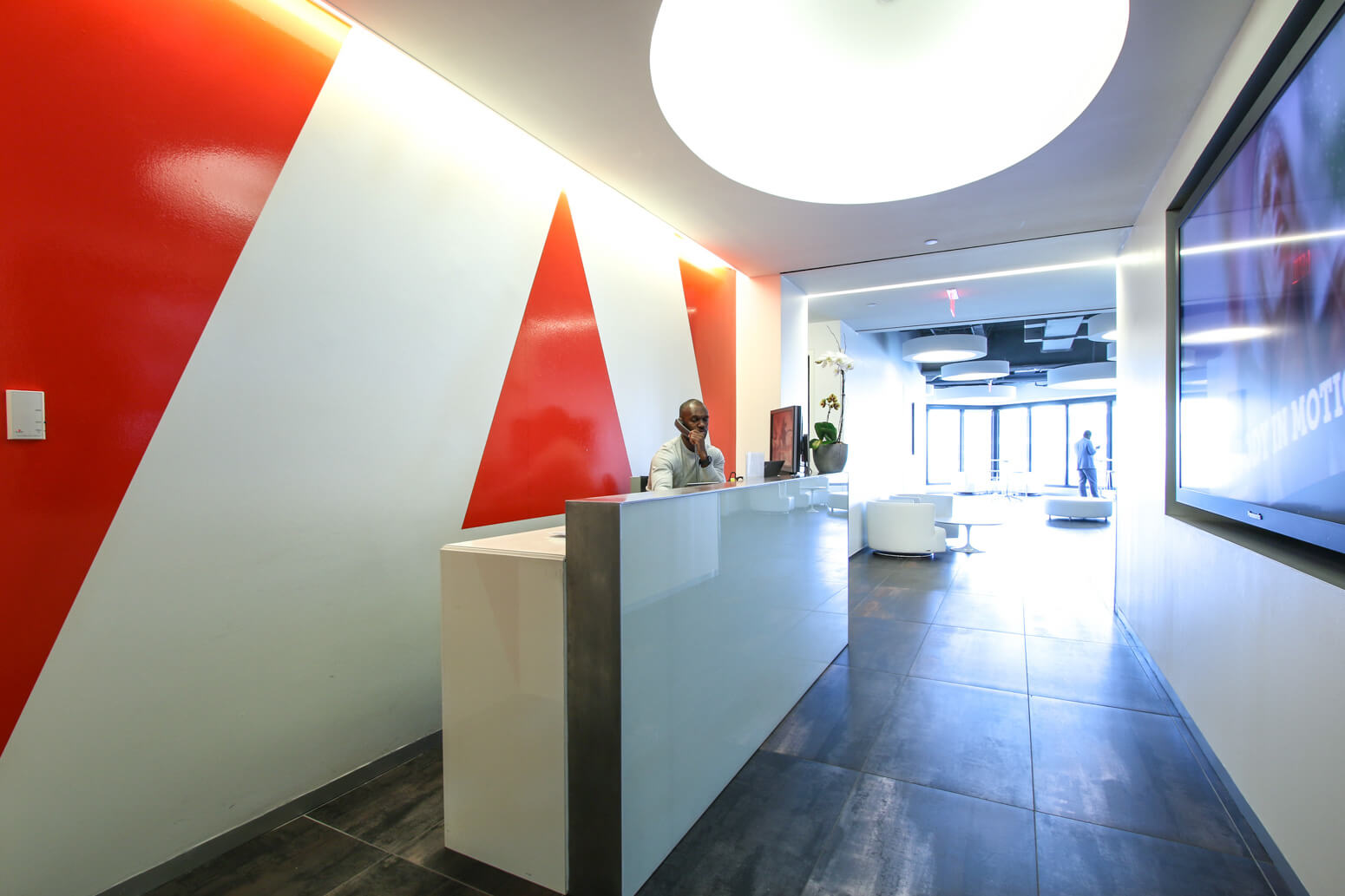 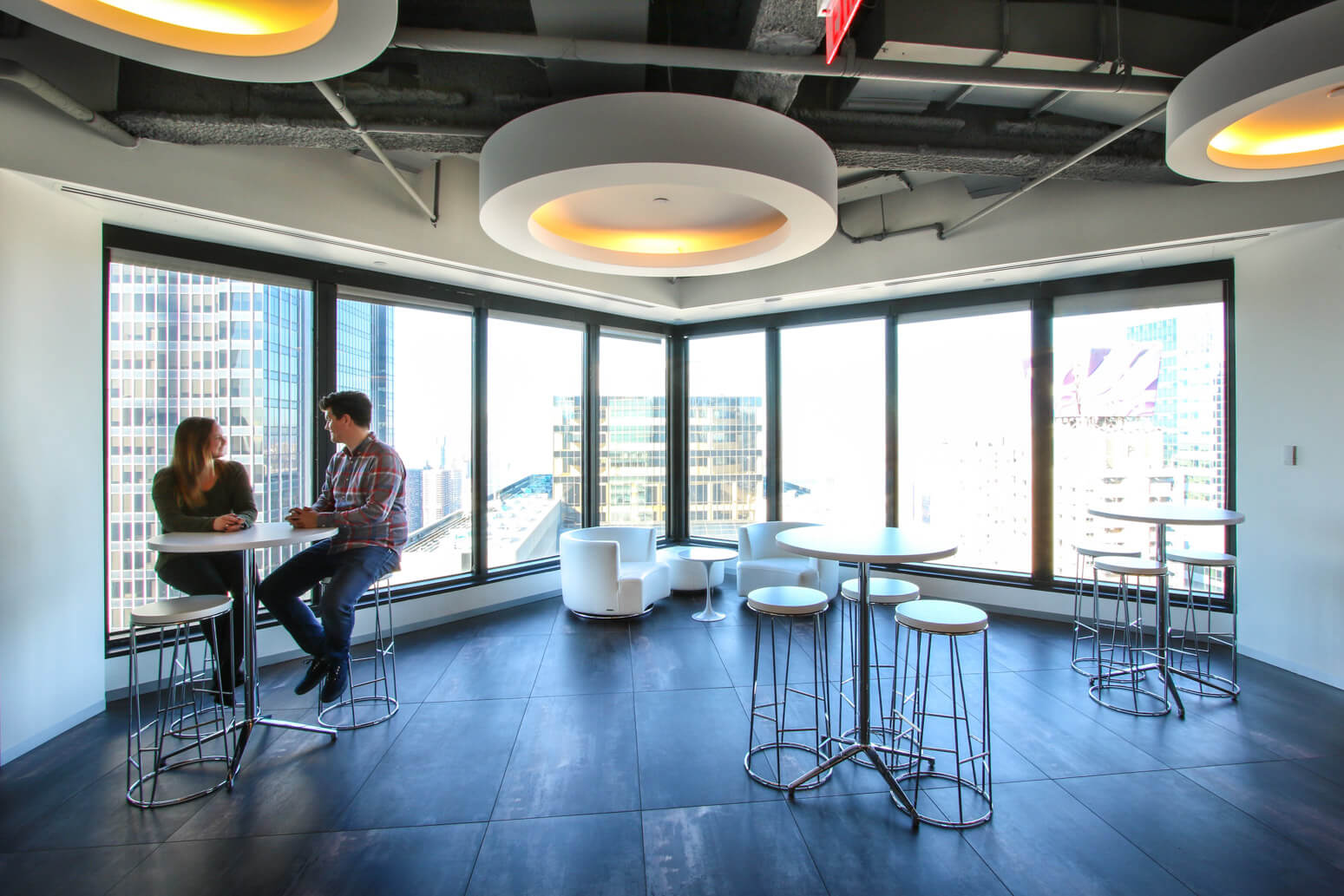 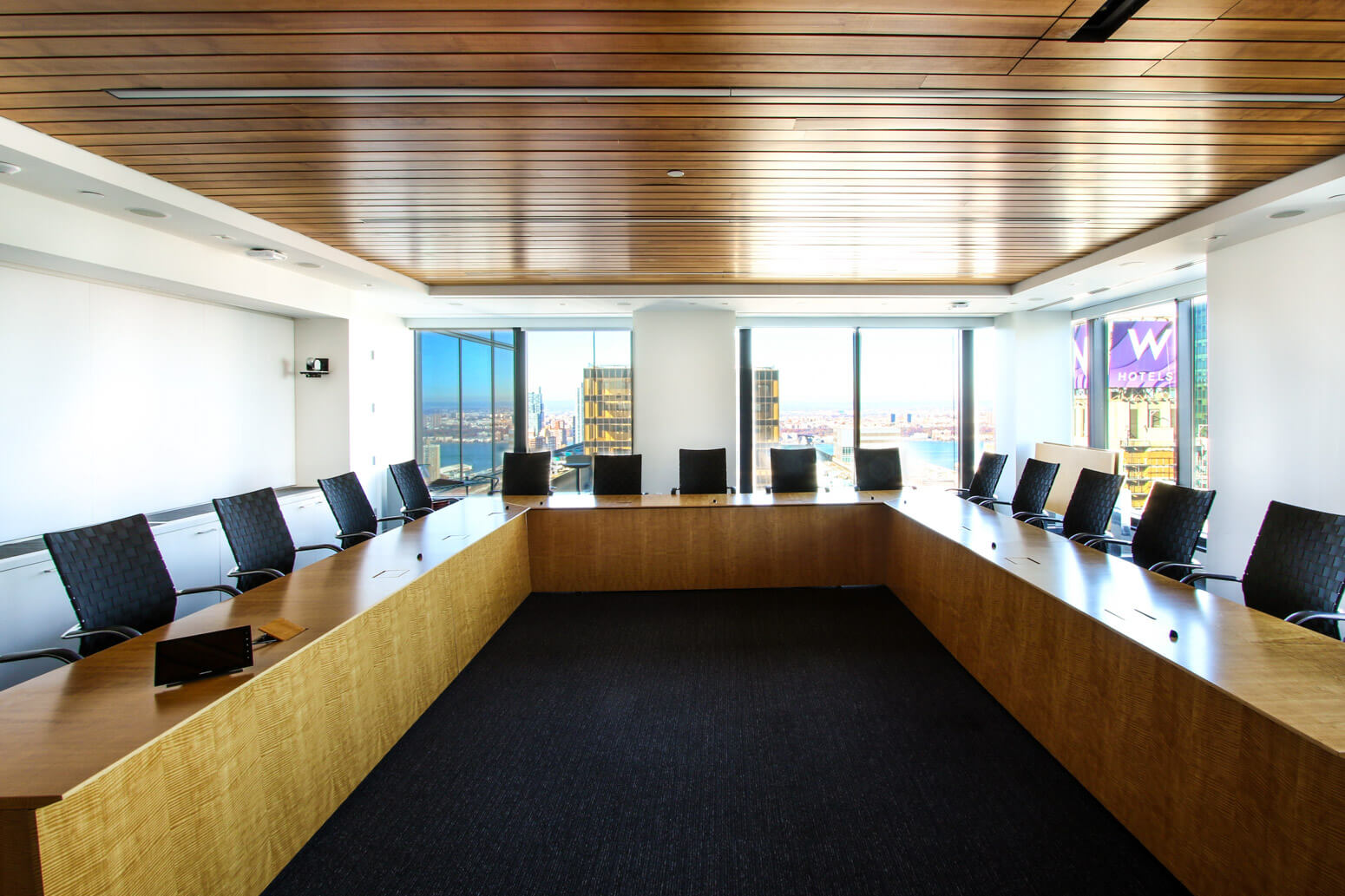 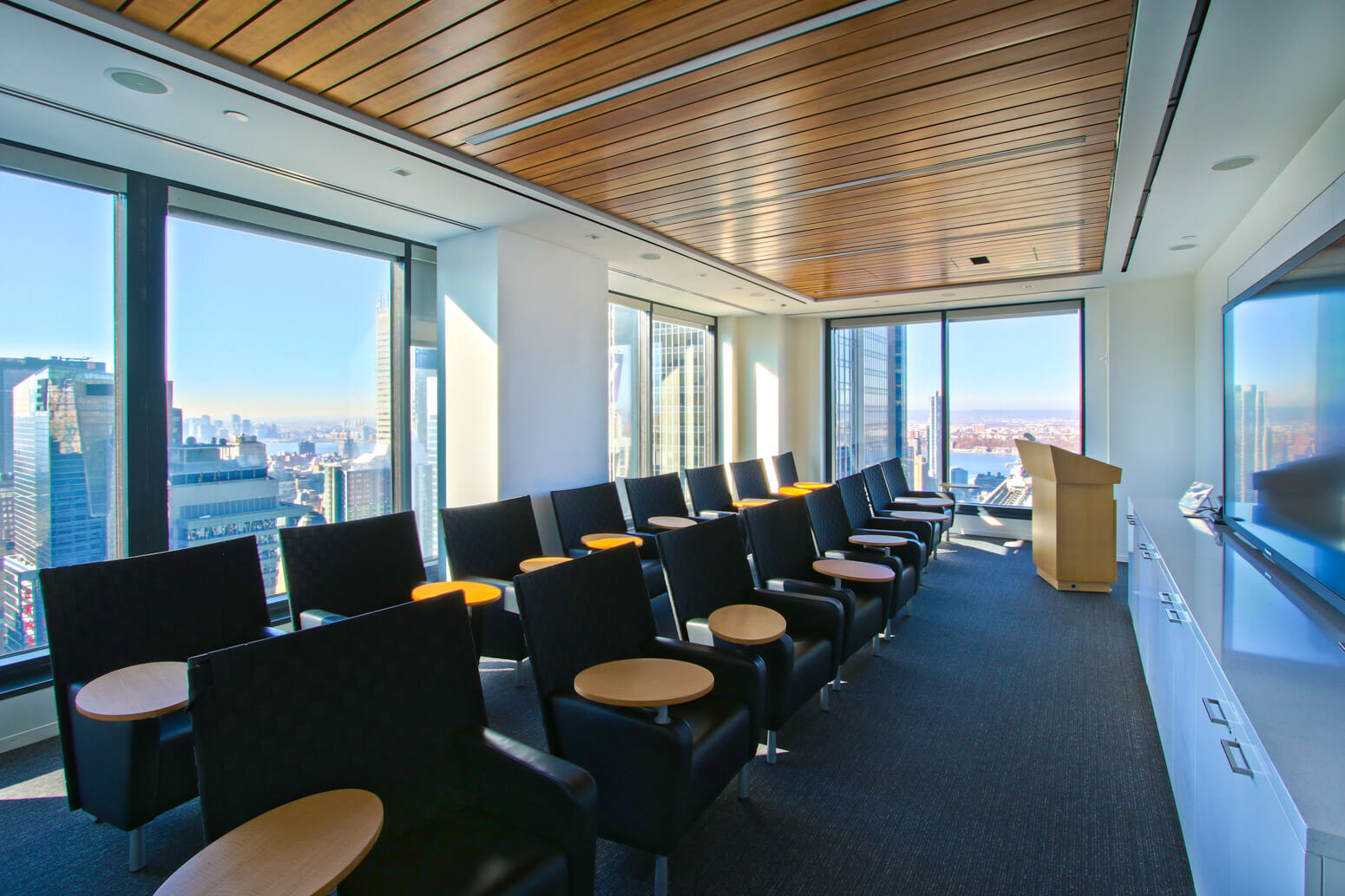 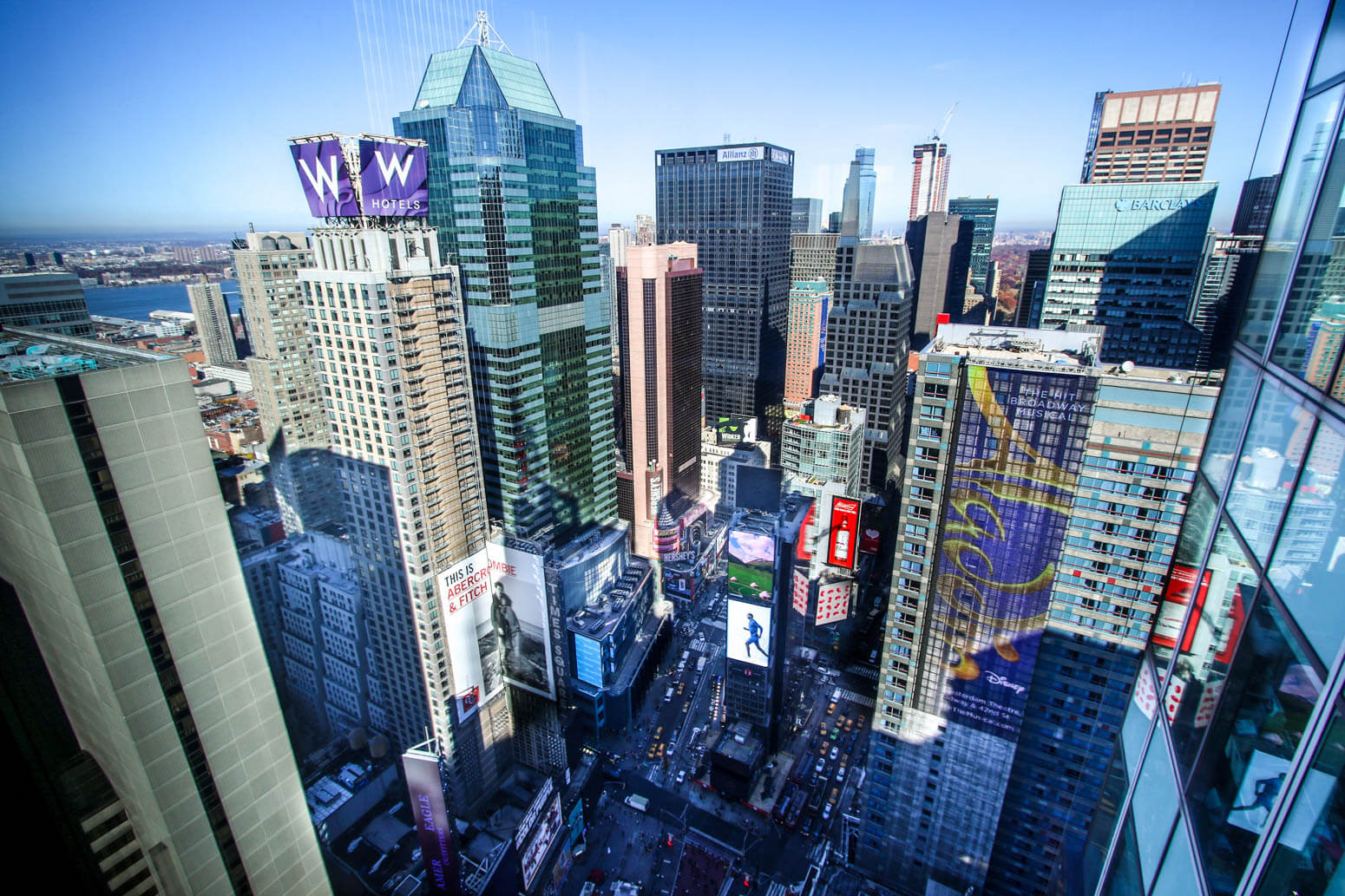 The Behance office on Fifth Avenue is a two-floor, 30,644-square-foot space that Behance occupied before the acquisition. After a few upgrades, the office supports one of the largest creative professional networks in the world, as well as additional Adobe creative product teams. 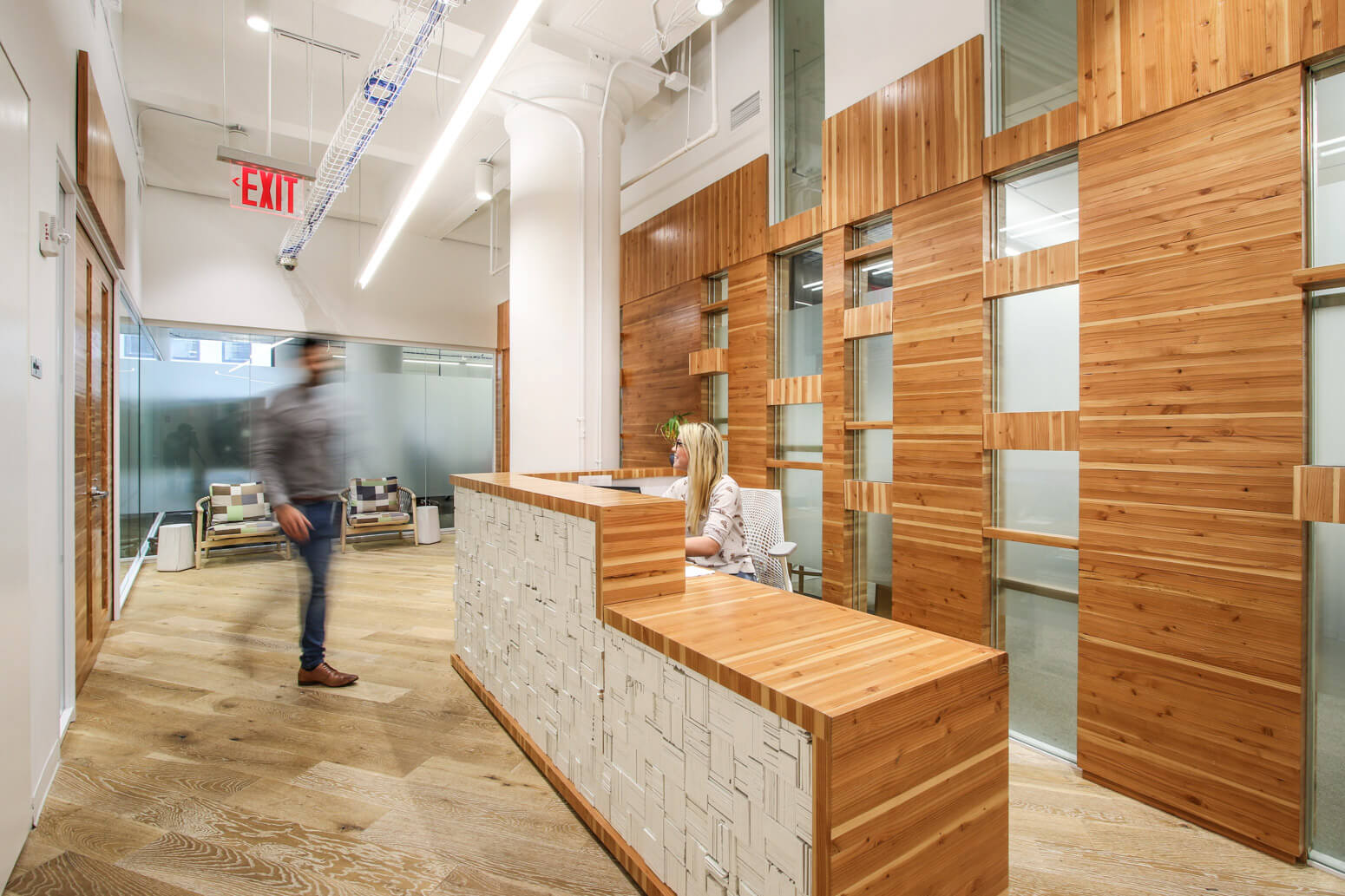 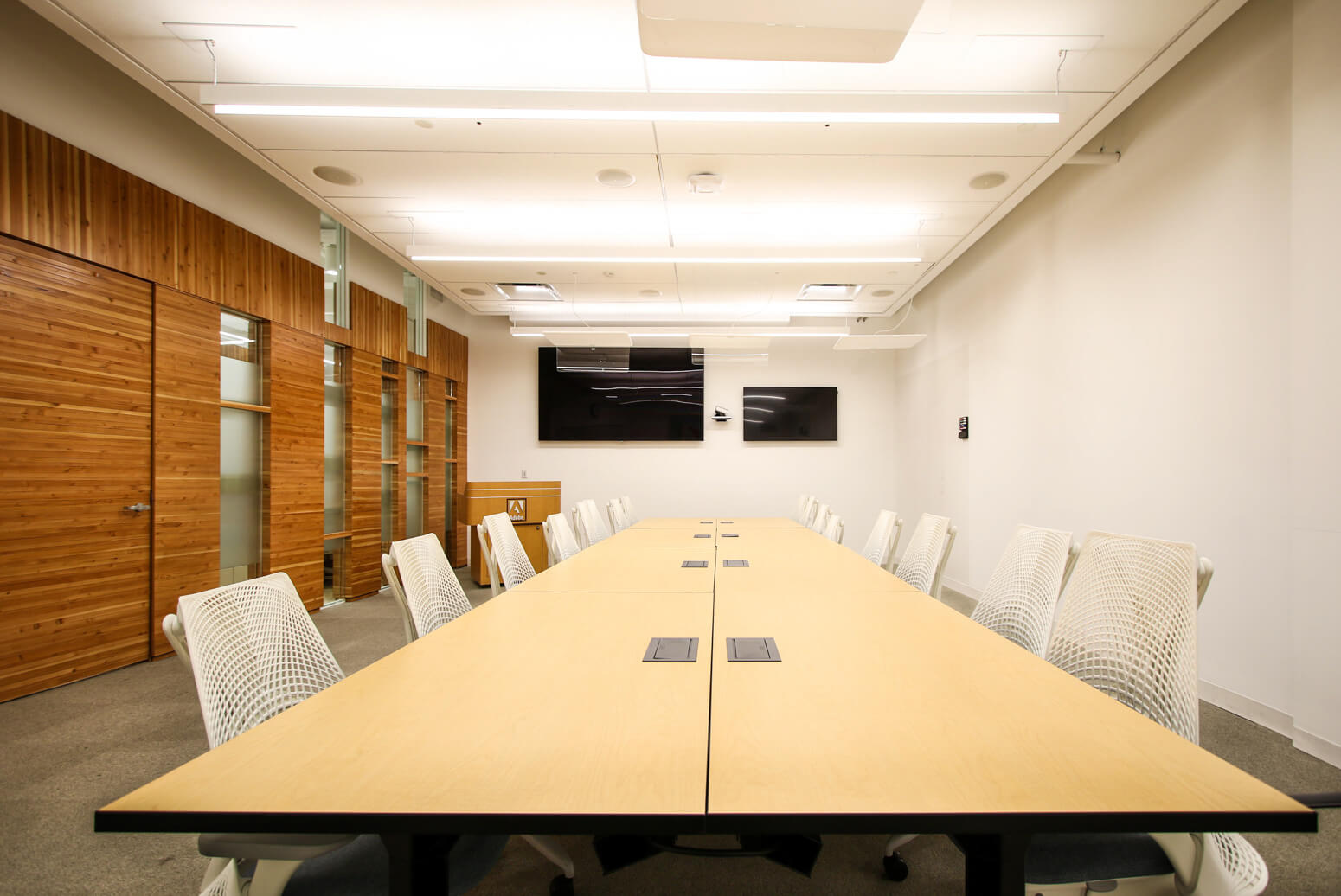 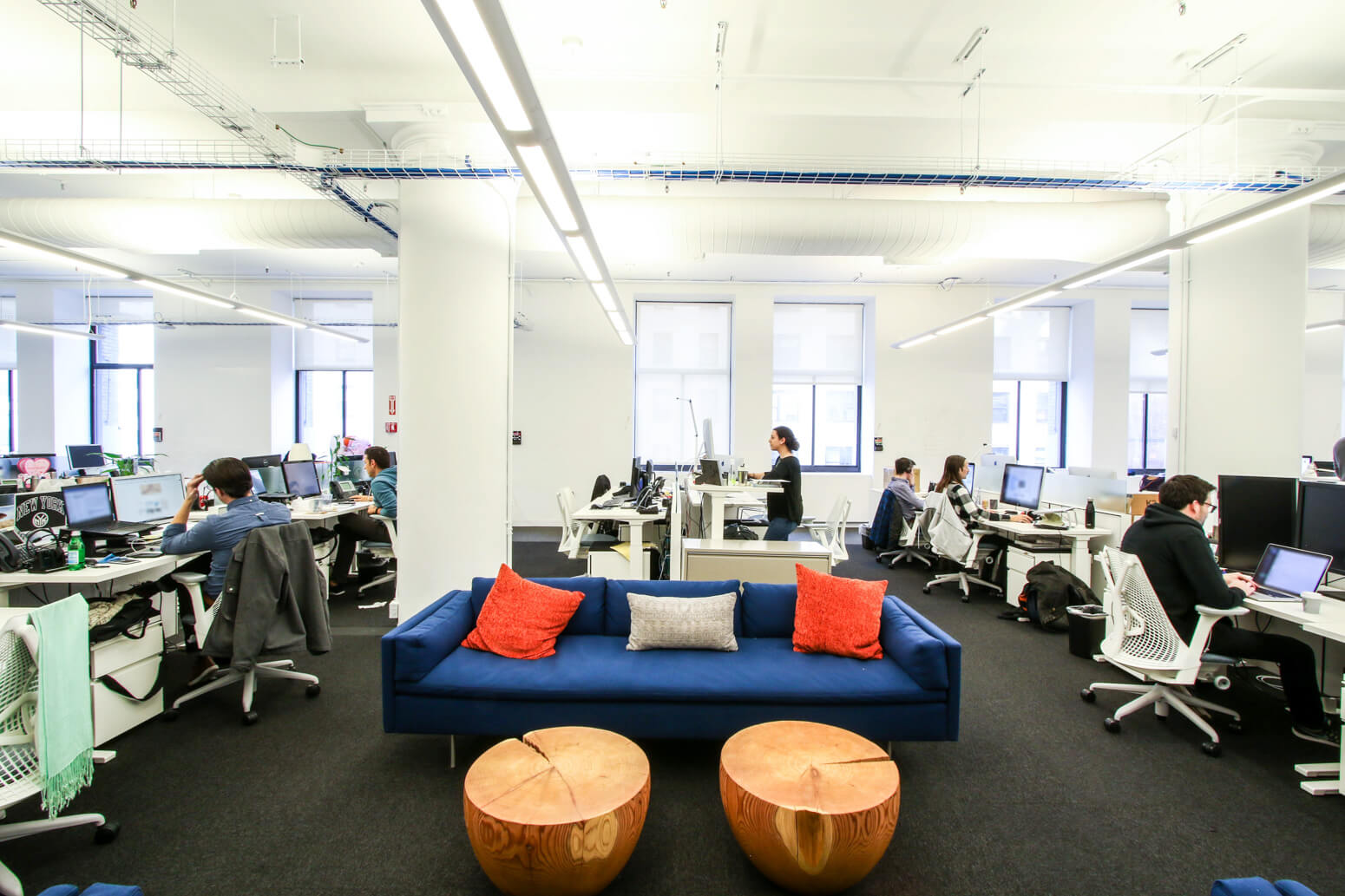 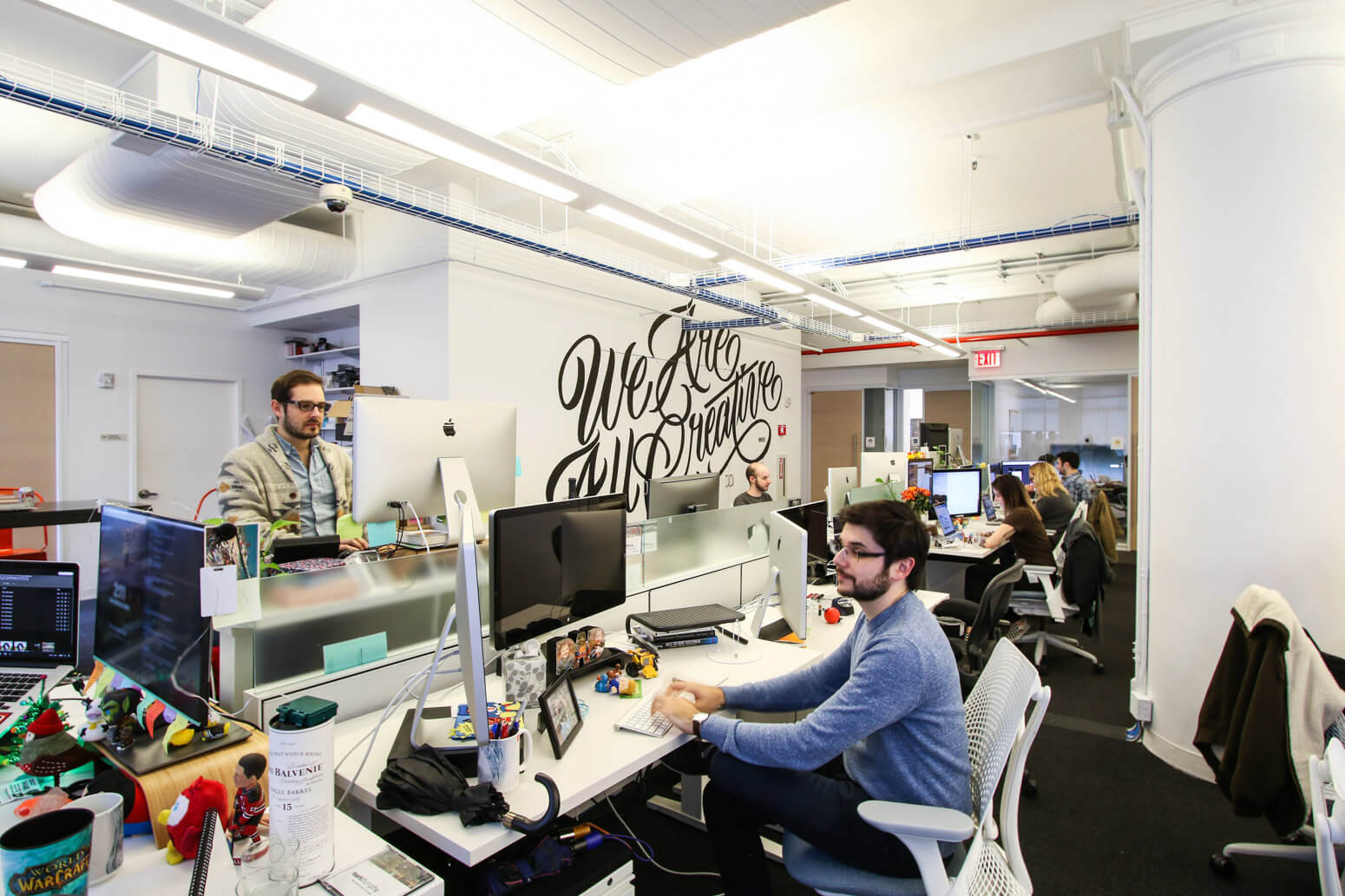 The kitchens are kept stocked for employee and feature fridges full of sodas and after-work beers. New York City bagels make an appearance at the end of the week too. 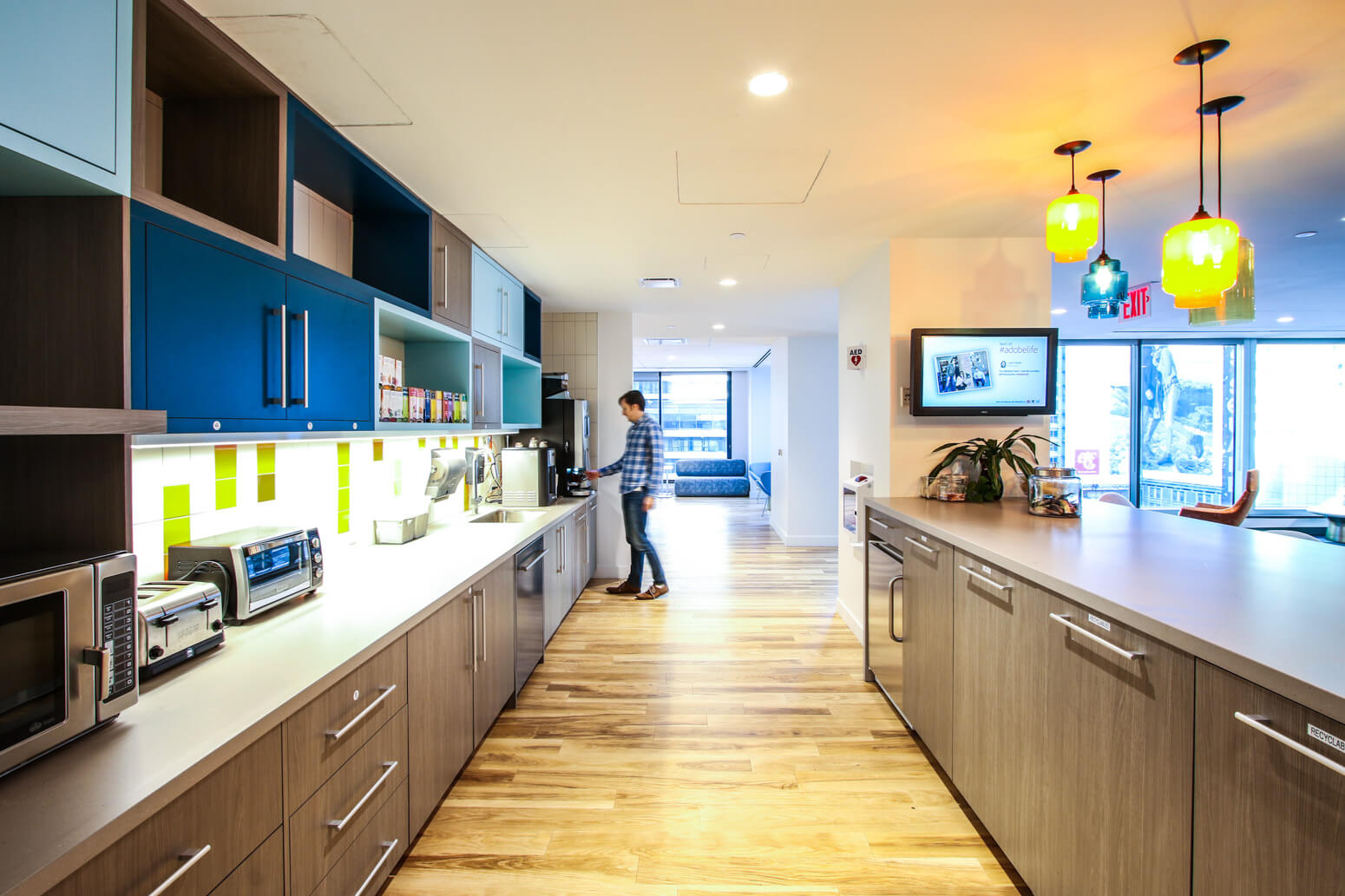 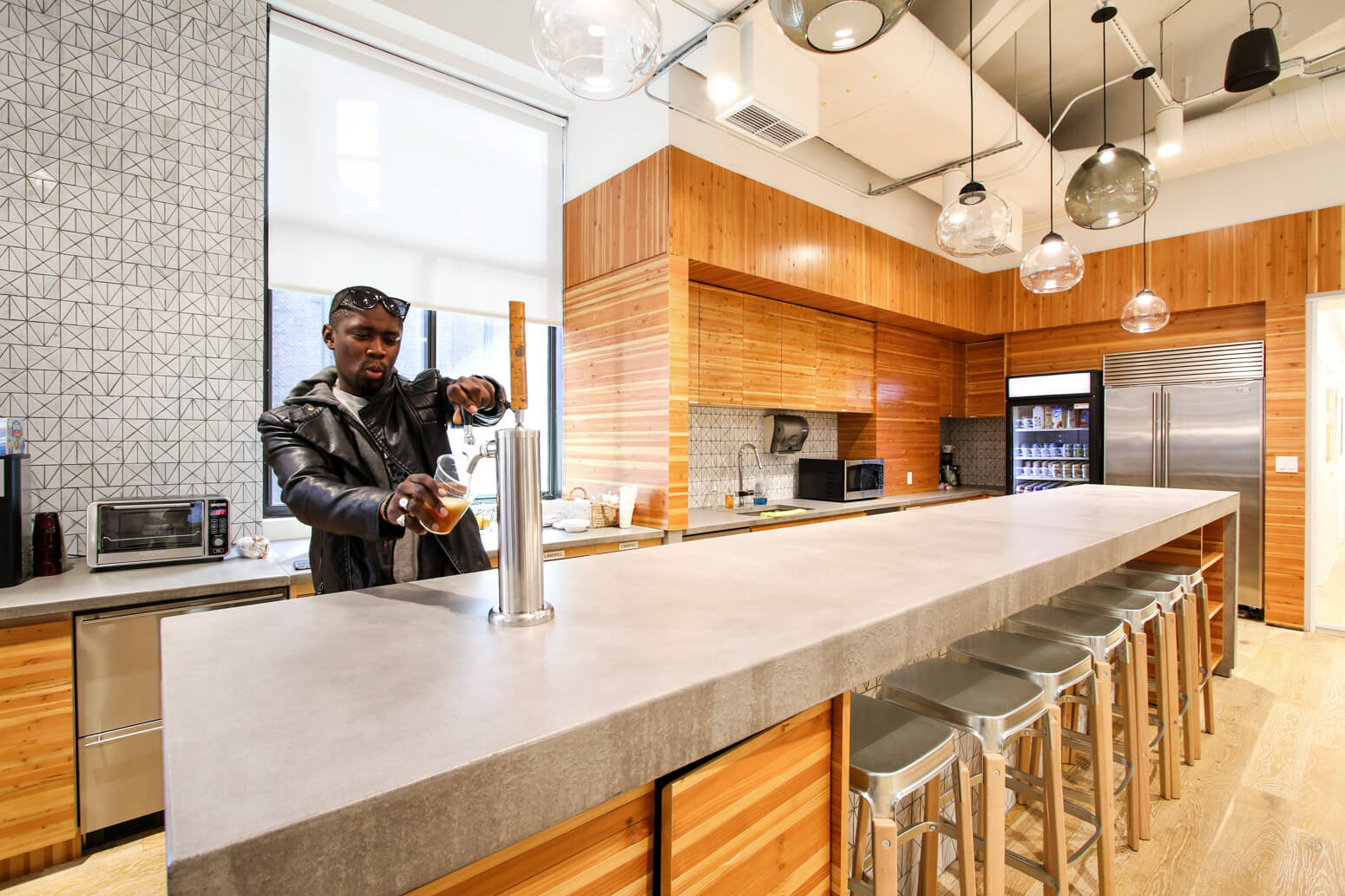 Adobe believes their two biggest assets are their employees and their customers: if you make investments in them, good things will happen. They champion four core values: genuine, exceptional, innovative and involved. 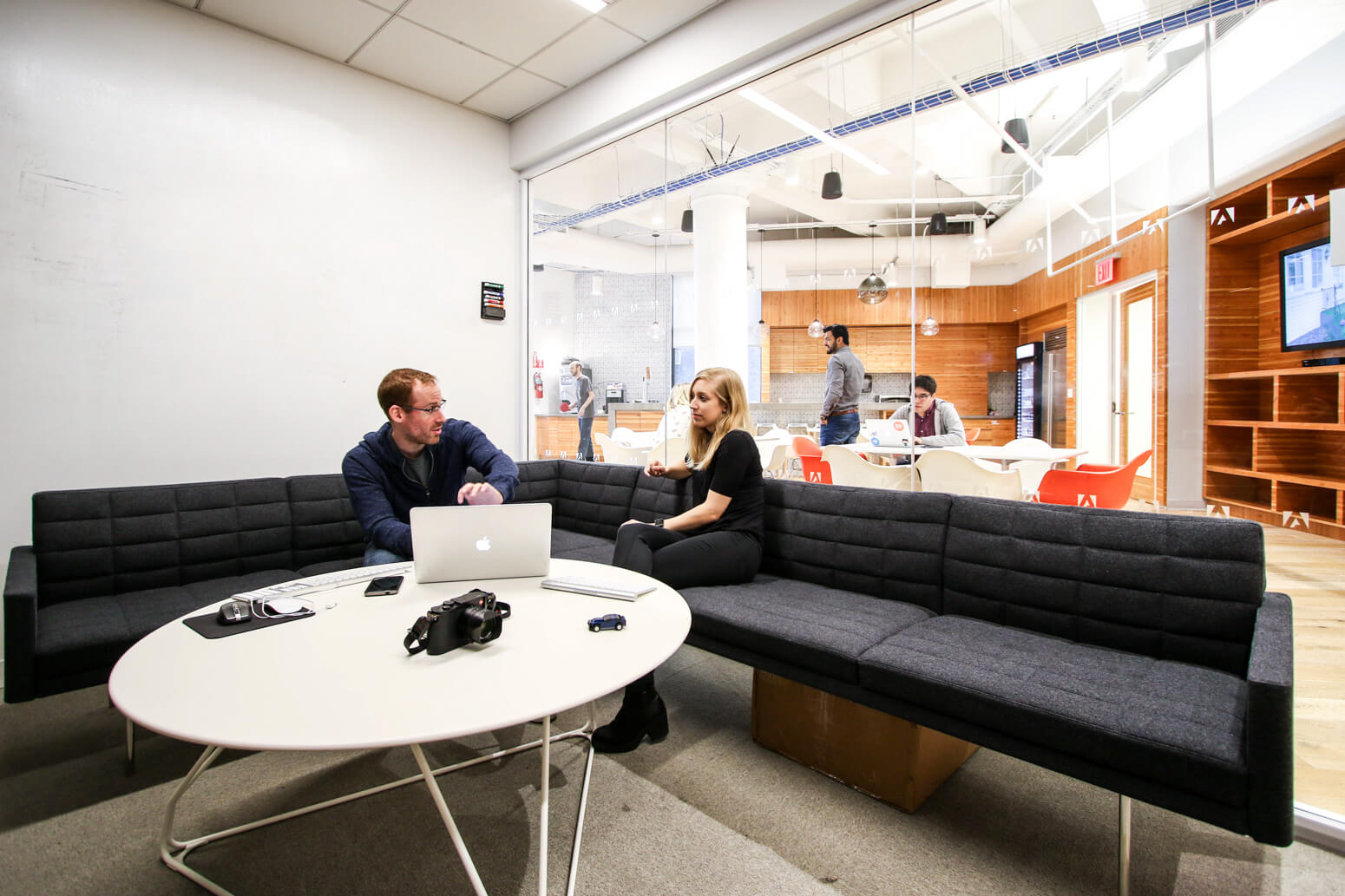 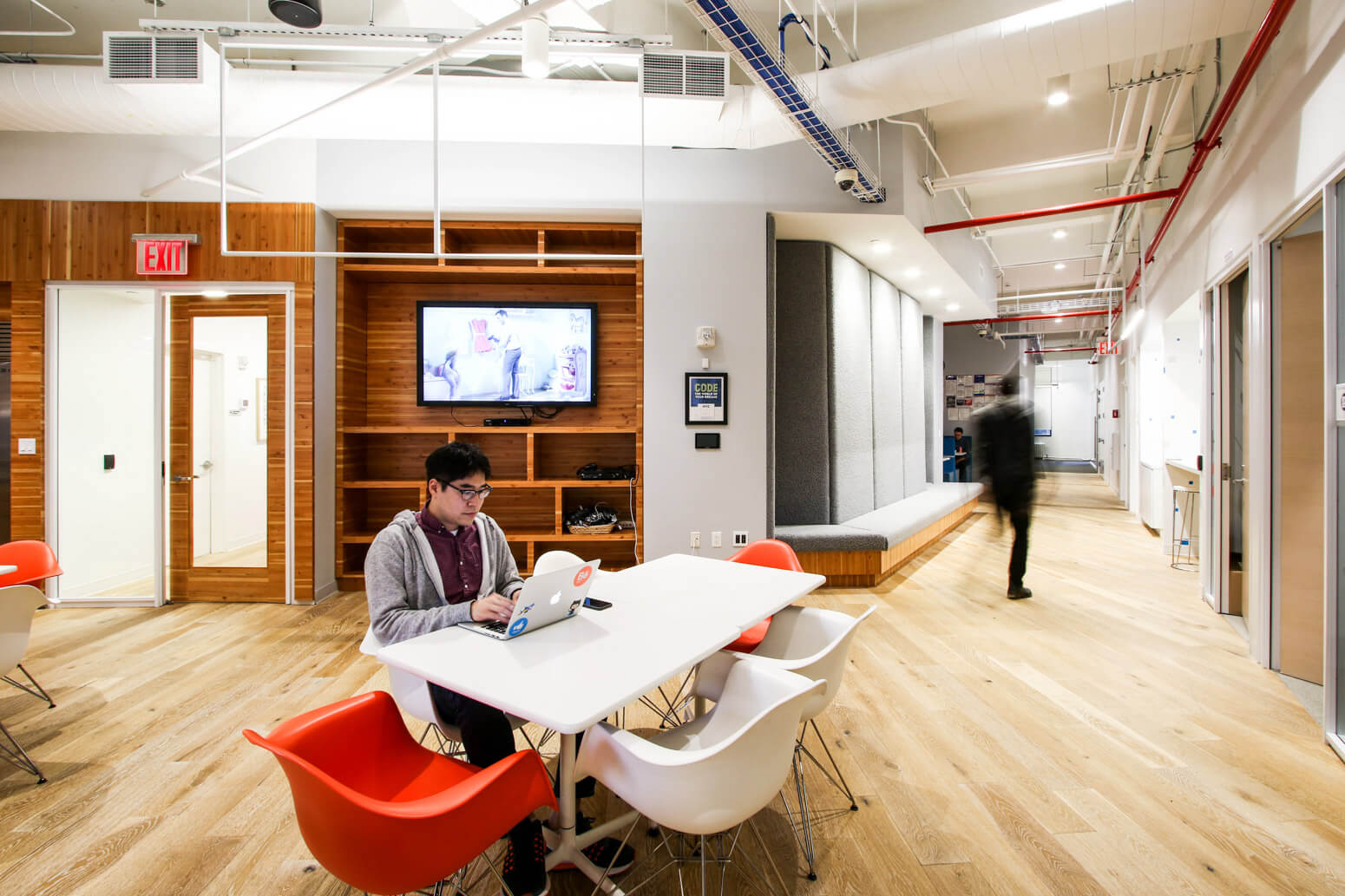 Artwork is highly regarded across the entire company. For exactly this reason, this stunning installation is central to the office, stretching through the stairwell and connecting the two-floors. Designed by SOFTlab, the piece pulls colours from Behance and Adobe’s brand palettes. The work of art is visible no matter where you’re standing in the office and vibrant coloured light cascades onto the white walls through the coloured panes.

Both offices enjoy parties, atmosphere and happy hours, while the Fifth Avenue office has never-ending ping-pong matches and shuffleboard tournaments. 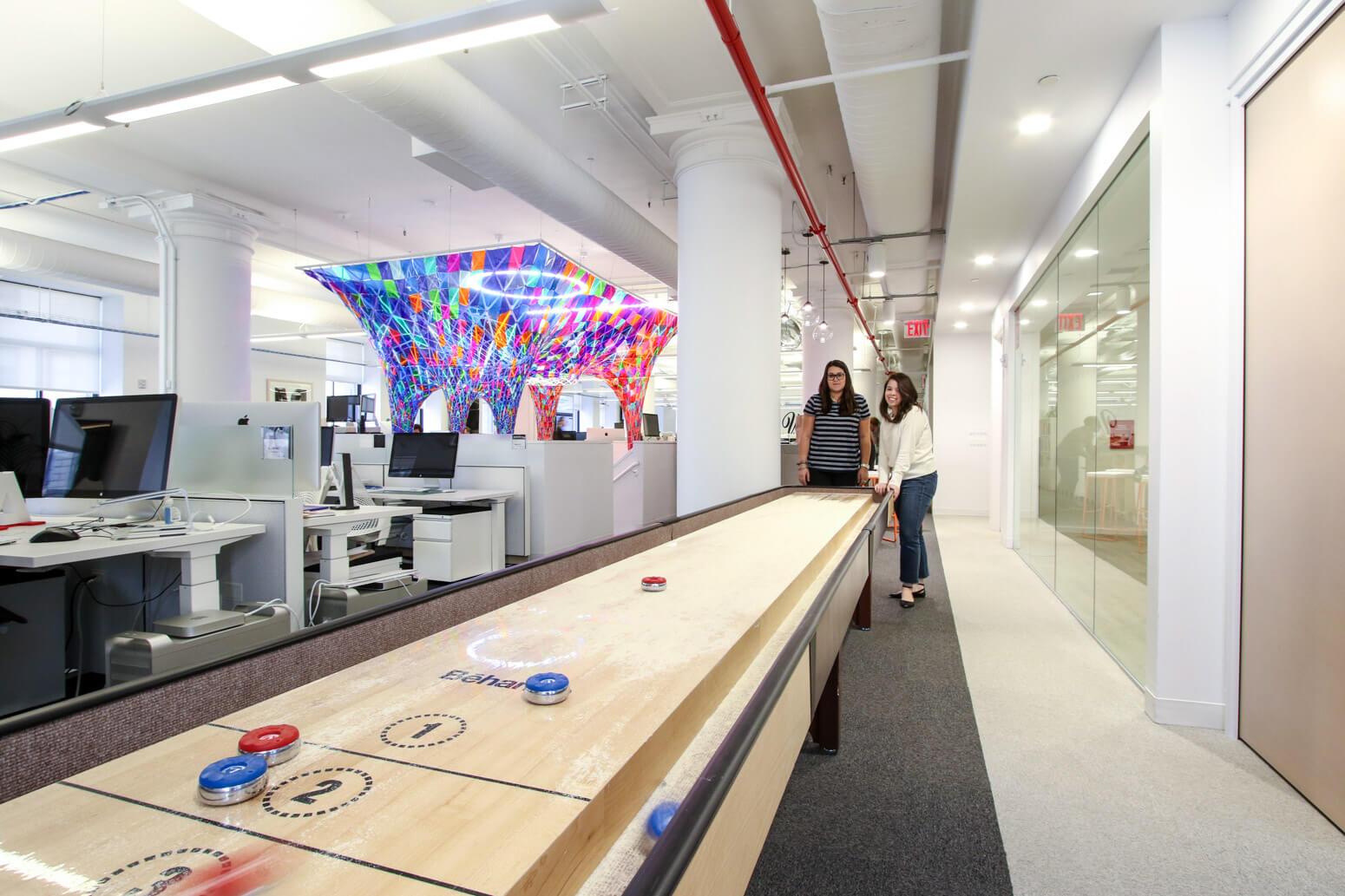 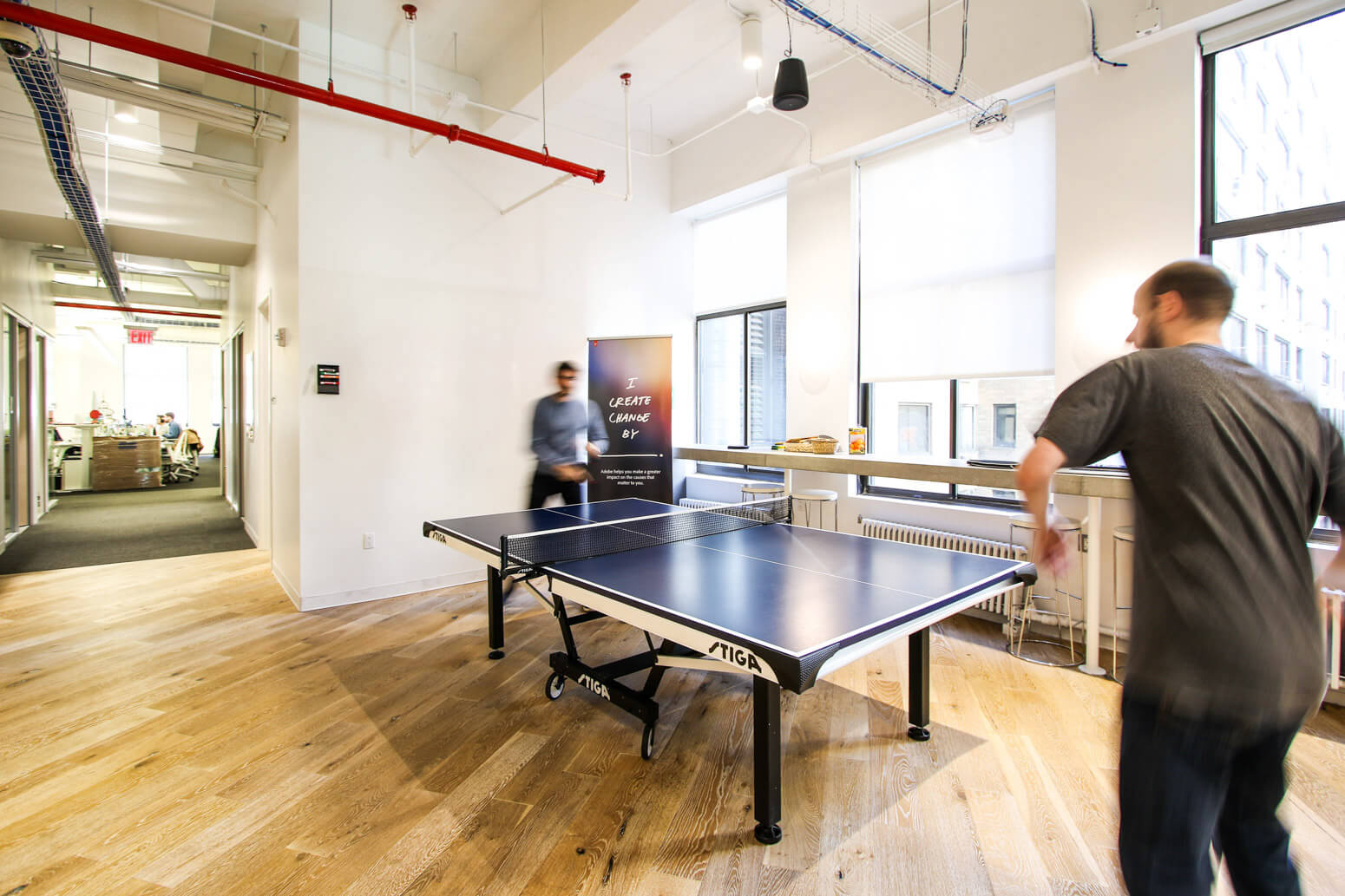