A bookkeeping company that got its start in New York City and left the concrete jungle behind for Canada’s west coast.

In 2013, Bench CEO and co-founder Ian Crosby relocated the company to his hometown of Vancouver, BC; a thriving fintech community that draws top talent to both a growing industry and enviable west coast lifestyle.

Five years ago, Bench set out to change bookkeeping for small business owners by developing automated ‘do-it-for-you’ solutions. Their approach combines intuitive software and a dedicated online bookkeeping team. The result is a clean, simple and affordable way for organizing finance—at five times the speed of traditional clerks.

Since their Techstars NYC Accelerator program beginnings in 2012, Bench has tripled its revenue and grown to serve thousands of customers across the United States. It was named the #1 Company-to-Watch as part of Deloitte’s Fast 50 Awards. 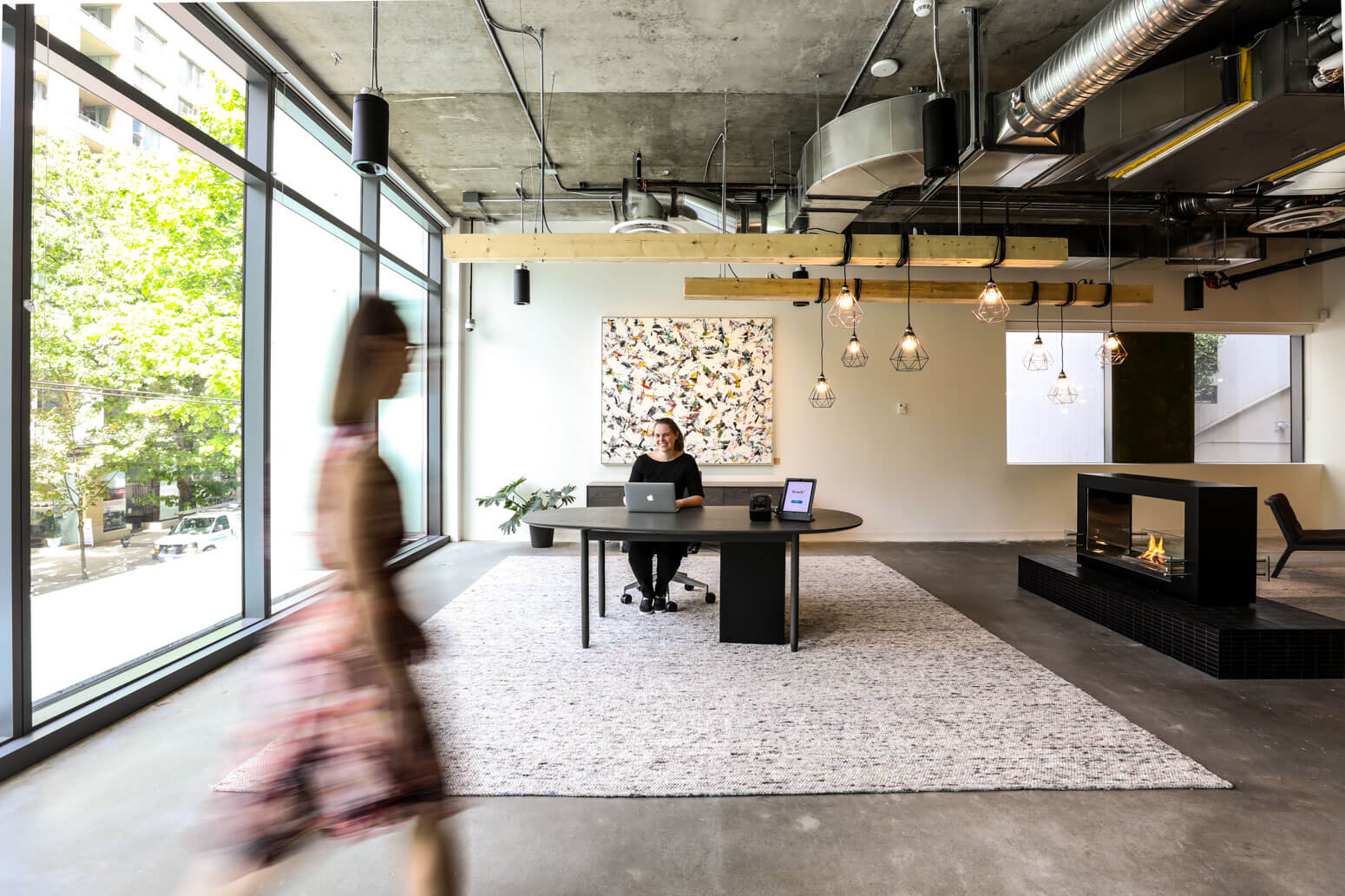 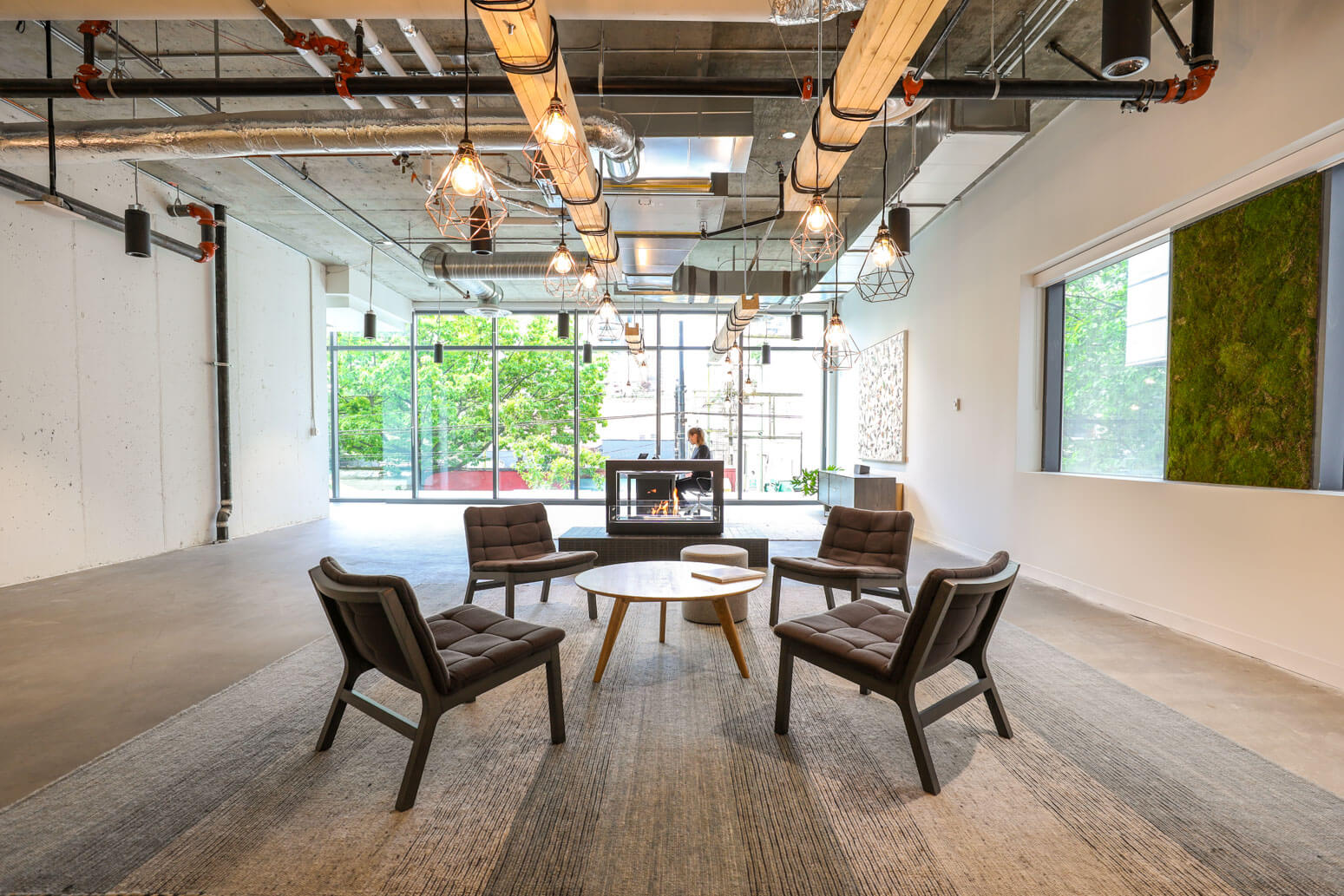 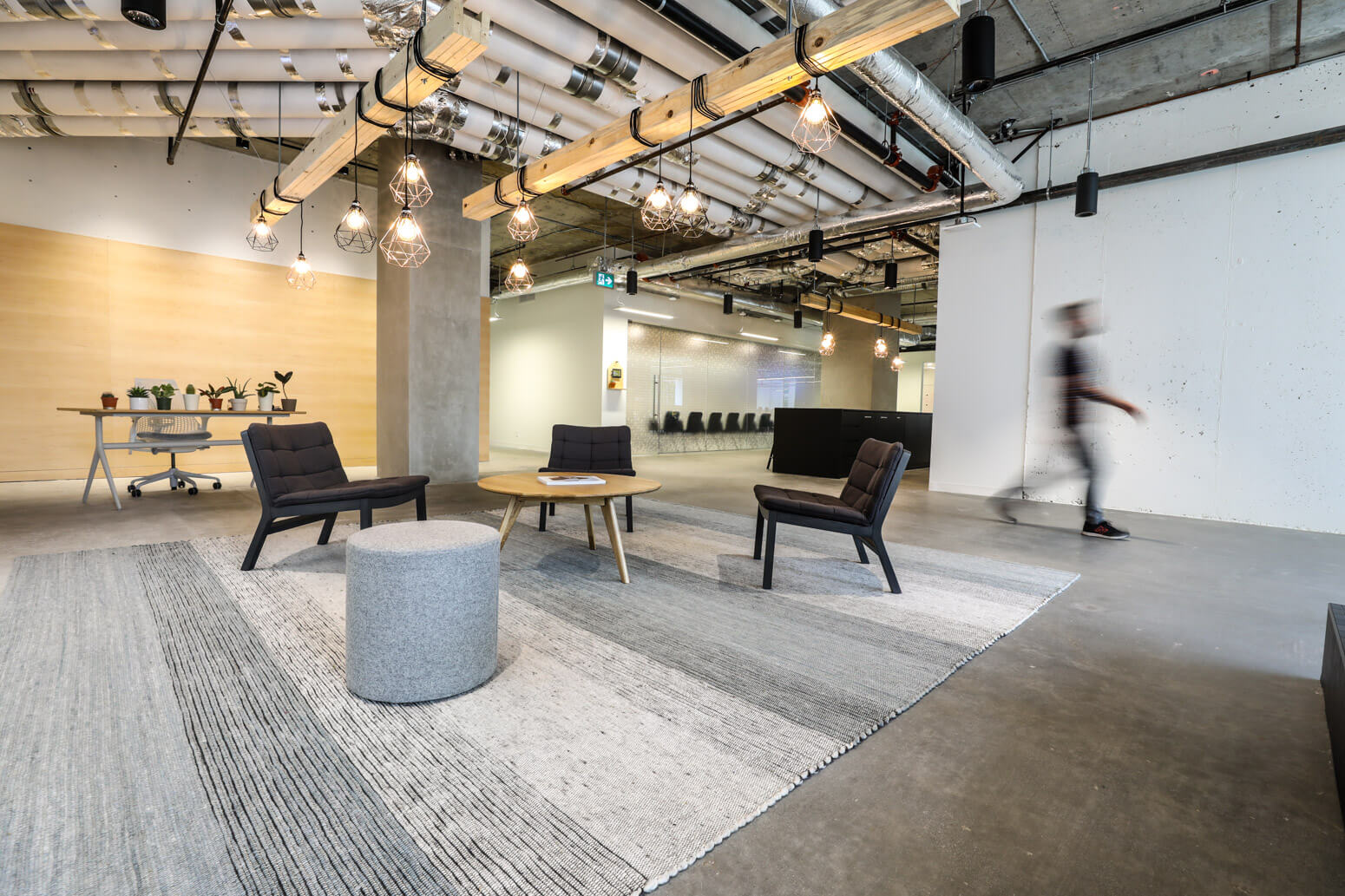 Bench moved into its new 55,000 square foot space in January 2017. Occupying three floors of the brand new TELUS Garden in Vancouver’s downtown, the 250 person Bench team is the largest online bookkeeping service for small businesses in North America, and the new office is fitting of such a title. 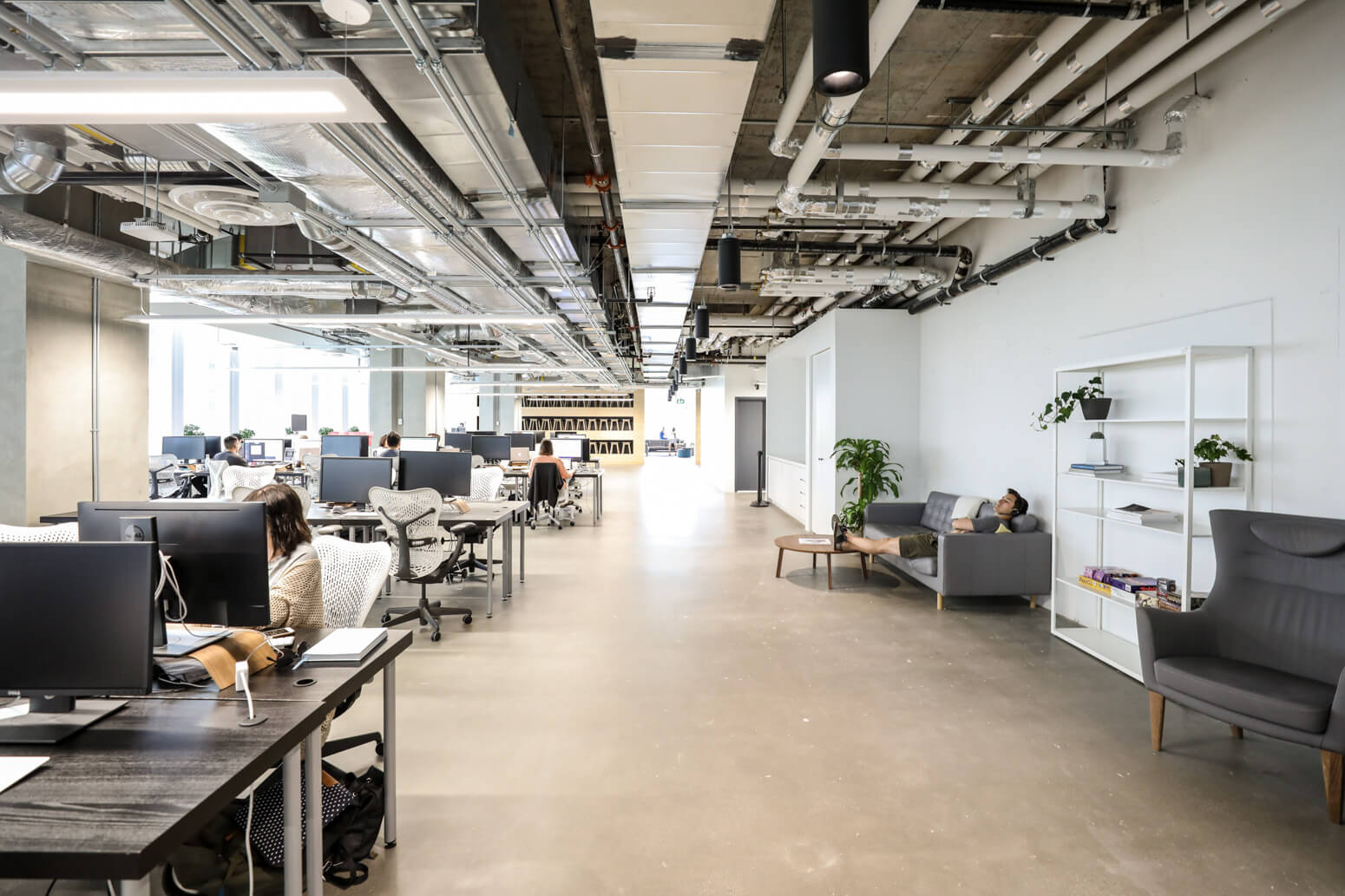 The company wanted the space to feel accessible, open and engaging. Working with Perkins + Will, Bench drew inspiration from the Danish design concept of Hygge: warmth, comfort and closeness. Floor to ceiling windows surround the multi-floor office, bringing in natural light and glimpses of Vancouver’s downtown through the trees. Concrete floors, wooden features and exposed pipes give the space a industrial-yet-sleek look. 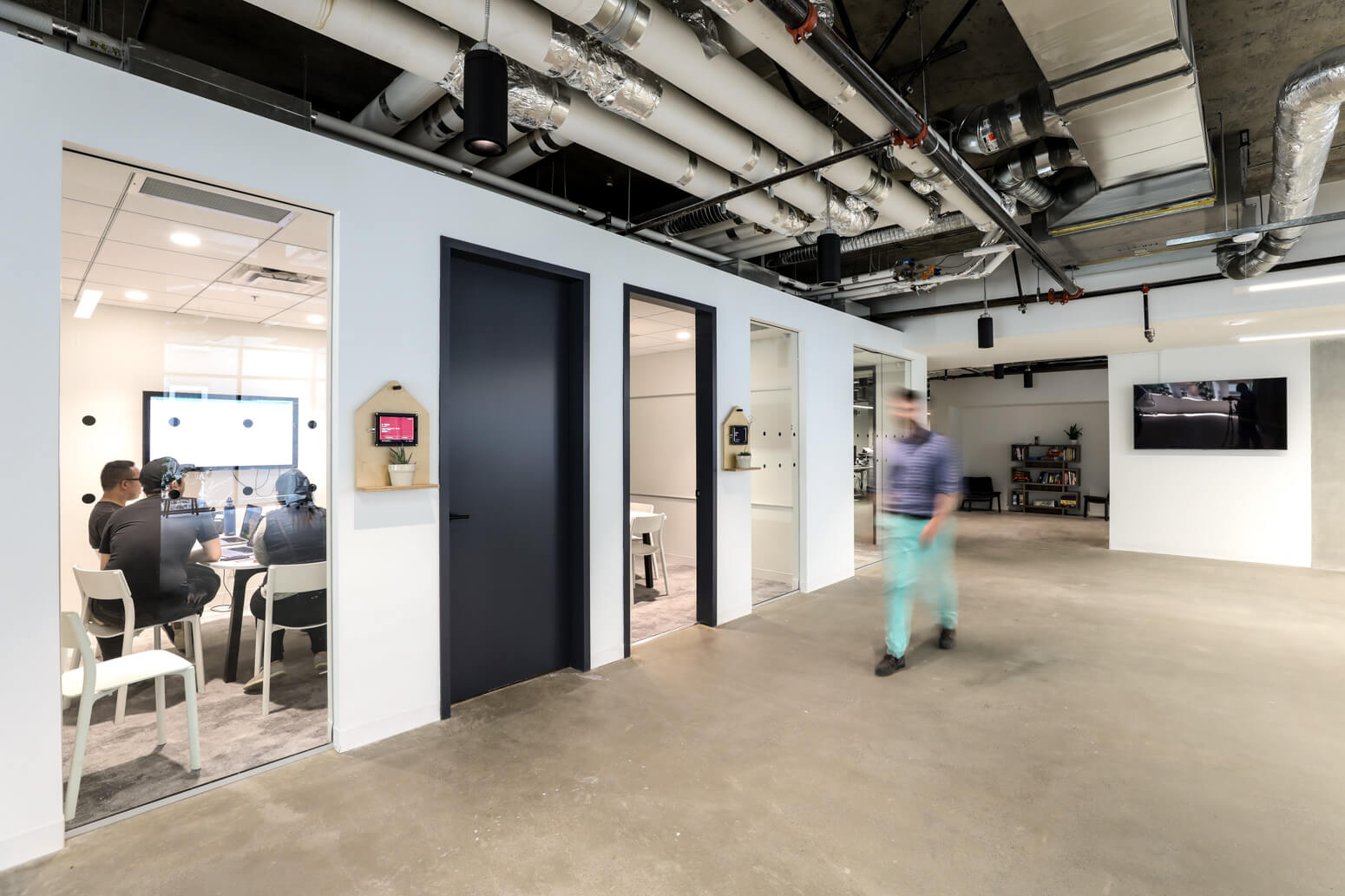 “We wanted to design a space that not only reflected who we are as a company, but provided and empowered our employees to do their best work. We were intentional in understanding how our employees work and we anchored our design around supporting those functions.”- Evan Birch, Senior Manager, Finance and Administration

The varied working spaces in the office mean employees—or ‘Benchmates’ as they are known—have their pick of standing desks, regular workstations, couches and bar seating. There’s also no shortage of social areas and meeting spaces. As a nod to British Columbia’s natural beauty, the meeting rooms are named after nearby rivers, lakes, native trees, and mountain peaks. 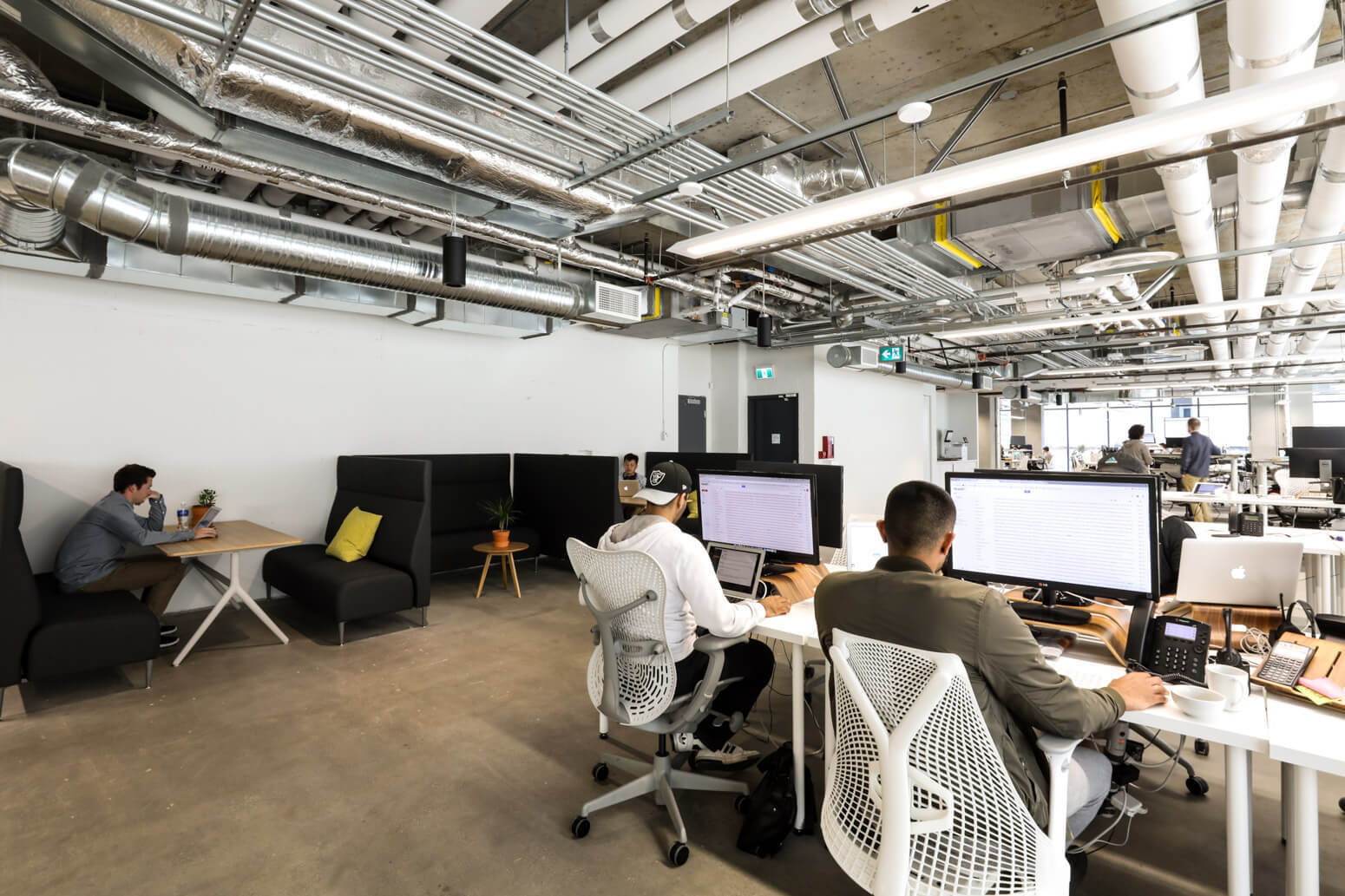 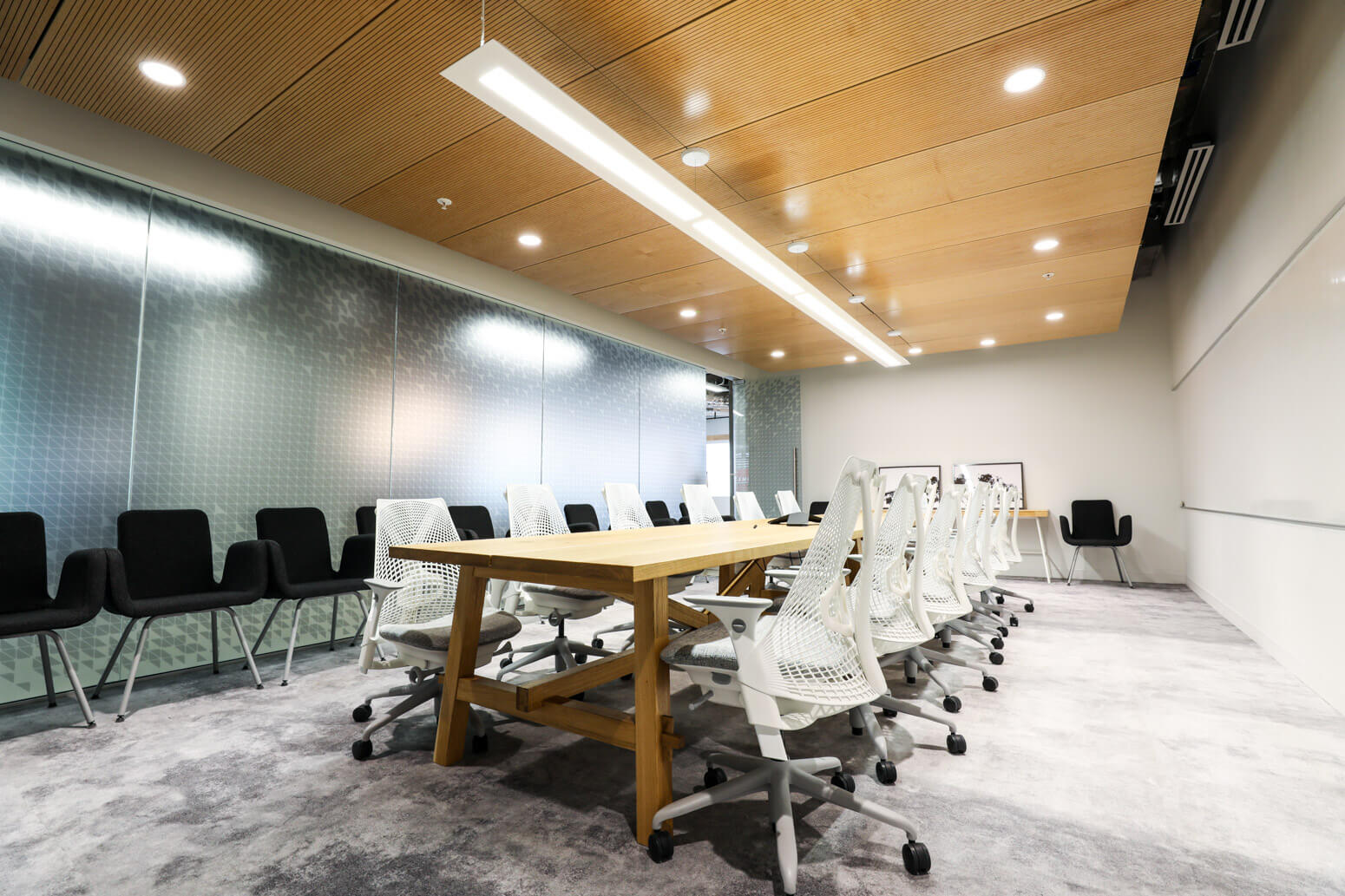 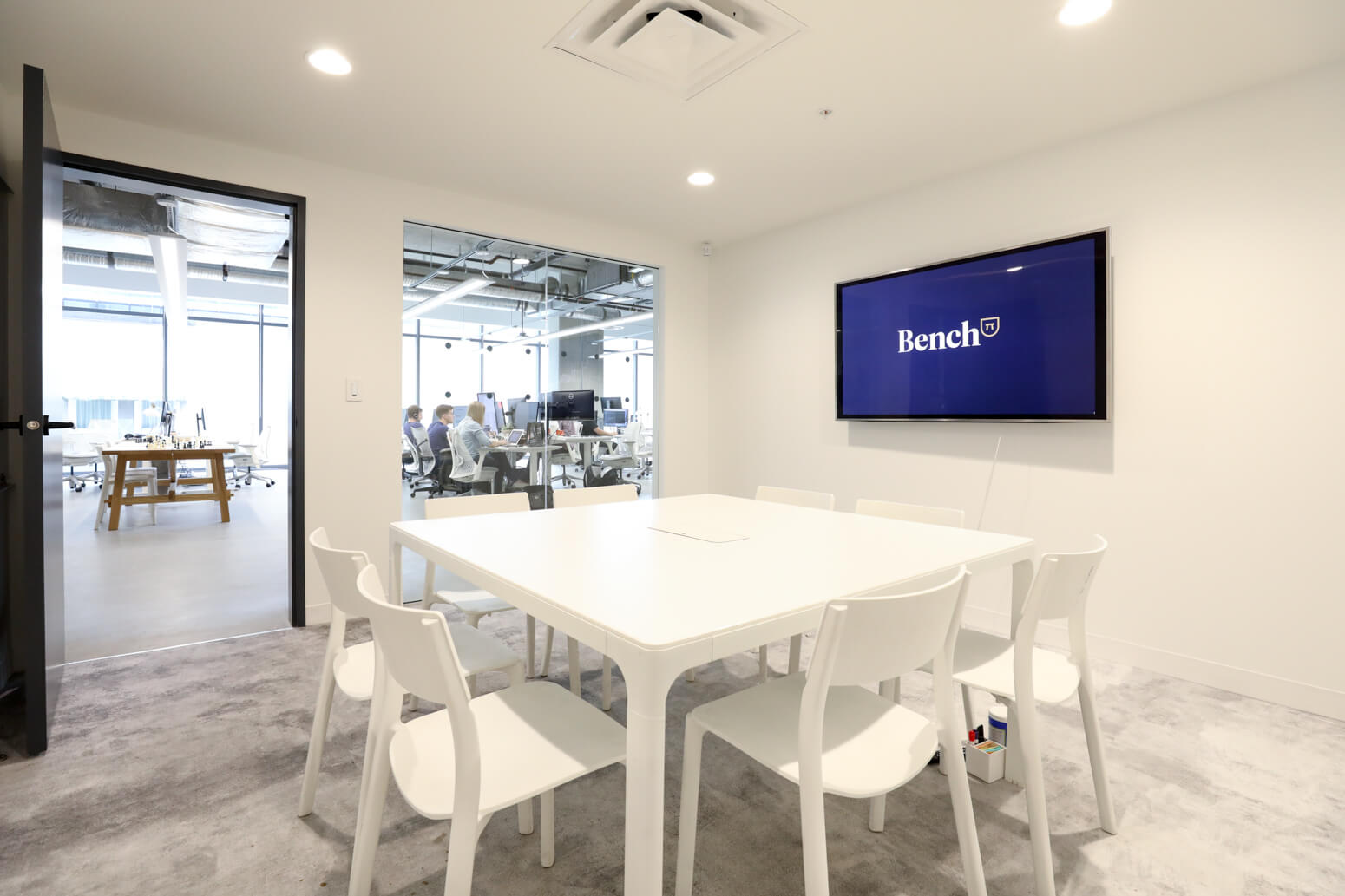 The team is kept fuelled with health conscious snacks including seasonal fruits and veggies, yogurt, granola and mixed nuts. They also have a bottomless pit of avocados for the money-saving millennials.

During Bench’s busy season—better known as tax time—catered lunches and dinners are frequent and cupboards are stocked with more substantial snackage. Benchmates often take advantage of Vancouver’s culinary scene heading out to nearby coffee shops, food trucks and restaurants. 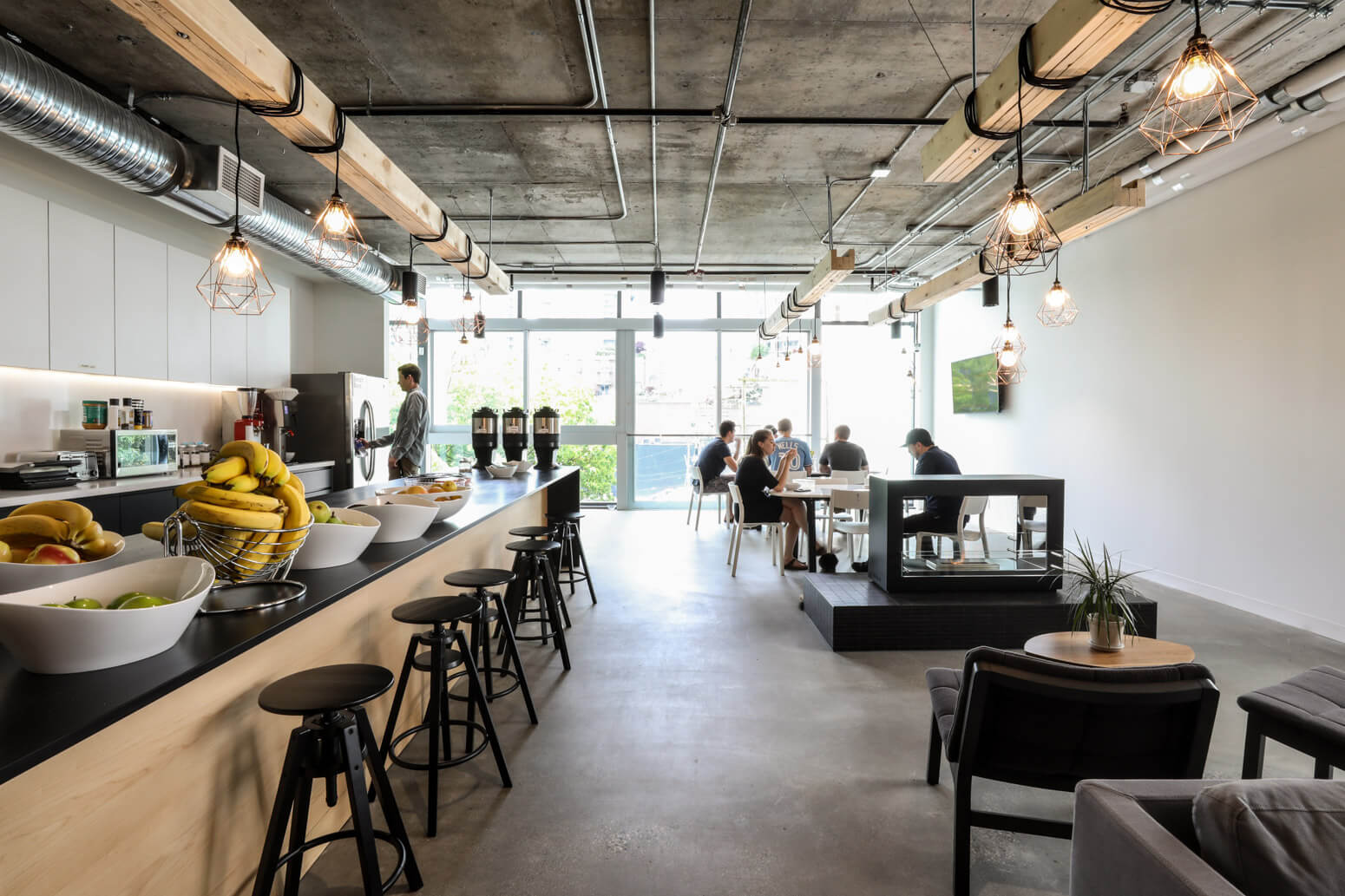 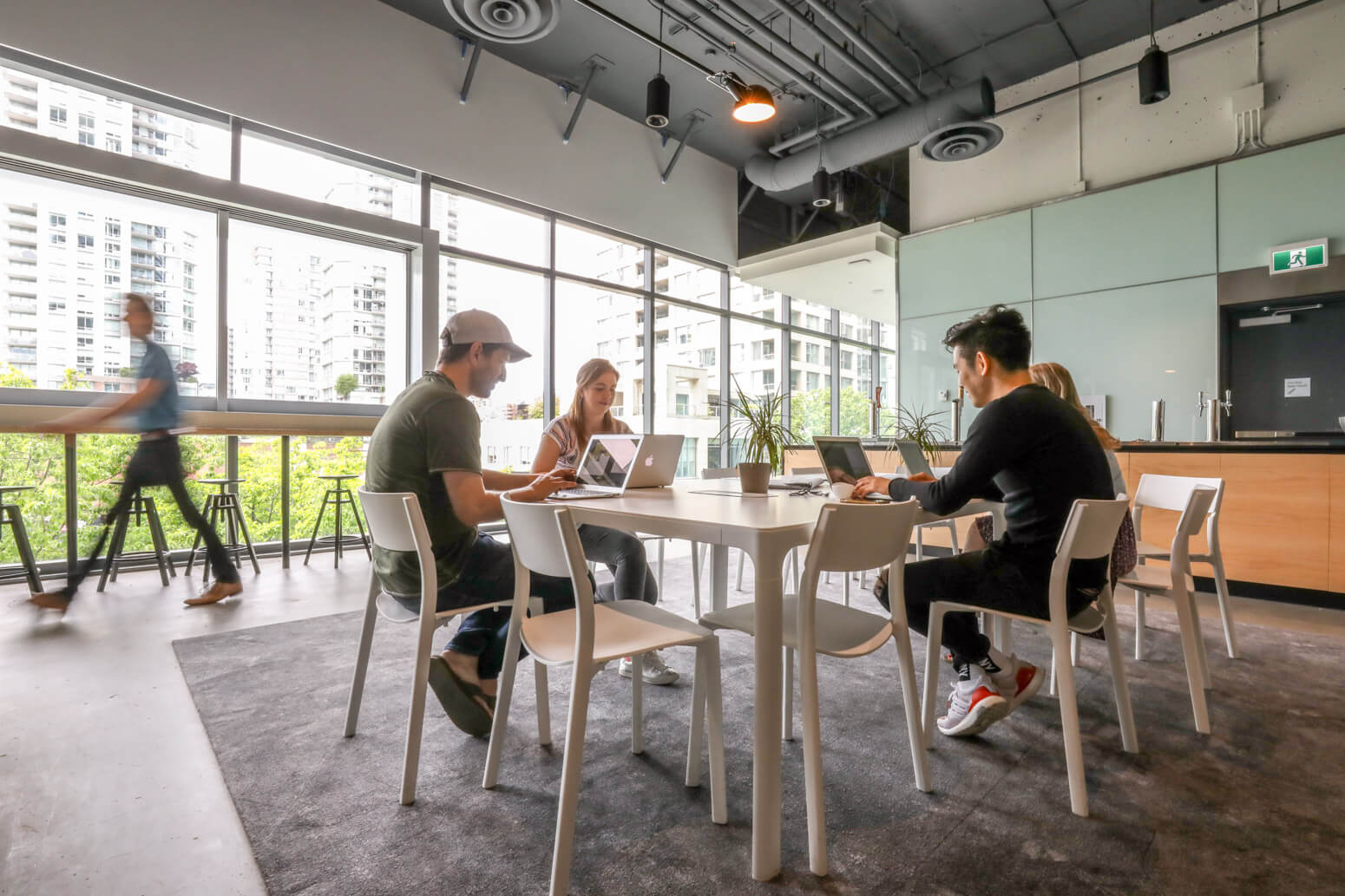 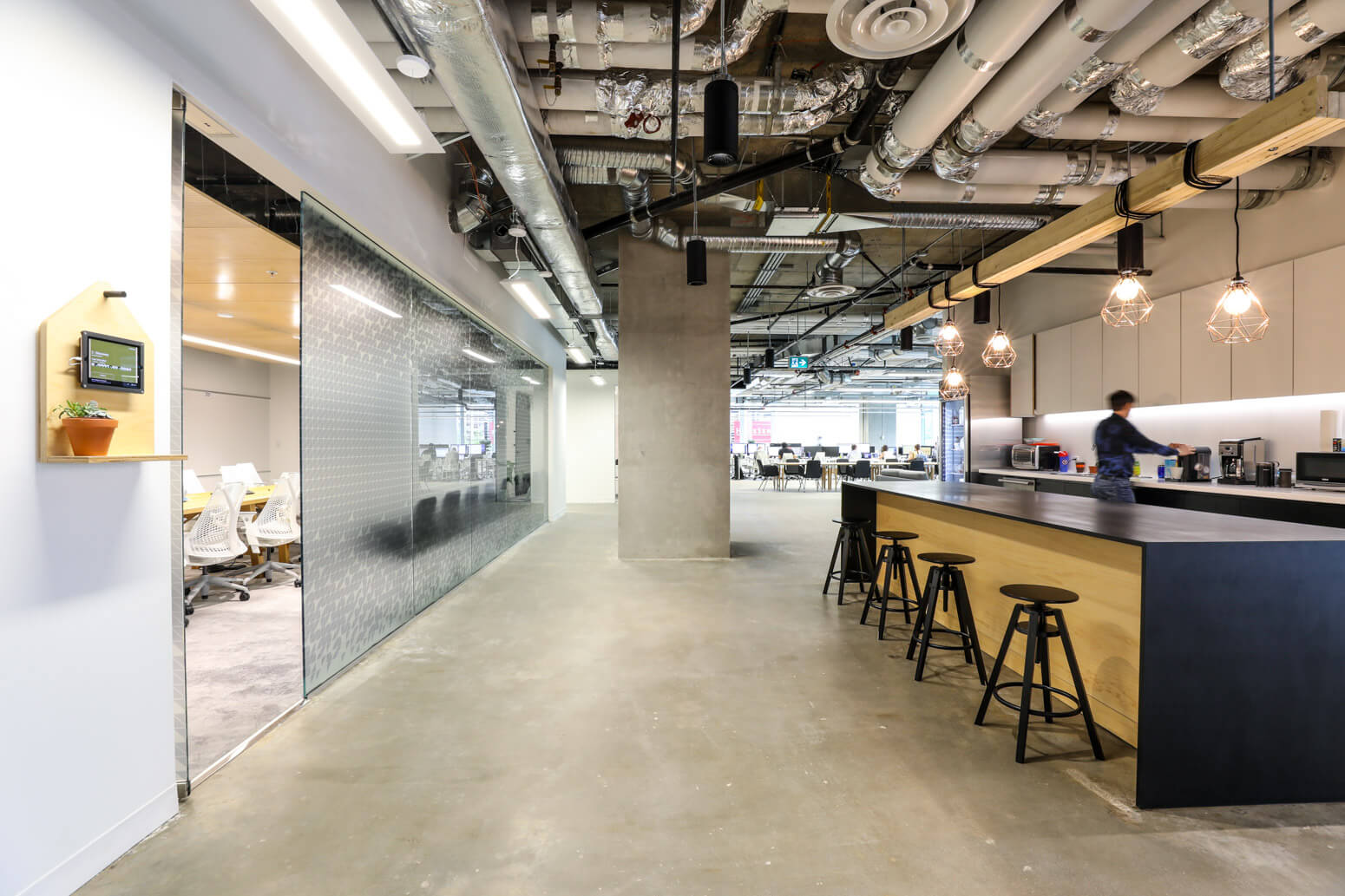 Bench’s company culture is best summed up in three words: Enjoy your independence. Not only is this a motto pulled directly from the employee handbook, staff are also encouraged to work with their managers and colleagues to make the office space work for them. They embrace flexibility and “plug and play,” empowering employees to pick-up and work from the location and setting that best suits their work style. Instead of focusing on employee inputs, the focus is on the quality of work they are producing—whether that’s done from a desk, restaurant booth or patio chair. 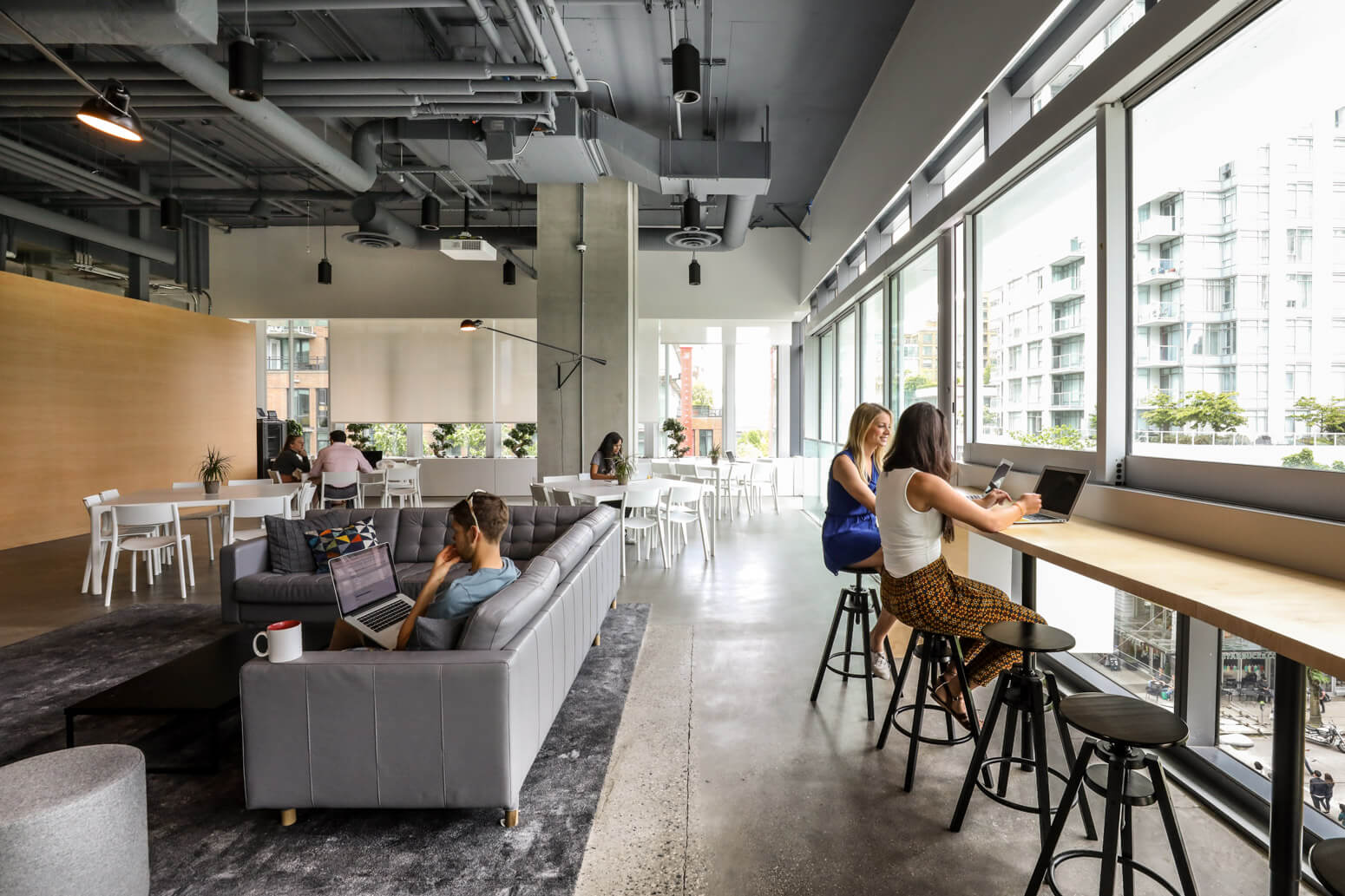 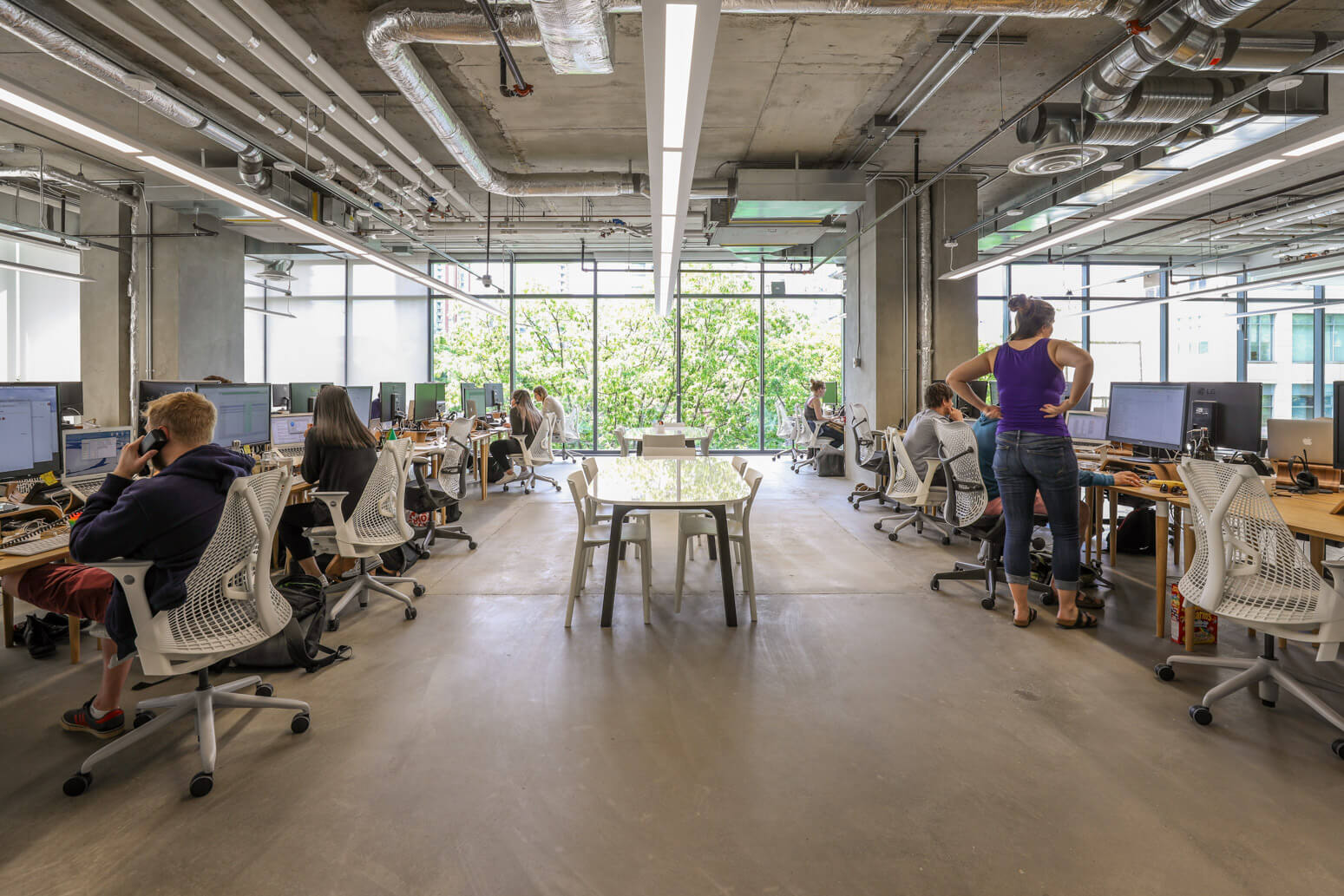 Mental health is top priority at Bench, so much so that the company created a dedicated guide for mental health and their own designated wellness room. Bench offers each employee a “Wellness Fund,” giving them the opportunity to invest in their physical and mental wellness, whether that’s through a gym membership or yoga retreat. They can even put these funds towards professional counselling, which may only be partially covered by their health plan. 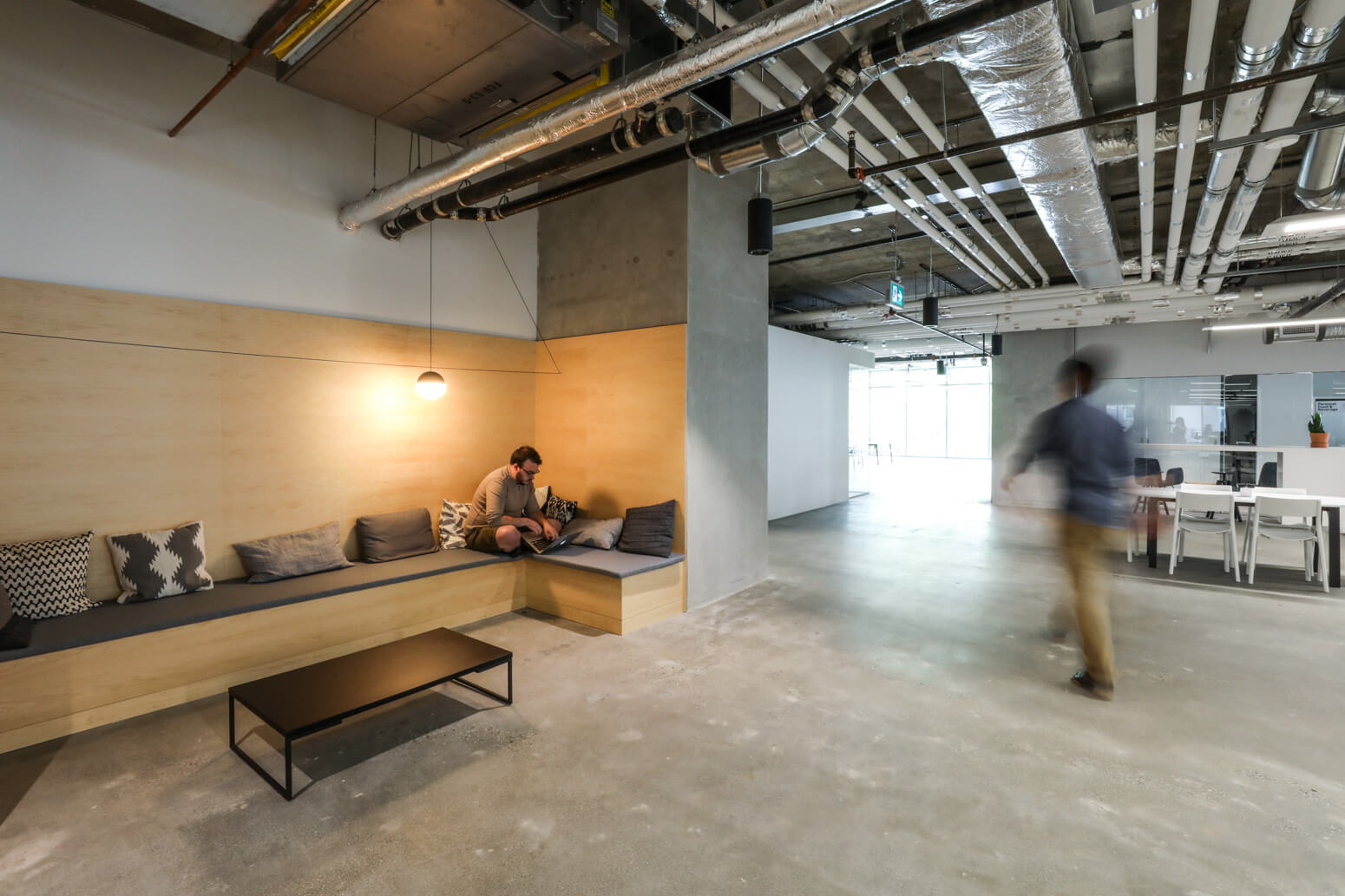 Monthly Town Halls are a time for the team to share and discuss what’s happening at Bench and acknowledge the people they work with. CEO Ian Crosby takes the mic each quarter to share quality metrics of Bench’s performance, giving Benchmates a tangible idea of how their efforts are paying off.

Weekly lunch and learns offered to all 250 employees focus on the development of leadership and management skills. The most recent series was geared toward developing emotional intelligence and stress management. Bench hosts many local events, including those that support women in tech, encourage diversity in STEM fields, and engage the local community in crucial conversations about Vancouver’s tech economy. 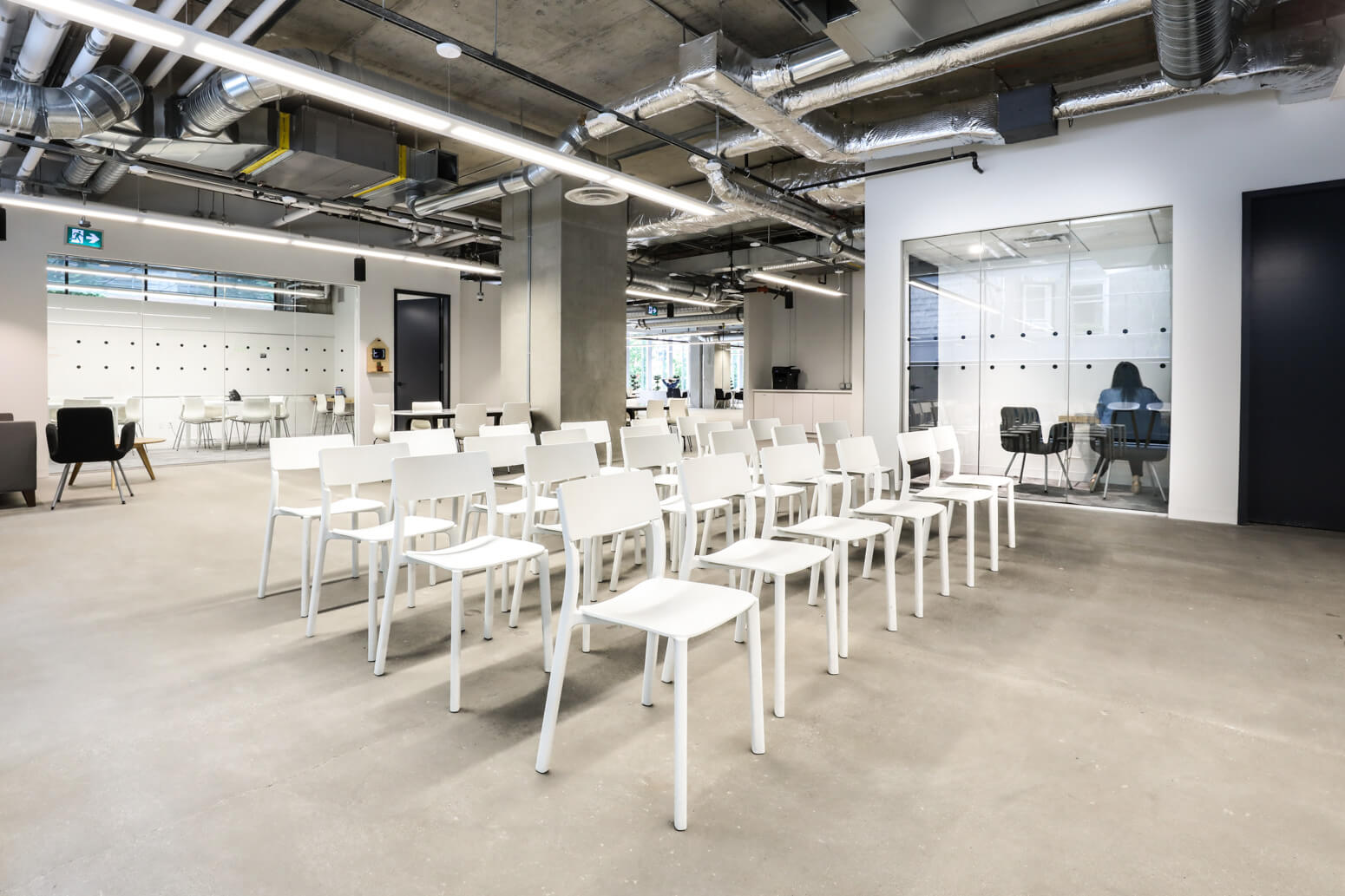 Benchmates have their pick of company clubs and initiatives including a running club, bike club, weekly yoga and meditation sessions, board games night, and quarterly hackathons. For the cyclists in the office, Bench provides a fully equipped bike storage area, as well as end of trip facilities and showers. 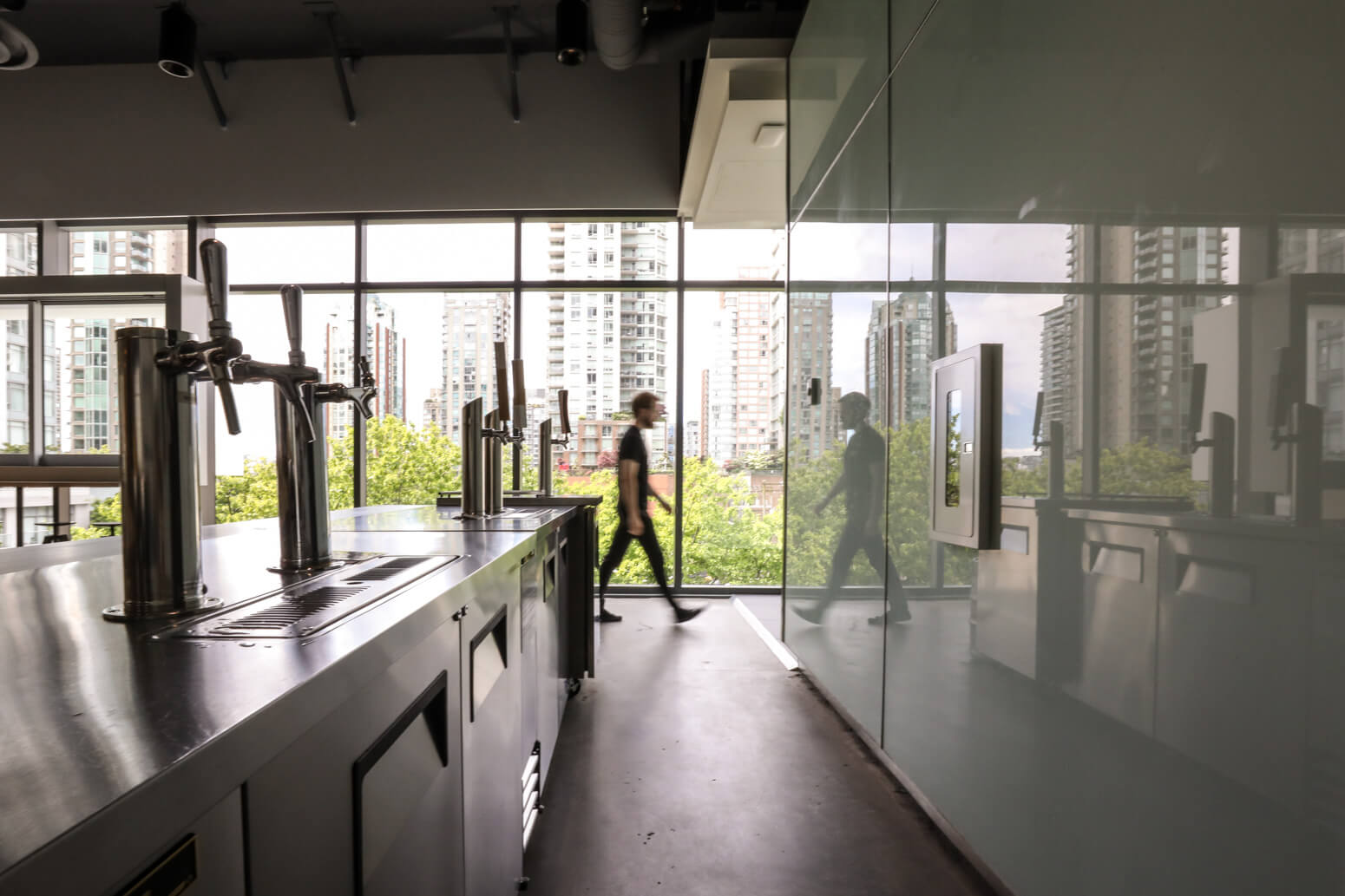 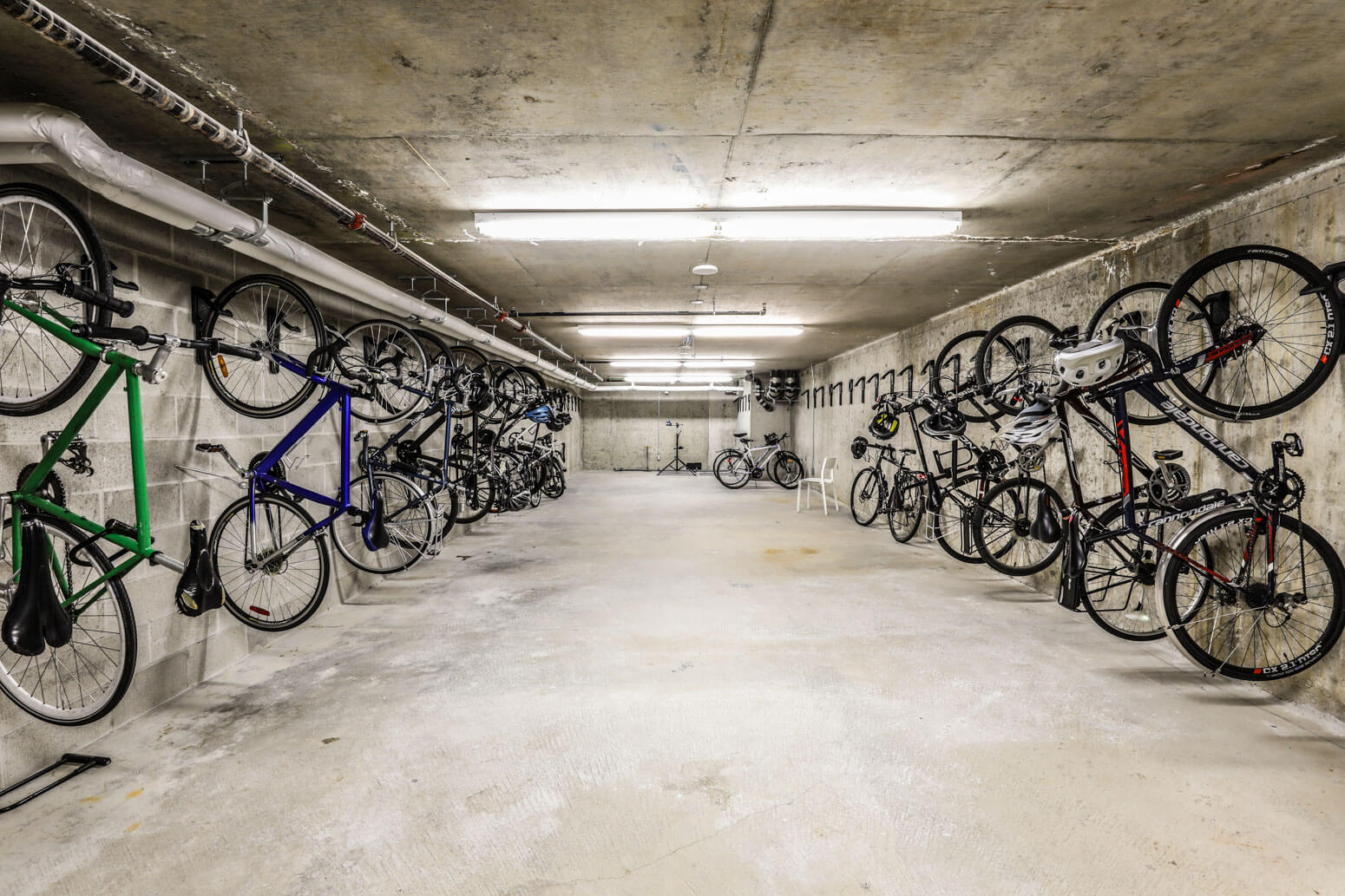 And what’s an office without a visit from a furry friend now and again?

Update: Perkins+Will, the design firm behind the Bench office has just released a video detailing the project. Watch it here: