In 2008, Montreal native and MIT graduate Vincent Leclerc pitched a Cirque du Soleil Art Director on a an idea. By using simple led wristbands, Leclerc would transform an audience into a connected light source that changes colors, syncs with music and creates a submersive experience that unifies the audience.

At first, this lofty pitch didn’t go anywhere. And neither did the product development—until two years later, when Vincent received a call from Cirque du Soleil, asking if the product was ready. In just two months, Vincent scrambled to pull together the technology which appeared in full-scale Cirque du Soleil production.

With that, PixMob was born.

PixMob operates globally with clients in the US, Asia, Middle East, Europe, and South America, but their headquarters remain in Montreal’s Ahuntsic-Cartierville borough. Their 13,000-square-foot office is a former WWII munitions and textiles factory. PixMob’s 80-person team took over the space in 2015 and designed it in collaboration with Jean DeLessard.

Their product has evolved over the years as well. This lab produces proprietary, built-in-house hardware used around to world that turns audiences into screens. They also leverage the wristband, in collaboration with their engagement platform klik, bring event analytics into the future. 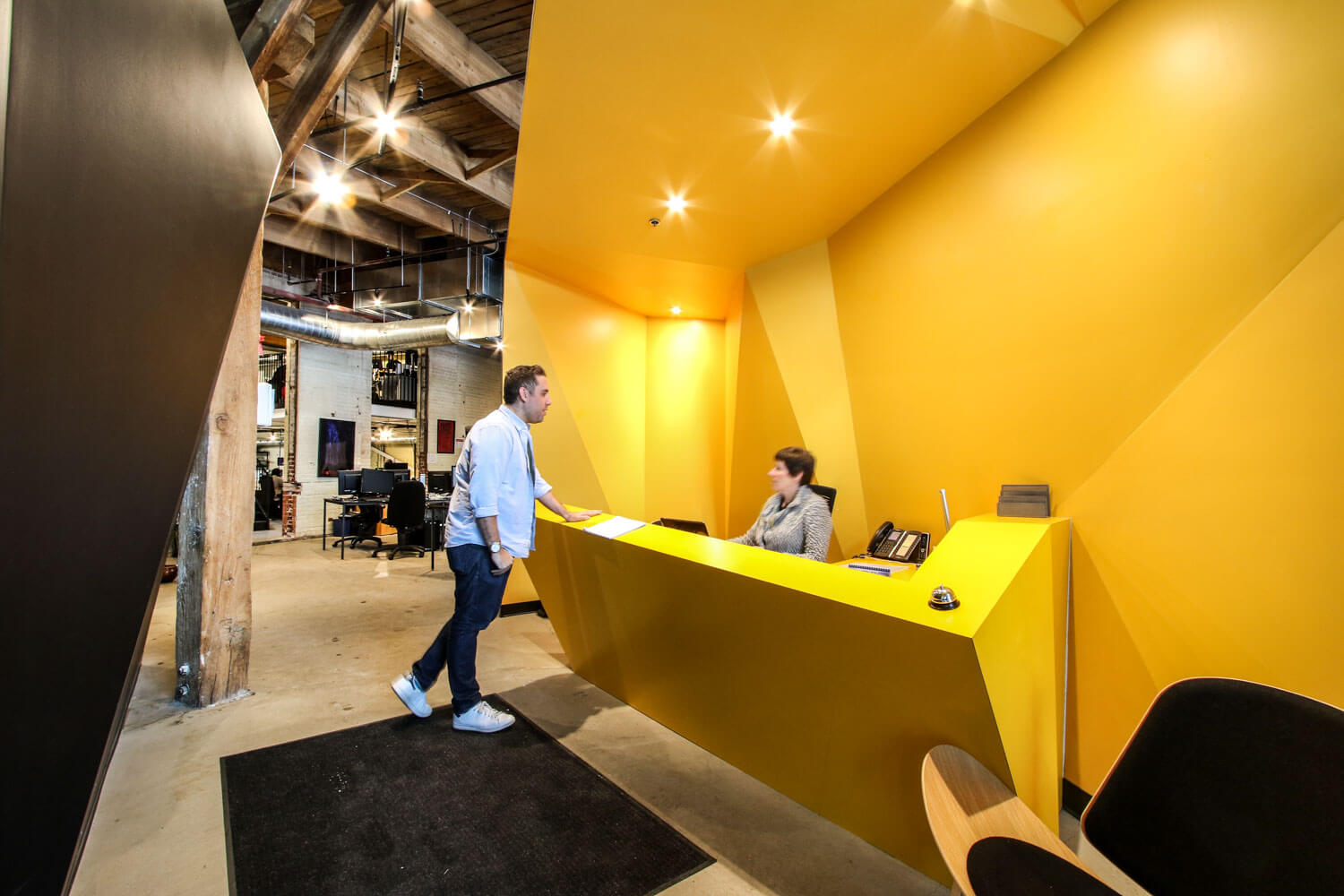 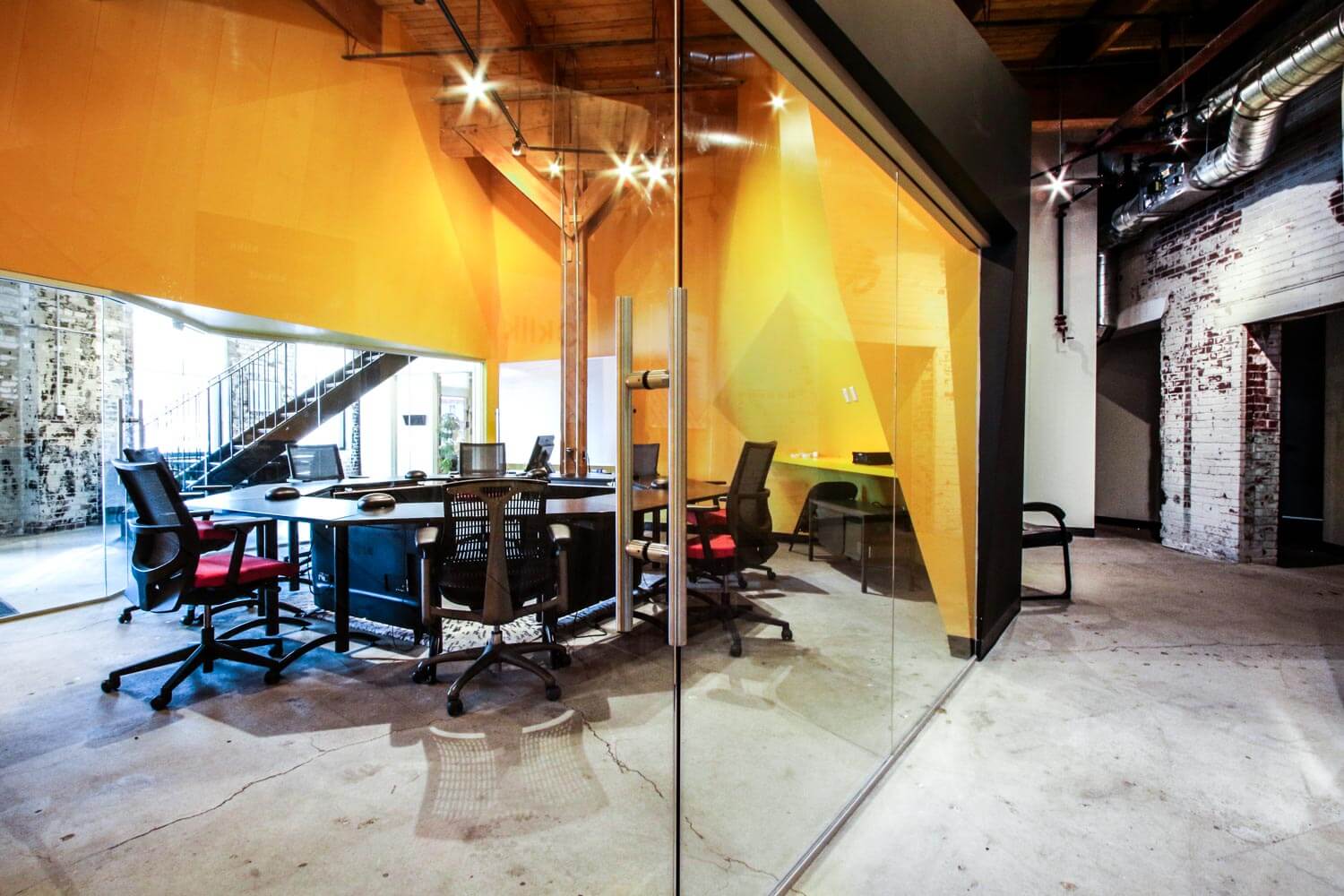 The decision to keep the headquarters in Montreal was an easy one for Vincent and PixMob CEO David Parent, even though the clients were always beyond Canada’s borders.

With clients Taylor Swift, the Winter Olympics, the Super Bowl and the NBA, nearly half of the company spends a majority of their time on the road. This team averages one live event somewhere in the world every single day. 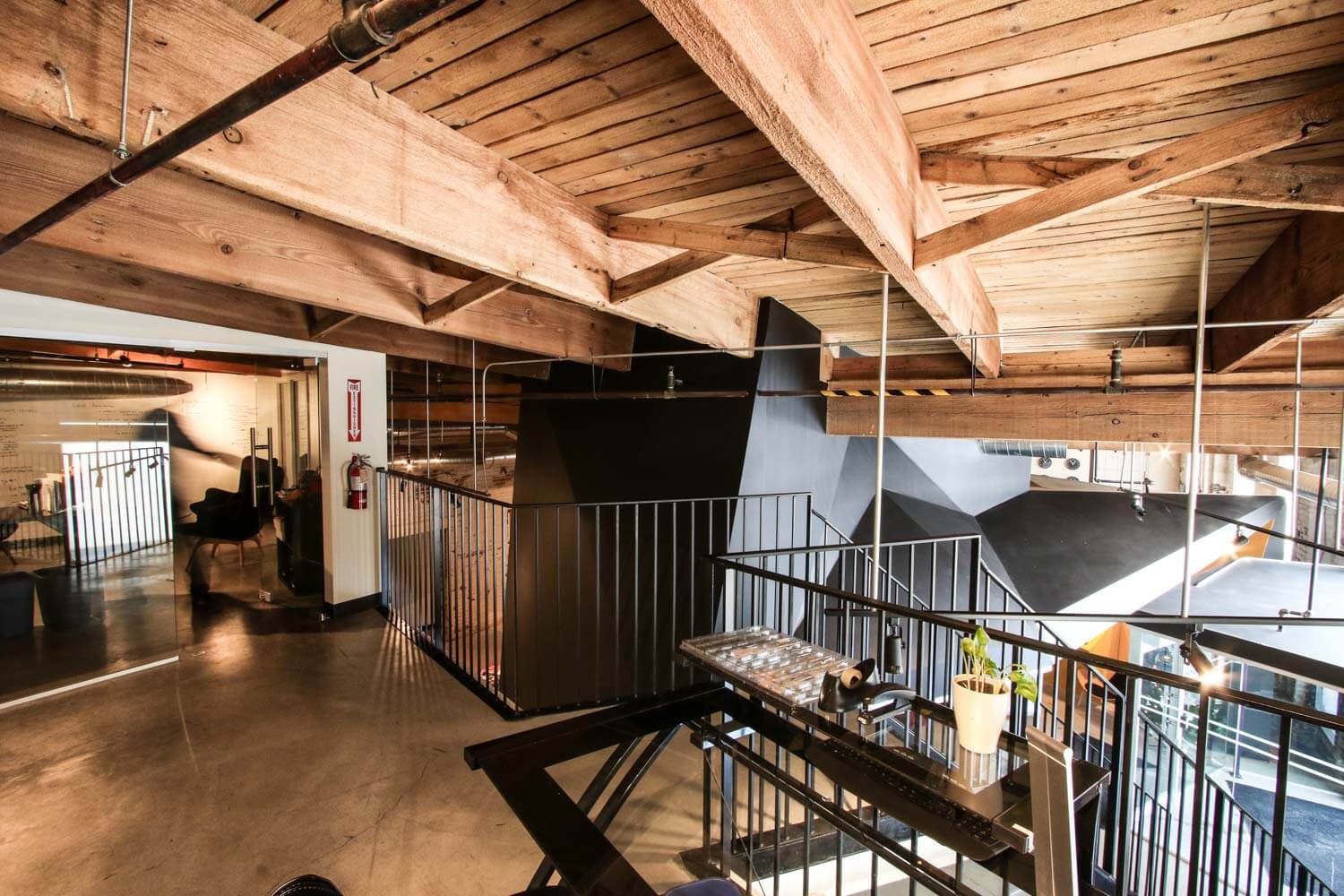 For the team members back home, they enjoy the open concept brick and beam space combined with modern glass and rich wood features. The office houses the company’s R&D, marketing, sales, production, and operations teams.

The various spaces accommodate the different department’s specific needs: Dark room for equipment testing, storage and loading bays for production, work benches for R&D and and open offices for sales. 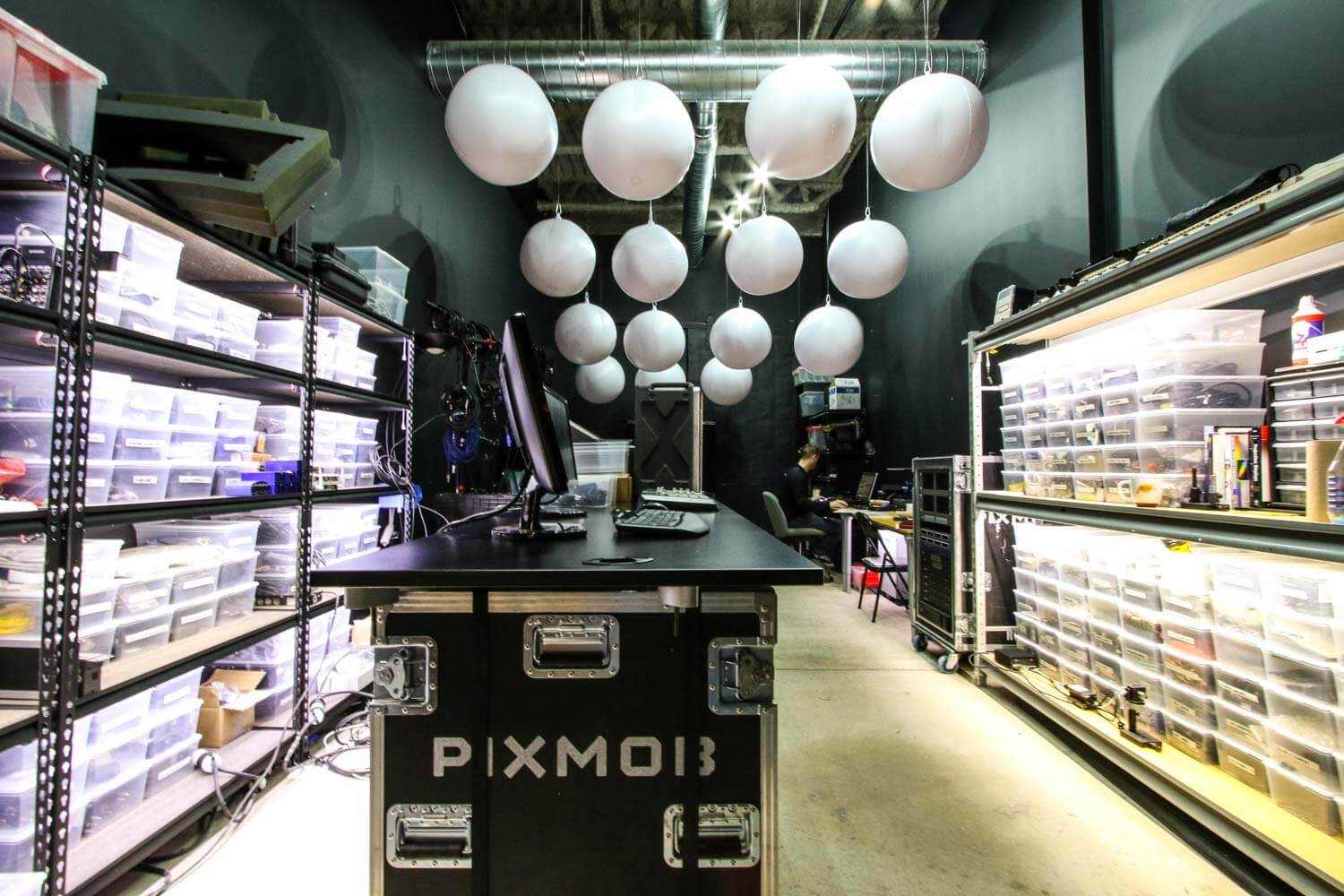 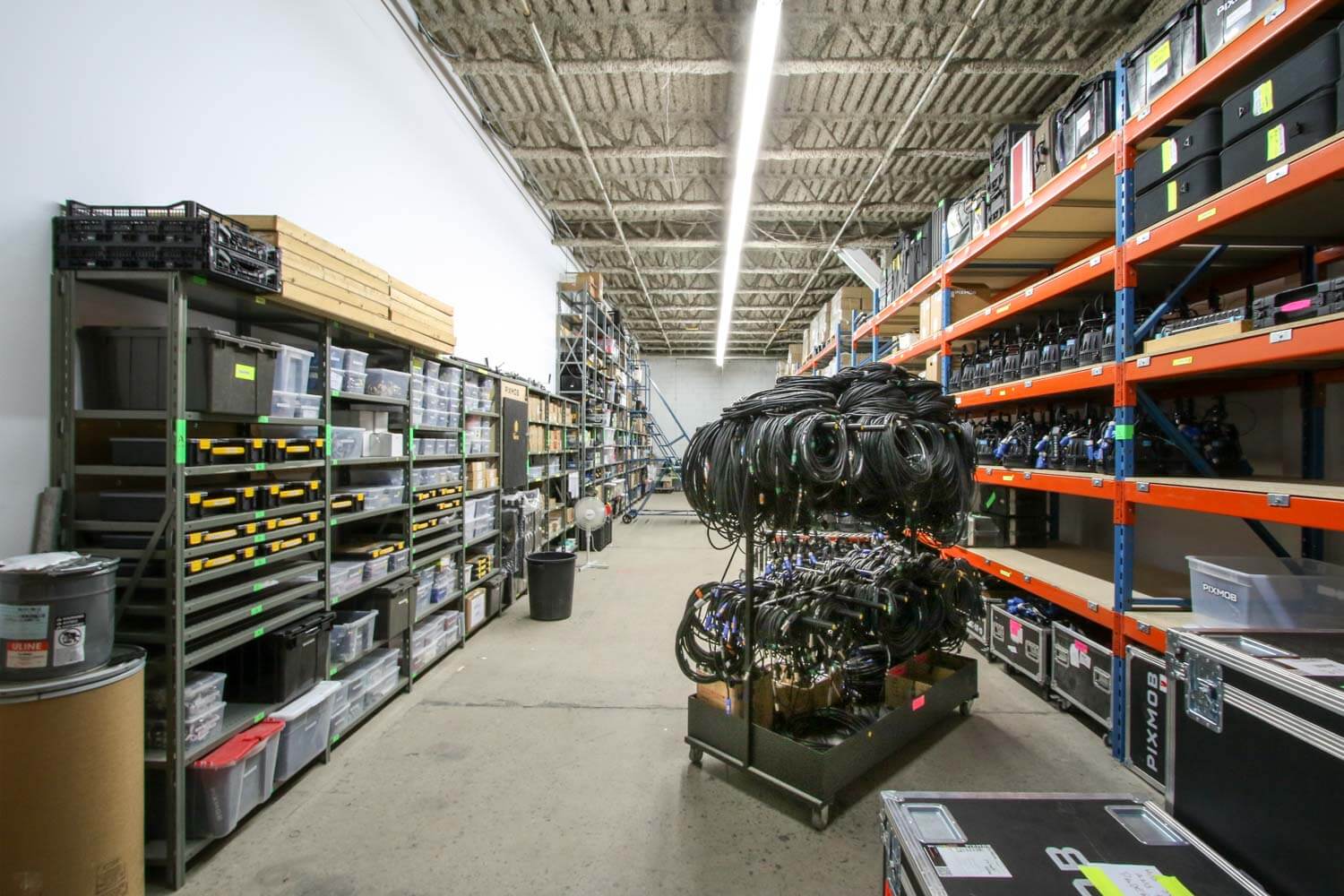 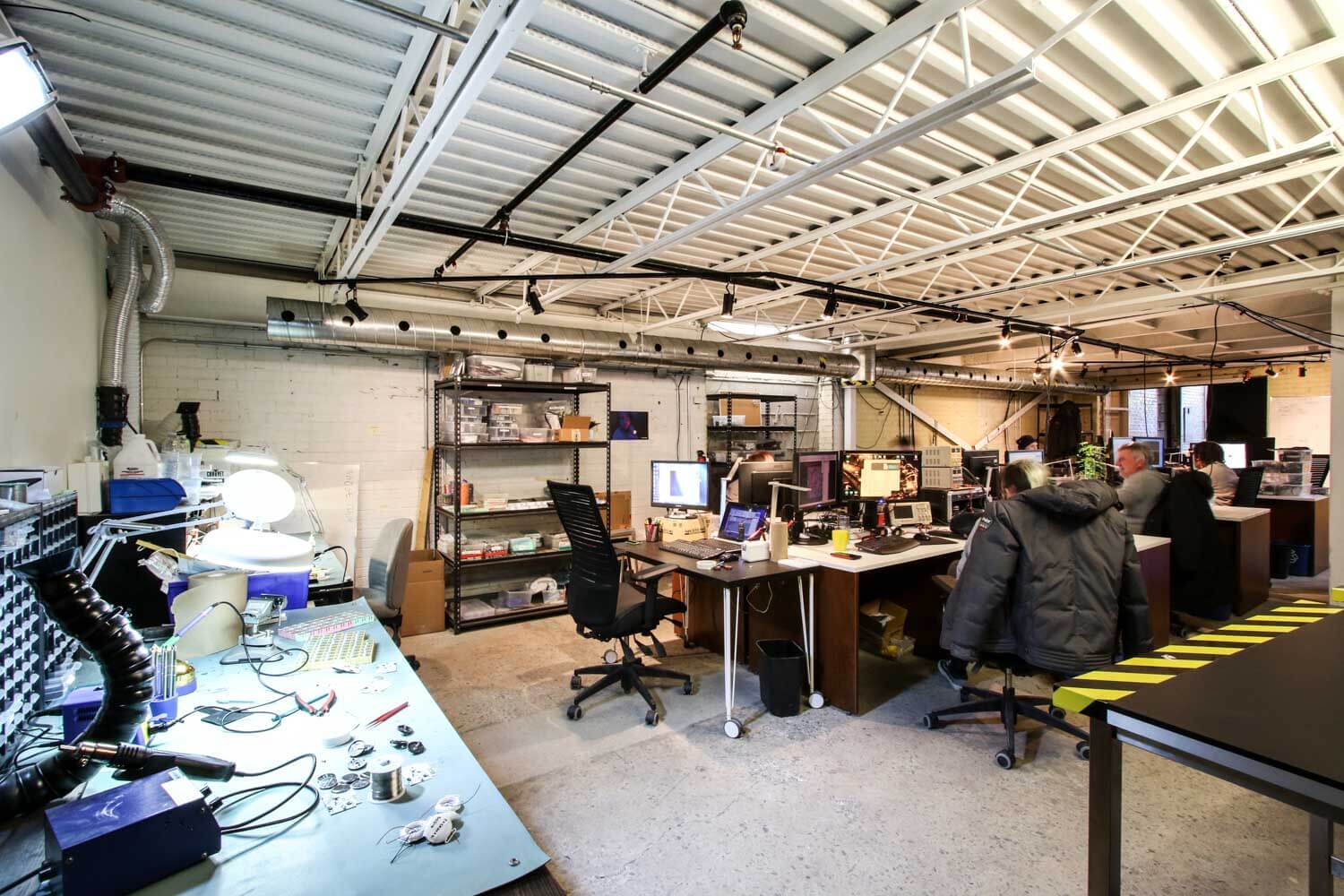 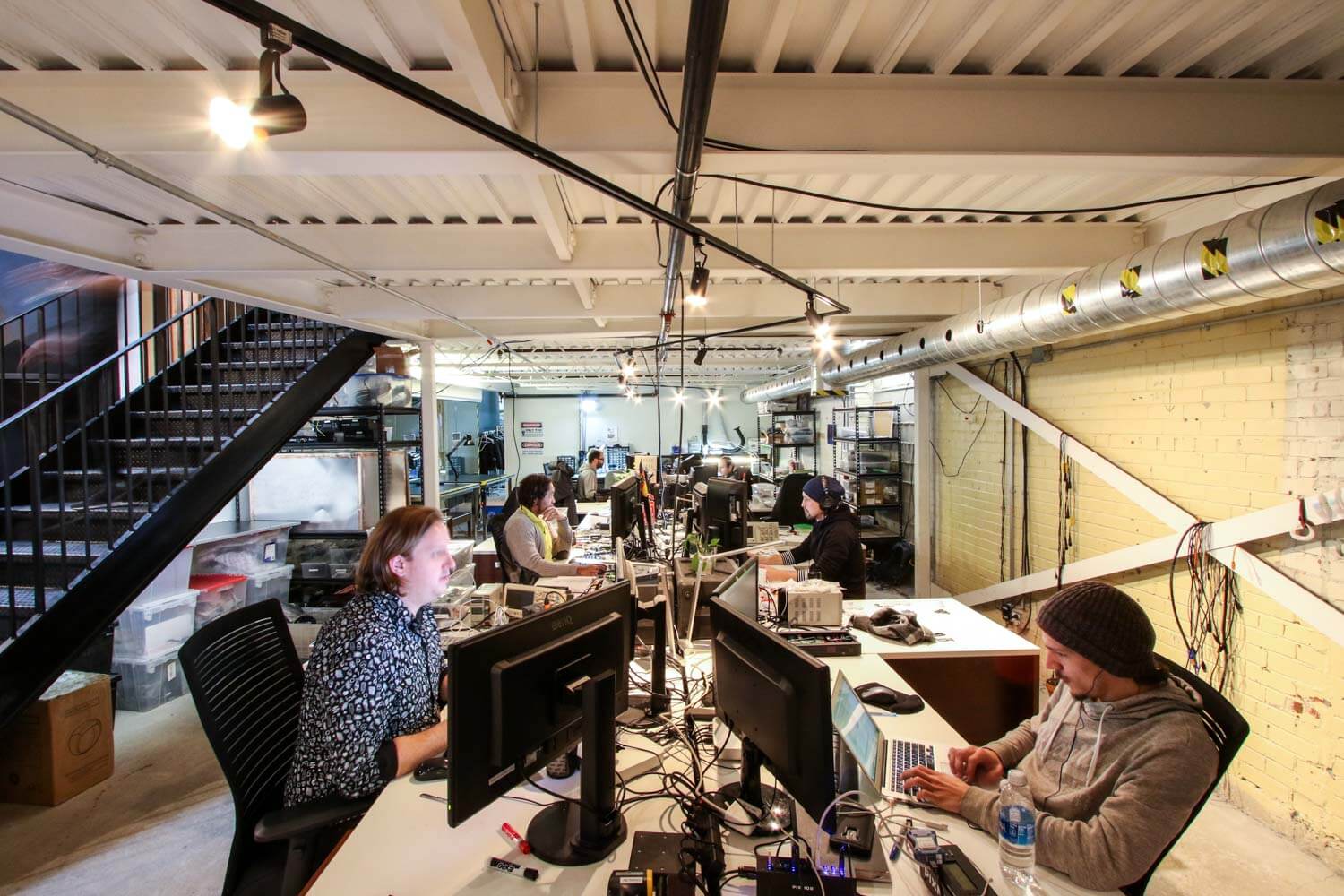 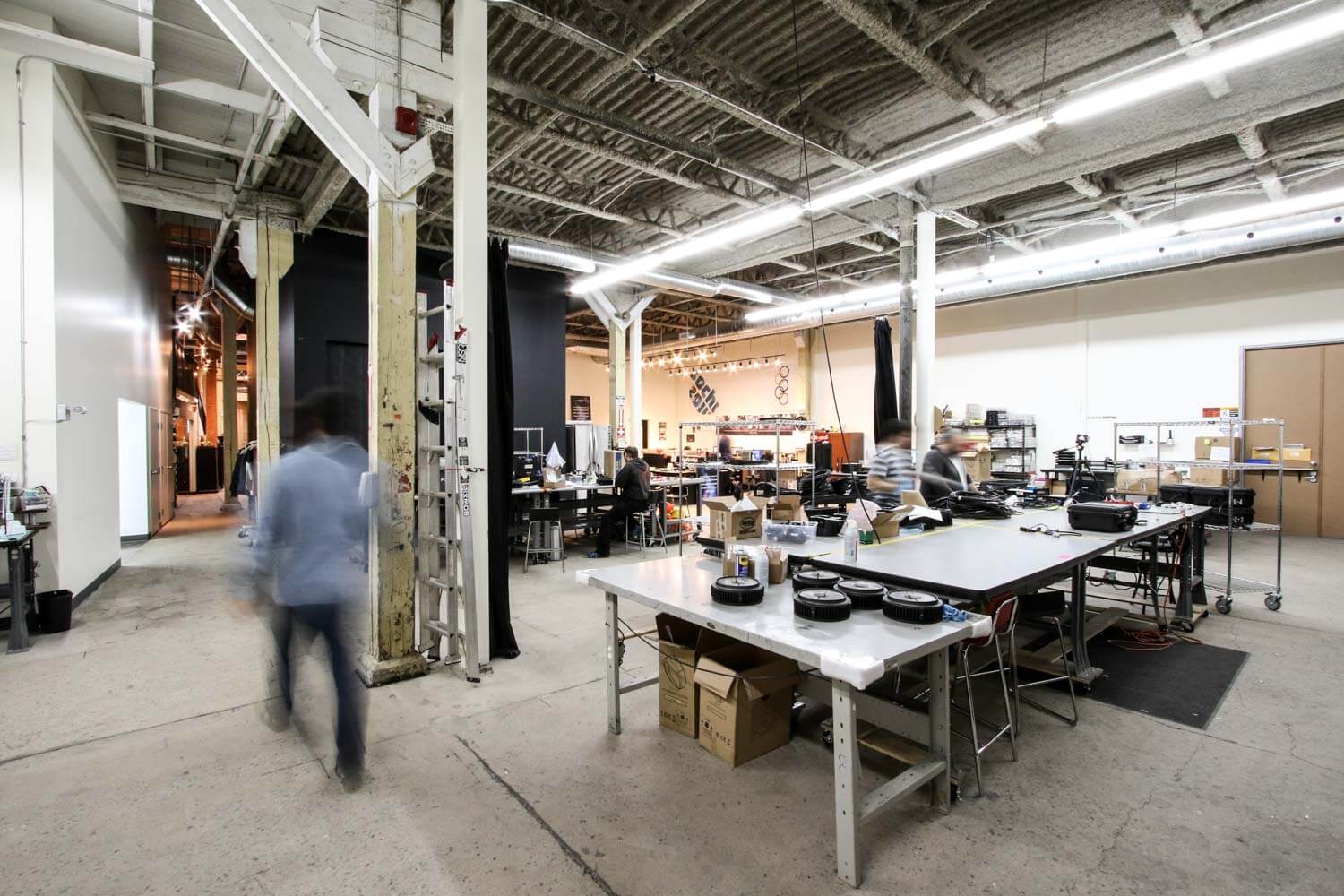 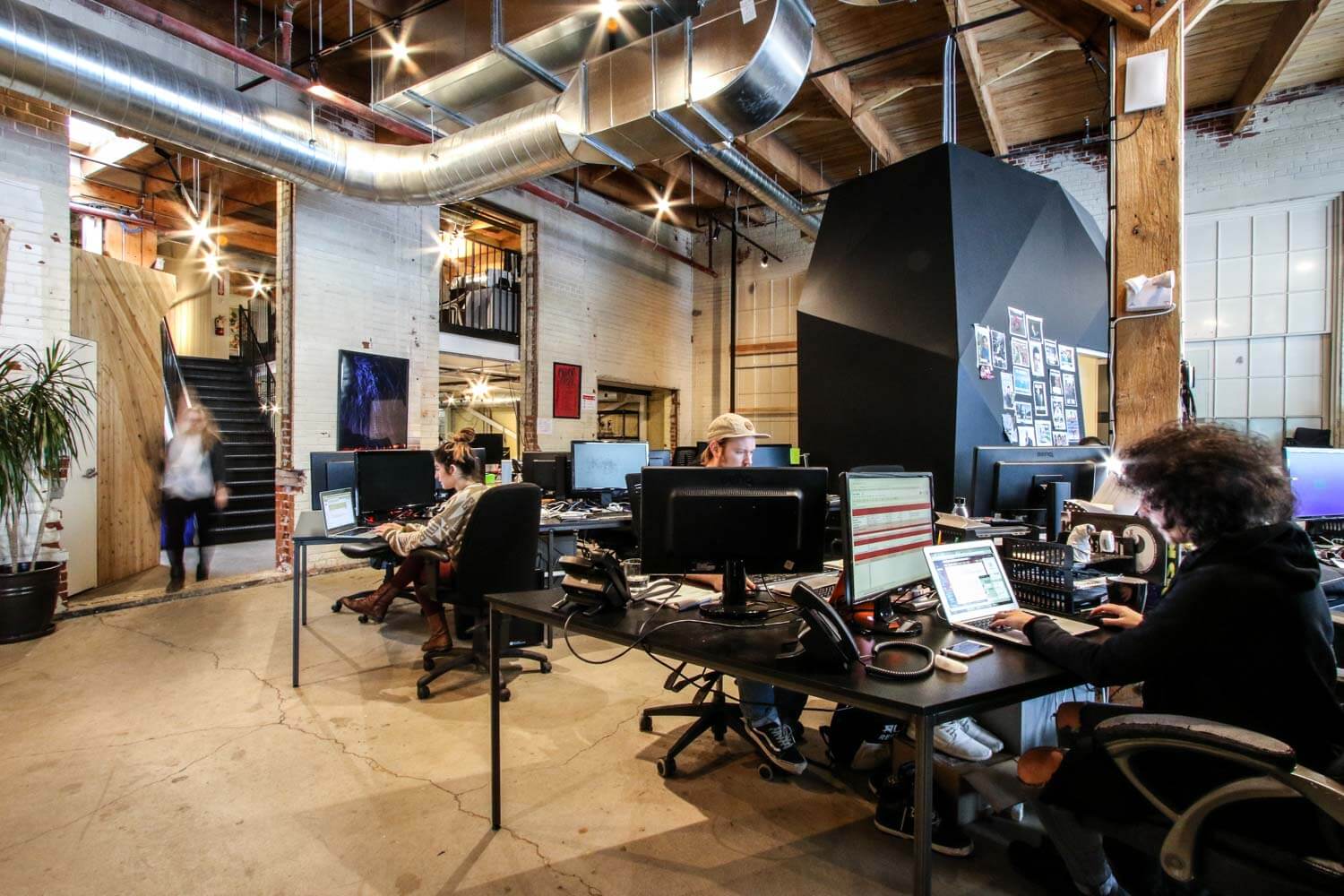 The kitchen is the central hub in the office, and intentionally so. Fresh produce and espresso are always available for staffers, not to mention a health stock of Montreal bagels.

Each quarter a different department will host a team breakfast. This has evolved into a competition to out-do the last team. Past menu’s included smoothie bars, a make-your-our poutine breakfast, homemade cold-pressed juices; and come fall it’s apple-everything. 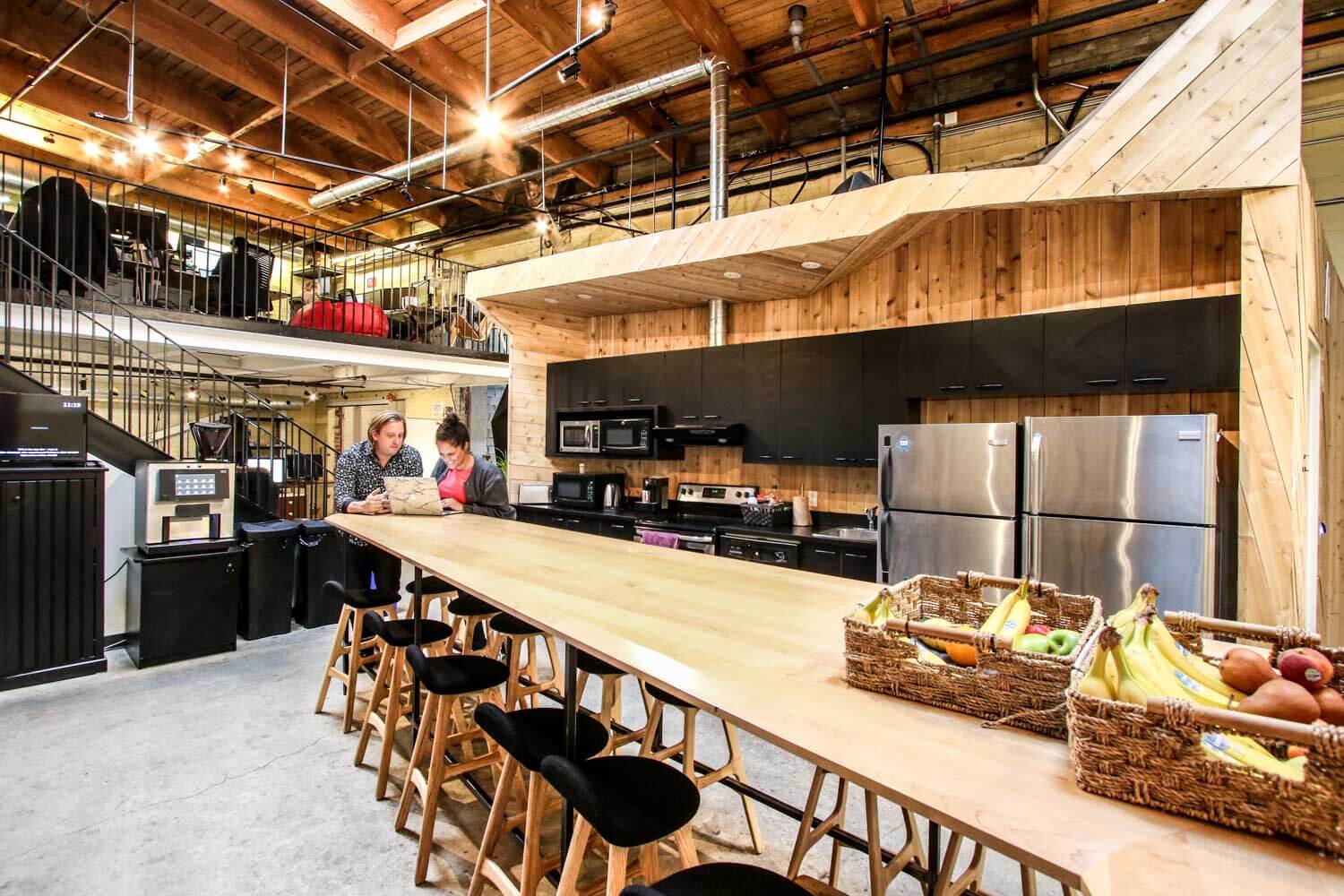 PixMob has found success with extremely public-facing hardware that they have invented in house. Scaling that kind of business requires the help of serious talent, especially for a company culture as self-critical as your will find at PixMob.

For Vincent and David, it’s about finding and developing A-level talent and for that reason, education has become an important part of the office culture, offering staff opportunities to develop new skills. Sometimes that means paying for courses, workshops, and travel expenses to build the right team. 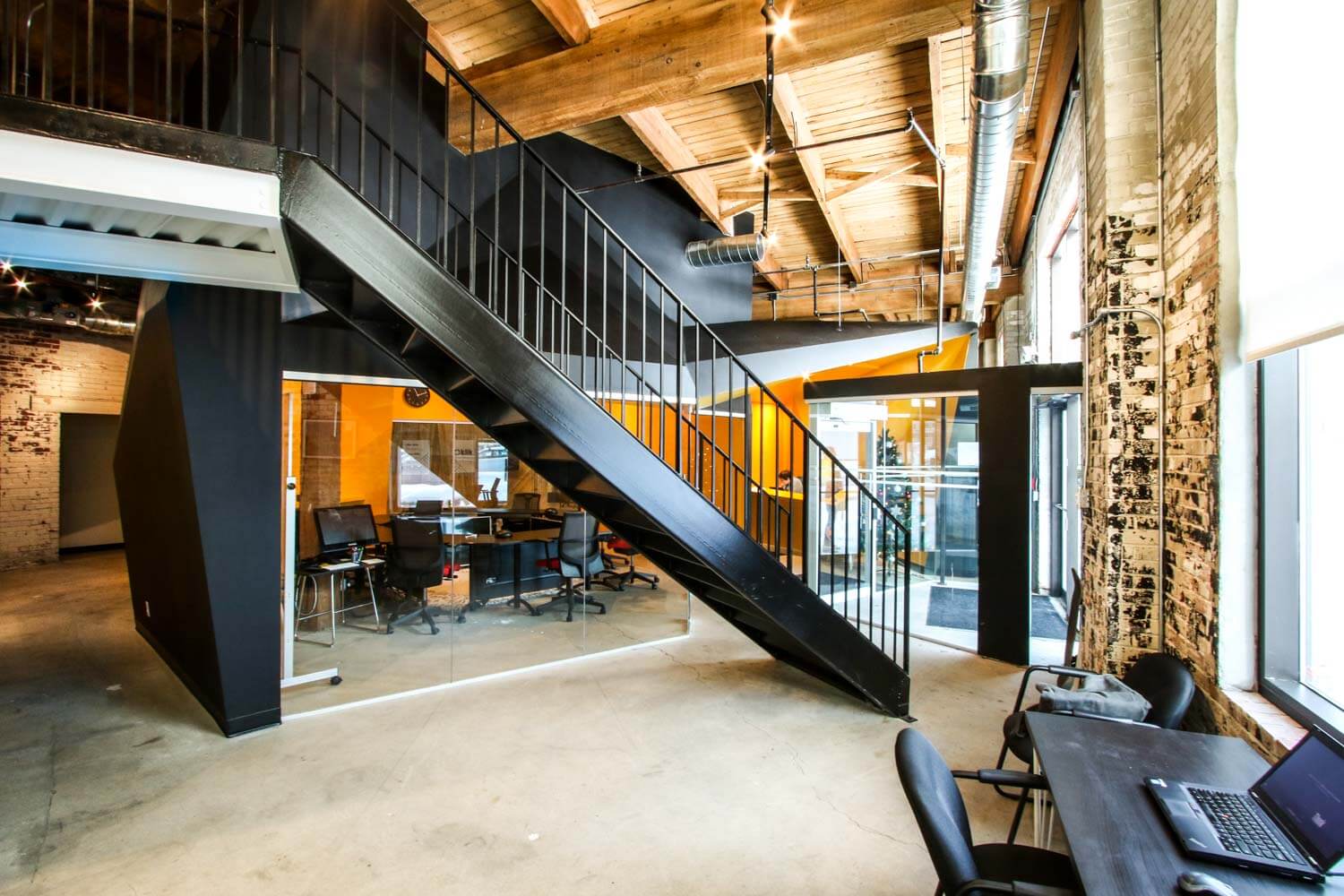 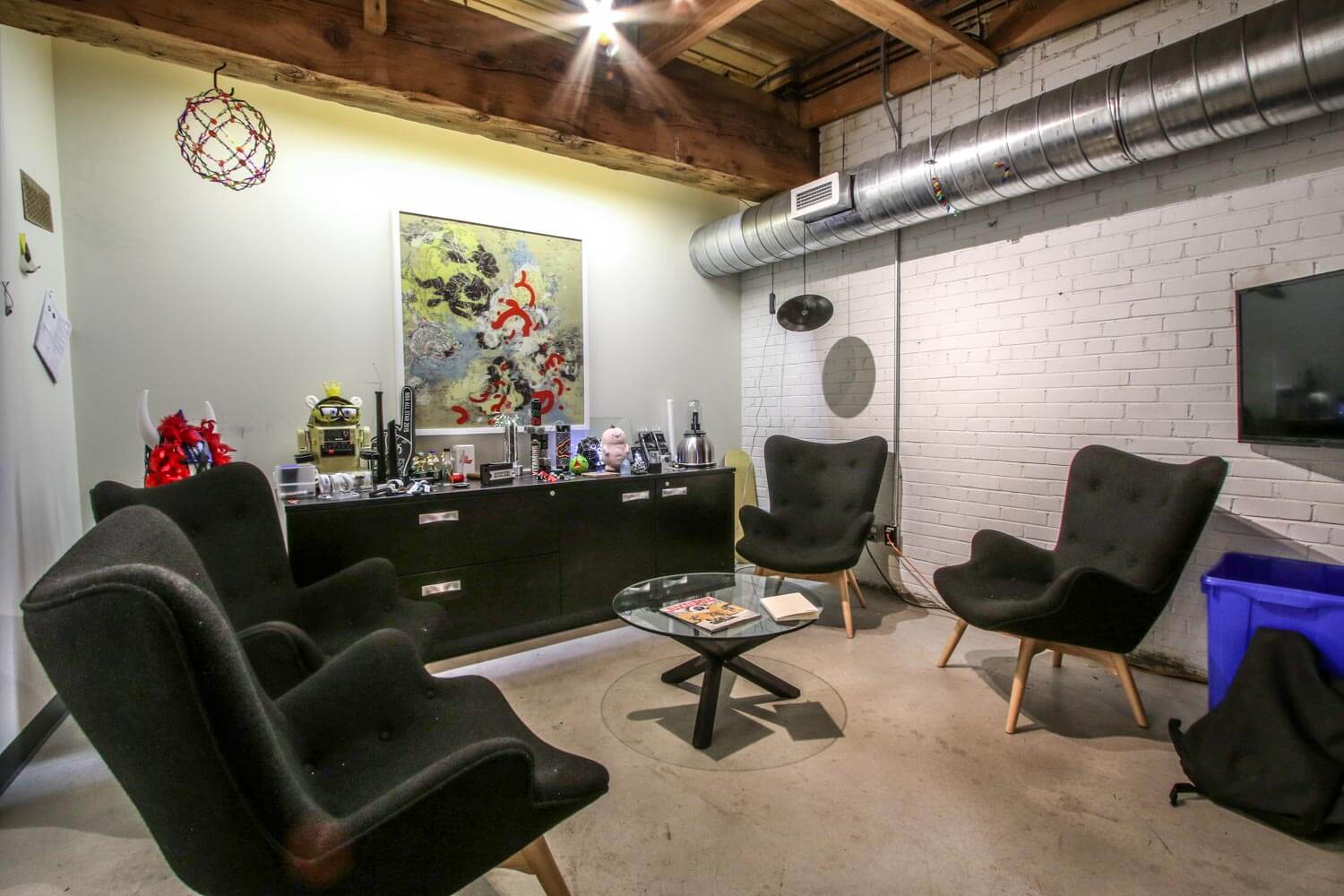 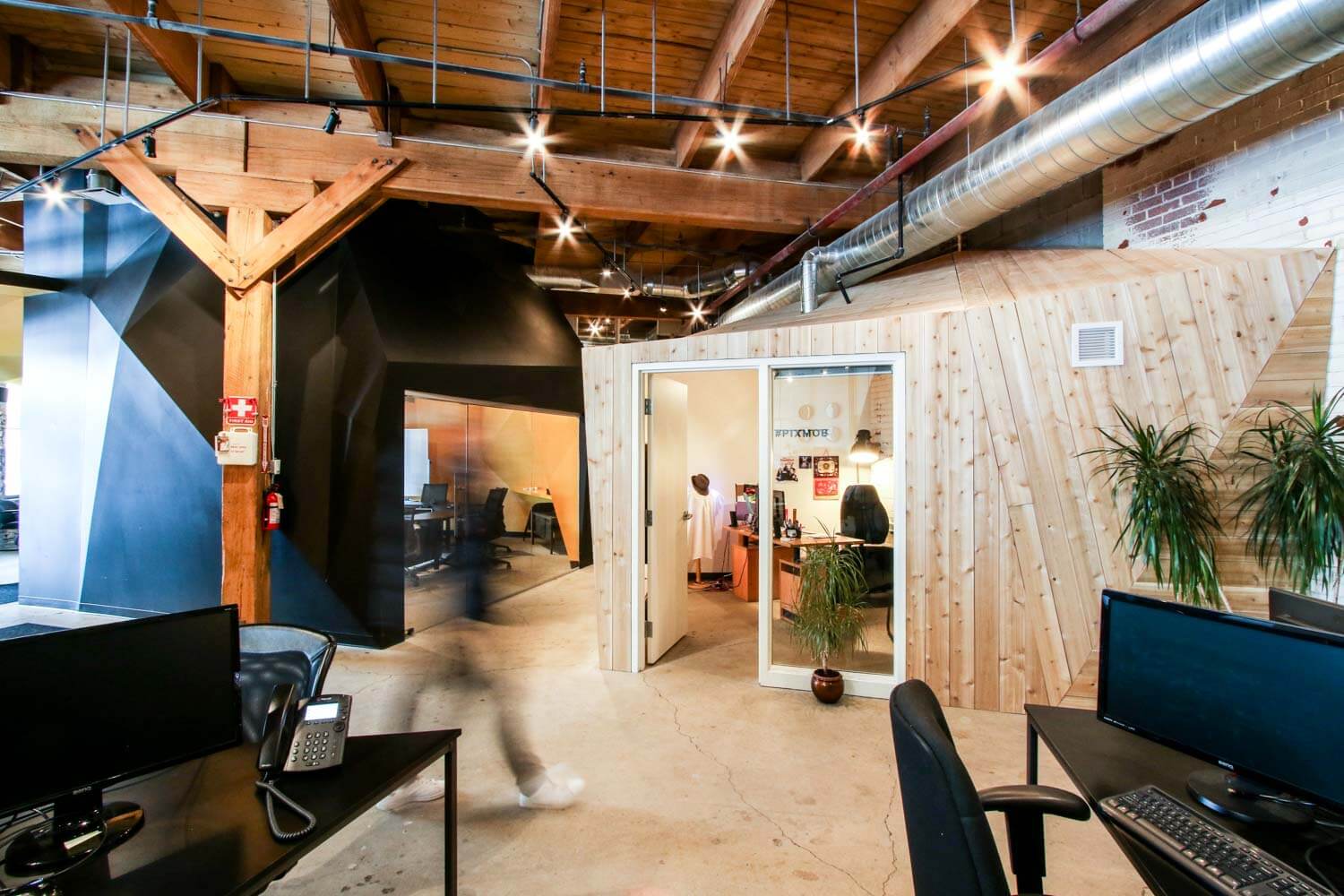 The entire The whole PixMob team is invited to the all hands weekly standup in the office kitchen. This is meant to foster a transparent environment where everyone has insight on every other portion of the company.

The team also meets in the kitchen to celebrate every new software release with a well-stocked happy hour, not to mention and well deserved toast every Friday afternoon. 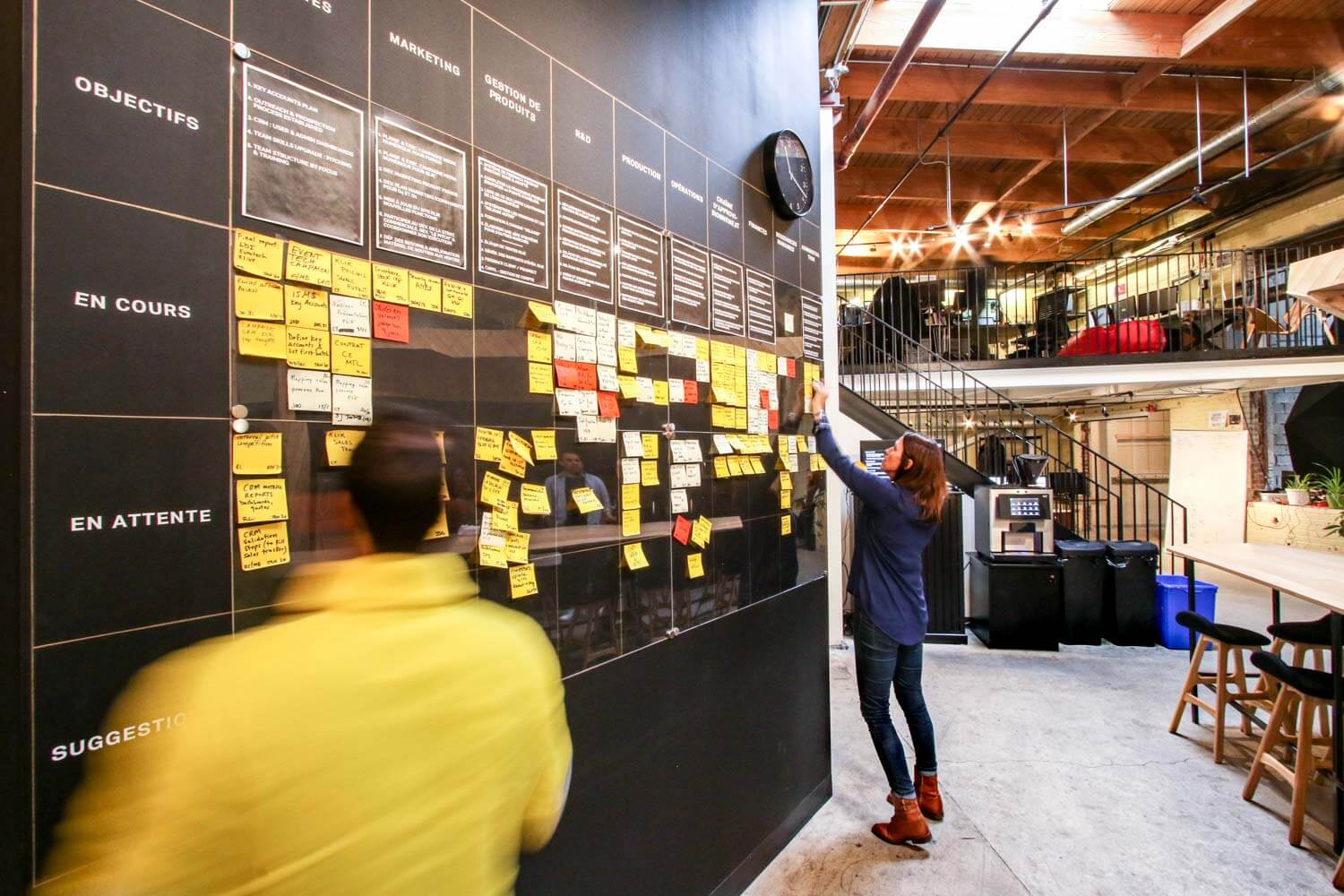 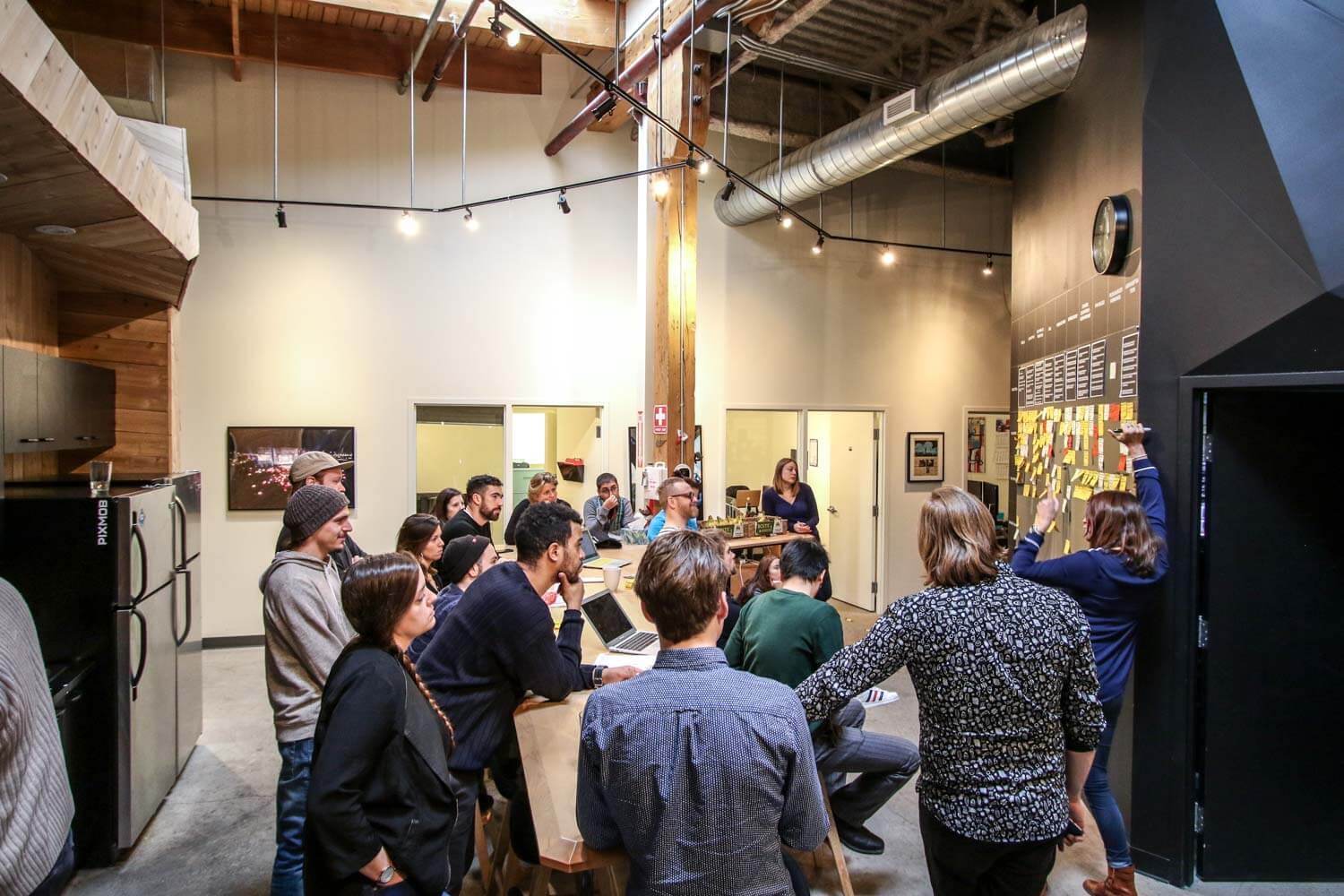