STAT Search Analytics is a fast-growing Vancouver startup that’s standing out from from its peers. The fully bootstrapped business was founded by artist turned self-taught programmer Rob Bucci whose first real project built the company’s backbone.

While finding his footing in the marketing field, Bucci built a tool to track search rankings and fell into an analytics business. When the CEO realized the product he developed had legs, he started selling his idea to big brands—that was before he had a business plan.

Launched in 2009, STAT Search Analytics equips SEO professionals with fresh location-based search data from browsers like Google and Bing. From a cloud-based application, users can track search content and measure performance through SERP (search engine result page) analytics including where they rank and where their competition ranks. This data is what STAT calls a “treasure trove” and leads companies to gaining a competitive edge in search. Today, STAT is a data partner to some of the world’s largest online brands and SEO agencies, including Pinterest, eBay and iProspect.

Now STAT is stepping up their SEO game at their new Railtown headquarters in the city’s industrial east end. Nestled at the corner of Alexander and Heatley, the Vancouver firm moved to their new digs in April 2016. Since then, they’ve almost doubled their team to 40 people and the numbers are only rising. 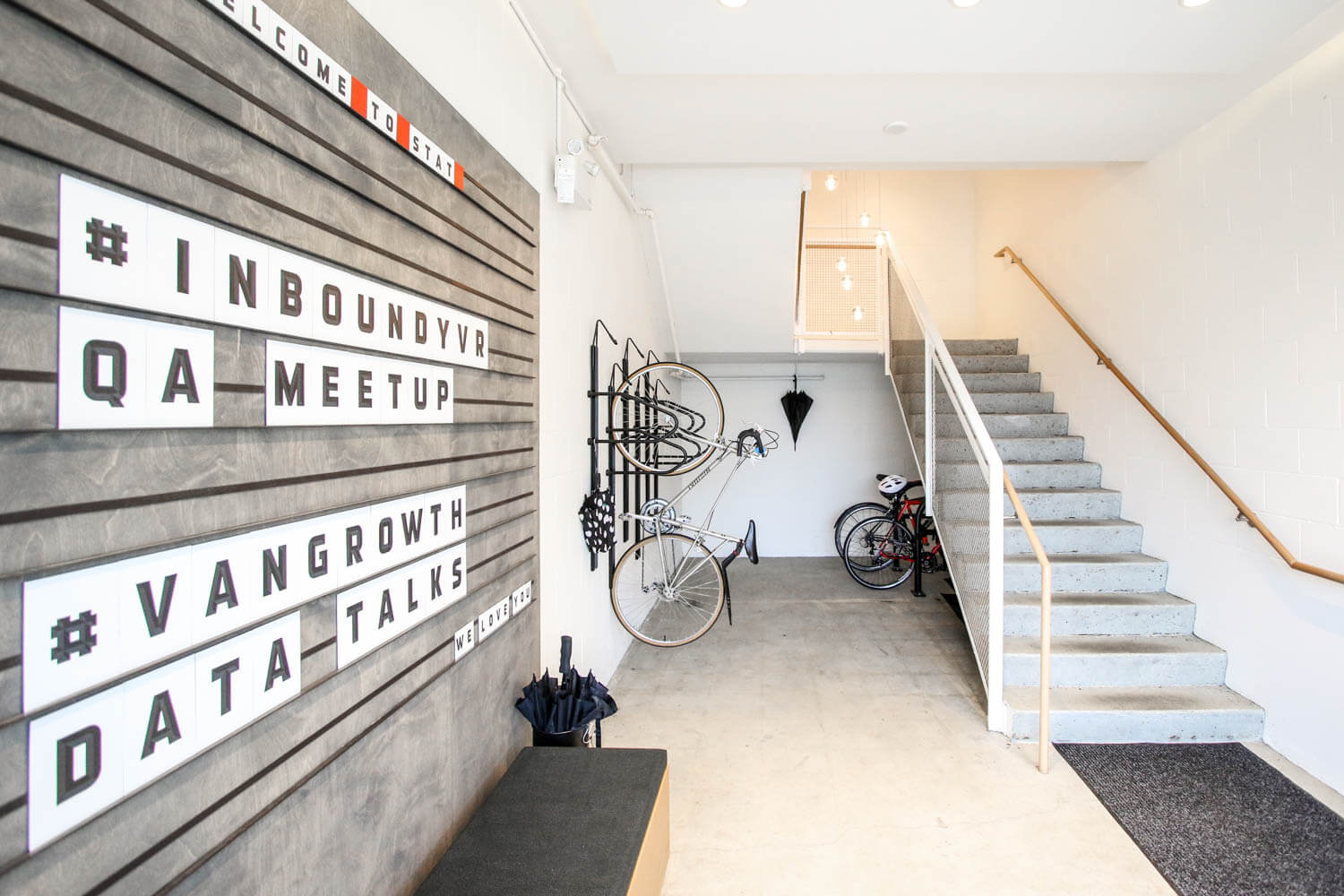 Two features that are hard to miss is a glass orb pendant lighting fixtures that extends through a stairwell connecting both floors, and a red and yellow tiled mosaic that spells Hello, World—the first thing you learn to code in Java.

The main floor is where work gets done. A combination of open-concept desk clumps and breakout rooms create a balanced work environment that champions teamwork, collaboration and productivity. Enclosed work spaces boast tables for four, livened up by a punch of colourful artwork—commissioned by local artist Lucien Durey—and exposed Edison bulb lighting hanging from the ceiling. 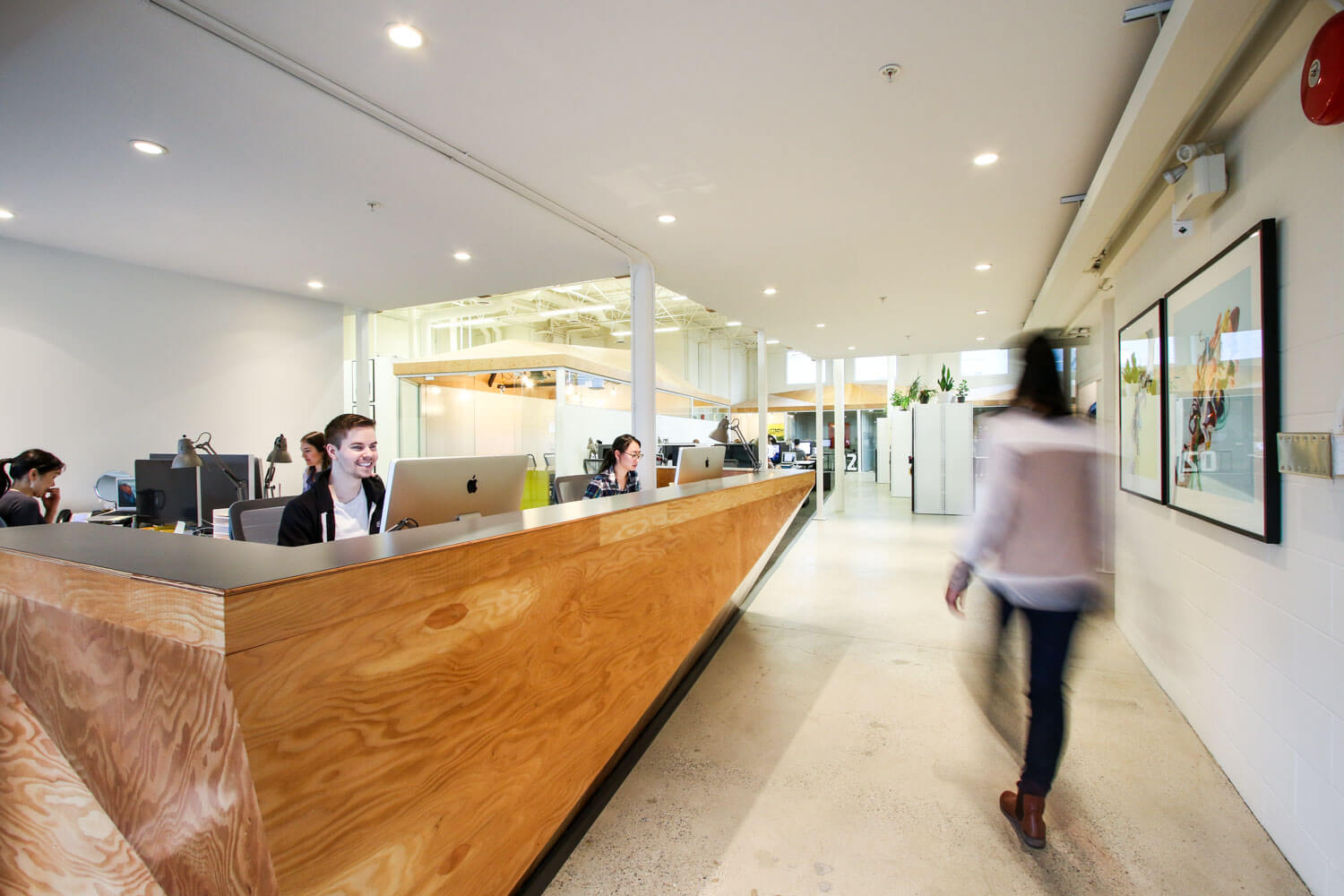 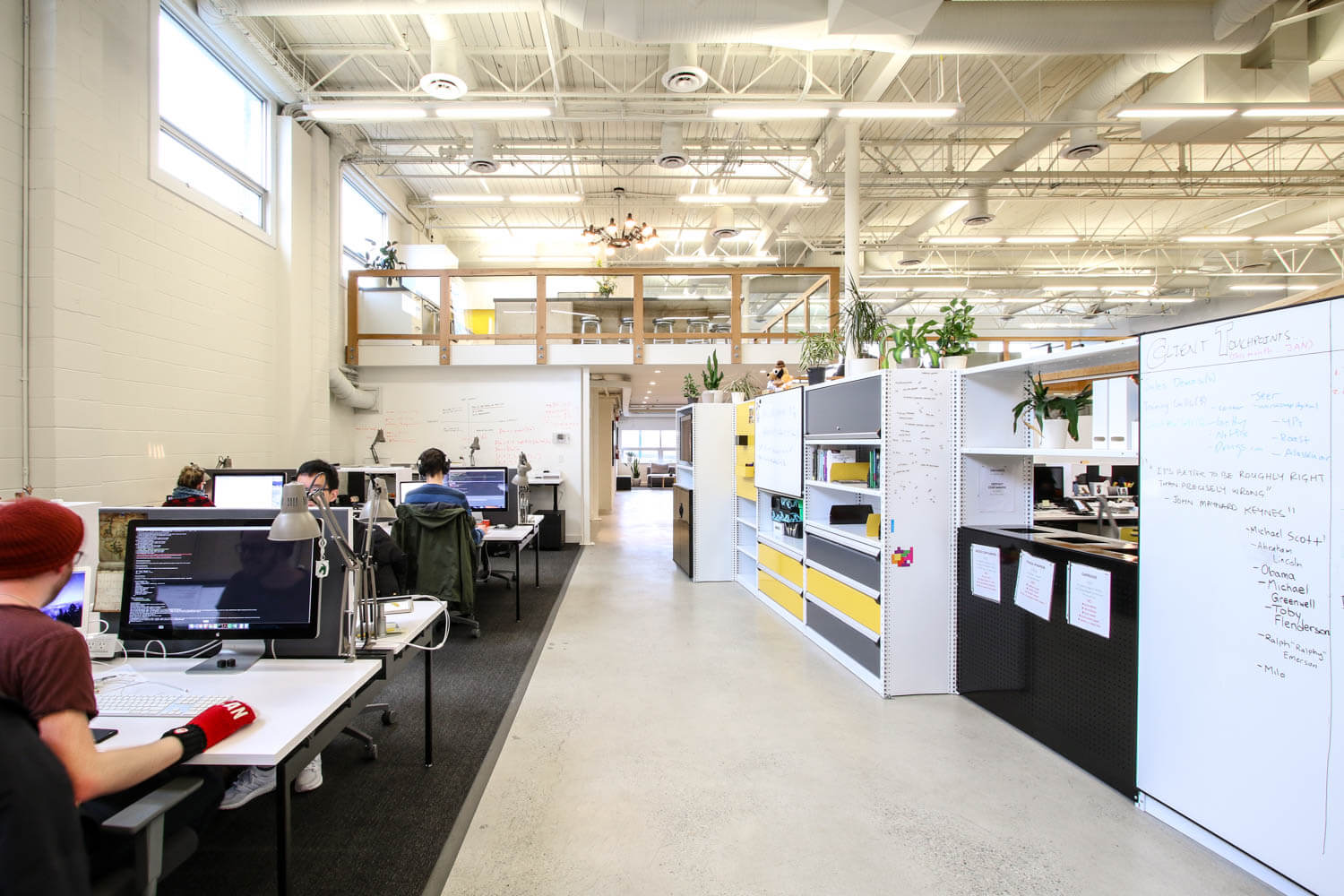 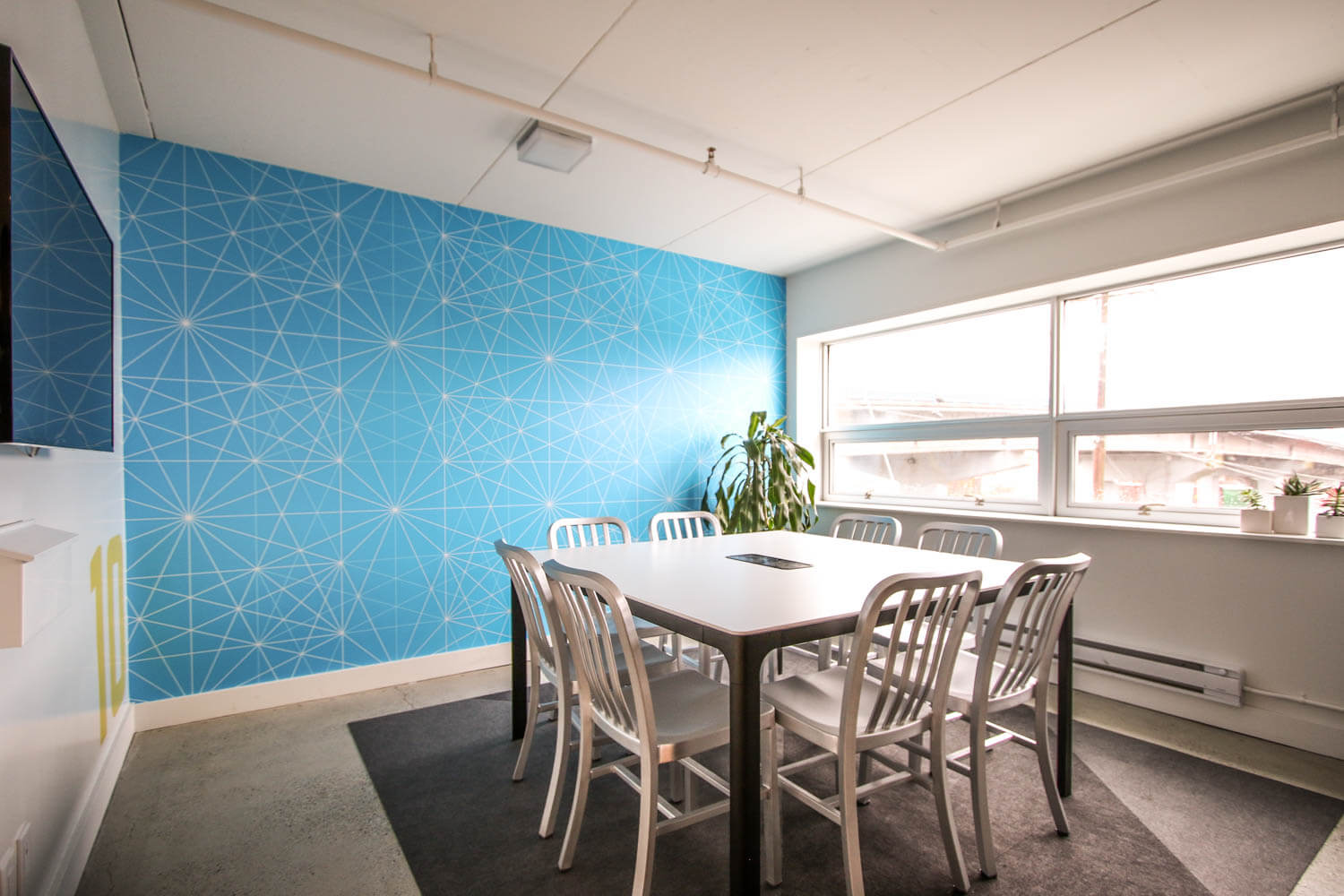 A 2,000 square-foot mixed used mezzanine overlooks the office in all of its geometric glory. Primarily a communal space with modular furniture, the mezzanine is the hub of STAT activity from team socializing to event hosting. It’s also where STAT hold their monthly company-wide meetings. 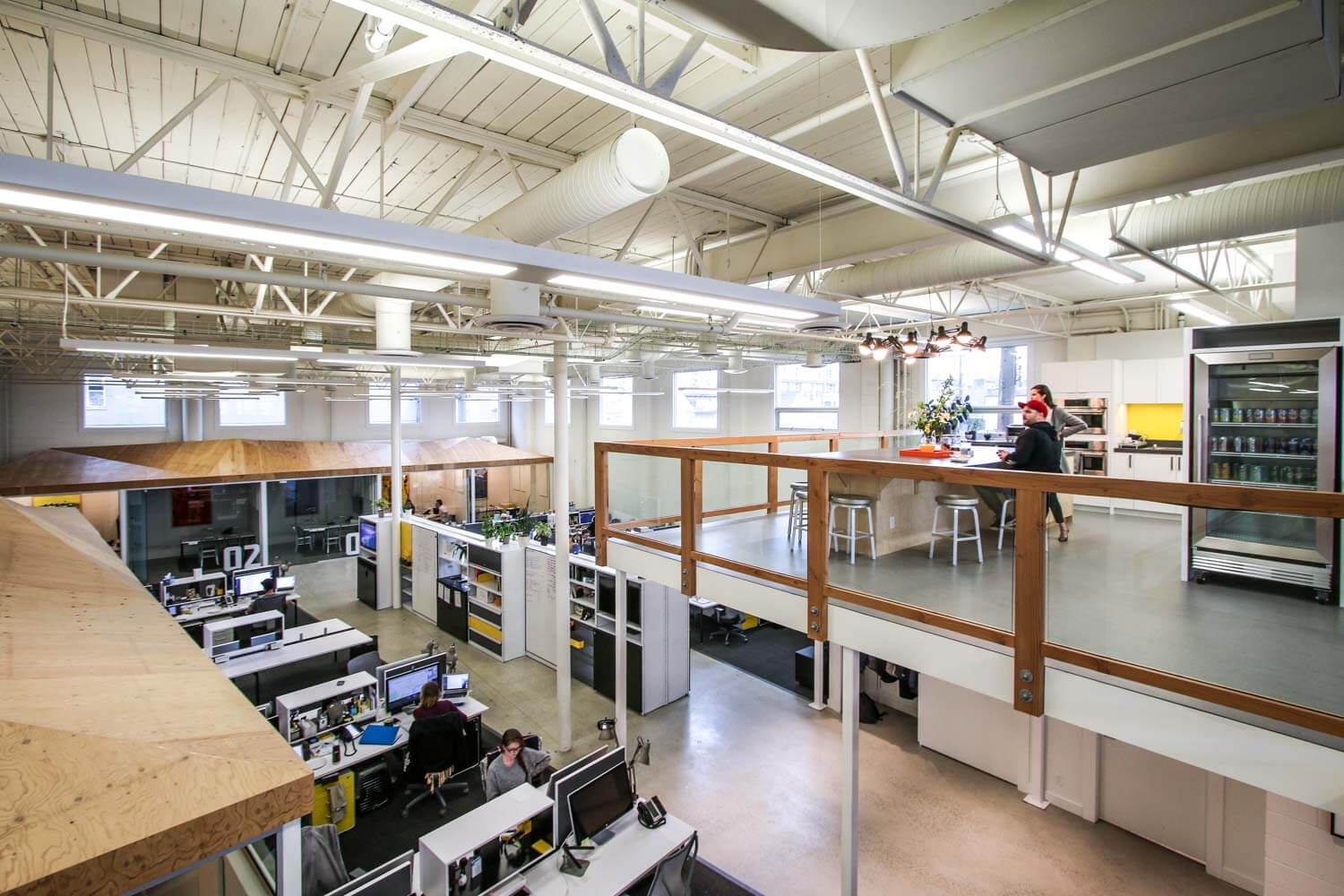 In the middle of the kitchen, a large island is a focal point on the second floor and brings the team together to eat and drink. With one craft beer and two wines on tap, both employees and guests are set for happy hour. The well-stocked kitchen has tons of snacks. It’s not uncommon for birthday cupcakes, ice cream sundae bars and baked treats to appear on the island—or sometimes a casual roast beef.

STAT takes coffee very seriously. The espresso machine is a lifeline for the office: on average 1,125 cups are downed each month. This is complemented by coffee tastings and and even a lunch & learn featuring local Matchstick brews. 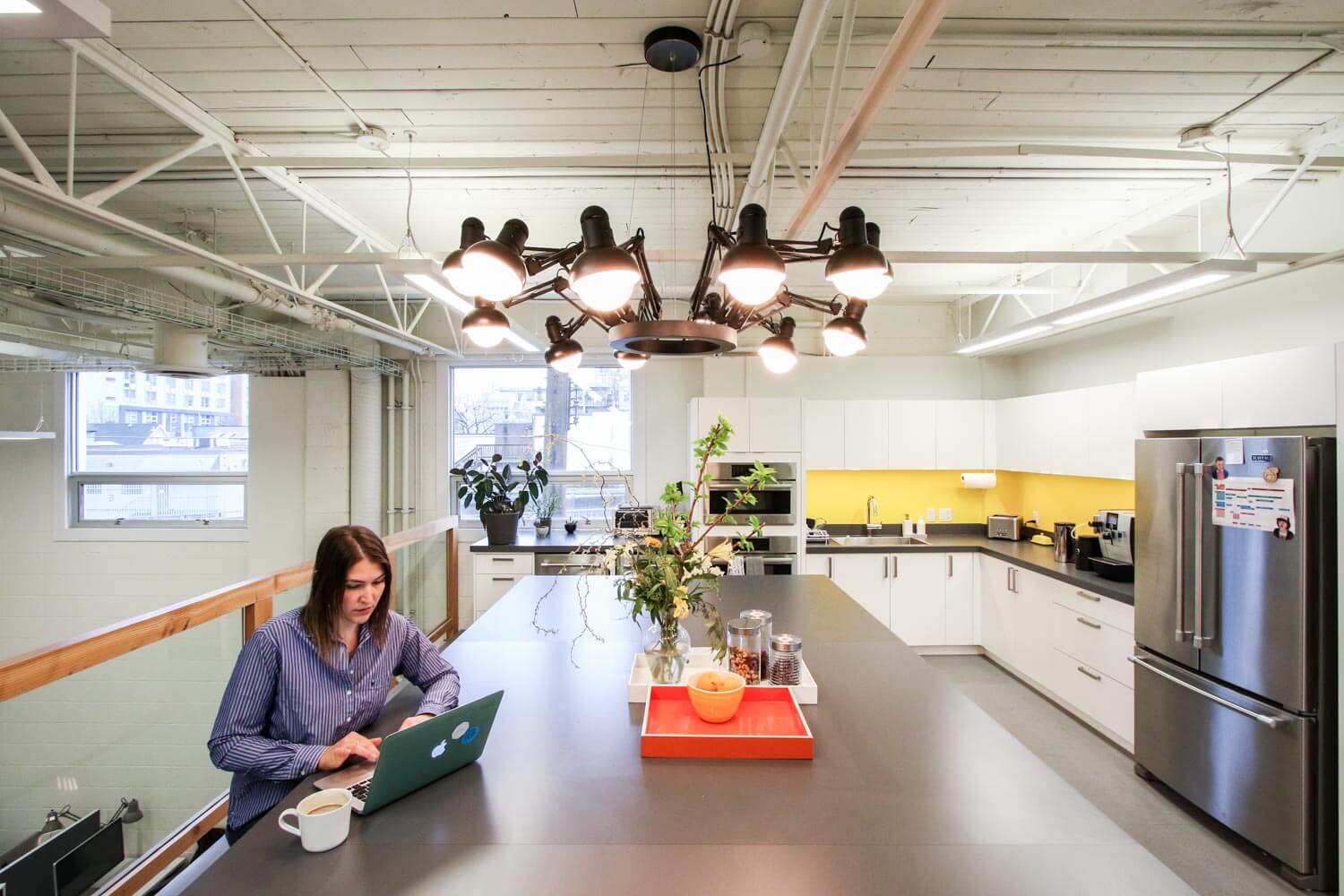 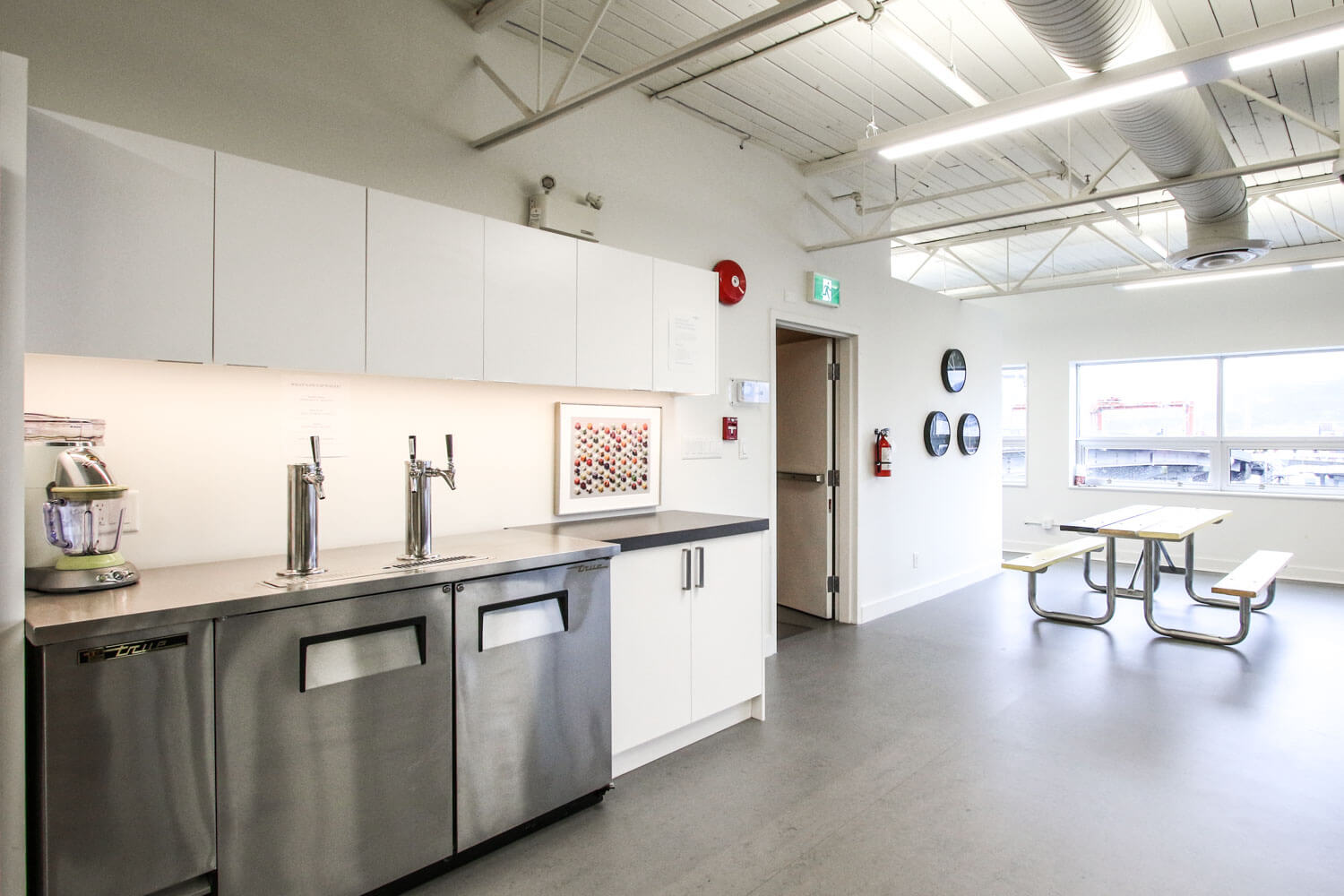 STAT is driven by seven company values that they encourage all their employees to embrace: craft, harmony, ambition & adventure, empathy, leadership, selflessness, and levity. These values mean they put people first; encourage each other to always be producing their best work while recognizing that “like a majestic heavy metal orchestra” their best work is done together. The company wants their team to push the boundaries and feel comfortable letting “your freak flag fly”. 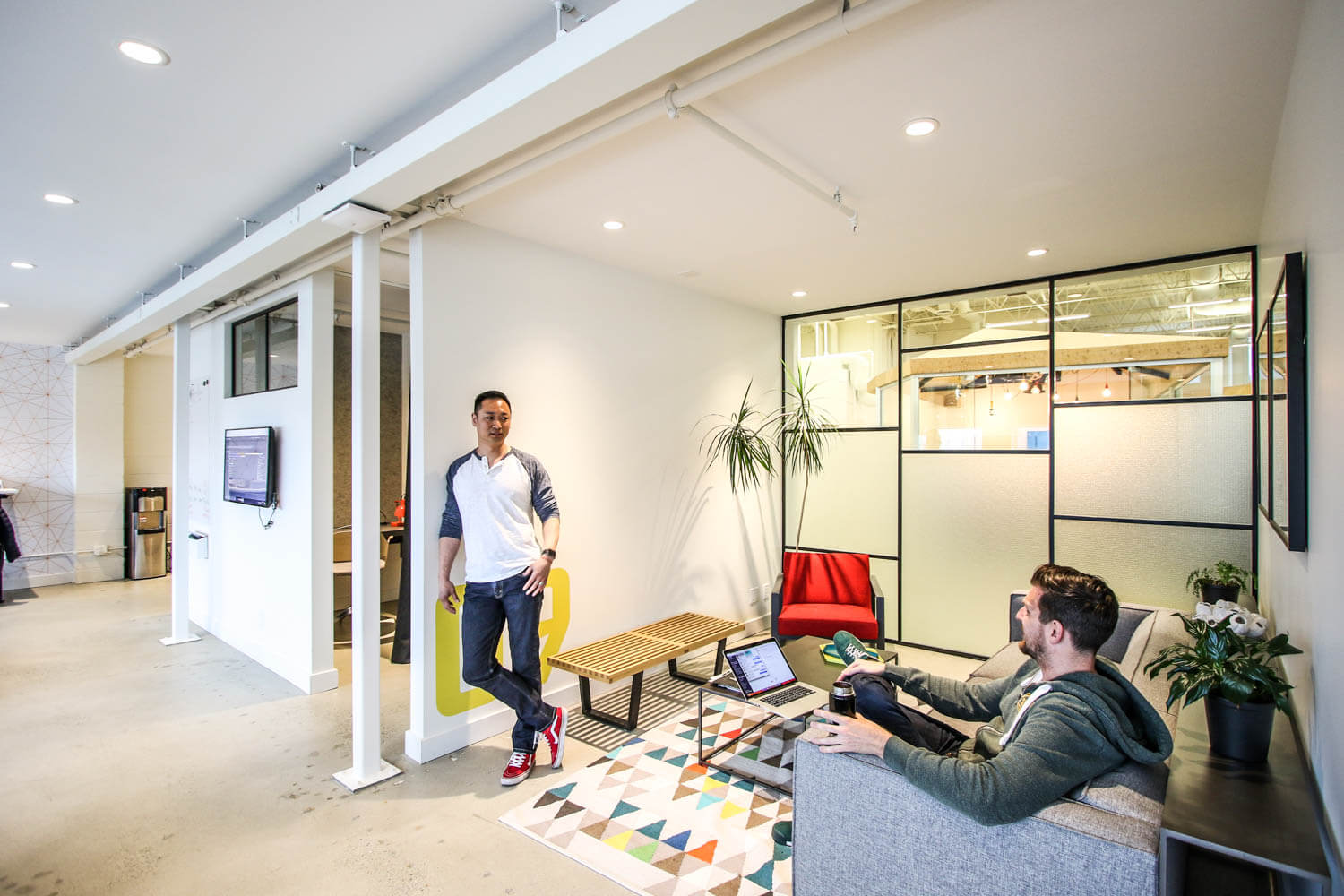 STAT endorses fun, saying if it’s not being had, something is seriously wrong. The company supports this mantra with some significant perks: Summer Fridays are shortened to six-hour work day and every STAT staffer enjoys a free gym membership and transit subsidy. The company also donates to charities submitted by staff each month, matching staff donations dollar-for-dollar. Last year, STAT donated $1,000 to 12 charities. This year, they’re handing out 11 $1,000 donations and giving one charity a $12,000 donation. 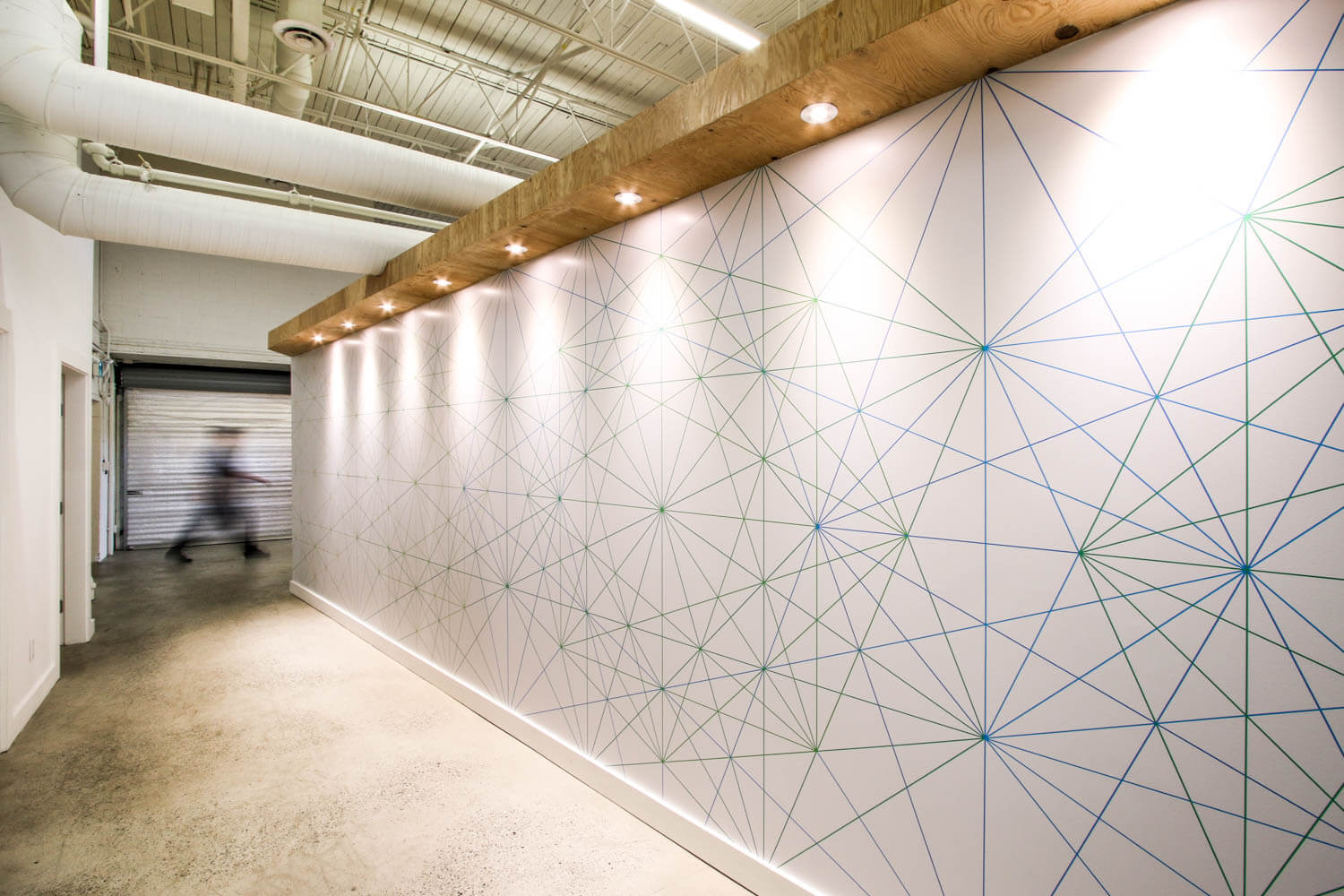 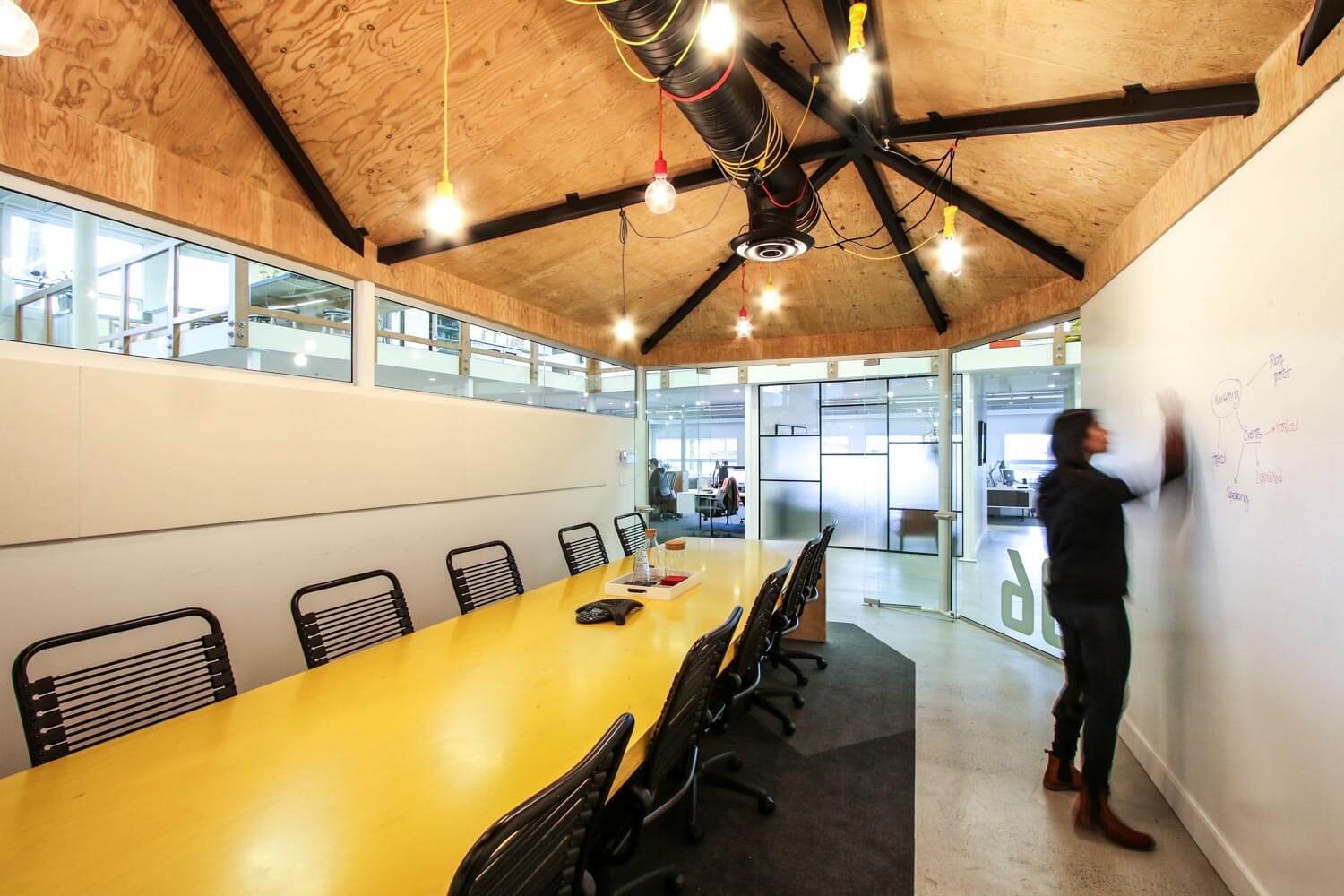 Ping pong matches, board game battles, and Friday afternoon video game tournaments are some of the startup staples at STAT. The dog friendly office has attracted some furry mainstays who have a tendency to steal loose ping pong balls.

It’s no surprise that a data company would keep data on themselves. They’ve had 250 team lunches so far (beer count not included), clothed 4,500 people with STAT branded shirts, and have taken their team to one epic group outing to Elite Canadian Championship Wrestling. 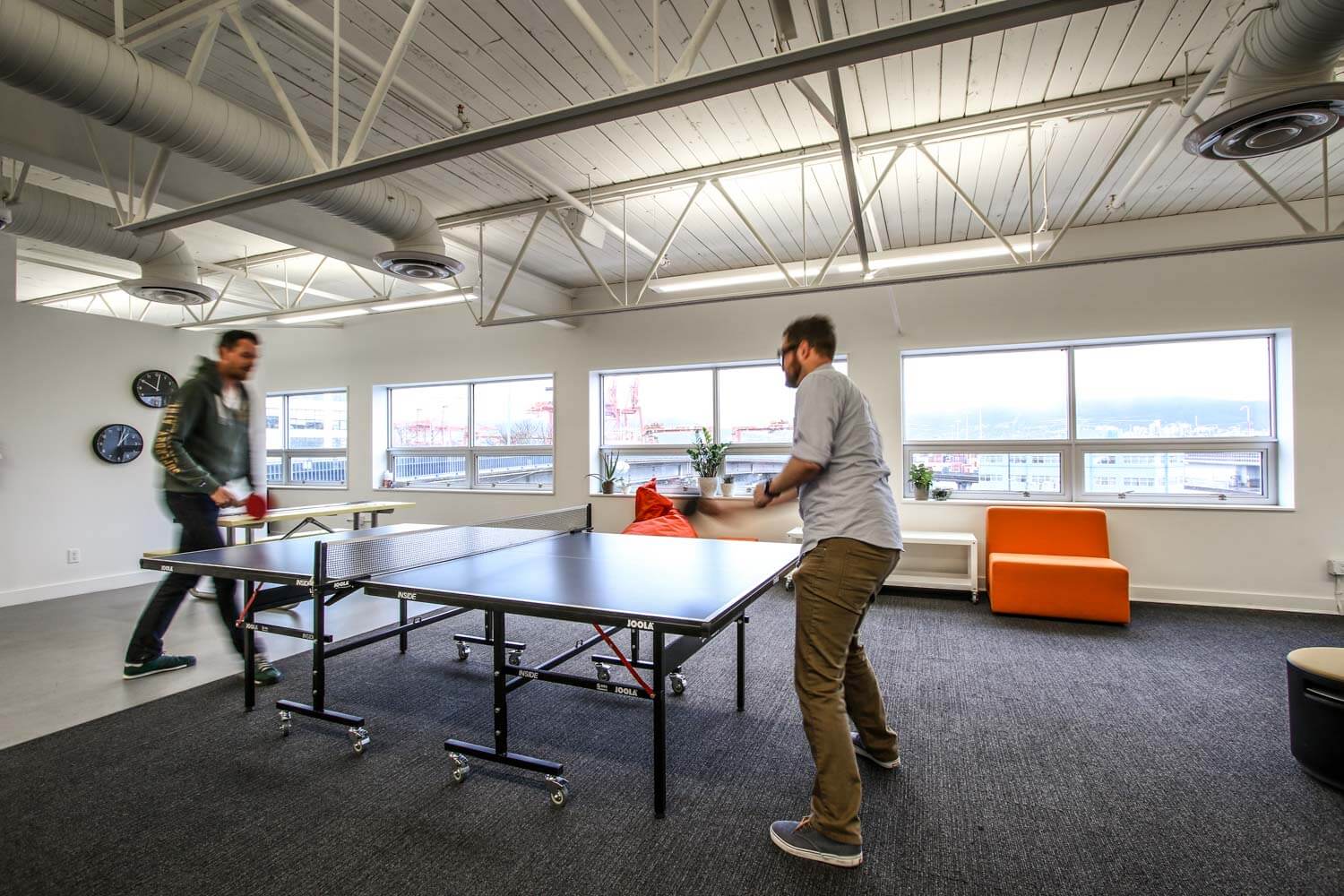 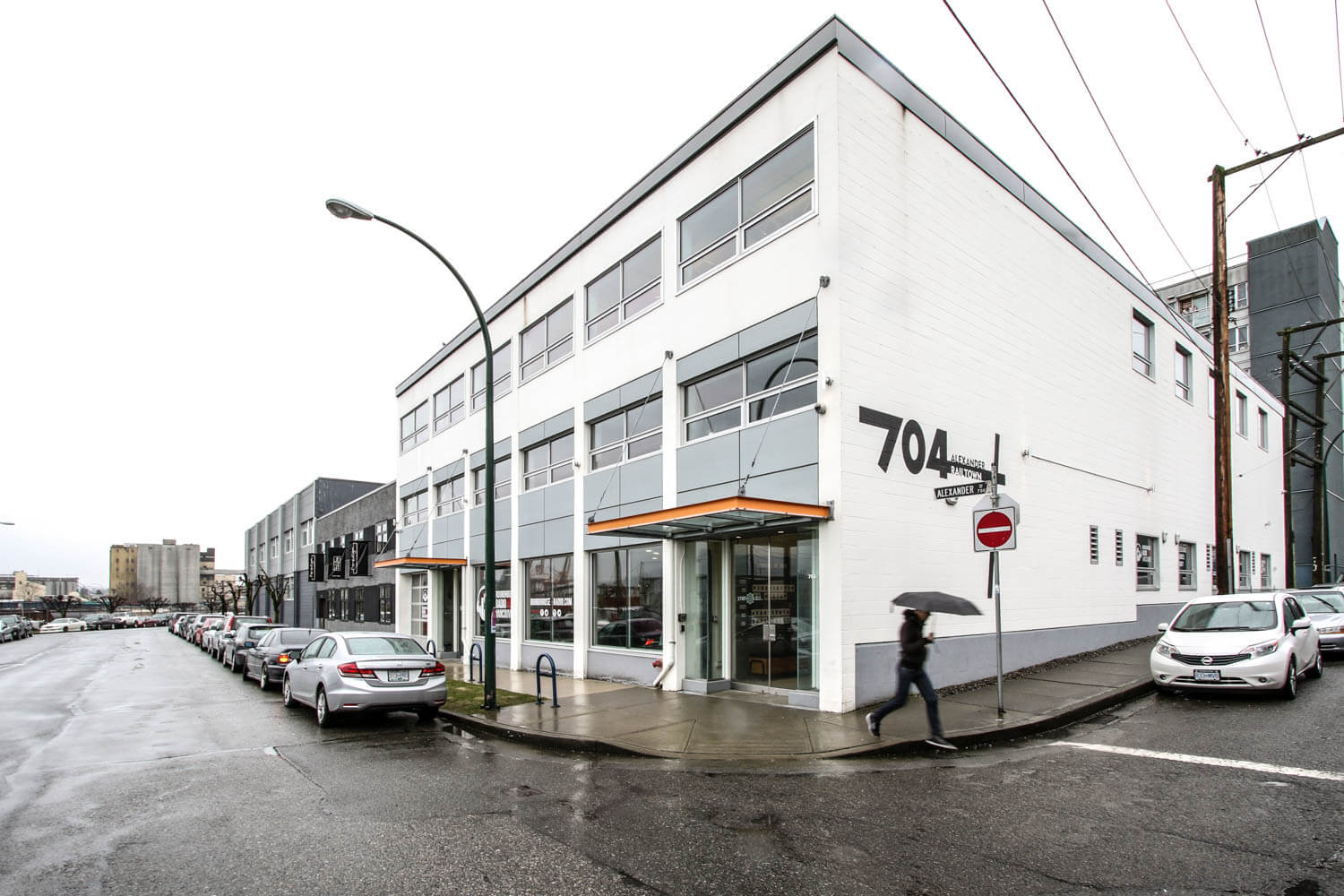