In 2007, brothers John & Leo Resig gave up their day jobs to start a digital publishing company they named Resignation Media in Venice Beach, California. Their first digital property, theChive, started in 2008 as a simple comedic photo blog and has become one of the world’s most popular websites and the company’s flagship property.

TheChive’s name is derived from a combination of Chicago and Venice Beach, the cities where John and Leo were living when the company launched. In it’s eight years theChive has evolved into an oddly addictive corner of the web, intersecting fail videos, pop-culture, cute animals, barely dressed women and heartwarming charity work–oh and Bill Murray.

Albeit peculiar and not without controversy, theChive’s simple mission is to make the world 10% happier, and it arguably does exactly that and with swagger, self identifying as “Probably the Best Site in the World.” 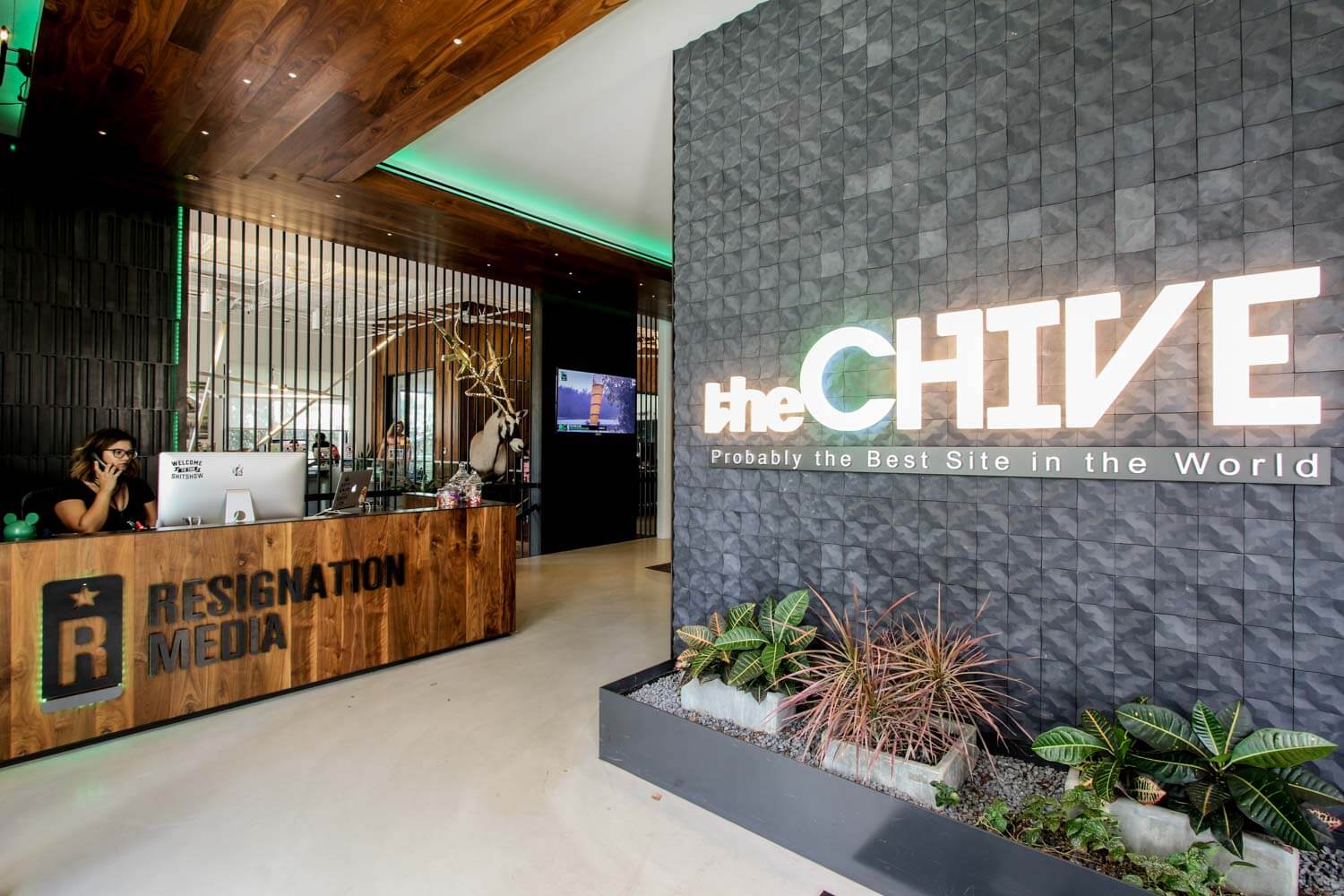 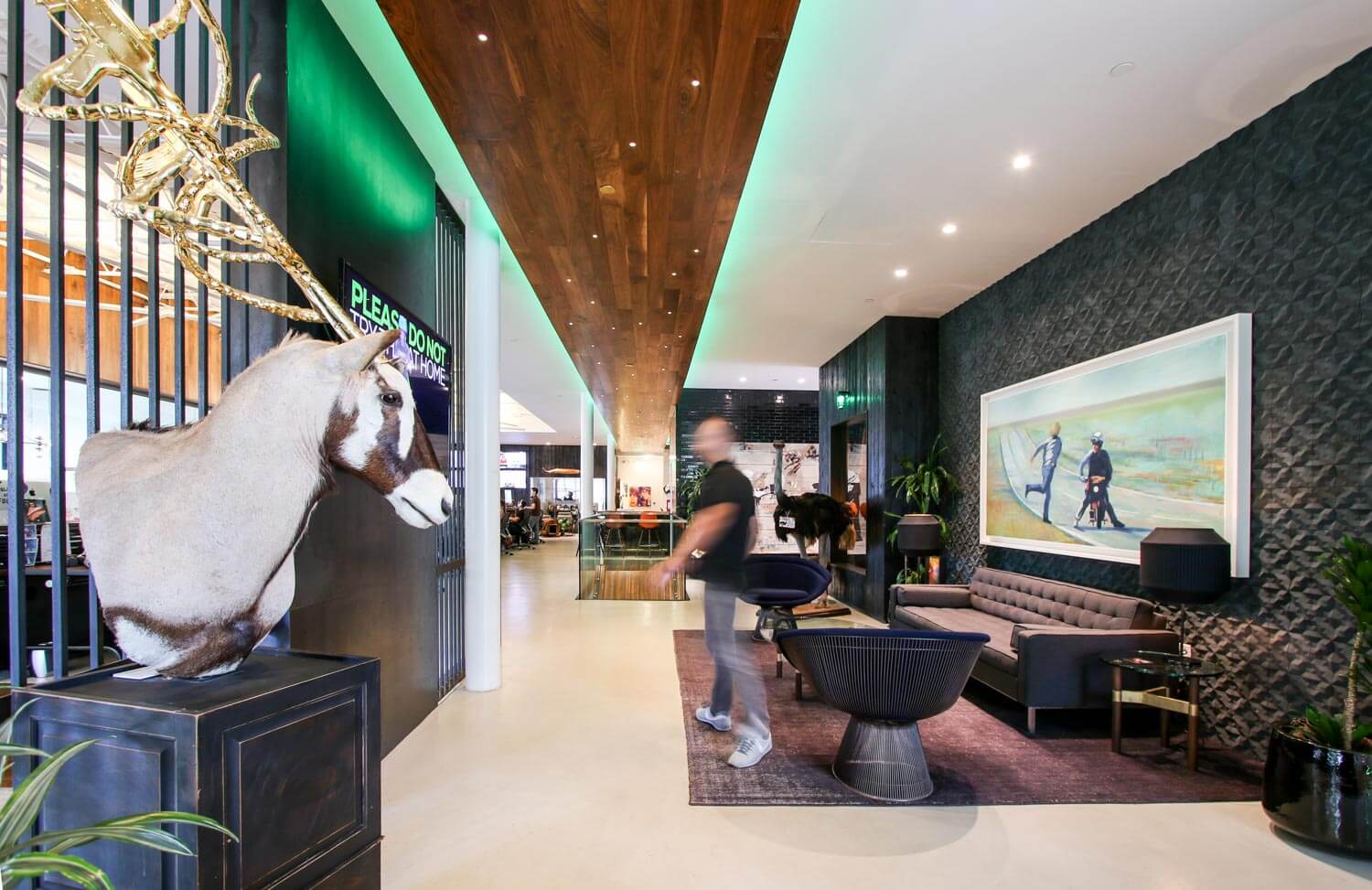 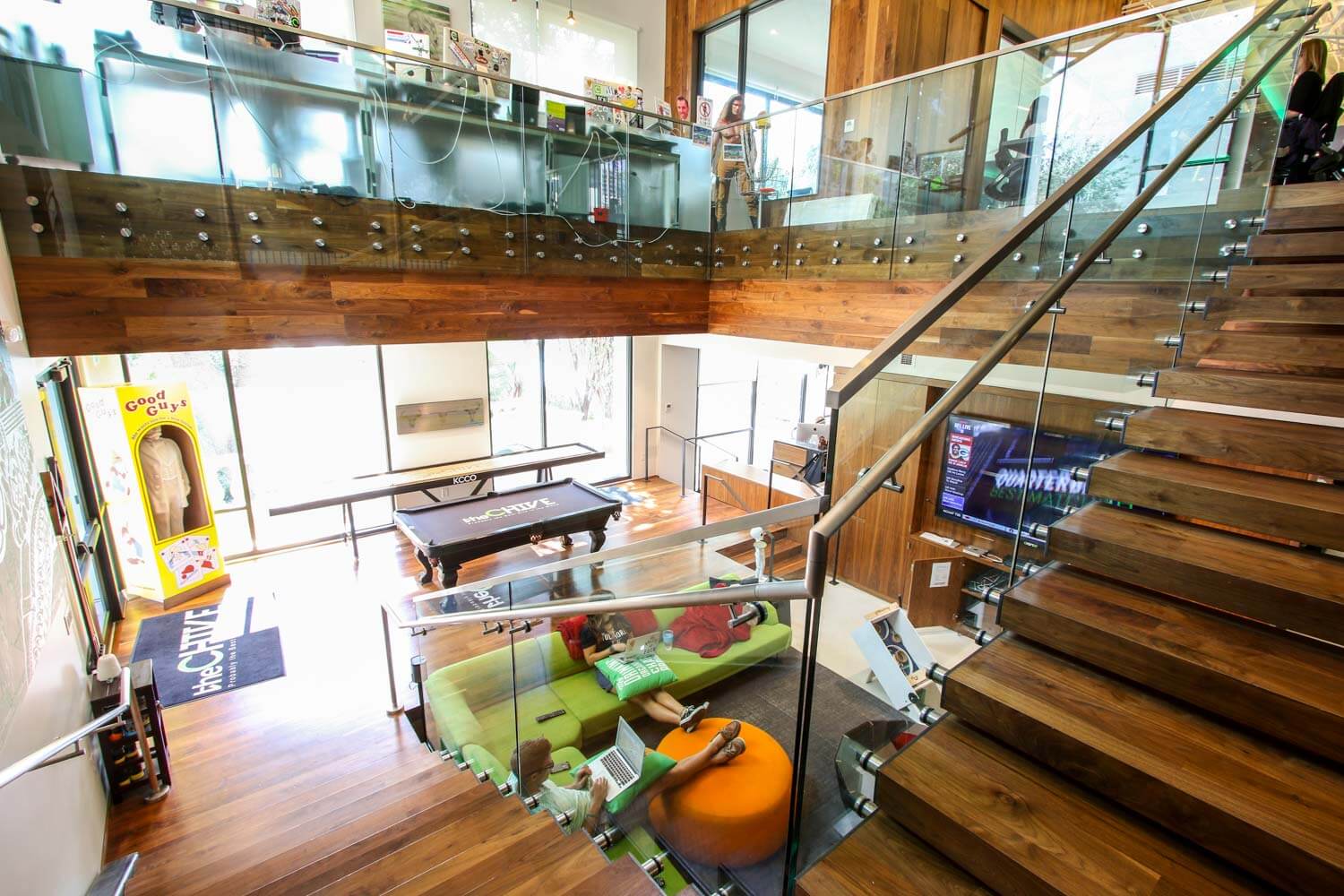 In 2013 the company moved their headquarters to downtown Austin into a former restaurant, transformed into an epic party-mansion, emulating theChive content, culture and worldview. Designed with the help of Chioco Design, the two-storey office houses 100 employees. In addition to theChive, Resignation Media also runs The Berry, Chive Charities, Chive TV and The Chivery e-commerce site from the 10,000 square foot office. 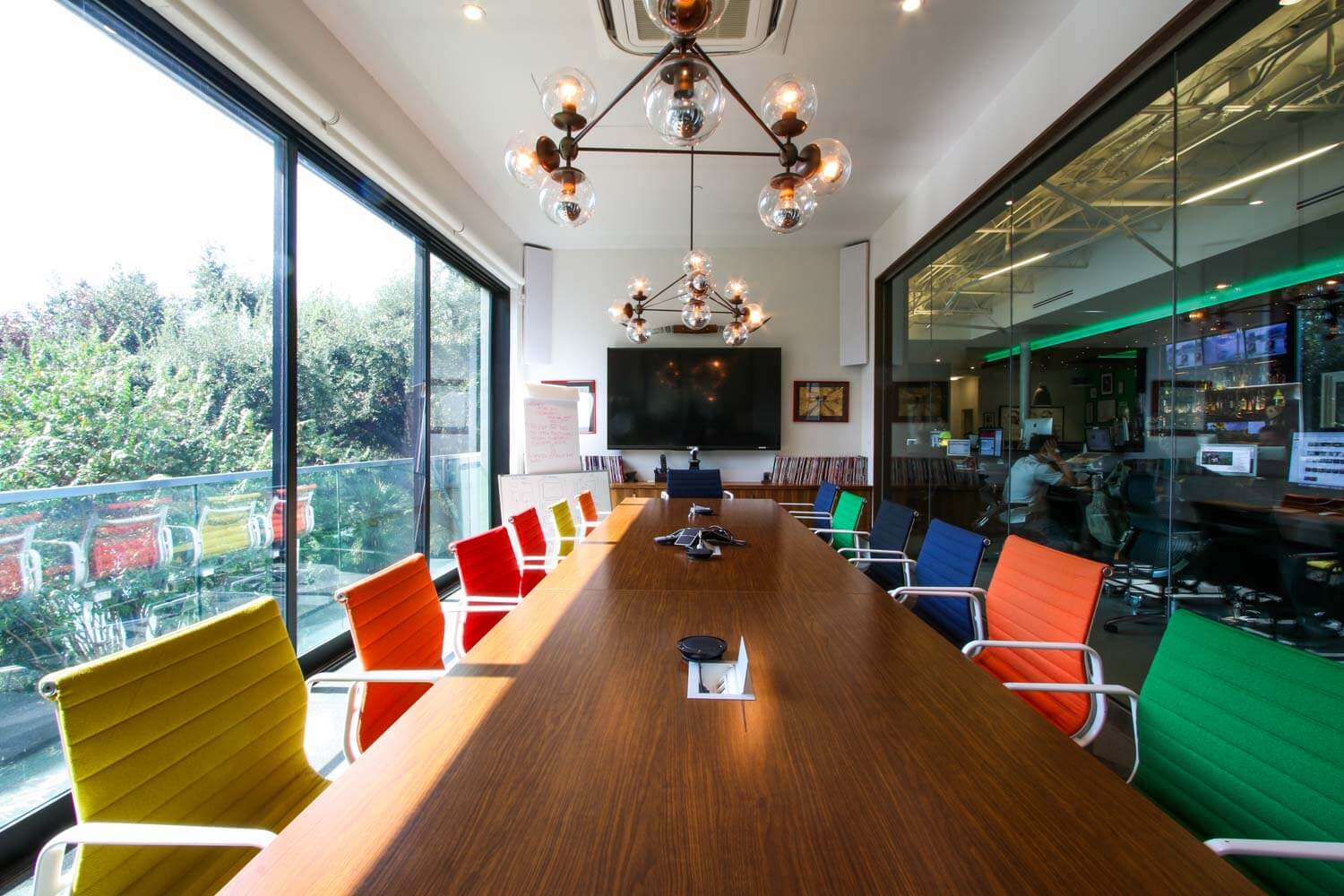 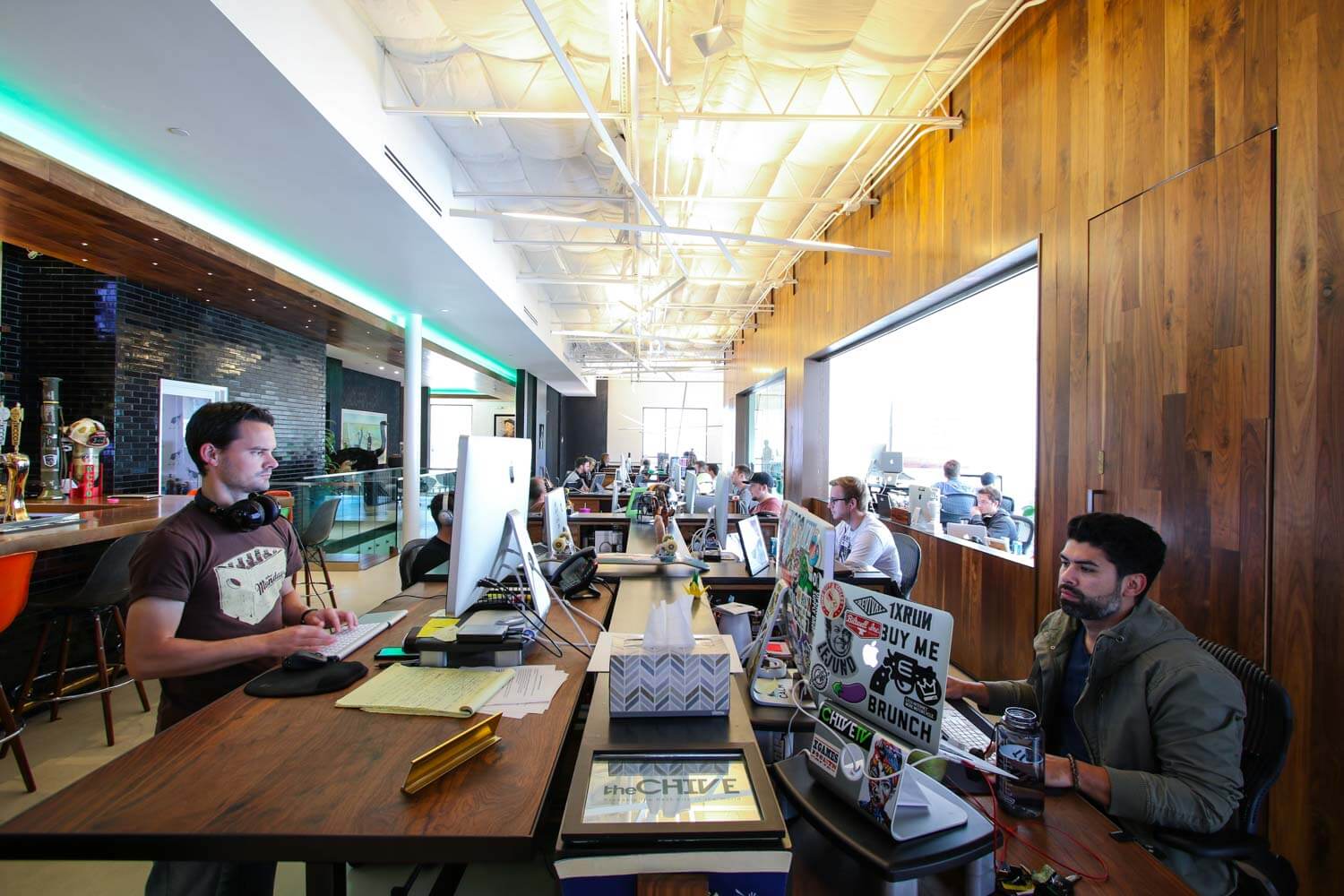 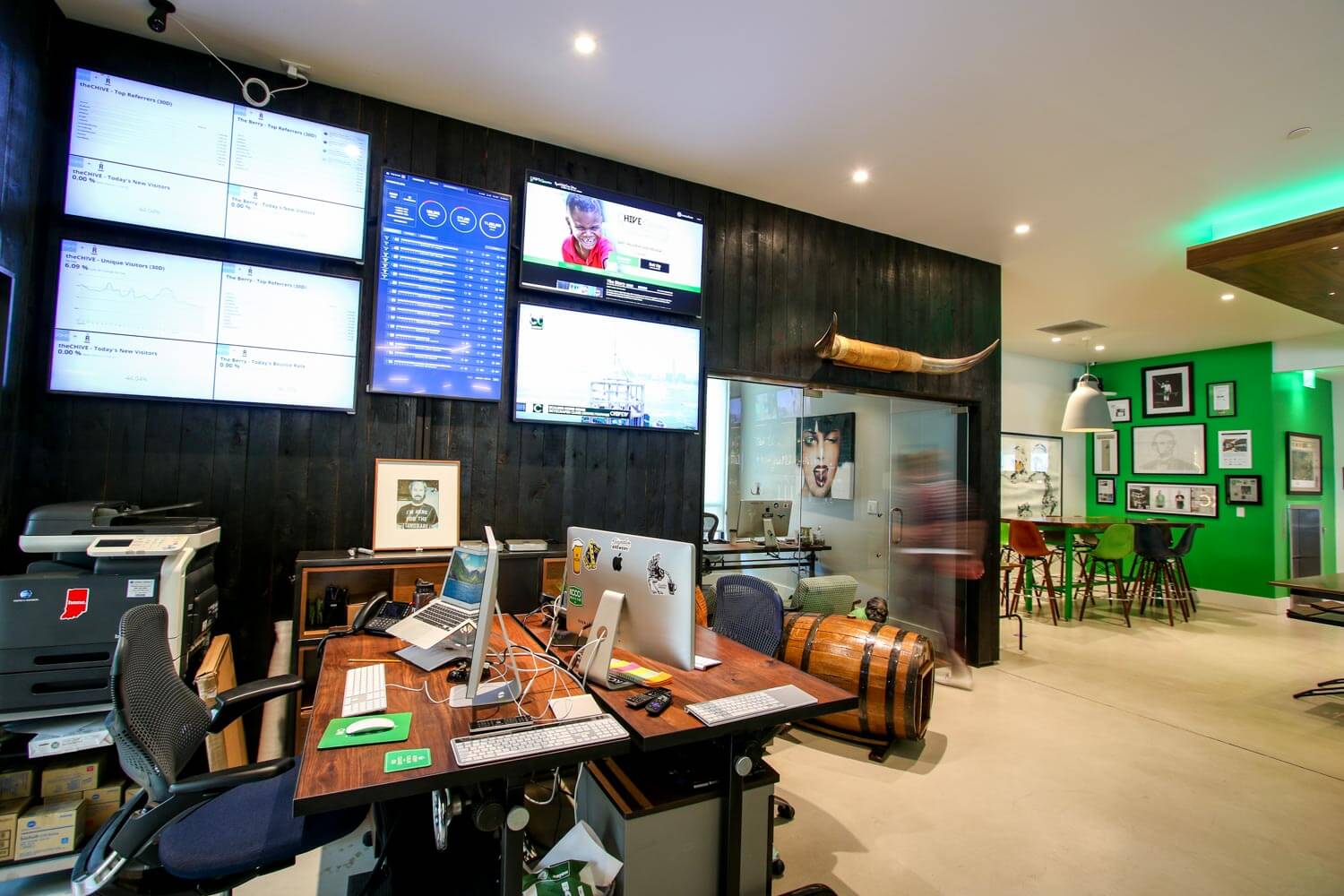 It started as a family business and maintains that feel today. Staff enjoy unlimited vacation time, flexible working hours and a work hard play-hard atmosphere. TheChive’s Austin office is made up of editorial, creative, ad sales, community, events and a content studio. The content for the various verticals is a combination of submissions from theChive community and original content created from Chive Studios like The Asking Couch. 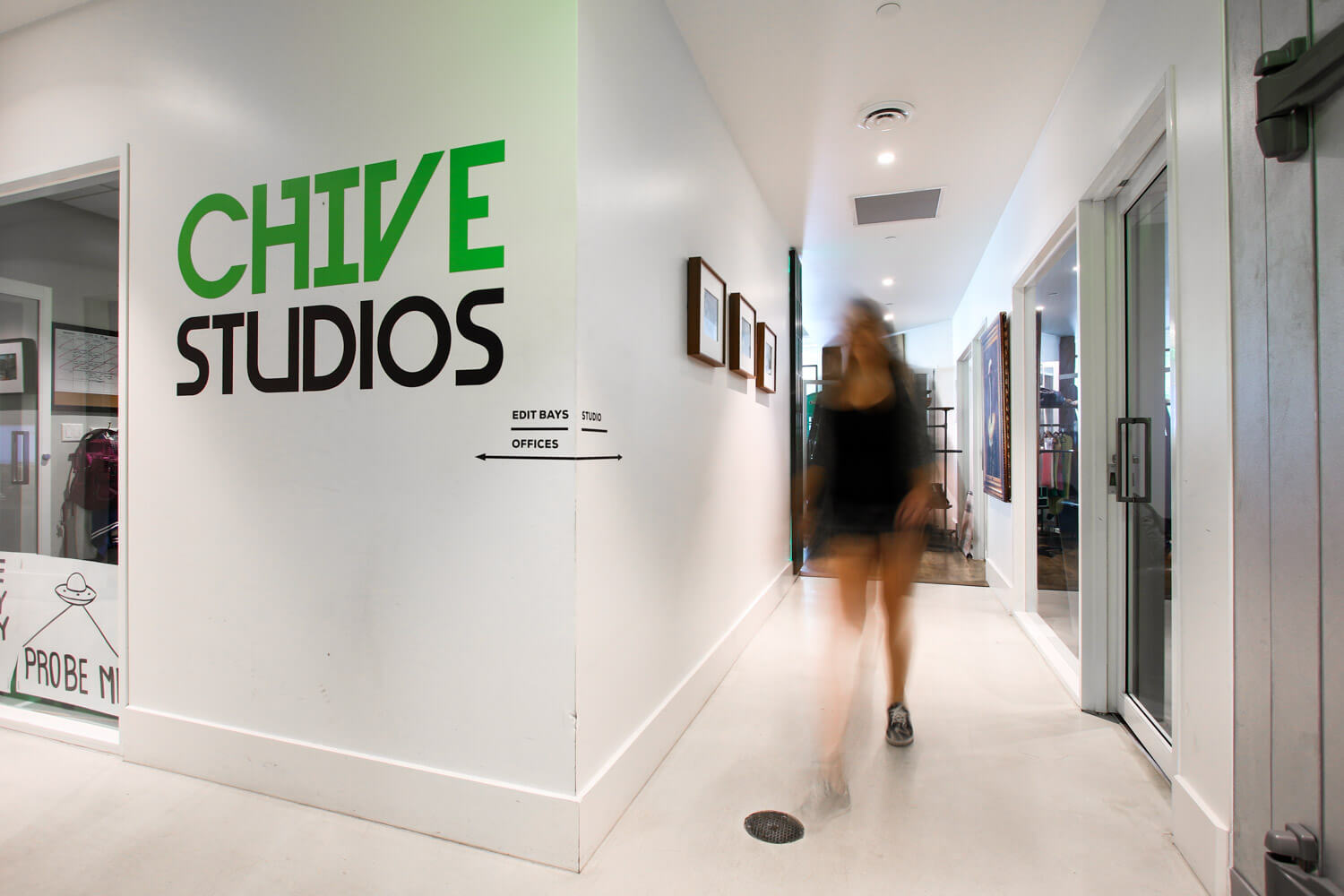 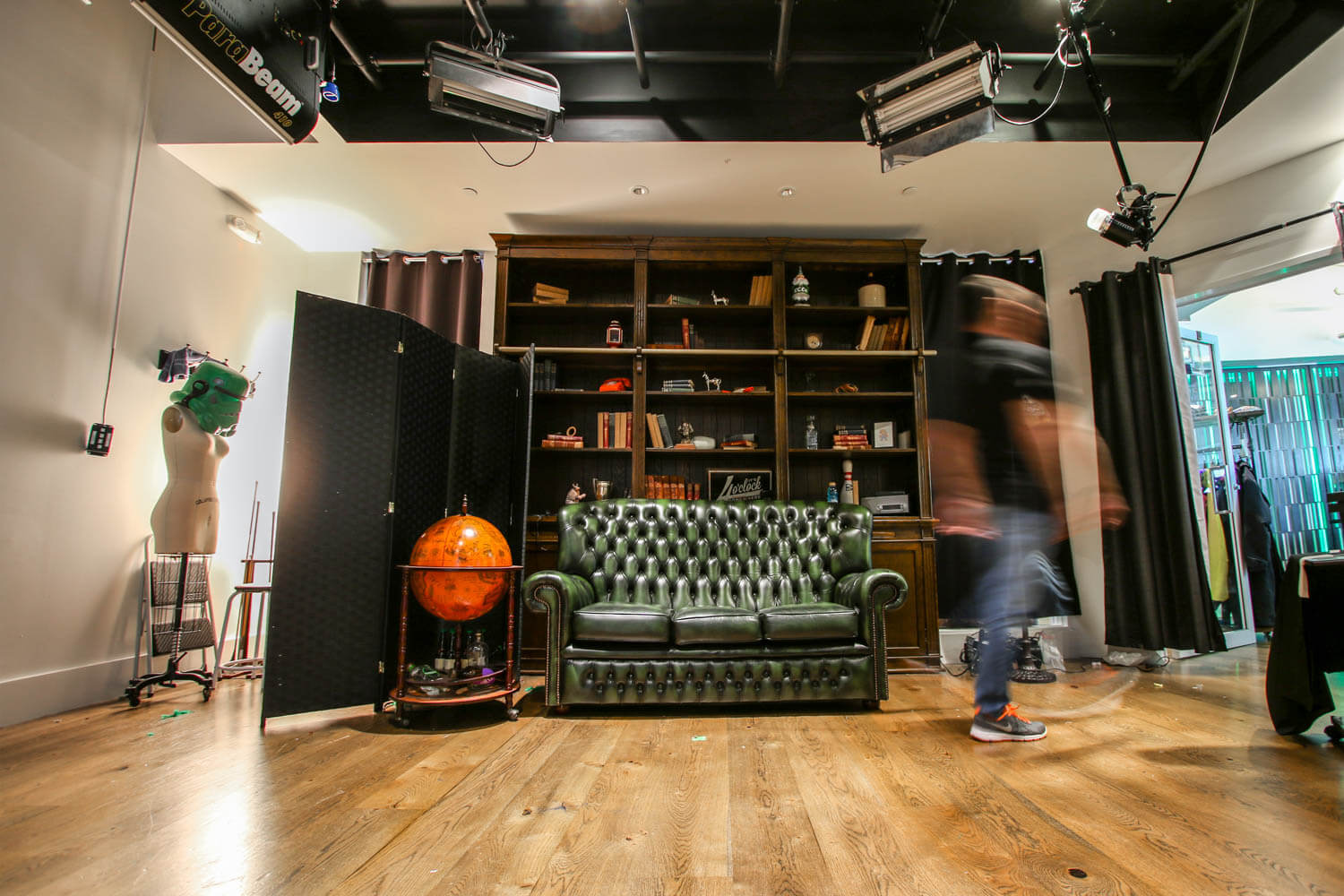 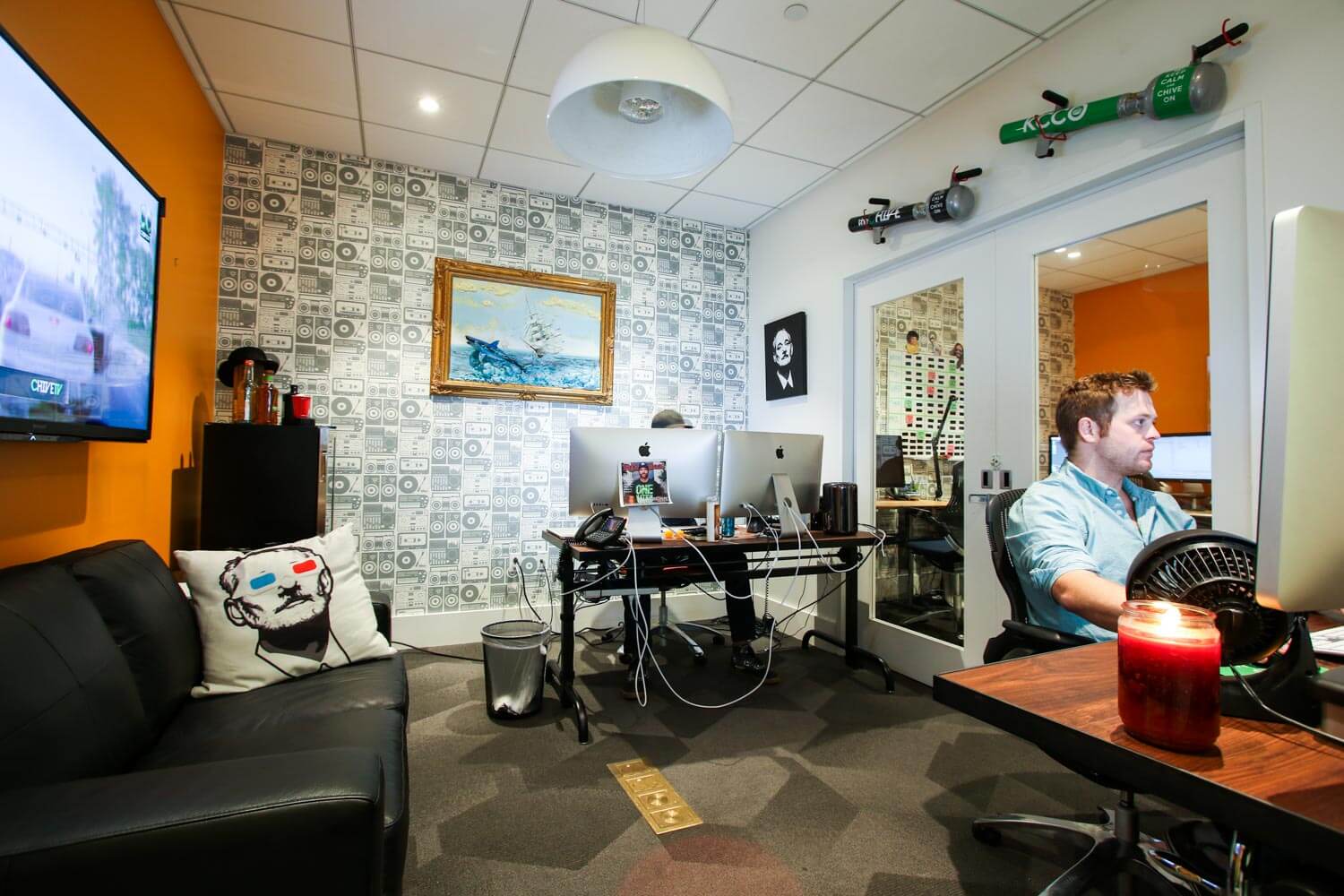 E-commerce has been at the core of Resignation’s model since the start after John & Leo tried selling limited t-shirt runs from the site. The design’s included signature green t-shirts with an unofficial graphic of Bill Murray’s face and another with a little known meme “Keep Calm & Chive On,” each of which sold out in seconds. The shirts helped Chivers identify one-another, growing into was is now more than 200 chapters worldwide.

Once Bill Murray caught wind of the phenomenon and connected with John & Leo, he offered his likeness free of charge with one catch: theChive must sponsor his charity golf tournament. Not only did this prompt the creation of Chive Charities, it also made Bill Murray the official face of the brand. A natural extension of the relationship is the new William Murray golf apparel line which happened to launch the day our camera visited. 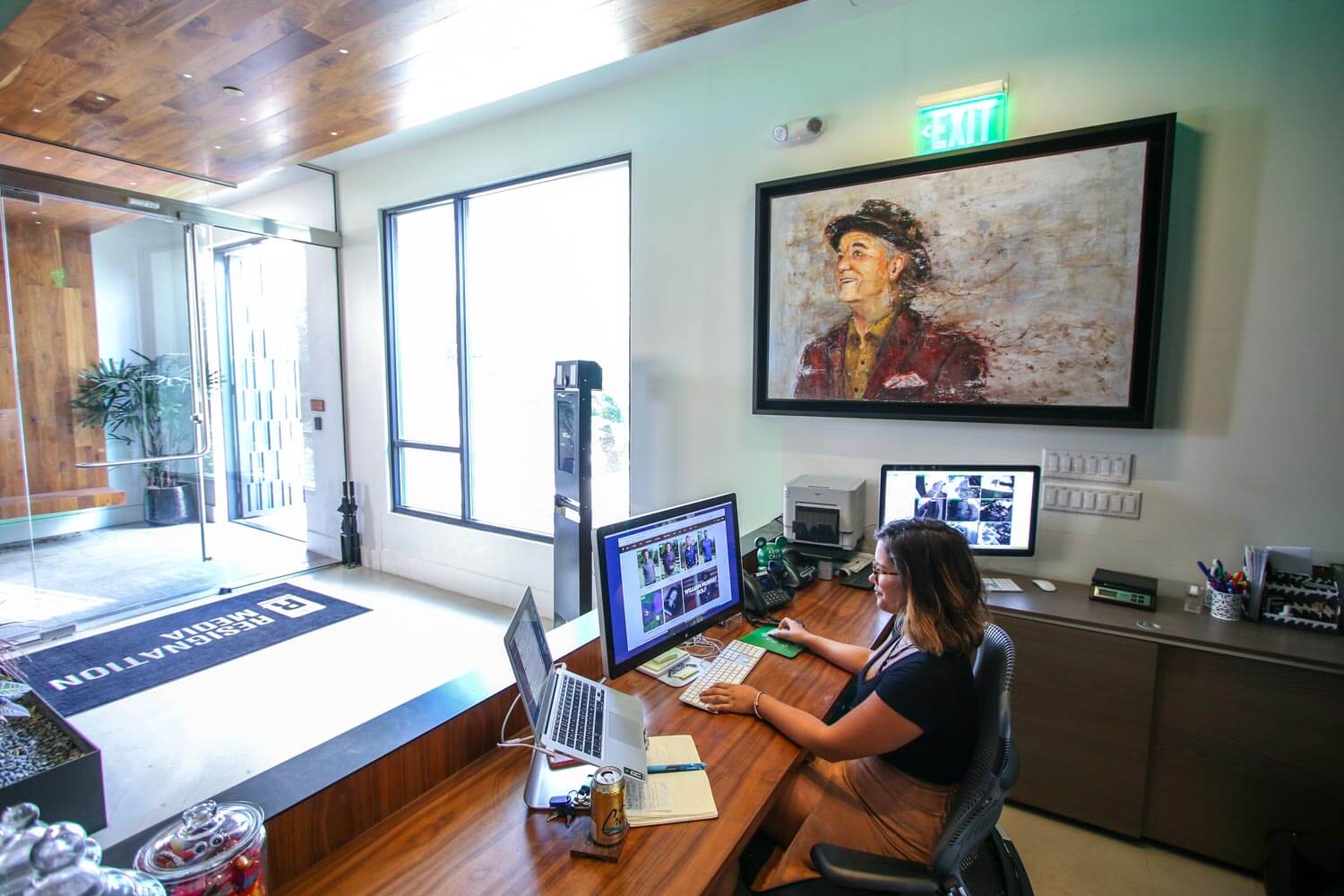 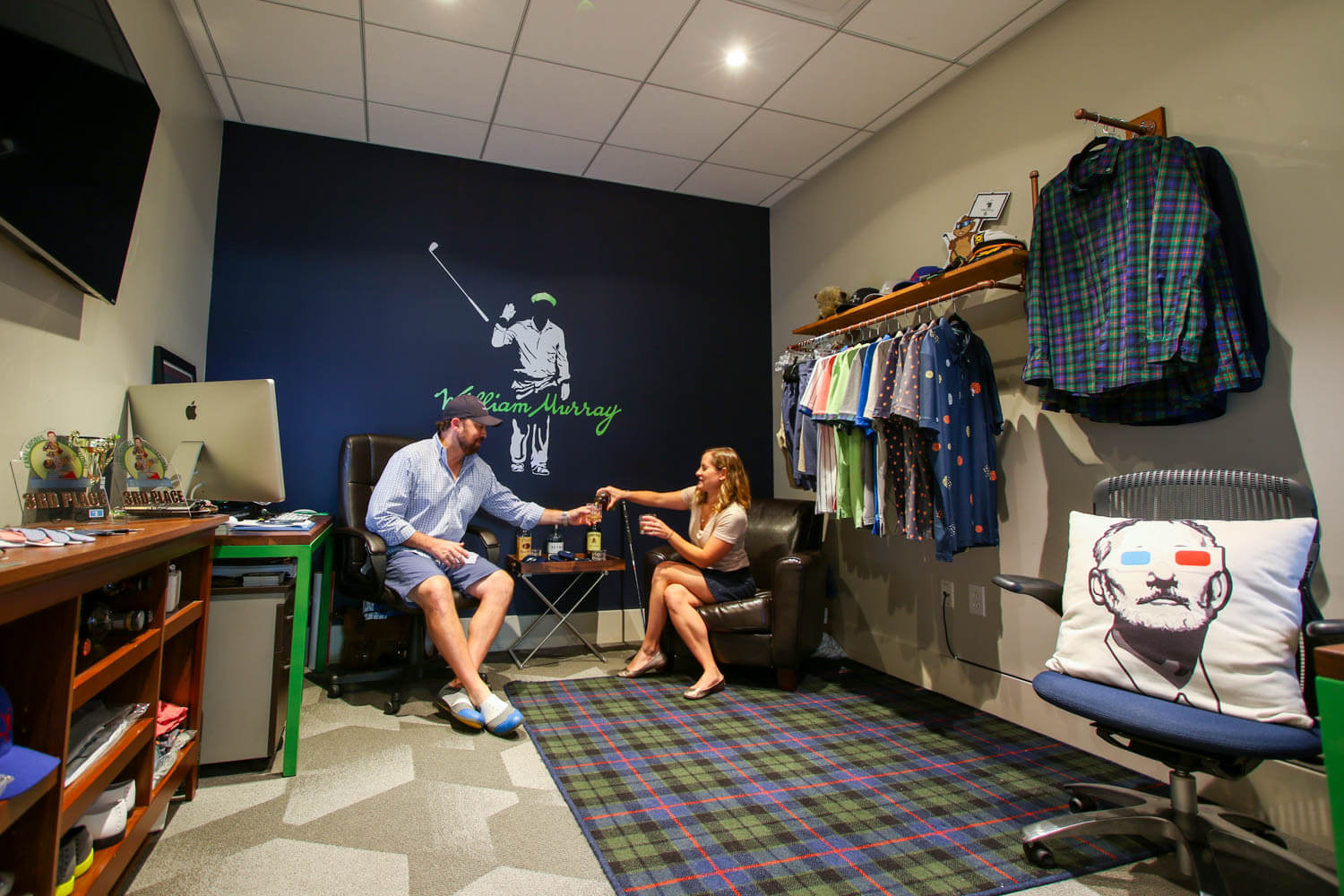 Austin itself is one of the best nightlife cities in the country but theChive staff don’t really have a good reason to leave. Complimentary lunch is served daily, and despite the restaurant remodel the new design includes some key resto-features befitting of a proper party-mansion.

An ultra-hip copper bar is fully stocked to the top shelf including four craft beers on tap and supplies for Friday morning mimosas. Kitchens on both floors means healthy and not-so-healthy snacks are never far. 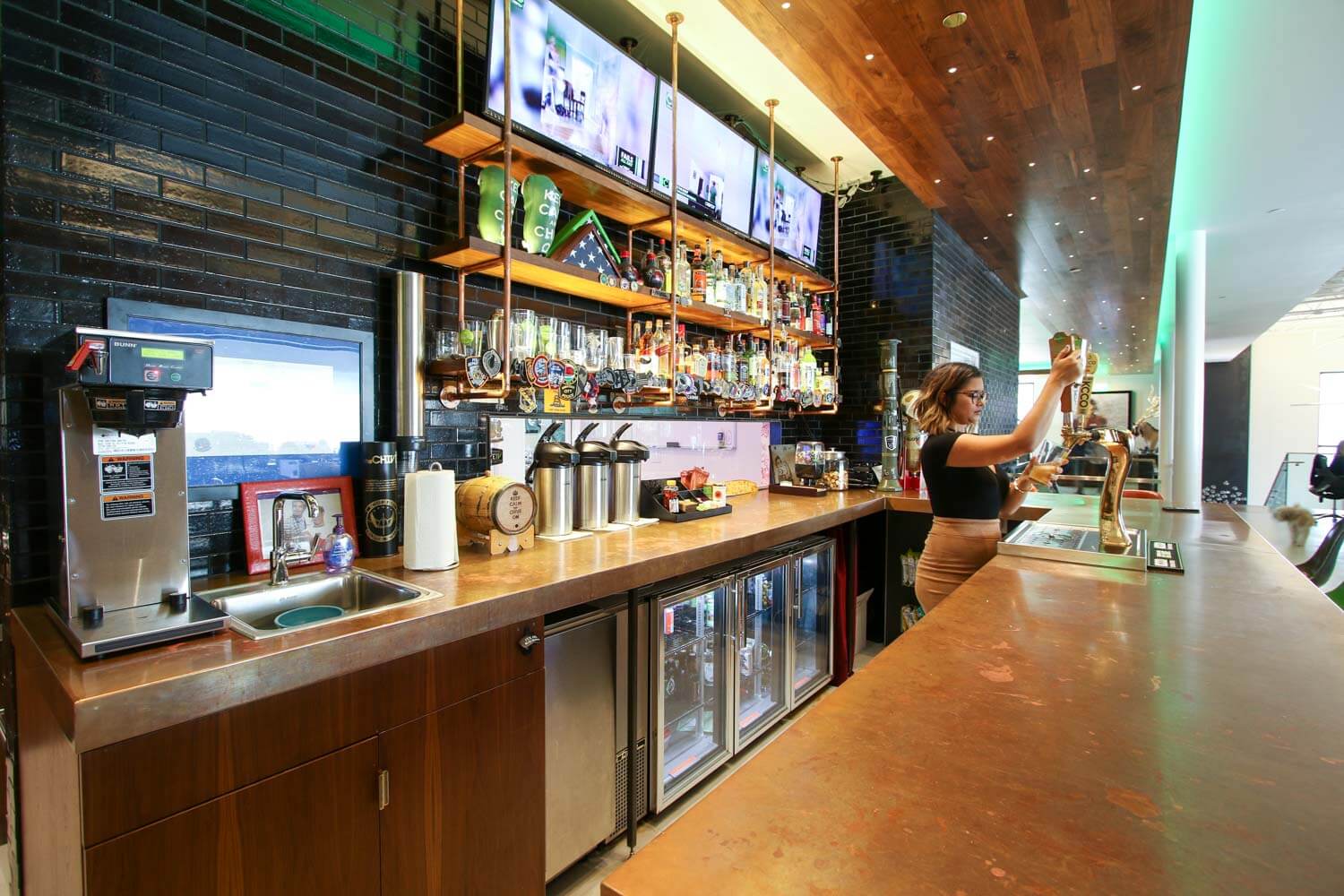 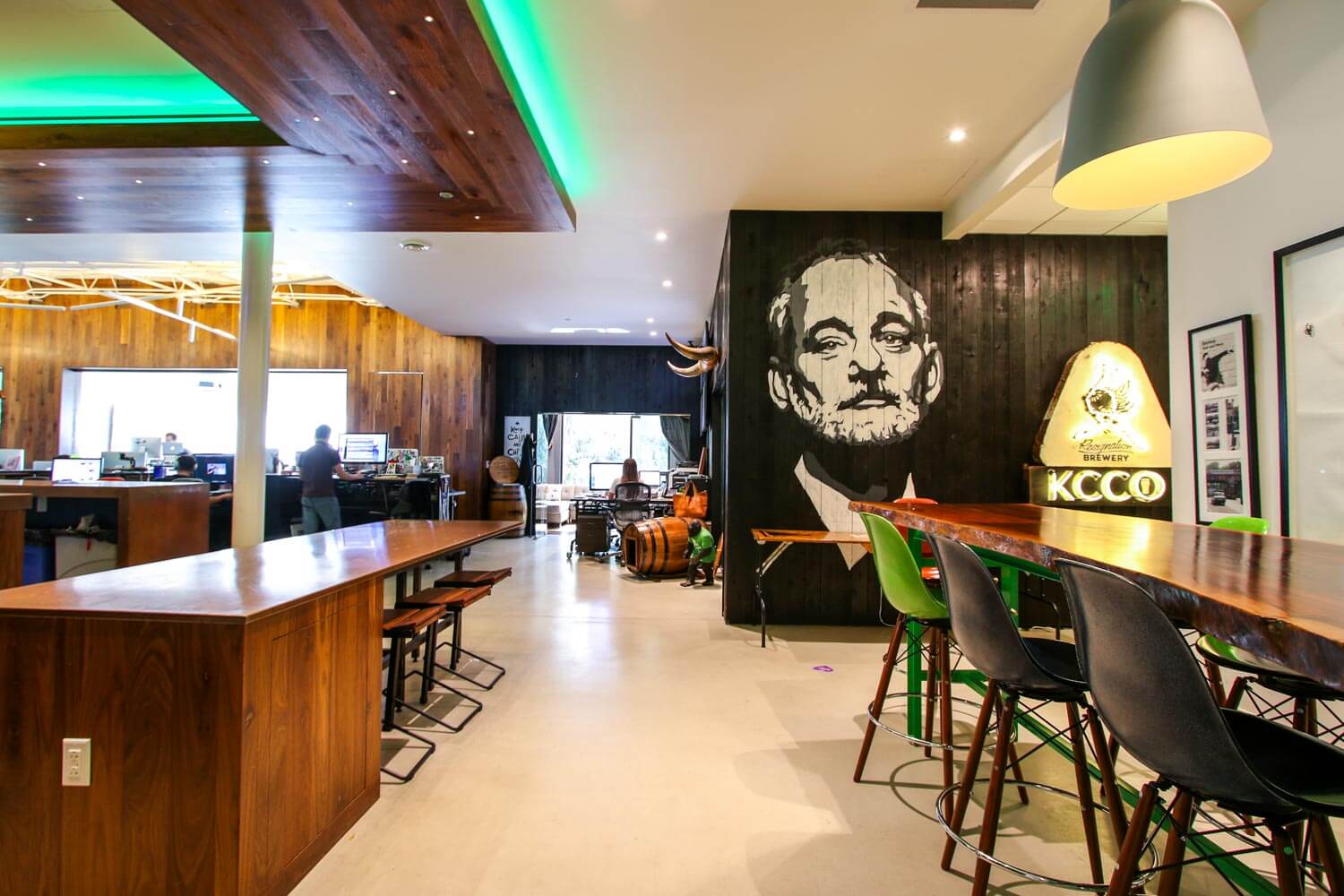 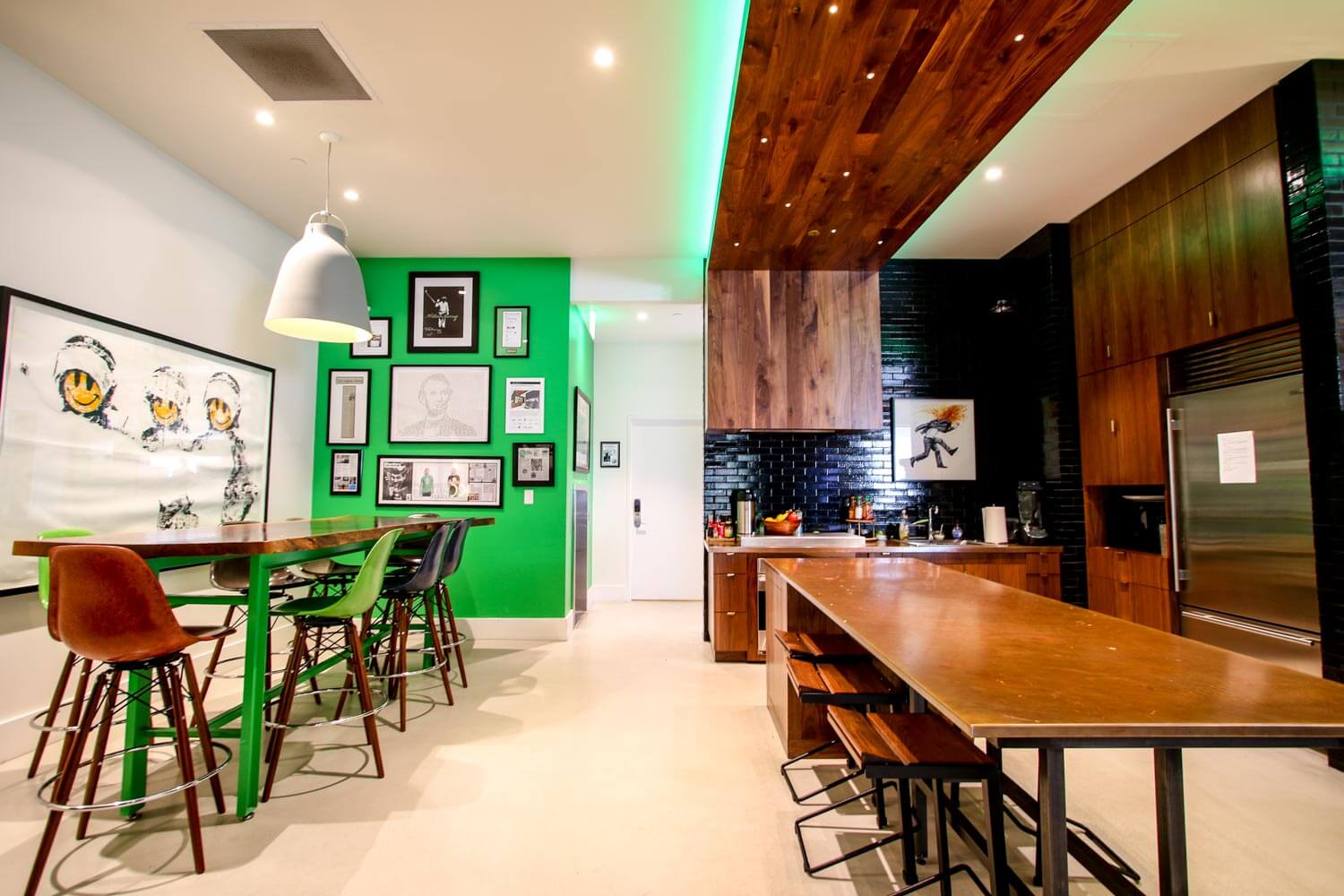 The office is exactly reflective of the Chive’s content; zany mix of meme-covered workstations, blush worthy desk-art, impromptu scotch meetings and an adorable office dog who spends the day melting hearts and chasing tail. You might even capture a fail video of someone hurting themselves on the giant slide in the middle of the office. 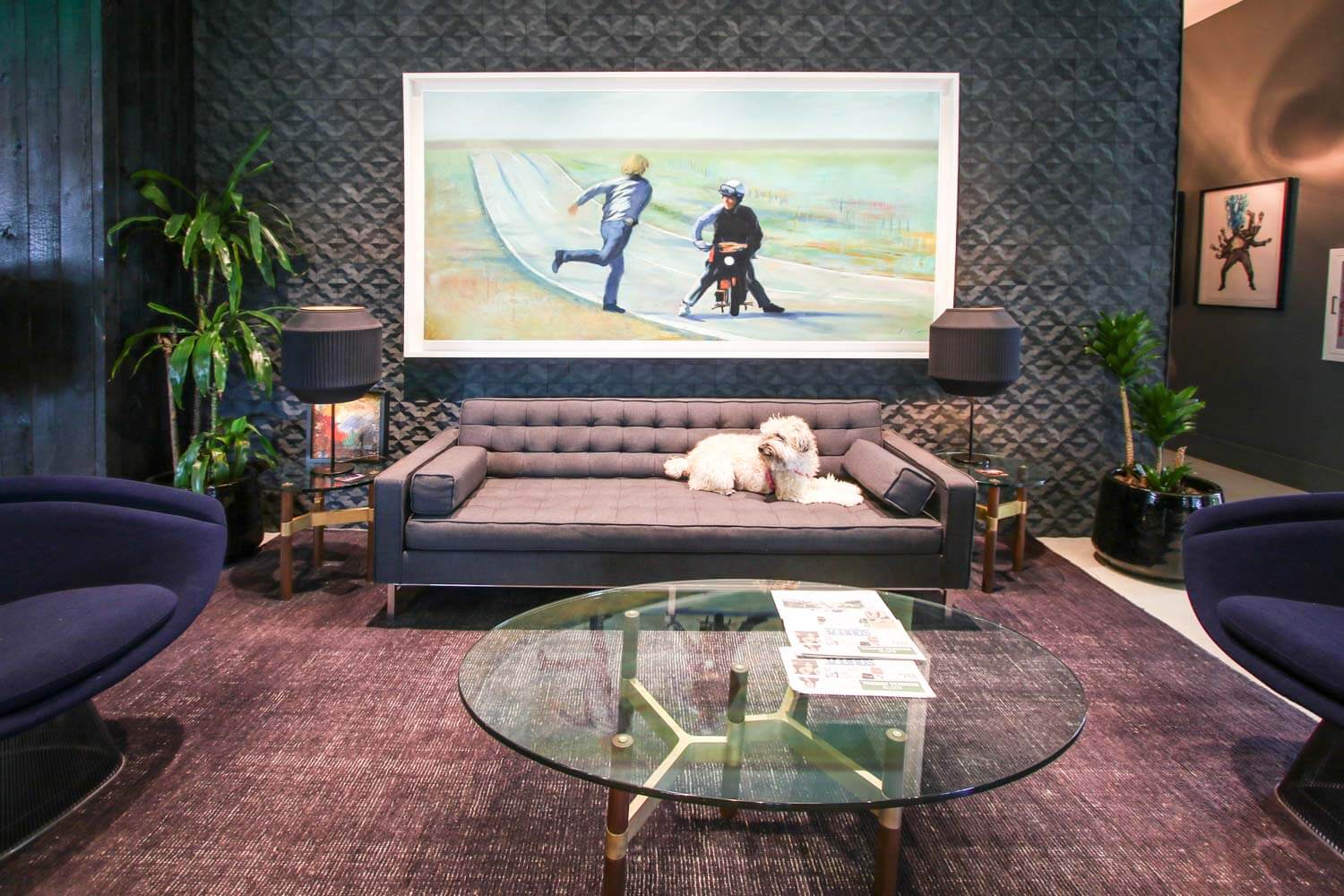 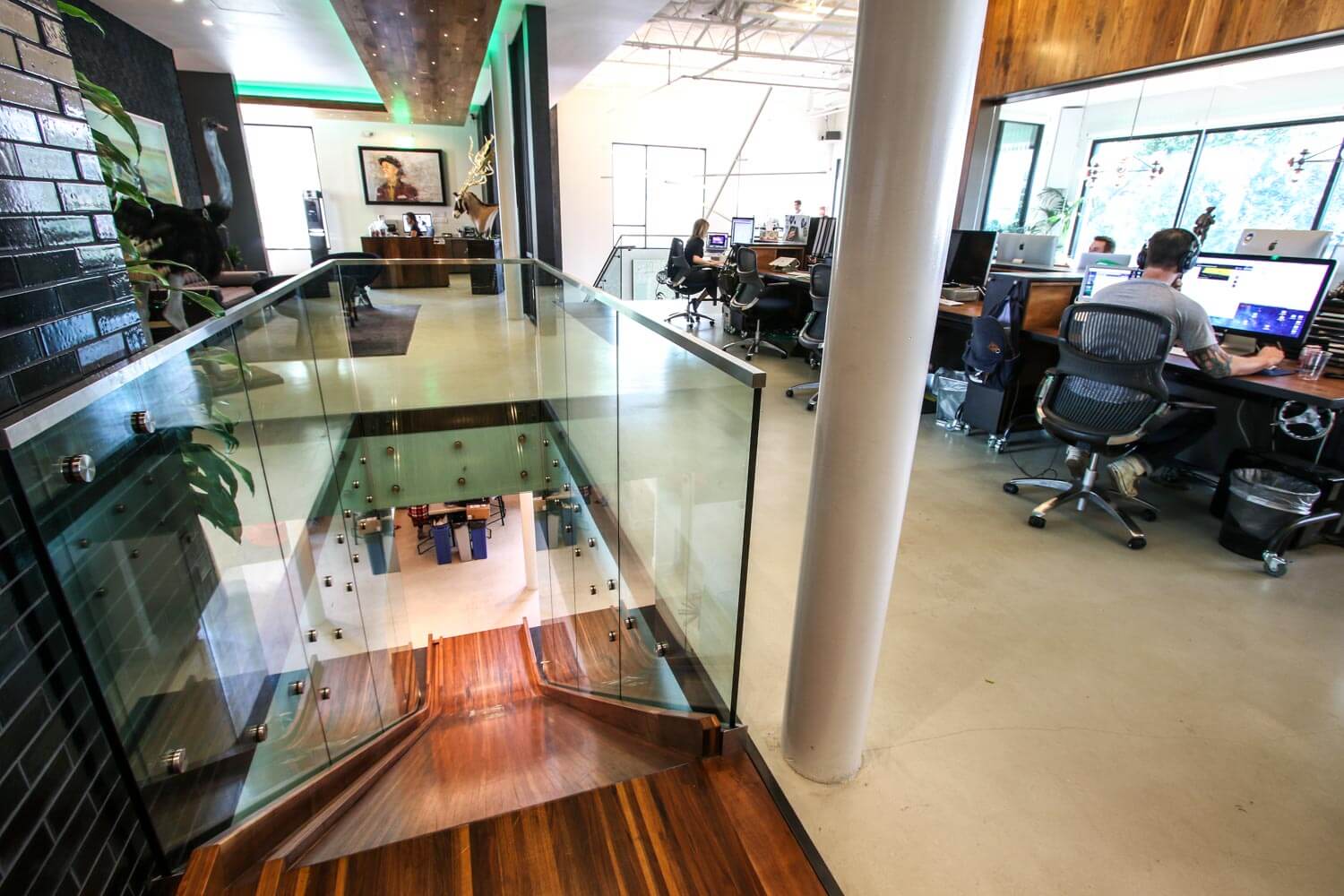 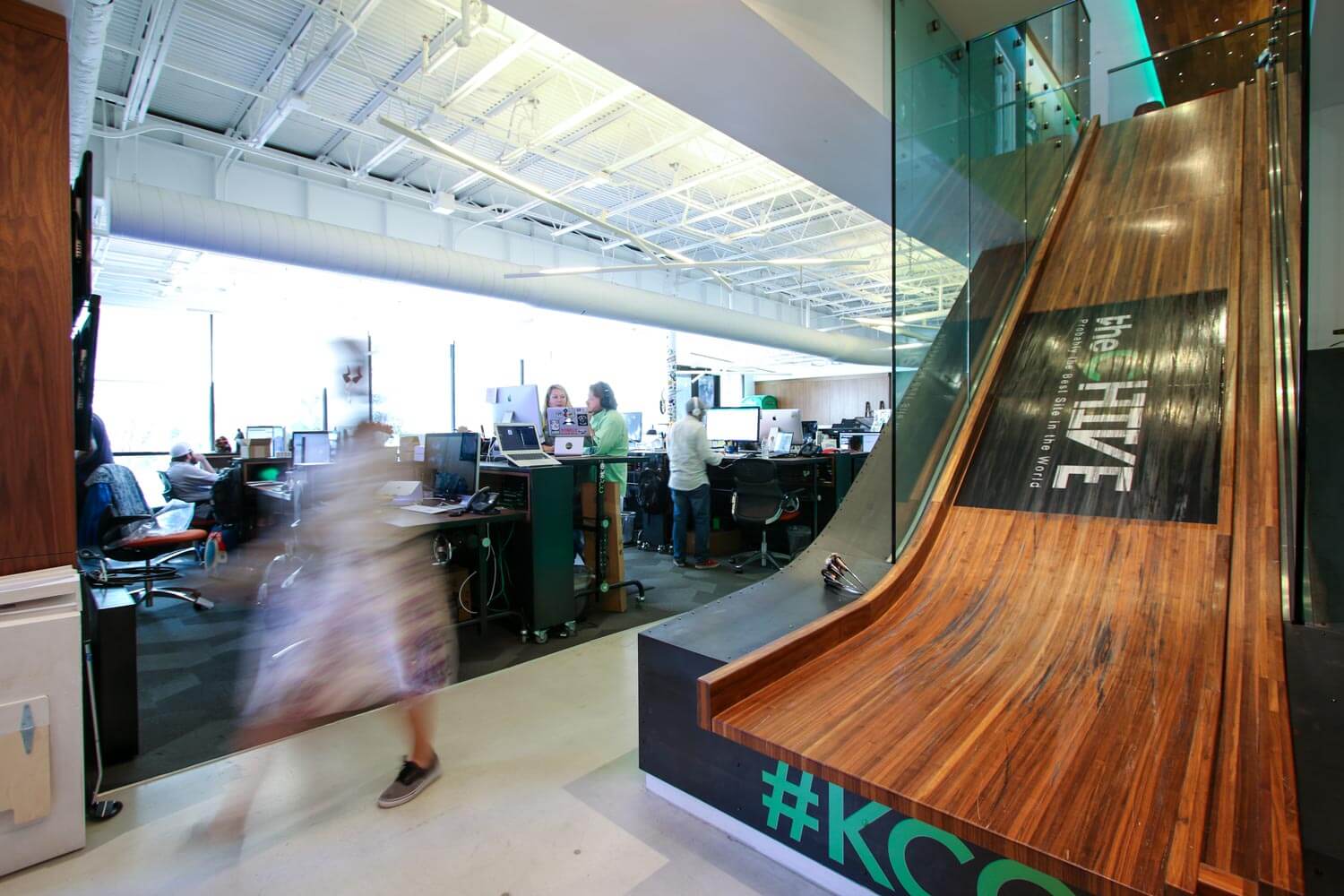 Founders John and Leo are serious patrons of contemporary art and use the office as a gallery for their personal collection. The prized piece is an original Banksy hanging prominently near the office entrance. One of two Banksy’s in the office, this mural was found in a Venice Beach alley in 2011. Originally featured at the California office, the artist-verified wooden wall made its way to Austin where it is expected to hang for a long, long time. 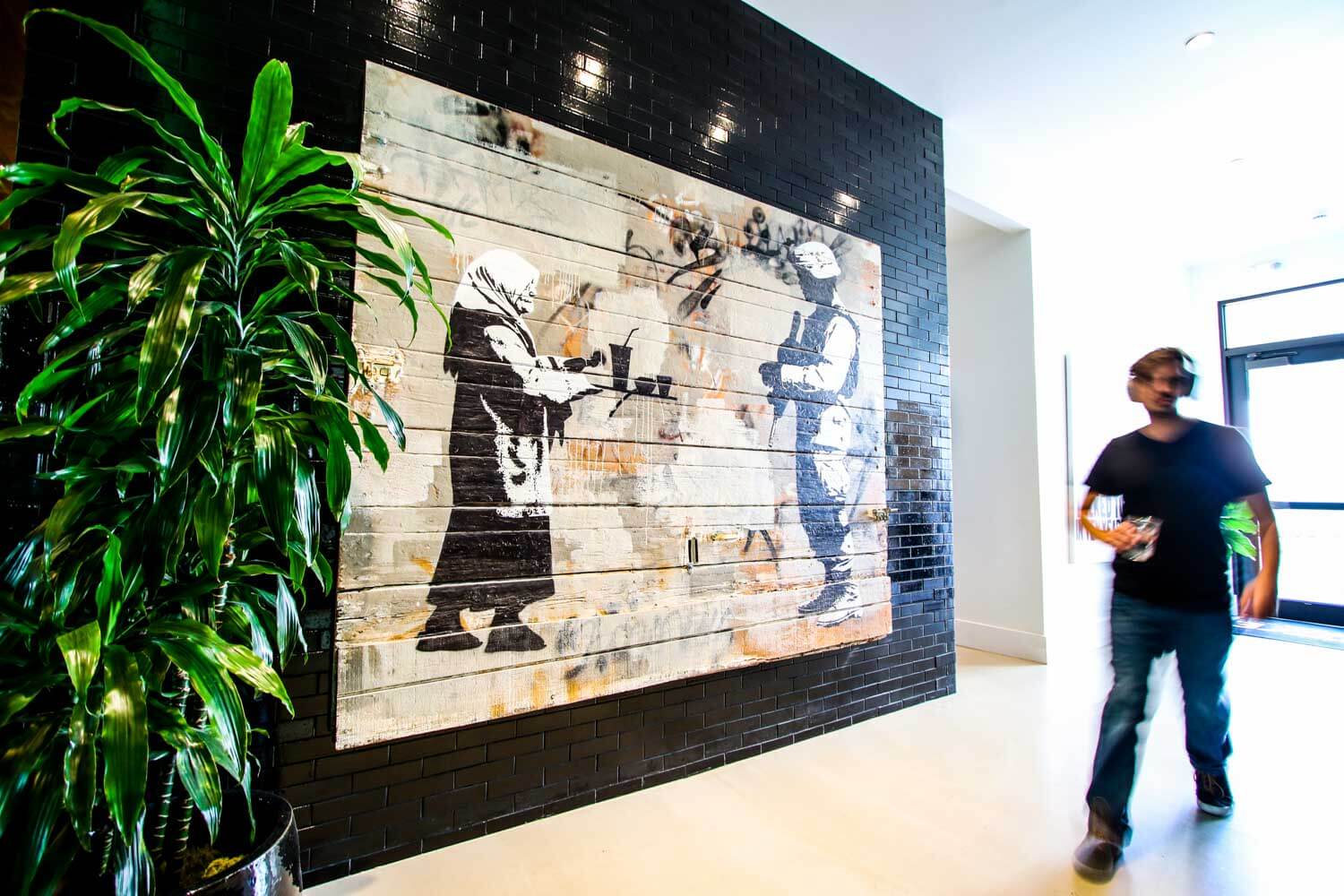 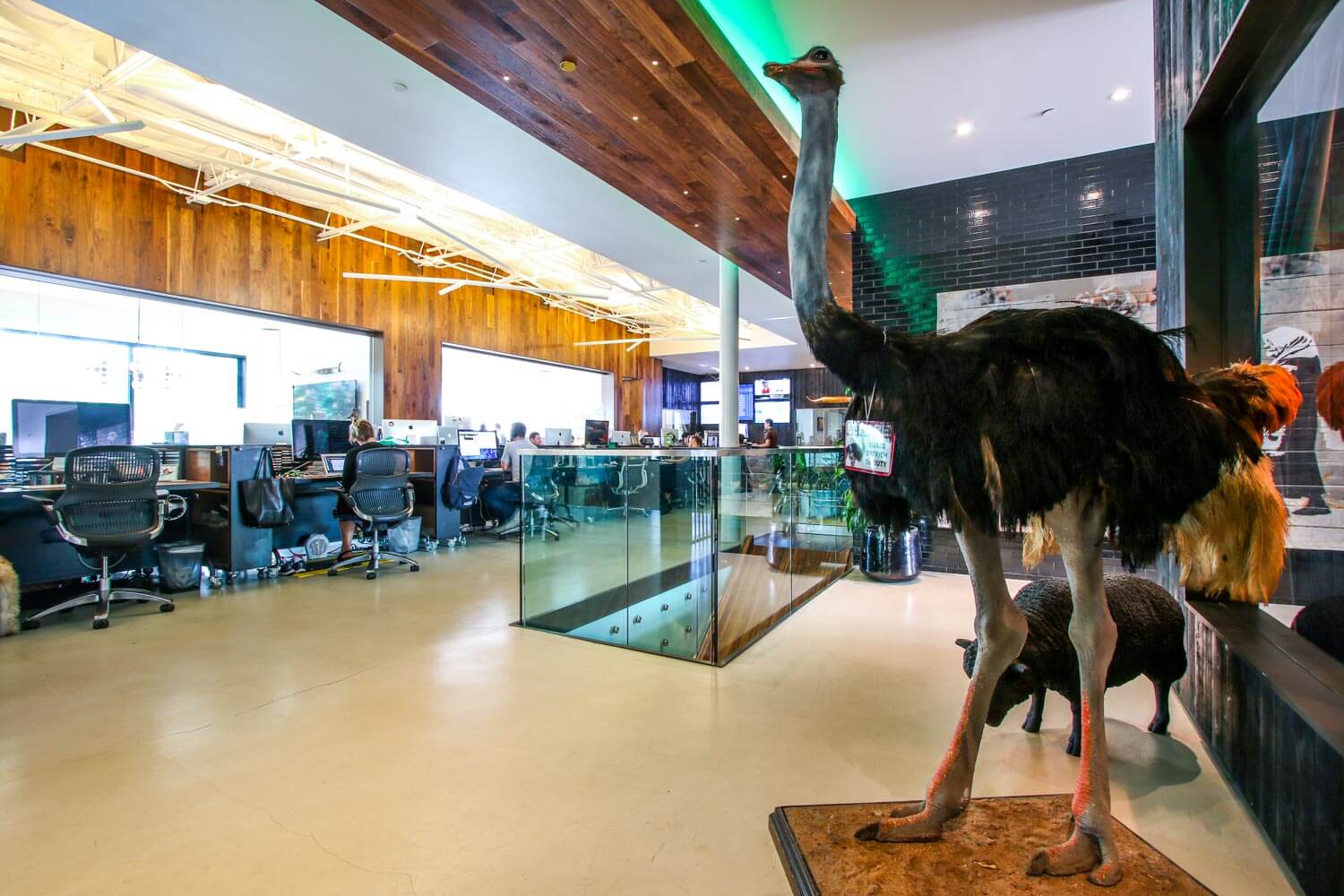 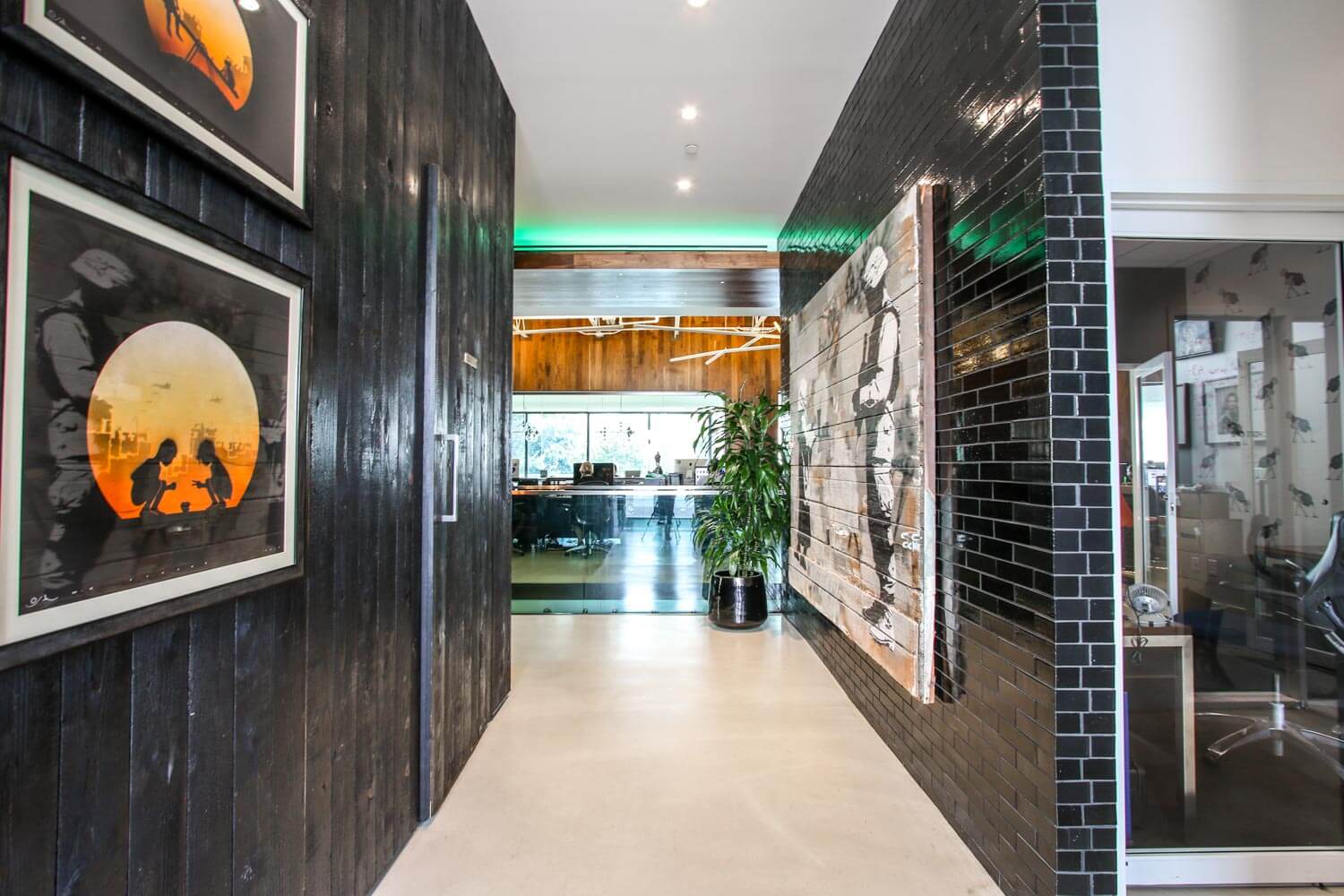 Partying with a purpose is a celebrated mantra at theChive office. There is a lot of fun to be had working here, but none of it would be nearly as much fun without giving back, and that is what theChive’s community is all about. Chive charities have raised more than $10 million from the Chiver community for veterans, sick kids and a host of other tear-jerking causes.

When theChive hears of a person in need, the community springs into action with pop-up events that take place all over the world. Albeit the parties looks like more like a concentrated spring break, they are actually just one more way for theChive community to help out one-another and actually make the world that extra 10% happier… Keep Calm & Chive On. 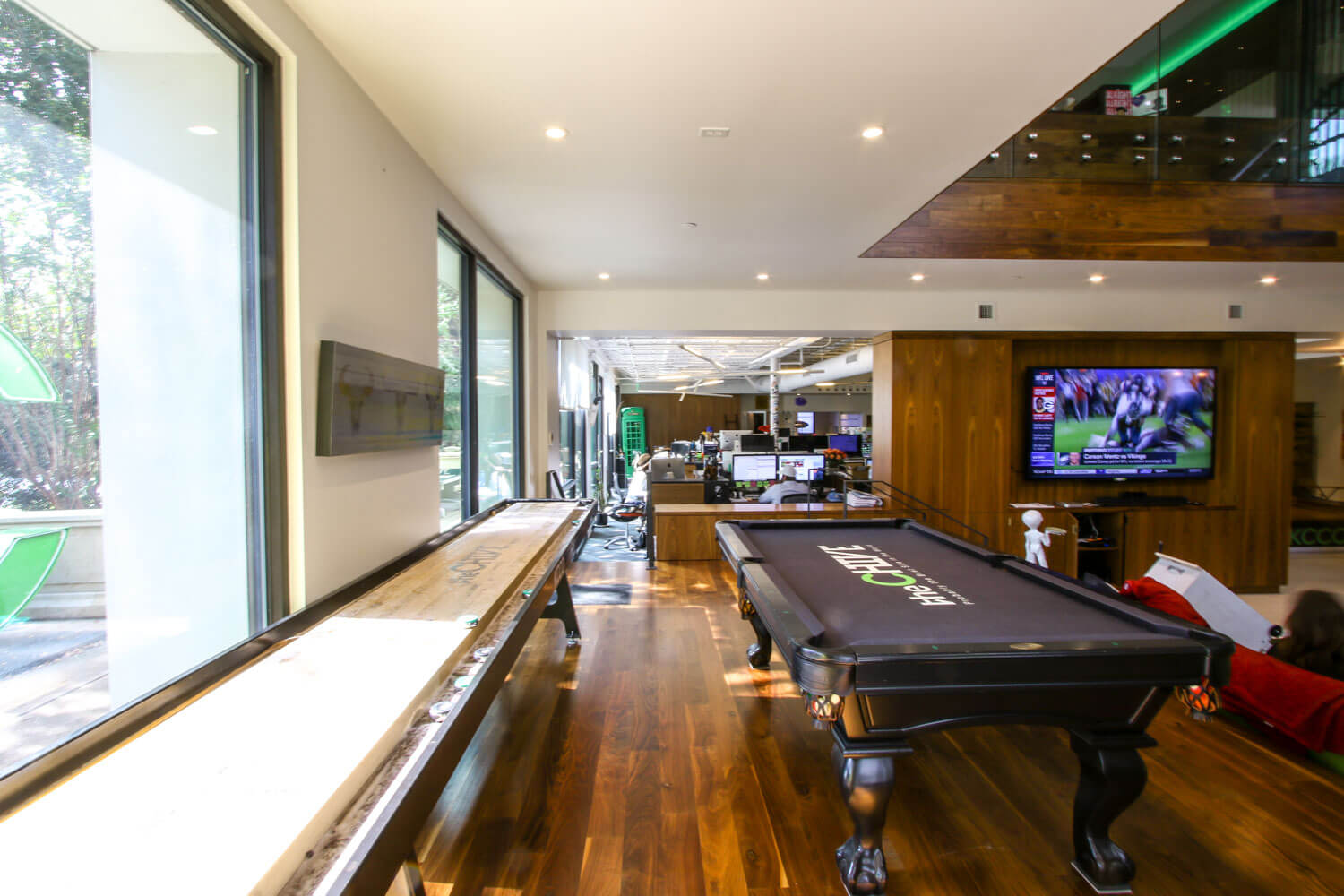 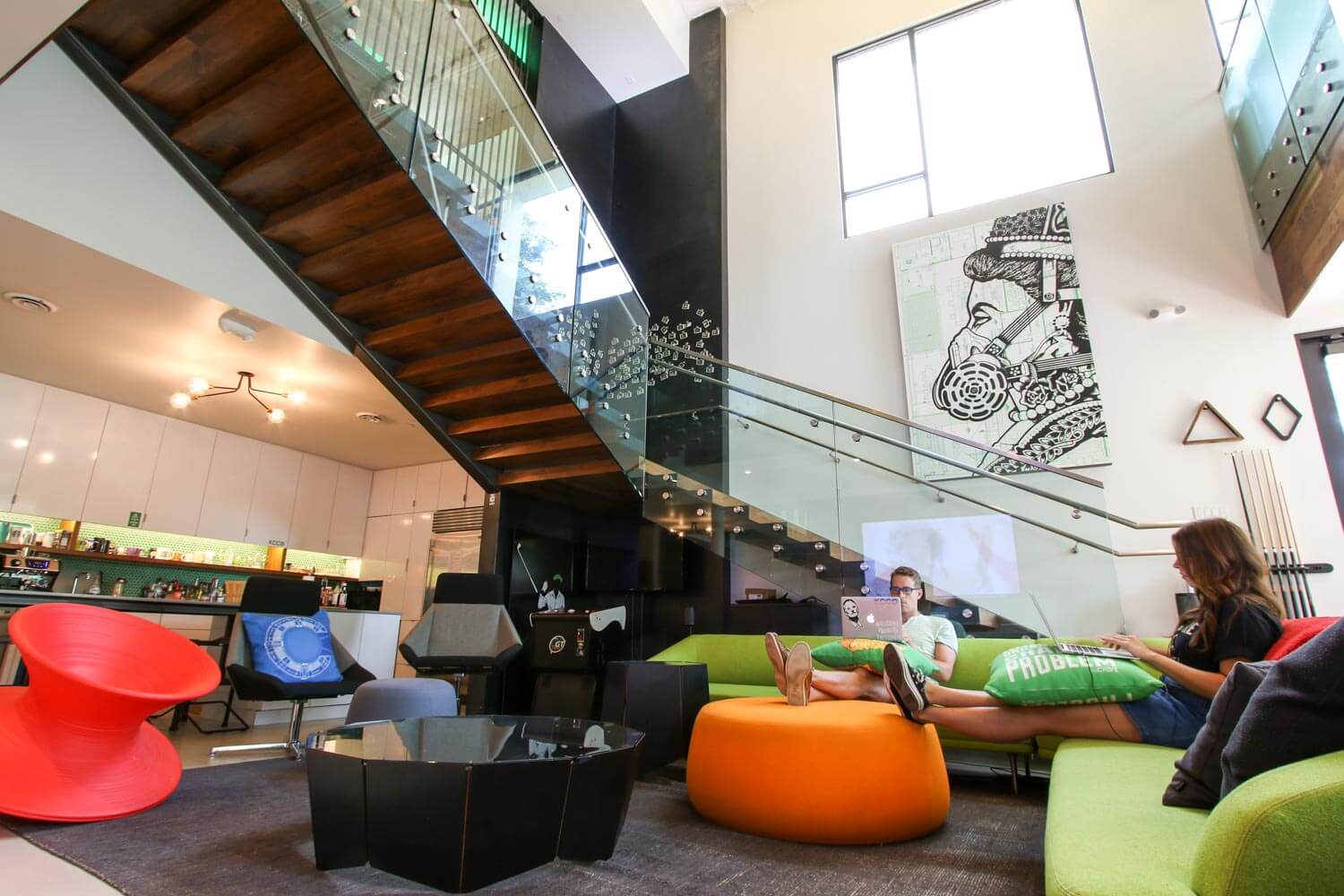 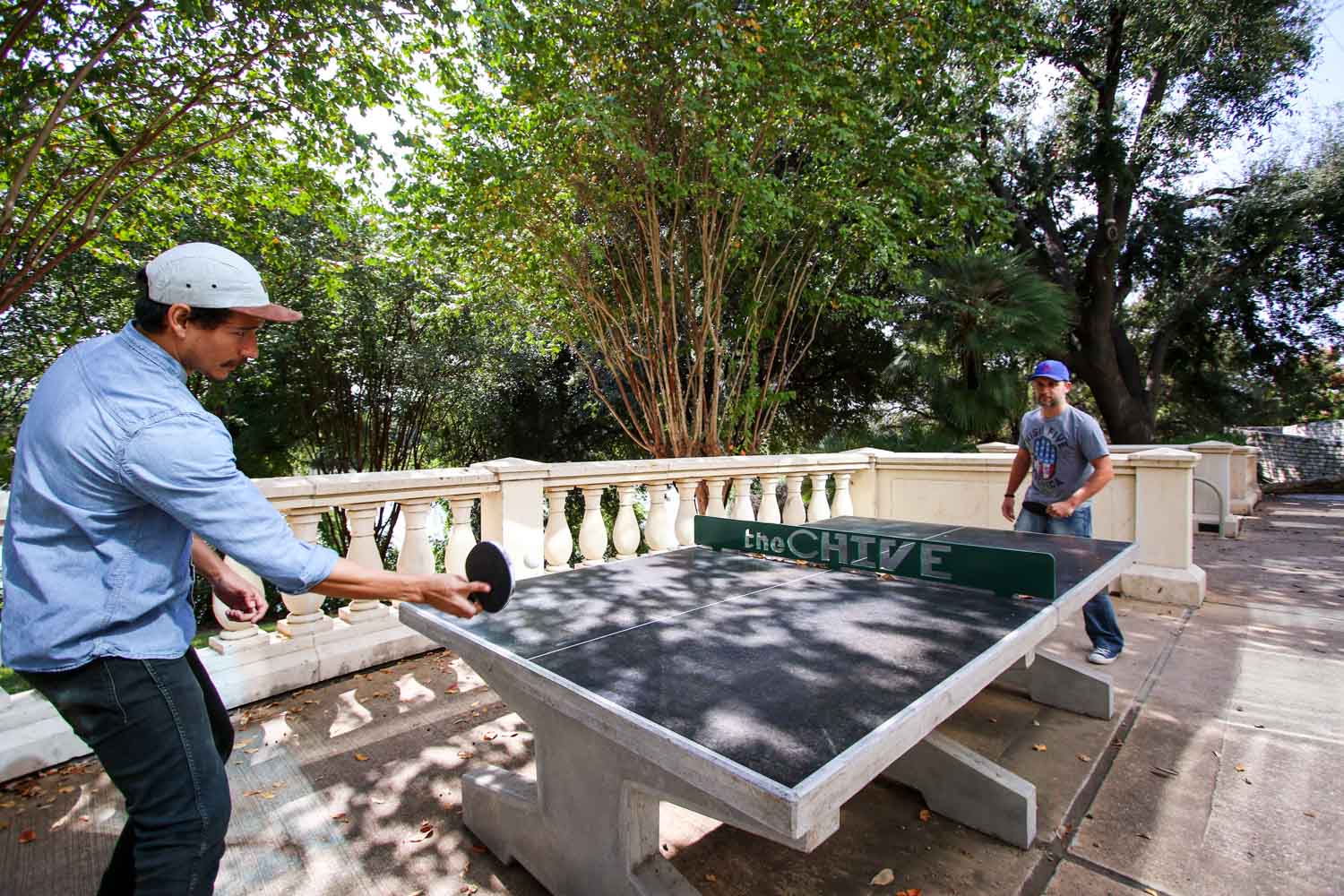