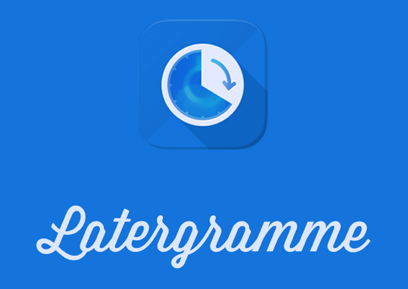 I ask Ian MacKinnon a question I’ve asked many times before. It’s a good question: how do you want the community to think of your business?

I’m prepared for a stock answer. This startup could easily provide me with such an answer—I could cobble one together myself from what he’s shown me on his laptop on this rainy Wednesday night. But he stitches one together before pausing a beat and revising his answer for—honesty? Bravado?

“I want us to be known as the new hotness of Vancouver tech,” he says.

He and the rest of the Latergramme team are not far from achieving this goal. Being listed first on Vancity Buzz’s 11 Vancouver Startups To Watch in 2015 is a strong bid of faith. And why shouldn’t he feel close to such a title? In the last half of 2014, Latergramme emerged as one of the loudest, most lovable startups on the scene.

Armed with both charm and a winning product, they were named to the final Techvibes 20 of last year for good reason. As we noted there, Latergramme won the Fall 2013 AngelHack competition and Launch Academy’s Summer 2014 Pitch Day. Being one of many of the lucky sardines in Launch Academy that night, I can proudly say that they stood out from the first.

“Since the dawn of time, man has wanted to be able to queue posts on Instagram,” MacKinnon says.

The sentence rang in my mind as I walked up the stairs to see him at Launch Academy on a dour Wednesday night. I’d spoken to him a couple times since—a moment on the stairs at the Summer Pitch Day to thank him for entertaining us, and a sincere expression of my disappointment that Latergramme hadn’t placed higher at the admittedly-fierce competition of November’s Cascadia Startup Day.

When I meet him, he’s in no mood to settle into a meal. He wants to go running after this interview; he’s taking his health seriously. And the health of his company. They’re looking to hire more developers (a challenging task in Vancouver), and once they do, they’ll have to think carefully about finding their own digs.

“Six is the magic number when you’ve got to decide what your culture is going to be,” Ian says, thoughtful and unconcerned in equal measure. “Honestly, I like the culture here, but the other founders, they say ‘No, we have to grow up at some point, and I’m kind of the Peter Pan of the group. I’m like, ‘No! We can just stay at Launch Academy forever! Build a billion dollar company here!’”

His joking is swiftly pushed aside. He knows that by the end of second quarter that it’s unlikely they’ll remain at Launch Academy: the growth is unstoppable.

“Instagram doesn’t allow posting from anything except the app. Because of that, Hootsuite and all the other social media platforms have zero support for it. We want to be the very visual social management tool. The core problem we solve: getting photos from your desktop into Instagram. It’s weird but Dropbox is our biggest competitor.” He demonstrates with a wave of his hand, dragging a photo from a folder into a calendar, queueing it with push functionality.

“In 2015, there’s going to be a lot more work with teams and enterprise. Our service lends itself well with the approval metric, because you can have people set up a bunch of posts, and the marketing manager holding the phone going yes, yes, no…you can always make sure there’s a human filtering,” he says.

When he’s talking about Latergramme in concrete terms—who uses it, why, how—zhis rhetoric is straightforward.

An Android Latergramme? “It’s going to be in Q1 of 2015, for sure. We already have proven out the concept, we just need to make it work for Android.”

Vancouver is host to many social media companies that might be interested in a platform to help manage Instagram on a corporate level. For the sake of full disclosure, I now work for Hootsuite, undoubtedly the biggest name in the game.

How would he feel about a knock on the door from a prominent organization?

“I don’t think we’re on most companies’ radars,” He says. “And there’s nothing stopping other social media companies from doing what we did. But the model for this product is different than a lot of traditional social media management tools. Very app-based. I feel like as a founder you’re supposed to play that card saying ‘No, I want to take this big as far as it’ll go!’. But realistically, everyone has a price. But right now, we’re focused on making this a kick-ass product.”

“Our road map is to be the social media management tool for visual media across platforms. For the next while, we are going to be laser-focused on Instagram.”

We spend an hour talking about what kind of people he should hire (a foodie, a fashionista and a bodybuilder, or some combination of the three) the way Taylor Swift confers relevancy, and the celebrities and businesses he can’t mention that use the product (he can confirm that more than one famous rapper uses Latergramme)  and the changes to the startup scene in Vancouver.

“The community is a lot more centered. In Toronto you find the city’s a bit spread up–in San Francisco the entire city is startups. It’s a lot easier to get the kind of help you need, and you have things like Launch Academy.” He’s quick to give Launch Academy the credit it’s due. He wouldn’t still be wanting to stay if there wasn’t love there.

And then he says those magic words.

“Latergramme was a problem before it was a company. I want them to think that we’re a great for developers and one of the hottest startups in Vancouver,” MacKinnon says.

With recent shoutouts here, Vancity Buzz and the Globe and Mail? Latergramme is in the race for the title.