League didn’t set out to become a next-generation health insurance platform, and Michael Serbinis is the first person to admit that.

The CEO launched the company with a mission to connect users with health and wellness professionals through a digital platform. It wasn’t long before he realized that the real opportunity was to disrupt traditional health insurers altogether. 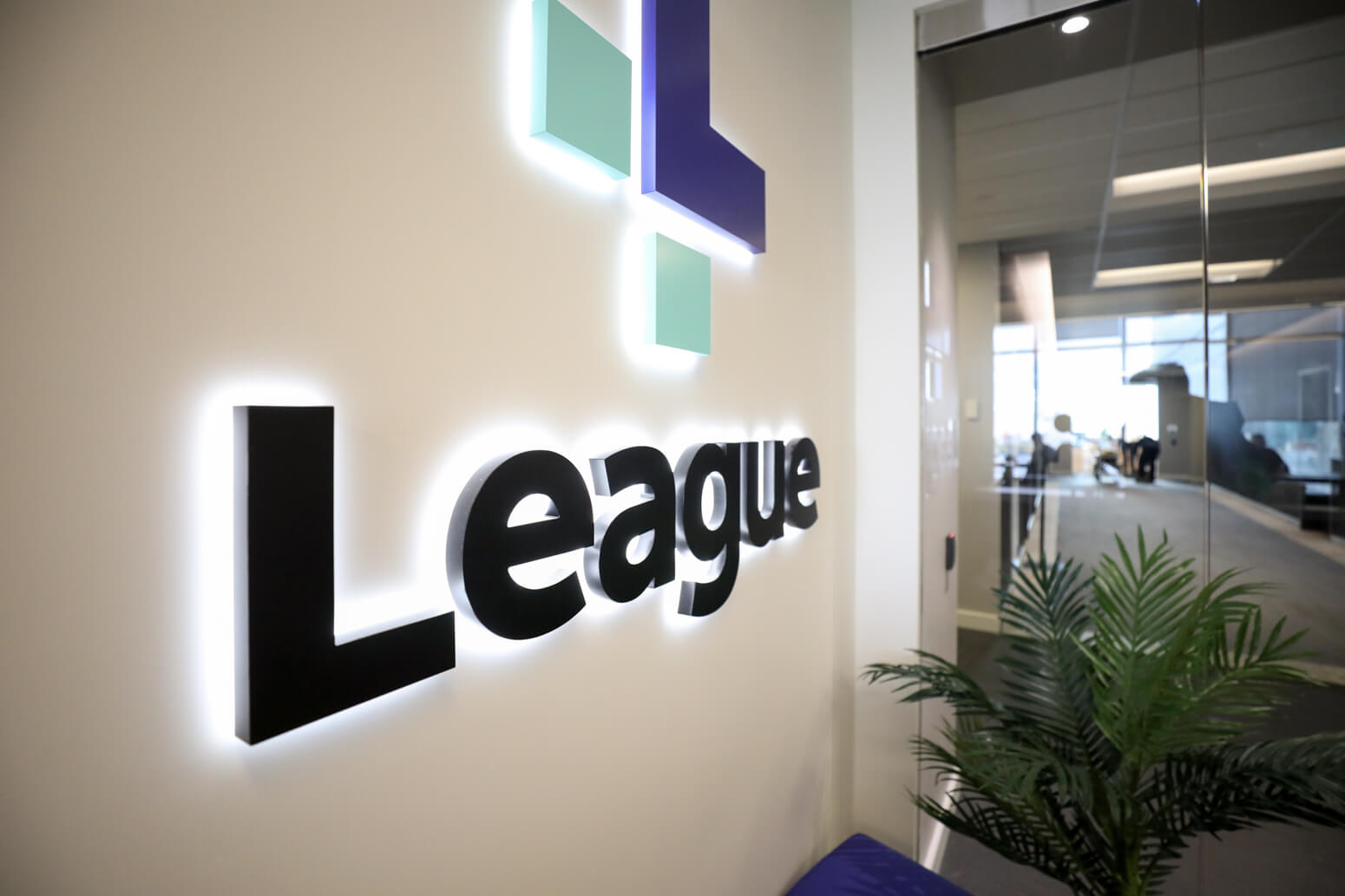 For Serbinis, he started delivering a product within North America’s trillion-dollar health insurance market at an opportune time. Shifting demographics, the advent of new tech and an evolving workforce meant a growing expectation for the workplace to be personalized—and League is helping to fulfill that demand.

Headquartered in Toronto’s MaRS Discovery District, League has grown its team to 130 employees in three years including satellite offices in Seattle and Chicago.

The company introduced a beta version of their mobile platform in mid-2015. A year later, they closed a $25-million Series A that helped fuel League’s international expansion to the U.S. in 2016. A Series B funding round is set for early 2018.

League is behind an all-in-one digital account where users can manage their insurance, book appointments, buy wellness services, monitor payments, and even speak directly to a health professional—directly from their smartphone.

Anything under the umbrella of health and wellness can likely be found in League. From healthy meal plans and fitness classes to clinical psychologists and dentists, members can use their company-provided health credits to buy both products and a suite of services. 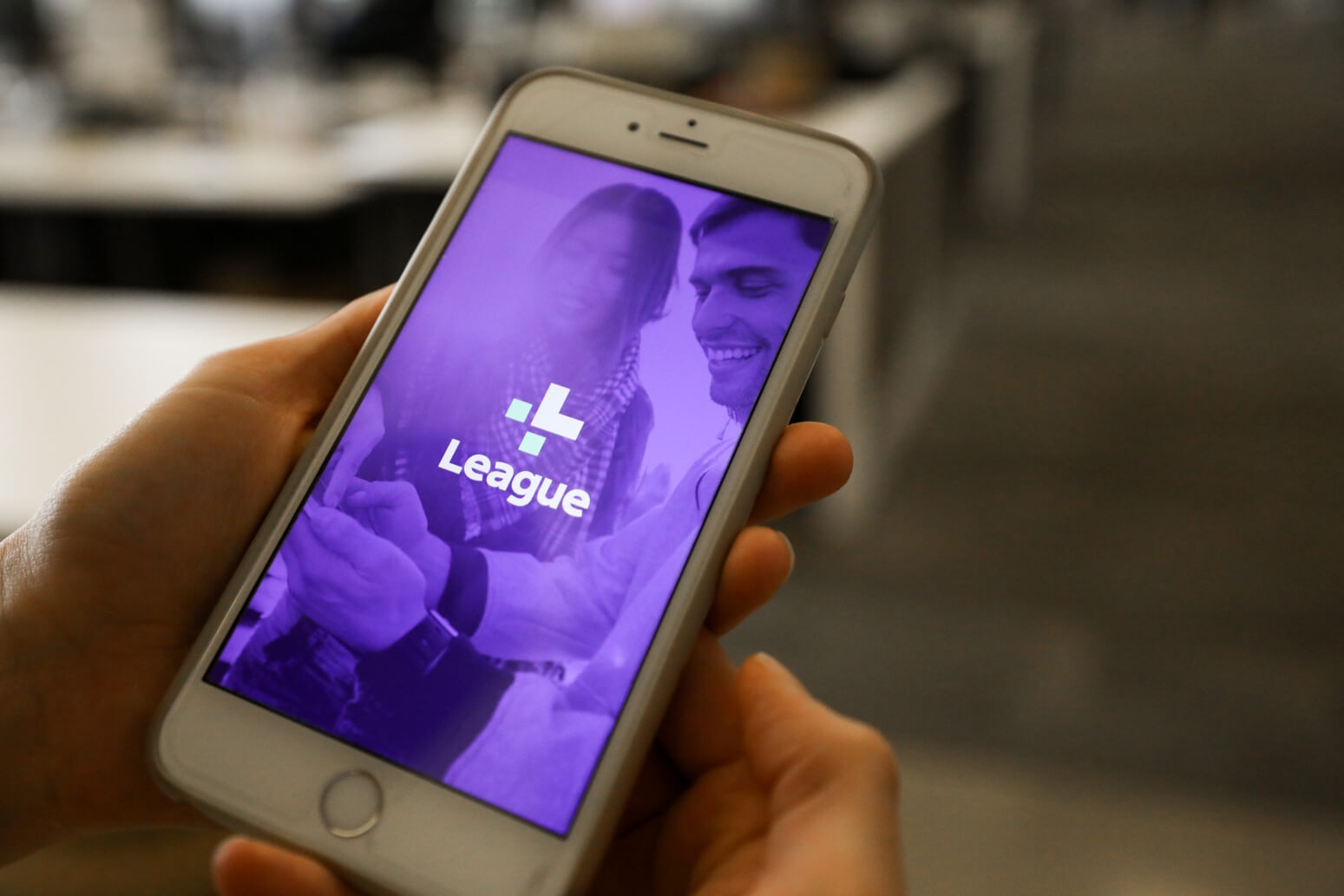 Lori Casselman, League’s chief health officer, oversees what’s being offered through the platform’s curated Health Marketplace. She explained companies providing insurance to their employees can customize what services they want covered under a health and wellness spending account. For anything else, members can pay out of their own pocket.

“What we’re seeing is now 25 per cent of the purchases in our Health Marketplace are actually coming through a member’s credit card,” said Casselman. Many of the products on League’s marketplace come with discounts too, incentivizing members to buy health and wellness products directly through the app. 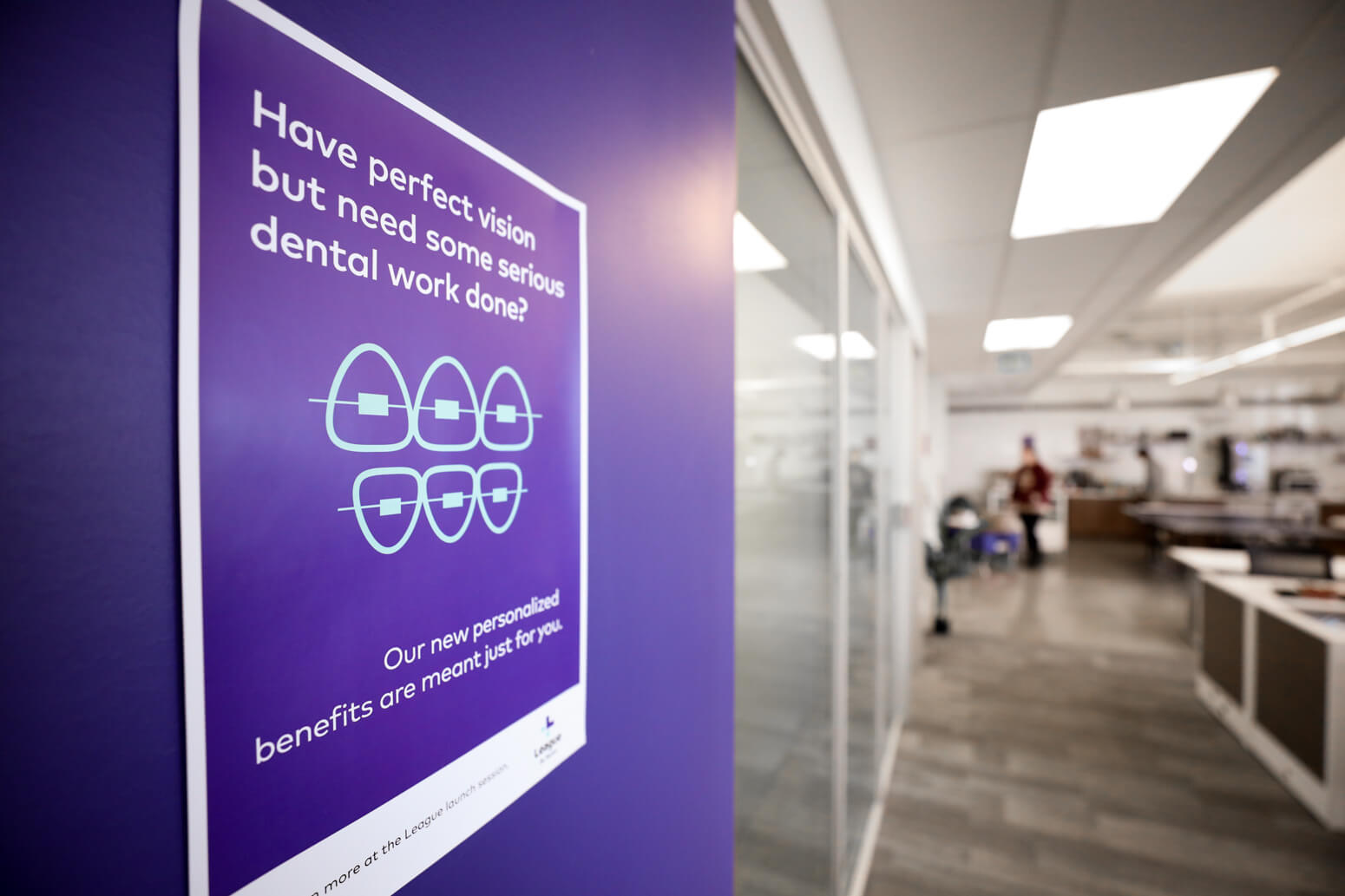 “These nurses are full-time League employees… and they come with emergency room experience, ready to handle anything that walks in the door,” she said. “It’s private and confidential but it’s kept in a database so any nurse can reference past information. That way it’s not a cold start for any new inquiry.”

One of League’s priorities is driving engagement. Typically members are engaging with their health insurance company a couple times a year; League is aiming for touch points every week.

“If you look at what stands out for us today, it isn’t an app or a website laid over an insurance plan. What is really unique is unlike a traditional insurance experience, our members are engaged with League every month,” said Serbinis.

Right now, between 70 and 90 per cent of all active users are engaging with the platform every month.

“They clearly aren’t doing that because they love insurance or they are doing insurance-y things,” said Serbinis.

“They are doing that because we are empowering them with their health through our concierge, through our marketplace, and they’re getting health-related content from us too.”

League has partnered with a growing list of insurance carriers, including RBC Insurance, AETNA, Humana, Cigna, United Healthcare and MetLife. The company has also sealed new partnerships with health and wellness companies to fuel League’s Marketplace including Adidas, Headspace, Well.ca, and GoodLife.

“Our view is the traditional sales, services and experience models are gone the way of the dodo,” Serbinis said. “Today, it is becoming clear that we are a partner of insurance carriers.”

The title ‘serial entrepreneur’ may be tossed around often, but it certainly applies to Serbinis.

He got his first taste of Silicon Valley in the mid-1990s. As an engineer building search engine technology with Zip2, he worked alongside the company’s co-founder Elon Musk.

After he found his footing, Serbinis went out on his own to launch DocSpace, a developer of web-based software. He sold the company for $568 million in 2000 to Critical Path where he transitioned to become a CTO. Some might call it a career there, but that was only the start of Serbinis’ success.

He left California for Canada to join Indigo where he conceived Kobo, a Canadian e-book company that rivalled Amazon’s Kindle. Selling Kobo for $315 million in 2012 sealed Serbinis’ fate as one of Canada’s tech vanguards. 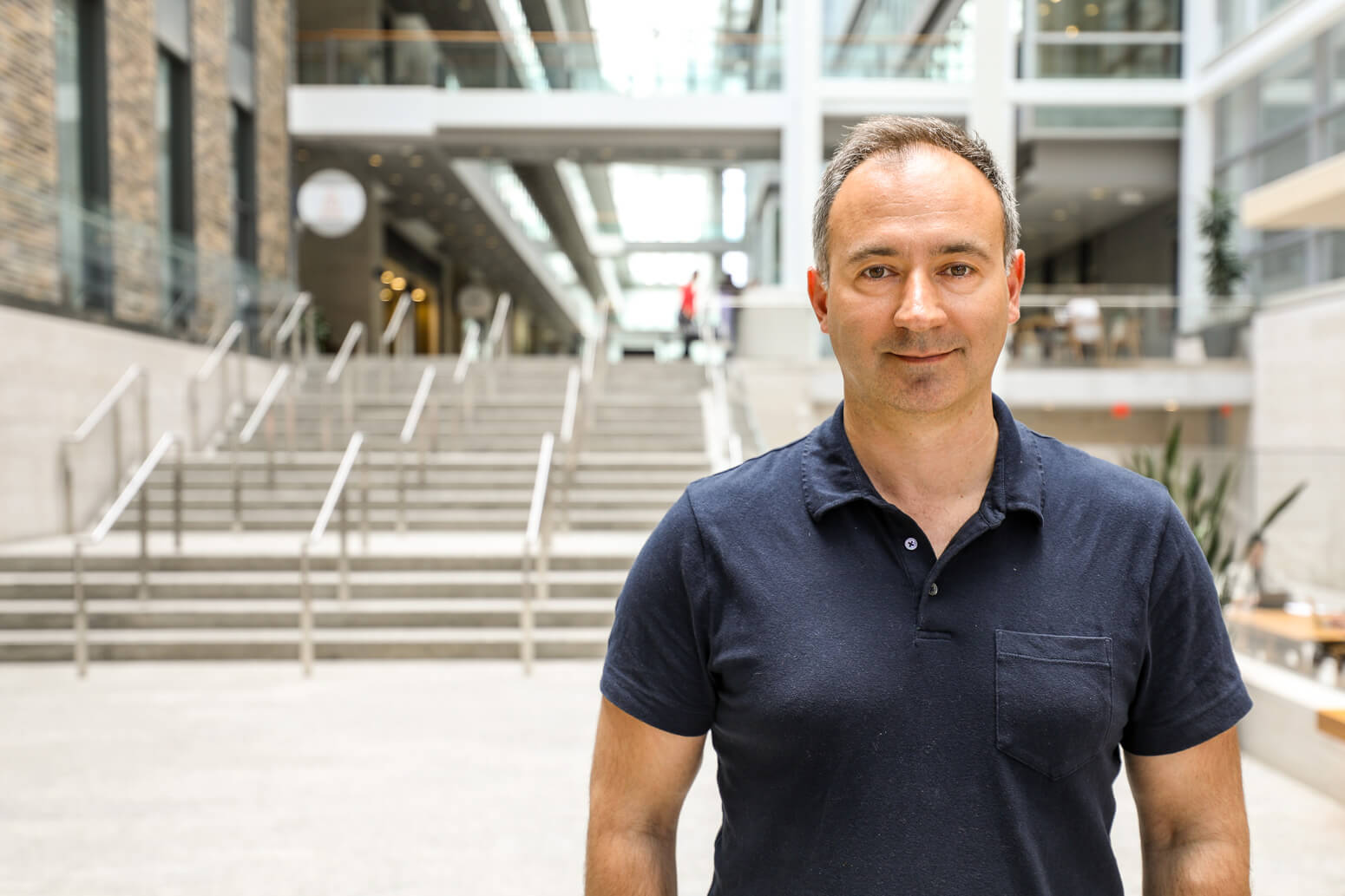 When Serbinis announced League to the world in late 2014, at that time he had a much different vision for the platform. He wanted to ‘Uber-ize’ healthcare to connect consumers across the country with thousands of health professionals and wellness services.

“Before we knew this was going to be within the context of health insurance, the goal was to empower people with their health,” said Serbinis.

But when he found himself knee-deep in health insurance, the company switched gears to improve how Canadians manage their benefits.

“We found that most people access health care through an insurance plan, and most buyers of those plans are unhappy because they keep getting more expensive but aren’t really improving.”

With a fresh take on how to deliver health benefits in a way that serves companies and their employees, League became a competitor to insurance companies that are refusing to change.

On top of running what KPMG and H2 Ventures named as one of 50 global leaders in fintech, Serbinis is a dedicated board director, sitting with Toronto’s Vector Institute, MaRS and Perimeter Institute.

League’s Health at Work group not only curates the on-site and virtual health programs the company offers to employers, they also run League’s internal programming. The team decides on the services and activities—crossing physical, mental, social and financial health—offered at League’s head office. 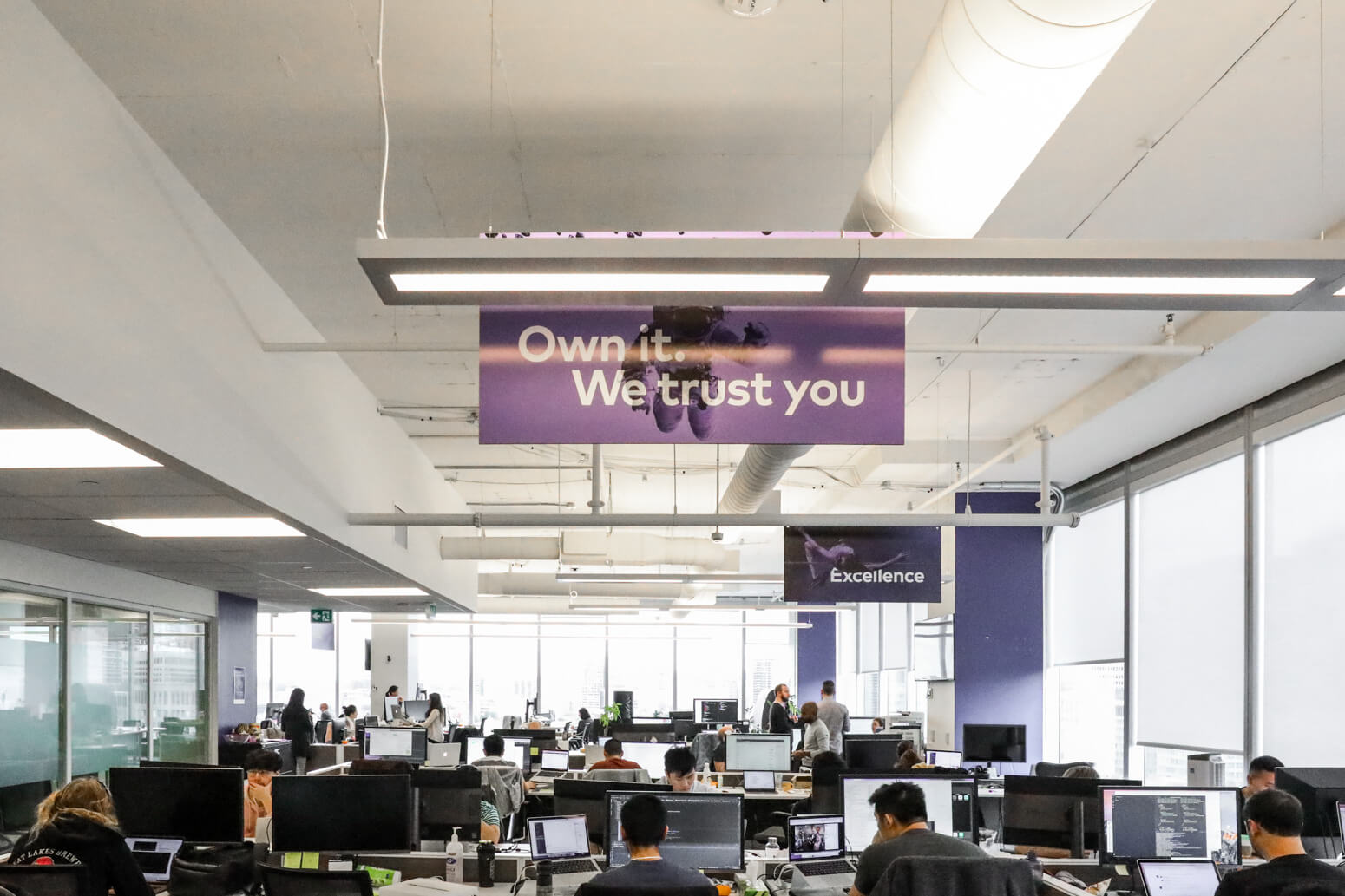 Monday means mindful meditation while Wednesdays call for catered healthy lunches. League also runs a series of events that bring the team together, from terrarium building to art therapy. 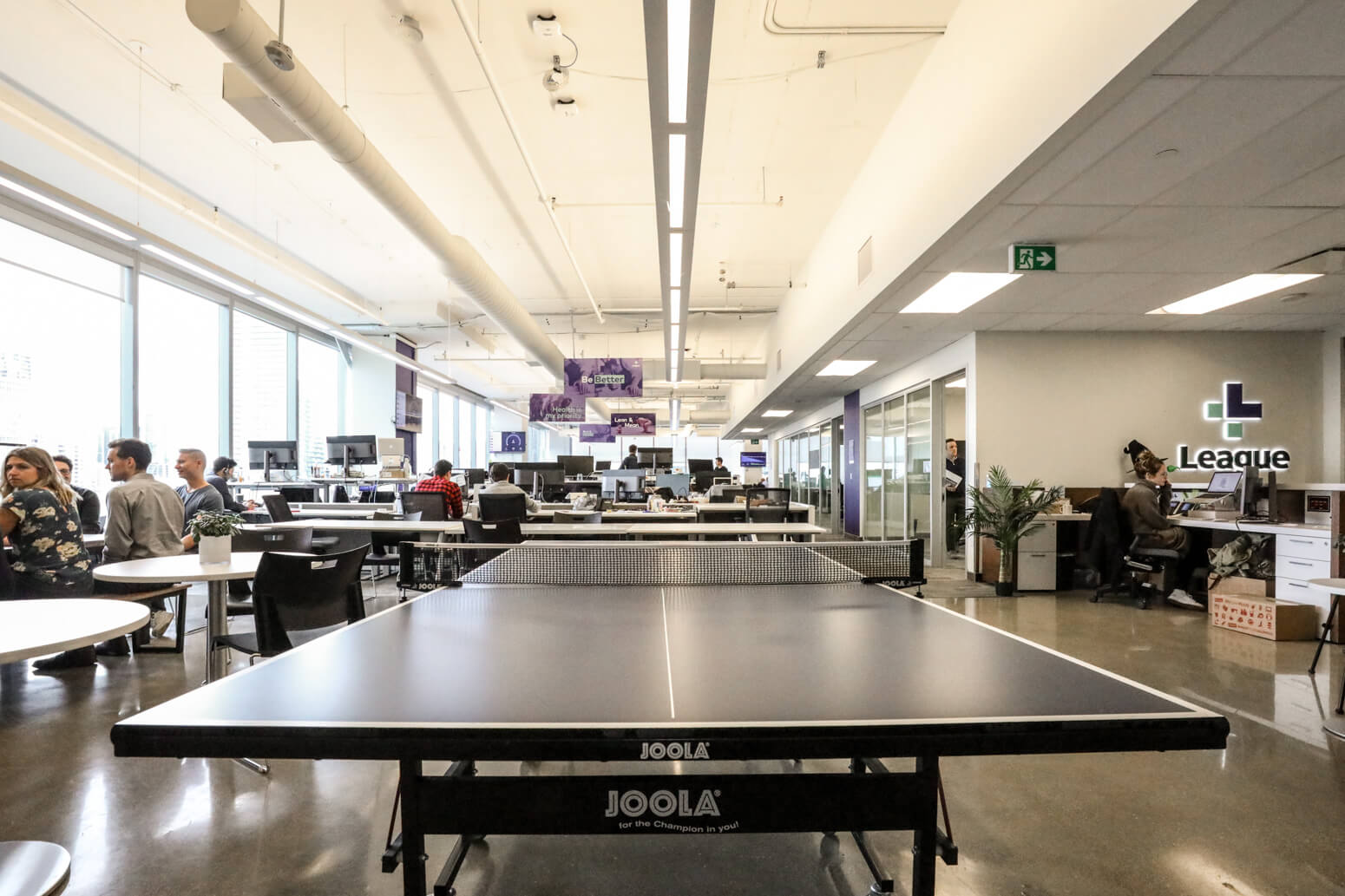 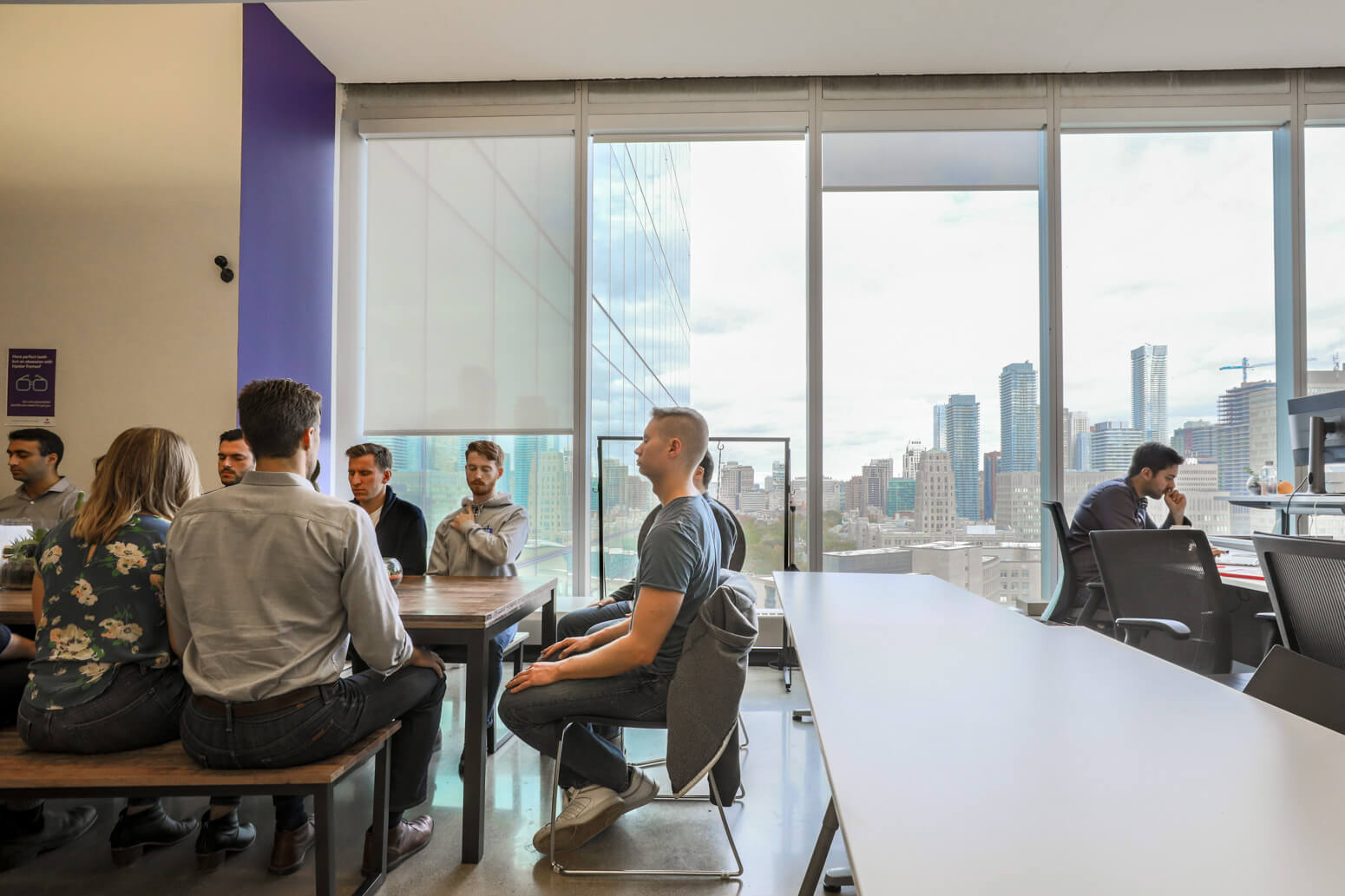 On-site, League has a quiet room that can serve as a silent spot for guided meditation or a counselling session with a practitioner. Massages, screening for blood pressure, and sessions on financial management are all in the cards for League employees.

As the company expands their growing Chicago and Seattle office, they plan to offer a subset of their health and wellness program for their U.S. employees.

Serbinis’ vision for League has the platform becoming a place where all health management services can live—that includes refilling prescriptions and even storing blood work forms. While those kinds of offerings may be further down the line, League has plans to make the consumer-centric platform even more personalized.

“With all the data we’ve been accumulating on our platform, we can soon combine that with machine learning to start making recommendations,” said Serbinis. “Because we are talking about people’s lives at the end of the day, it is something we’re going to be cautious and judicious with.”

Another evolution Serbinis wants to see is with League’s Health Concierge. Although members can ask nurses for help on a range of topics, he said the majority of cases are mental health related.

While no other technology company is like League, Serbinis isn’t letting that slow down his ambitions.

“Our company either is going to grow or die… So we’re going to become more personalized and we’re going to launch new services that continue to take the one-size fits none model out of health care.”