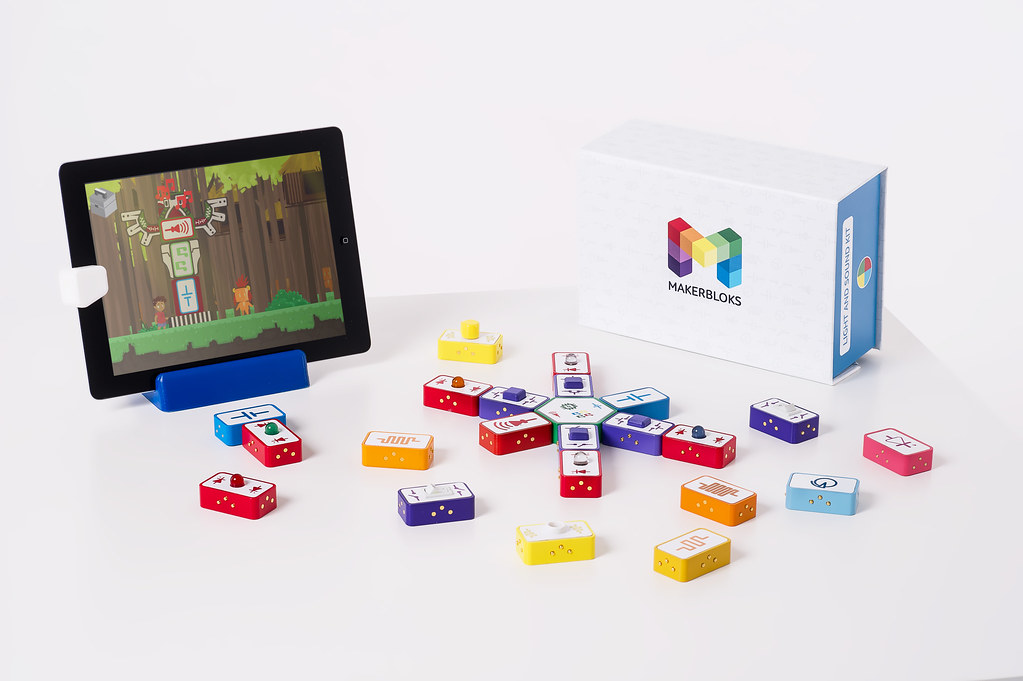 A Montreal startup that wants to teach children about electronics is seeing strong success on Kickstarter, reaching its $25,000 goal on the second day of its crowdfunding campaign.

MakerBloks are colourful blocks that allow children to create real electric circuits. A Kickstarter campaign to fund their creation launched on Tuesday morning, raising over $20,000 within 24-hours and reaching its goal on Wednesday afternoon.

Francois Poirier, the CEO and creator of MakerBloks says he got the idea while working as a product designer. Clients would come to him with little more than a circuit board and his job was to make the products look good and be easy to use, but he says, “I actually had no idea what they had in their hand, the [printed circuit board] itself was a mystery to me.”

APoirier says his then-seven-year-old niece was developing a strong interest in science and technology at the same time so he thought it would be fun for the two of them to learn about electronics together.

“I looked at all the different ways to do it, software, books, DVDs and toys,” he says, but nothing fit.

When it comes to toys, he says, “they are all bad, they are all using outdated technology.”

He says the toys on the market might make sense to engineers but they don’t make sense to a six-year-old. Having worked as a consultant for Mega Brands, he thought about creating an educational tool that involved bright plastic blocks.

One of the MakerBloks kits being launched as part of the Kickstarter campaign also includes a augmented reality feature – a mirror that attaches to an iPad’s camera and allows children to solve puzzles in a virtual game using their real-world blocks.

It’s another thing that Poirier says sets MakerBloks apart from other electronics kits on the market.

“They don’t use what the kids are using,” he says. “I thought it was important to adapt to the kids of today.”

“For me it’s really important to always have the hardware piece, the blocks,” he says. “Because if they are more interested in electronics when they are 10, 12-years-old and they actually want to pick up a soldering iron and build real circuits, it’s always going to be a physical world.”

As part of the Kickstarter campaign, MakerBloks is offering several different kits as individual perks, that will help guide future developments from the company.

“I think the Kickstarter campaign will actually give us a really good idea of what our audience wants,” Poirier says.

That’s a big part of why he decided to launch his product through a crowdfunding campaign.

“Gaining visibility and validating the product is the major reason we’re doing the Kickstarter, for sure the funding will help but it’s not the main goal,” he says. “Dollars are the best feedback you can get.”

While delivering the MakerBloks on time and living up to the promises made in the Kickstarter campaign is Poirier’s main goal right now, he’s also got his eye on the future. He wants MakerBloks to be the flagship product of a company that’s focused on science, technology, engineering and math learning for kids.