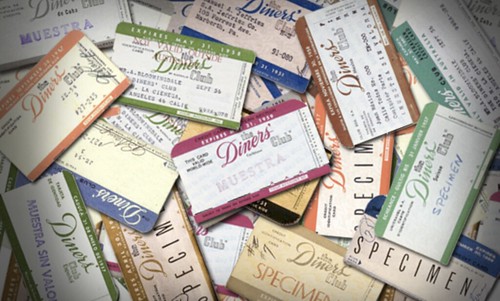 In 1950, the Diners Club Card was invented so people frequenting various restaurants could have an alternative to bringing cash to the establishment. From that year onward, the credit card flourished into a multi-billion dollar industry and some prognosticators believe that they will eventually edge-out cash altogether.

With this incredible innovation comes the other side of the virtual coin, which is of course the thieves and crooks among us who regularly try to use your card to buy their stuff. This has prompted the credit card companies to invest mucho-deniro to stay one step ahead of the robbers and the latest invention from MasterCard called Identity Check (but also known as selfie pay) is a real beauty.

“MasterCard Identity Check is an app that enables people to prove their identity online by using their smartphones to either take a selfie (facial recognition) or swipe their fingerprint (fingerprint recognition). Rather than remembering a password, the person becomes their own password,” says Beth Kitchener who is a VP of Communications.

The process sounds very technical but actually only takes very little time for the card holder to execute the process.

“Biometrics work by extracting a set of features from your finger/face/iris/voice and creating a unique biometric signature via a set of measurements,” says Kitchener. “For example when using facial recognition, you log onto the app onto your mobile device and snap a photo of your face. The image is converted to a value of 1s and 0s based on face measurements. The image is then destroyed. The value is stored but protected (hashed and encrypted) and cannot be used to recreate your image. The new value can be compared to the enrollment value for matching.”

Canada is now getting the roll out on this technology because of successful tests in the US and the Netherlands.

“In the Netherlands, nine out of ten participants indicate that they would like to replace their passwords with biometric identification definitively and almost 75% of users are convinced that biometric payments will decrease fraud,” says Kitchener.

The US had a similar outcome finding that this technology was easy to use and that it is significantly easier than password identifications.  90% of people tested in the US said they could see themselves using this technology on a daily basis.

Mastercard is convinced that this technology will most certainly decrease fraud.

“Passwords are ‘something you know,’ not ‘something you are.’ At MasterCard, we believe in identifying people by who they are to make life safer and simpler,” says Kitchener.

“Privacy is also an important part of the technical equation. MasterCard believes that you have the right to know how your information is collected and used. To us, data isn’t just bits and bytes, it’s personal.  MasterCard discloses its privacy and data protection practices in a simple privacy notice for this program which lets you know how we will handle your data,” explains Kitchener. “At any time people can cancel their participation in the pilot and we will delete their data.”

As criminals get more and more sophisticated in their techniques to buck the system, MasterCard clearly is taking steps to ensure that the future of credit card payments is a secure and safe practice.  So go buy whatever stuff you need and when paying for it, feel confident that you can put on a happy face.

MasterCard has launched its second year of Start Path and is now calling for applications in Canada until March 21. Since 2014, Start Path has provided 60 startups operational support, mentorship, and investment to develop the next generation of commerce solutions.