Called Marea, the Spanish word for tide, Microsoft and Facebook partnered with Telxius, a global telecommunications infrastructure company, to lay the highest-capacity undersea cable ever to cross the Atlantic Ocean. The two technology giants completely financed the cable’s construction.

The cable provides up to 160 terabits of data per second, a staggering 16 million times faster than the average home internet connection. It has the capability to stream 71 million high-definition videos simultaneously, making Virginia Beach the fastest digital port in the world.

Microsoft’s Suresh Kumar, the corporate vice president of cloud infrastructure and operations, called the cable a “feat of engineering.”

“Lying more than 17,000 feet below the ocean’s surface, Marea is the most technologically advanced subsea cable to cross the Atlantic Ocean,” said Kumar in a blog post. “Completed in less than two years — nearly three times faster than is typical — Marea is a powerful example of the important role the private sector has to play in connecting the world.”

Kumar explained that with more global economies deepening their reliance on cloud technologies, Marea will undoubtedly impact the advancement of cloud computing and digital services. 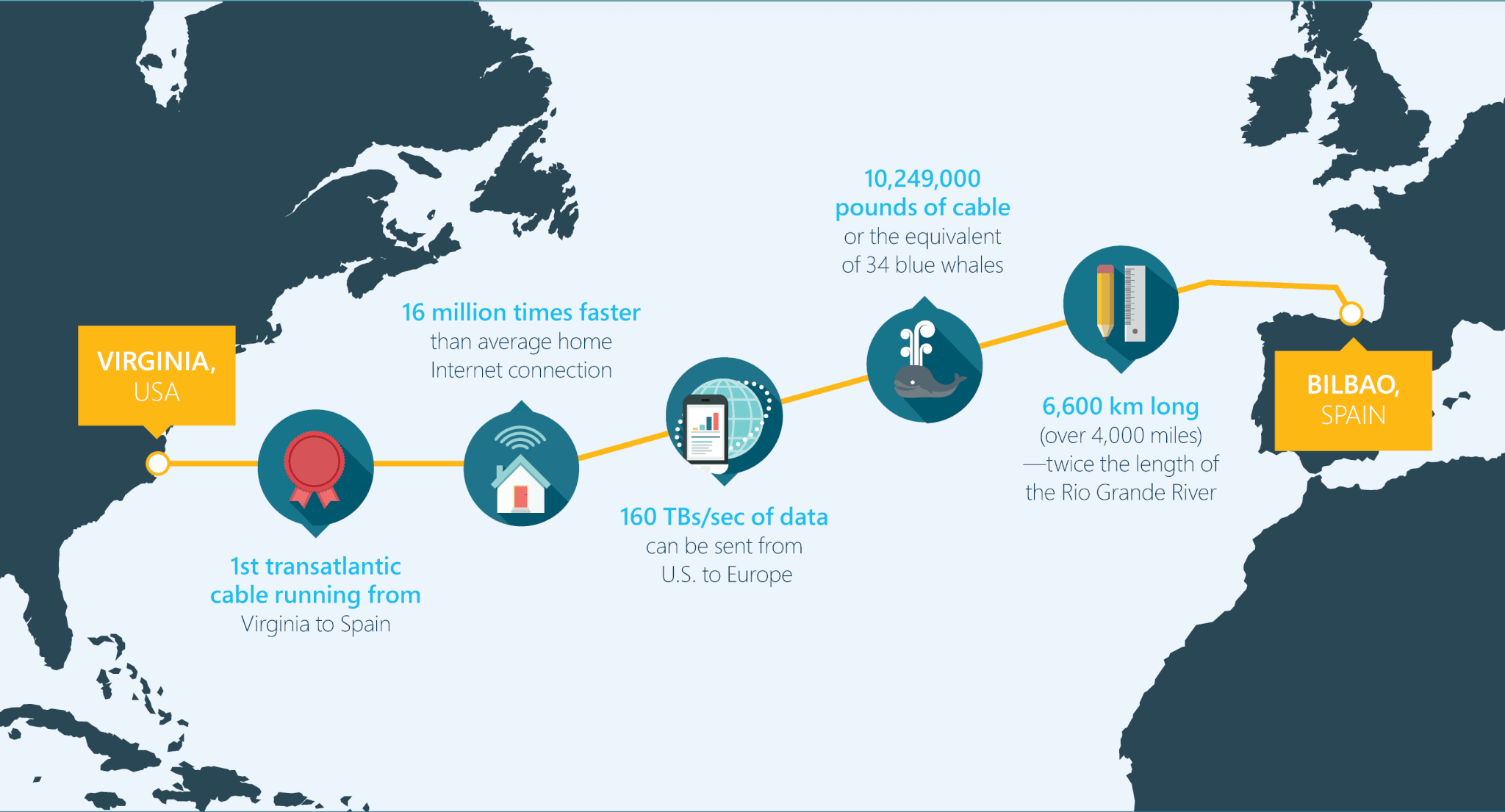 The cable was laid just south of existing transatlantic cable systems and meets a growing demand for internet and volume of cross-border internet traffic.

“There is no question that the demand for data flows across the Atlantic will continue to increase and Marea will provide a critical connection for the United States, Spain, and beyond,” he continued.

The cable’s landing point in Spain means the high-capacity cable has a direct path to networks in Africa, the Middle East and Asia. Microsoft said Marea will be operational by early 2018.