Kitchener’s Miovision has announced a partnership with neighbour Swift Labs to design, develop and test hardware prototypes and products for smart cities across North America.

“We believe in promoting and working with local entrepreneurs where possible,” said Kurtis McBride, CEO, Miovision. “Swift Labs is an expert in design, having the skills to bring concepts with strict parameters into a truly innovative and technically sound product—all of which will comply with international regulations.”

“I am pleased to work Kurtis McBride and his team on products that stretch and challenge the status quo of technology,” said Anthony Middleton, CEO, Swift Labs. “Our team at Swift Labs brings decades of expertise in wireless engineering and testing, allowing us to open new roads in functionality for the visionary software developed by Miovision.” 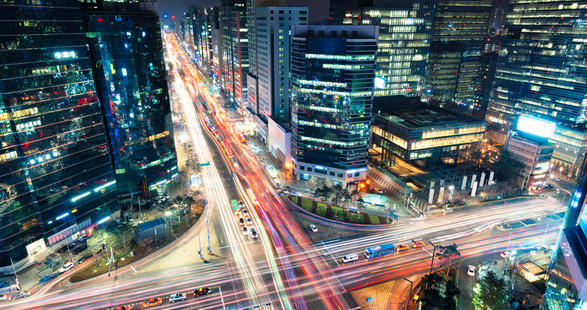 They are the UX designers of urban traffic flow.

“We’re starting to ask ourselves whether, by accident, we’ve developed the operating system of the smart city,” says Miovision CEO and cofounder Kurtis McBride.

In the 10 years since its inception in Waterloo, Miovision’s smart city solutions have been adopted by nearly 650 customers in 50 countries.

Miovision develops intelligent solutions to address the challenges facing today’s global transportation networks.  McBride says, “Our product focus these days is where the Internet of Things meets the smart city as it pertains to the traffic network.”

“All the data you need in order to make the network flow better exists,” says McBride.  “A lot of our products are focused right now on basically bringing to life the data and digitizing it, freeing it from the metal box on the side of the road, putting it onto the Internet, and then from there, we can do a range of things, from simply telling the city when the power is out, fully up to real-time optimization of traffic patterns.”

Miovision got its start with a product that allowed cities to automatically collect data about traffic movement through intersections.  As one can imagine, up to that point there hadn’t been much innovation around intersections.  The task of collecting data was previously done by municipalities by hiring people to stand at an intersection, hold a clipboard, and count cars.

“Within traffic data collection, we picked intersections, so we picked about as niche a market as you can imagine,” says McBride.  “You can draw a straight line from us helping cities to collect data to doing all sorts of manual things to make the network better.  We just built that up layer by layer to the point where now we can enable them to do real-time control and optimization of their network.”

Miovision’s main product is Spectrum. Spectrum devices create unique identifiers for different vehicles using Wi-Fi pinging between separate locations.  Through an analytics engine, the real-time flow of traffic can be determined, monitored, and optimized.  Intersection problems can be diagnosed and dealt with remotely.

Big companies, McBride says, “talk about IoT and smart cities as if they’re already here, with high-minded rhetoric about what the future looks like.” McBride says that municipalities that hired consultants to plan and create a smart city all at once haven’t seen the results materialize.

McBride believes the development of the smart city as a whole is more achievable when it is the result of multiple point solutions coming together.

“Rather than going in and pitching a whole different paradigm for the city, we basically go in and say, ‘You have this very narrow problem and here’s how technology can help you get a return in the next 60 days,’” says McBride.

While addressing the narrow parameters of a given point solution, the team at Miovision simultaneously develops the vision of how several point solutions can integrate together in the future to make up a smart city. Essentially, the customer buys a smart city in little pieces.

“We find that that approach to smart cities is much more practical and much more palatable for the municipalities that we deal with,” McBride says. “With this point solution approach, we can help enable data-driven decisions for a very specific problem. We’re saving cities some immediate pain, whether that’s through saving money or improving citizen experience, but then the data we’re able to generate from that point solution might have applications in other point solutions that the initial buyer didn’t even think about.”

For example, traffic operators can optimize the flow of traffic through a network with a device installed at intersections. At the same time, in a separate project, the city’s transportation agency can better communicate to citizens when a bus is coming to a particular stop with GPS probes installed inside the vehicles. While these are two very different use cases and sales processes, Miovision can return to traffic operations and offer a feature combining the benefits of both products to improve transit priority and experience by optimizing intersection lights and setting speeds for transit.

In this scenario, one plus one equals three, with a compounding effect as a greater number of applications are adopted throughout the city.

The result is smooth and inconspicuous city traffic for citizens.

“The citizen transportation experience is essentially the entire reason that the company exists,” says McBride. “Our dream is that people will stop talking about their commute to work at the water cooler.”

On Wednesday, December 2 at 10:30 AM Pacific Time, Miovision will present a webinar for transportation officials in Western Canada on the topic of “traffic signal connectivity challenges, as well as innovative remote signal management and ITS solutions.”