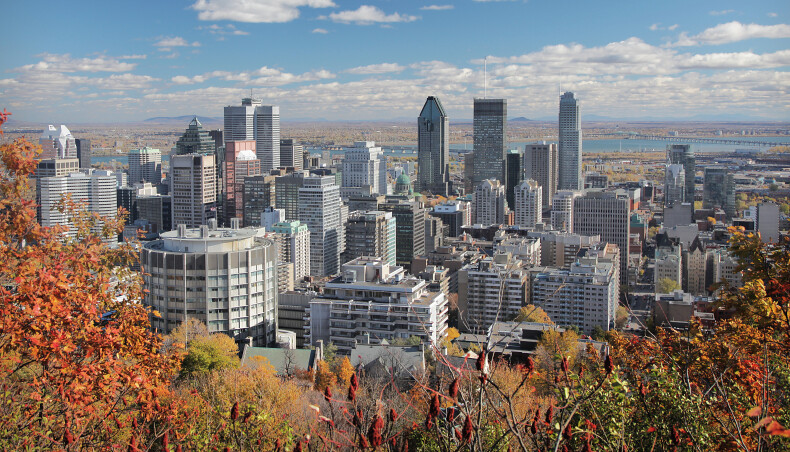 We often talk about openness on the web. In many ways, it has become an amorphous term behind which good intentions can thrive, even if the action required to sustain them goes missing.

Google’s Jonathan Rosenberg cites openness in technology as a Rashomon-like word: something that is painted as essential, but subjectively placed in the eyes of the beholder. In the movie Rashomon, four eyewitnesses conflict with one another over their account of the same event.

Openness means much the same to many, a kaleidoscope of thoughts, each as profound as the other, seen differently through our individual prisms.

So what does it mean when a city chooses to be open?

Montreal has recently started to embrace openness as a virtue. This has come from the very top, with the new mayor Denis Coderre and his administration pushing hard towards the concept of a smart city, one connected to the future.

This has required a cultural shift in how the city operates. The first initiative with this regards is the snow challenge. The city has opened up access to all of the data it holds on snow-clearing operations for developers to build upon it. They’ve offered prizes ranging up to $5,000 for the best application that comes out of the process.

Instead of making a call to tender among the largest companies in Montreal, and offering a large amount of public money for a solution that could only be built by those with access to the expensive and time-consuming process to answer those tenders, the city has become more inclusive and democratic in its’ process by opening up to its citizens.

Hosting a co-creation session that was open to the public on May 31 to spark the snow removal challenge, the city is looking to foster a more transparent and participatory attitude in local governance.

The administration has launched an open data platform in beta for its citizens to explore. A new office has been created with regards to the smart city, and digital matters. The city has shown a notable rapprochement with the startup community, working together with the Notman House on several projects such as the snow challenge.

There have been some bumps on the road, with developers and startups alike adjusting to this new approach. Some in the community have suggested that the city could do a better job of being less top-down with its approach: instead of forcing conditions on developers, some would rather that the city release the data, and inspire others to fill the void in a bottom-up fashion startups are more accustomed to.

This has been a learning curve for everybody. The city itself has gone on what can only be described as iterative experiments: trying a host of new things and seeing what comes out of it.

You could say that the city has embraced a startup mentality, a sea-change from the risk-averse stereotype of municipal governance.

Even now, teams with that spirit are diligently working with the city to create the snow-removal application of the future.

So what does openness mean for Montreal?

The city has made itself more transparent. Its inner workings are more accessible to the citizens it is responsible to.

Openness has meant a cultural shift, one where participation from all of a city’s stakeholders are encouraged. The notion of participatory democracy, and the idea that a small committed group of individuals can change their city has been steadfastly encouraged. Good ideas can come from anywhere, and the city has acknowledged this.

Rosenberg’s screed ends on an uplifting note. After defining the notion of openness in technology, it follows with a simple declaration: “Open will win. It will win on the Internet and will then cascade across many walks of life: The future of government is transparency.”

The city of Montreal is doing its part.