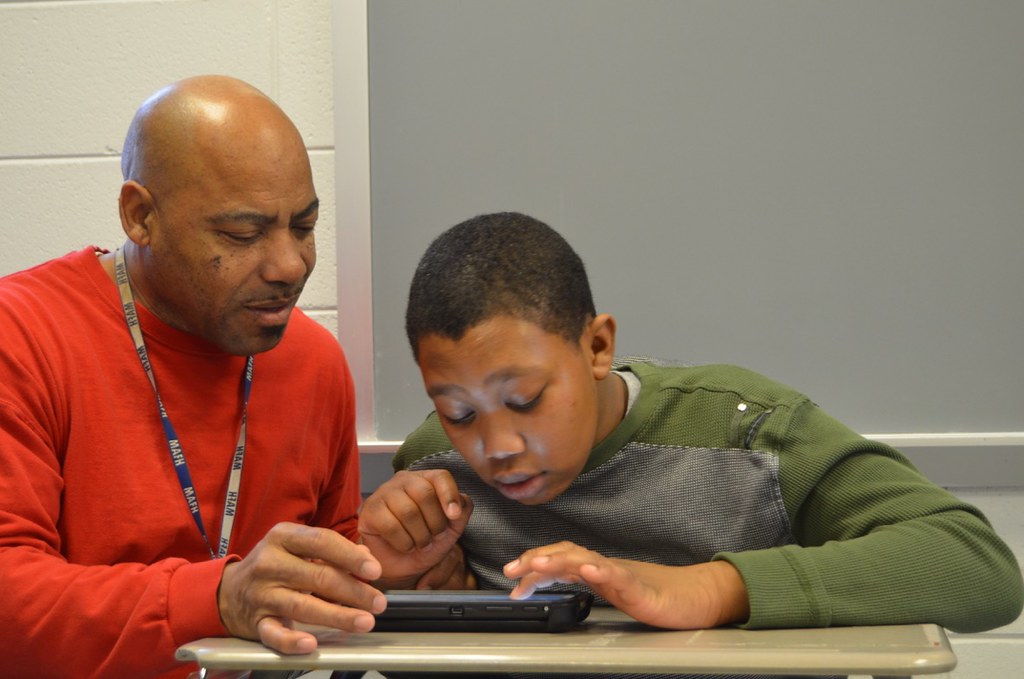 Sammy Wahab and Rini Singh know how difficult it can be to manage health care for people with developmental disabilities.

“All these individuals are providing care and doing their own assessments, and not everyone is on the same page,” Wahab says. “Meanwhile, the child is in the middle of all of this care not getting the help that he needs.”

From that experience, Wahab and Singh founded Mozzaz, a health tech startup, and two years ago started working on TalkingTiles, a cloud-based personalized care app that helps people with intellectual developmental disabilities manage communication, schedules and learning. It was the first in the range of health care solutions that Mozzaz is working on today, which targets people suffering from conditions like ALS, stroke and dementia. TalkingTiles helps people with intellectual developmental disability disorders communicate with the health care providers.

While they were still in the testing period for TalkingTiles, Wahab cites an example of a young woman who stayed in a group home and had to use a big binder filled with cutouts, signs and notes to communicate, which he says can be frustrating.

However, when she started using TalkingTiles, “She takes out an Android device, presses a few buttons to say ‘Hey, I want to see this movie”,” Wahab says. “It takes a second to say exactly what she wants to do.”

While the patients and caregivers using TalkingTiles benefit from the personalized treatment plans, all of their healthcare providers can provide easy-to-follow care plans on a real time basis.

“We are capturing data straight from the patient,” Wahab says. “So if an individual is using our tool, we have data about what is and isn’t working and before you even see a clinician, they can see in what areas they need help.”

Today, Mozzaz is looking to expand their health care solutions to include Mozzaz Care, which is used by clinicians to collaborate with clients, record data on their patient and observe whether the care plan is working, and Mozzaz Care PRO, which is used strictly among health care professionals to assess patients and monitor their care plans. While both products are still in the beta-testing mode, the idea behind Mozzaz is that, by allowing so many levels of collaboration, it will create a more seamless experience for health care providers so that they can provide more informed levels of care. It also means that, because users don’t have to constantly travel to receive assessments, there can be more focus on the actual therapy.

As they developed their product and engaged with clinicians for input on how to make their product better, they’ve increasingly grown as a company. They’ve launched a partnership with CoCENTRIX, a Florida-based health care solutions company, secured clients like the State of Mississippi Department of Mental Health and the State of Arkansas Department of Human Services, and are working with hospitals in Saudi Arabia and China. Just a few weeks ago, they became the 44th graduate from the Accelerator Centre, an award-winning Waterloo-based accelerator.

“It gave us a home so that we could grow, accelerate our team and interact with other technologists who have done something similar so we could collaborate,” Wahab says. “It gave us a chance to focus on the business rather than worry about growth issues.”

As for the future of the company, Wahab says this need will only get bigger: “We’re seeing a big trend in transition of care being delivered in the home from care facilities, as well as the need for personalized care management through accessible devices such as smartphones and tablets.”

Entrepreneurs lose a lot of sleep worrying about making payroll and paying bills. Sammy Wahab is no exception.

But the cofounder and CEO of Mozzaz has something to jump-start his day: an app that could improve the lives of people who suffer memory loss or can’t communicate with the people around them.

“There’s a total sense of satisfaction and not because it’s your own company, but it’s actually about the fact that you’re doing something to make a difference,” Wahab says.

Mozzaz, based at Waterloo’s Accelerator Centre, functions as a custom treatment management system and medical record for individual patients.

The app delivers an accessible level of treatment for individuals and their caregivers. Mozzaz accurately collects and stores patient data in its cloud, helping clinicians make better treatment decisions.

“The clinicians love that data, because they know what issues you’re facing and how to address that,” he says.

This isn’t Wahab’s first trip down entrepreneurial lane. He talked about his previous startup life, as co-founder of Iciniti Corporation in the late ‘90s, at this month’s Communitech Upstart Breakfast.

“We had always planned to do another startup,” Wahab says. “In my previous life we had built large enterprise systems and B2B hubs, and yes, they look cool they sound cool, but they don’t give you same level of satisfaction that this gives you – and that’s what drives us.”

Wahab enjoyed the success of BlackBerry when he started working there in 2009, but he couldn’t shake his passion for his own startup. As the medical community showed growing interest in his idea, he left BlackBerry to work on Mozzaz full-time in early summer of 2012.

The fork in the road came as he was preparing to attend a medical conference to showcase the product, which left little time for his day job of portfolio management for BlackBerry.

For Wahab and his co-founder, Rini Gahir, the idea for Mozzaz came from their personal difficulties in raising children with health issues.

“My co-founder’s son, he’s autistic—non-verbal—and my daughter was diagnosed with diabetes, so we were actually building a product for both of them,” he says.

There is so much data involved in treating diabetes, and capturing all of it accurately was a struggle for endocrinologists who use it to adjust insulin levels.

So Wahab thought, “How can we use this technology to help these kids and to make this a tool to help in their day-to-day life?”

Initially they tried developing an app that made communicating with non-verbal autistic children easier, and gathering data for diabetics less difficult. The approval process became cumbersome for the diabetes app, so focus shifted to creating a solution for those with neurodevelopmental disorders. That then expanded to include neurodegenerative patients.

The common thread between the neurodevelopmental and neurodegenerative patients is that speech is one of the first things to go, Wahab explains, adding that “you really can’t communicate, or your motor skills are not there to do your daily functions and you can’t remember things.”

Sometimes people just need help with daily living, like having notifications to remind them to brush their teeth, or which pill to take and when. “We don’t solve the entire problem, but we make life a little easier for them,” Wahab says.

He cited a young woman with non-verbal autism, who would get frustrated flipping through her binder in order to communicate with her caretakers at her Toronto group home.

The difference was compelling after only a few months of beta testing. These days, a huge smile crosses her face as she whips out her tablet to use the Mozzaz pictograms to ask for things.

“It’s satisfying, even though it’s a small thing, but it makes her life better that she can carry that [tablet] and communicate,” Wahab says.

Although the impact is huge, the market size isn’t. “I know I am focused on a very small sector,” he says.

But recreating the same success he had in the ‘90s isn’t his motivation. “I am more passionate about the product, rather than trying to build a $200-million-dollar company; it’s about giving people what they want to make their lives better,” he says.

Wahab plans to build his company in Waterloo Region, even though he is from Oakville. “This is the place to build a company… It’s the ecosystem that’s here,” he says.

He attributes that to the talent pool in the region, which has deepened since the restructuring at BlackBerry. “Suppliers, graphic designers, PR people, marketing people and any kind of support services you need and talent you need to grow a tech company; that’s why I find this is a great place,” Wahab says.

Mozzaz grew from the cramped basement of Wahab’s house to a shared suite with four other companies at the Accelerator Centre. Now occupying a large suite plus two smaller ones, the team has grown to 12 and is looking to hire more.

Wahab learned from his first experience as a startup entrepreneur, and from the time he spent at BlackBerry during its rapid growth.

“A lot of people have the wrong perception; they don’t understand the pains that they have to go through to build a company,” Wahab says. “That’s the beauty with a startup; there is no black and white, you just have to figure it out along the way – there’s lots of grey.”