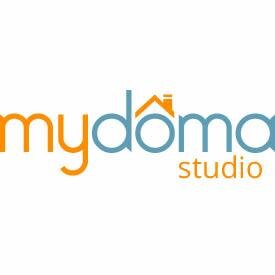 Mydoma Studio is an e-design platform that facilitates collaboration between design professionals and clients. It’s a welcome alternative for solo or small design shops who use project management tools not suited for the interior design industry.

The new feature allows interior designers to capture additional revenue by offering design suggestions rather than their services. This allows clients to take on small projects on their own time and budget. After purchasing a package, a customer can choose to engage the designer for help on a project of greater scope.

Interior designer and Mydoma Studio founder Sarah Daniele has already seen many users sign up to offer Mydoma Packages on their websites.

“We have a big group of designers, about 400 of them, collaborating to build their own database. They want to include Mydoma Packages as a sponsor of the new site they’re putting together. All of the designers on their platform can offer packages and sell them to consumers,” says Daniele.

Daniele has been attracting major partners and investors with the size of the opportunity, including Scott Lake, Shopify co-founder and early Mydoma investor. Lake was introduced to Daniele by Peter Becke, her mentor during the company’s time in the L-SPARK Incubator (disclosure: I work for L-SPARK).

“It’s that entrepreneurial spirit that I saw immediately in Sarah that I liked… the cool thing about it was she’s solving her own problem, and at the same time she recognized this huge opportunity and has gone out to solve it in a very aggressive way,” says Lake.

He says that Daniele has been seeking out large partnerships and vice versa, signalling to him that she’s tapping into an underserved community that wants to use better products to simplify the way they work.

Daniele says she’s humbled to count Lake as one of the company’s advisors. “The expertise Scott is bringing to the table is second to none and I am so excited to have that.”

She alludes to what’s in store for Mydoma Studio in 2016: a push for an integrated e-commerce platform and big collaborations to be announced next year.

Adds Lake: “Every time I talk to about the business, there seems to be more and more opportunity that springs out of it. To have a hub that brings designers together is just super exciting.”