As many as 44% of adult Canadians are now subscribed to Netflix, the latest data from Media Technology Monitor shows. This is up from 41% a year ago.

However, that does not mean nearly half of Canadians are actually paying for a subscription. MTM’s report shows that almost one-third of subscribers share their password with non-family members—technically against Netflix’s terms, but a very difficult thing to stop.

Netflix is on a tear. Revenue and subscriber growth were both ahead of the company’s own guidance during its latest quarterly report. And it’s now ahead of cable television in the US. 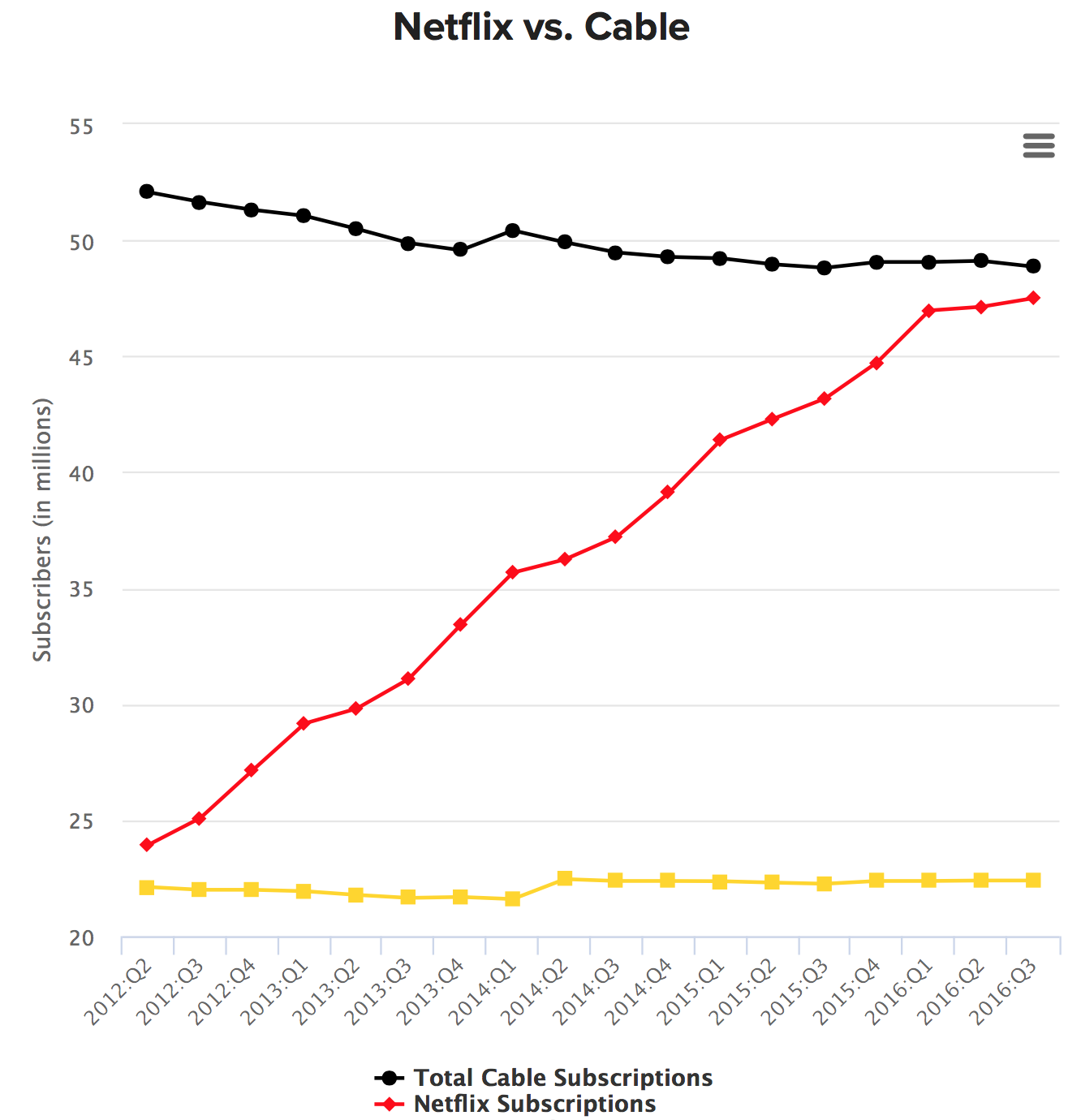