Revenue from in-app purchases and subscriptions is on the rise, new data shows.

Non-gaming revenue grew 56 per cent year-over-year in the second quarter, according to Sensor Tower Store Intelligence data. This increase was fueled largely by Netflix, which was the highest grossing app worldwide for the third consecutive quarter across both the App Store and Google Play.

The streaming giant’s app saw revenue grow 233 per cent year-over-year, from just $46 million to an incredible $153 million. This greatly outpaced growth of rival Hulu, whose app revenue rose a comparably anemic 22 per cent over the same period, according to the data. 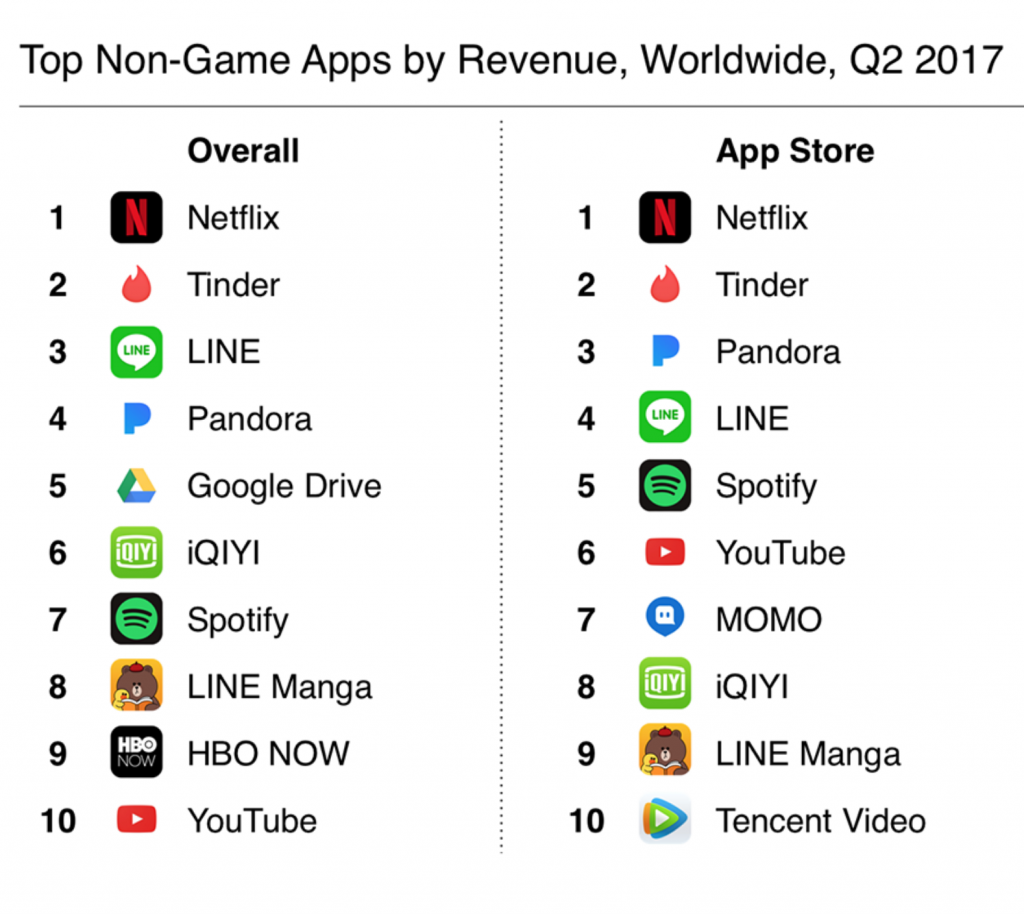 The company’s continued growth in both users and revenue has allowed it to invest heavily in original content.