Netflix is now the top grossing app on the iPhone in the US. It probably would have happened sooner, but it was only late last year that Netflix enabled customers to subscribe via an in-app purchase.

According to data from Sensor Tower, the climb for Netflix has been steady. When the company first activated in-app purchases, it was generating around $50,000 in weekly revenue from its iOS app. Now that weekly revenue is pushing $3 million. 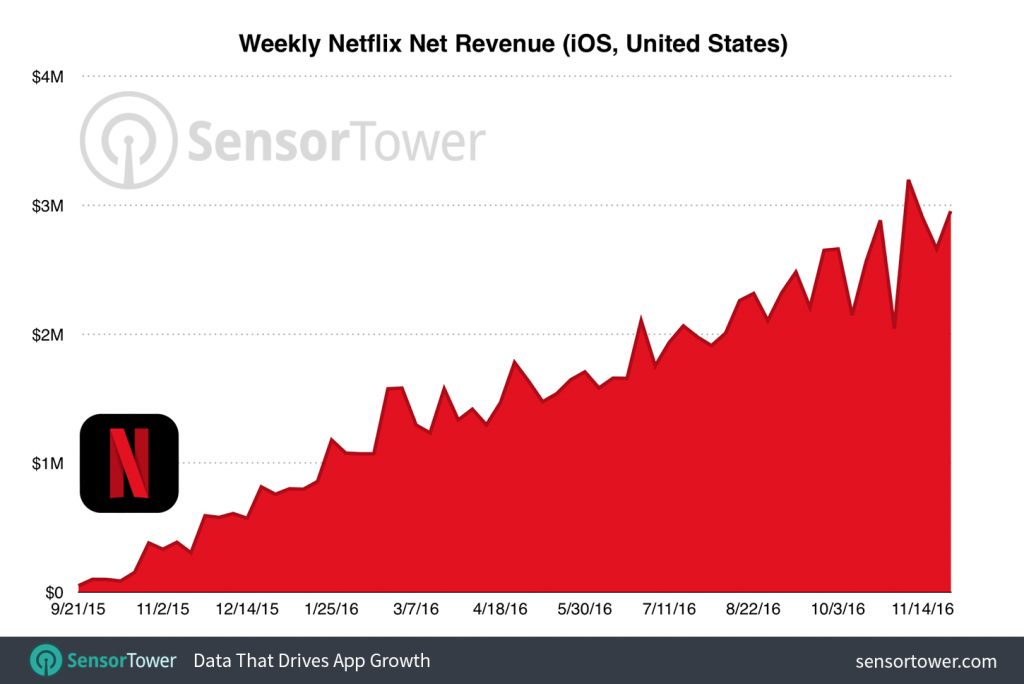 Netflix holds the top spot in several other countries as well, including India and Mexico.

Last quarter, Netflix gained 370,000 new subscribers in the US and 3.6 million globally.