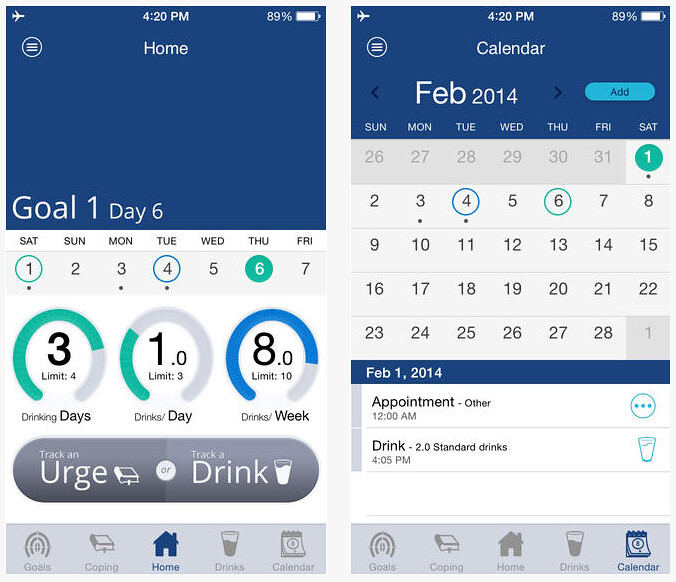 A new mobile app developed by the Centre for Addiction and Mental Health offers those who want to reduce or quit drinking alcohol the ability to track and manage their drinking habits.

Excessive alcohol consumption is a public health concern, leading to more than 200 diseases and injuries. In May, the World Health Organization released a report that showed Canadians drink more than the global average, with 23 percent of drinkers engaging in binge drinking.

The Toronto-made app, called Saying When, is a mobile version of a self-monitoring program pioneered by Dr. Martha Sanchez-Craig while she was a senior scientist at the former Addiction Research Foundation (now CAMH). The program is “clinically sound” and time-tested, being more than a quarter-century old.

“We’ve been waiting for the technology to catch up to this program,” said Wayne Skinner, Deputy Clinical Director at CAMH. “The ability to discreetly track and monitor urges and consumption in real time will help people who are concerned about their drinking be successful with their goal to reduce or abstain.”

Saying When is designed for people who are concerned about their drinking, but who do not have a severe alcohol use disorder. Before moving on to track urges and consumption, app users will complete a section called “Taking Stock” to help determine current drinking patterns and set a baseline for future success.

“Recent studies have shown that entertainment- based apps including drinking recipes or drinking games are the most common type of alcohol-related app,” said Tim Tripp, Director of Library Services and Knowledge Mobilization at CAMH. “To our knowledge, Saying When is the only mobile tool based on an established clinical program that helps people monitor their drinking and efforts to cut back or quit.”

To make personal tracking easy and precise, the Saying When app describes and defines standard drinks through info-graphics. Each drink entered is measured when the app user fills the interactive glass and determines how many standard drinks they have consumed.

The Saying When app is $2 in the iTunes store.