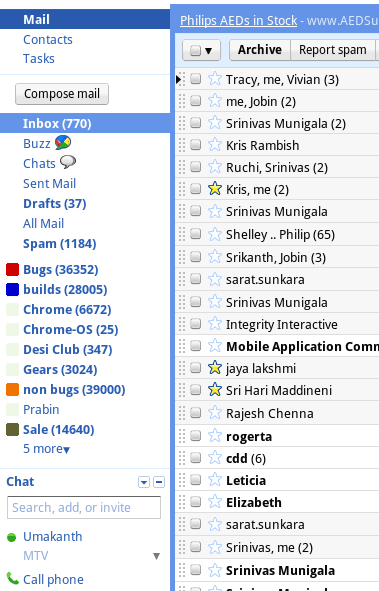 Others changes include putting Compose Mail as a button versus a text link, and creating the three pillars of Mail, Contacts, and Tasks. Most changes appear to be purely aesthetic but these visual shifts may also carry functional transformations impossible to incur from a screenshot.

First and foremost, Tara Fitzgerald may not be the brightest crayon in the box. That being said, what Dell technician Riyaz Shaikh did to her was just plain wrong.

The 48 year old mother took some nude and semi-nude pictures of herself for her boyfriend, but she lost them somewhere in her computer. With no one to seek for help in person, she entrusted a certified Dell technician. Explaining her personal issue, Riyaz offered to take remote control of her computer—she then watched him locate the files and make them readily available for her.

The story only gets weirder, with Riyaz allegedly hitting on Tara and saying he liked her. This happened right around when suspicious purchases suddenly appeared on Tara’s credit card associated with her Dell account. The purchases appeared shipped to Tennesee, where Riyaz later claimed a new woman he had fallen in love with lived.

Riyaz, for all his evaporated credibility, apologized profusely to Tara and personally promises to pay back her credit card. He never did. He’s no longer a Dell employee. But Shaikh more than likely still possesses a copy of her nude photo album.

Bizarre a tale as it is, and dumb as Tara may have acted every step of the way, it shows the complex dangers of outsourcing to countries where communication is difficult to achieve and where laws are drastically different.

(Notes: Not all of this story has been officially confirmed, as Dell is currently in a mode of “accelerated investigation,” but there are elements of proof: the nude website did exist, and Tara has receipts for the laptop shipping, and her credit card showing mystery purchases.)