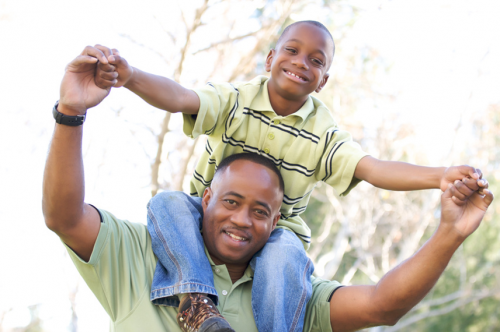 Startups are hard and you are going to need help.

Usually this comes in the form of mentors who can give advice to your startup and help you avoid the common pitfalls. However, “mentor” seems to be one of those terms that gets thrown around the community and everyone just assumes you know what they are and what makes a great one.

Simply put: the absolute best mentor a startup can have is one who has previously founded a company in your vertical, introduces you to their extensive network, gives you actionable advice, and cares about your outcome because she has money invested in your company.

Anything that even remotely resembles an accelerator program will have a massive mentor list on their web page of pristine head shots accompanied with bios which are some of the most grandiose examples of success theatre you will ever see. Keep in mind while you’re reviewing an accelerator that having a mentor attached to the program doesn’t mean you’ll have regular access to them. If you look at all the accelerator programs across Canada you’ll see a lot of overlap in the mentor sets between Montreal, Vancouver, and Toronto. If a listed mentor doesn’t reside in the same city as the accelerator, chances are he’s just going to pop by once during the program or for the demo day.

That’s not to say that you can’t get a massive amount of wisdom from someone just passing through. Some of the most succinct and actionable product advice we ever got was the afternoon that Dan Martell graced the Growlab office. However, long-term mentors who see your company as a trend line rather than just a data point are invaluable and worth courting.

A harsh reality of the Canadian startup ecosystem, however, is that they’re aren’t many individual mentors who can write cheques. Though, this does mean less-monied mentors can more easily be hired by your startup once you reach a certain level and they’ve proven an ability to add value.

The difference between a good and a great mentor is often actionable advice. Many mentors love to claim that they give “hard, no-bullshit feedback” but this isn’t as uncommon as people think; any startup is going to meet its fair-share Simon Cowell impersonators.

Also, by the nature of the startup world someone can say what you’re doing won’t work and they’ll be correct 90% of the time. Mentors get part marks for shining a spotlight on problems but a great mentor gets full marks for suggesting a way to fix it.

Great mentors also tend to have been founders themselves as they’ll have a certain empathy for you that others won’t. Nothing can really prepare you for being a founder and sometimes it’s hard to put non-founder advice at the same level as someone who has had the stress of having to worry about making payroll.

One thing you need to watch for are service providers that are masquerading as mentors. Accelerators are pretty good about preventing these kinds of people from being on their lists, but if someone makes their money by selling their services to startups they might just be generating leads when they offer to be your mentor.

Another thing to watch for, especially in accelerators, are venture capitalists posing as mentors—a lot of times they’re just looking for deal flow. There isn’t anything especially wrong with this but you just have to keep in mind that their primary interest is finding companies that can deploy capital for them.

As with most startup advice, there aren’t many hard and fast rules to picking mentors. Ironically, the mentor most active amoung our Growlab cohort in the long term wasn’t on the mentor list at all. We just found him and used the Growlab brand to convince him to come talk to us and he still helps some of the teams a year and a half later.

Great mentors may be hard to find but they’re invaluable once you get them and they’re an important asset to grow your startup.