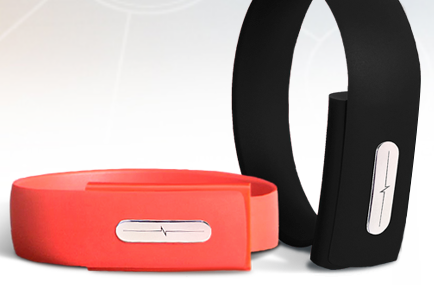 The first payment was made as part of a pilot on Friday, July 10. Over 100 TD users in Toronto, Ottawa and Regina will be testing the Nymi Band’s contactless payment functionality until the end of the summer. Other participating Canadian banks are scheduled to launch similar pilots later this year.

The Nymi Band is a secure and continuous wearable authenticator that identifies a user based on their unique heartbeat (or electrocardiogram) through proprietary Nymi technology called HeartIDTM. Nymi has developed an NFC-enabled prototype of the Nymi Band for these pilots, which is linked to a user’s MasterCard.

“Nymi’s goal is to fundamentally change the way authentication is treated and to move industries towards a more secure and convenient identity model,” says Karl Martin, Nymi’s founder.

“Wearable and mobile payments are becoming increasingly popular among Canadians and we’re ensuring that every MasterCard transaction on the Nymi Band is safe, secure, seamless and convenient for our cardholders,” said Jason Davies, Head of Emerging Payments, MasterCard Canada.