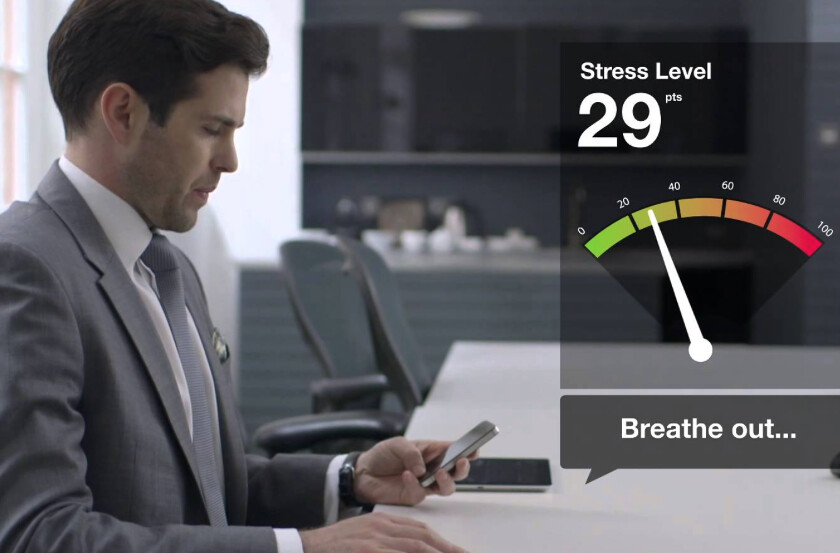 It’s been a busy year for Stéphane Marceau, the co-founder and CEO of Montreal-based wearable tech startup OMsignal, which is a finalist for Startup of the Year in the Canadian Startup Awards.

In June the company announced that it had raised a $10 million funding round; in August it showed-off its connected shirts at the U.S. Open, as part of a partnership with Ralph Lauren.

But, for Marceau, those weren’t the high points.

“It would say the highlight is shipping our product, it’s so very real,” he says.

The company, whose line of connected shirts track metrics including heart rate, breathing and calories burned, shipped in the fall, with the app going live in late November.

“The business is so very different,” Marceau says, now that “people are buying and engaging with our product.”

He says that a year ago, smart clothing wasn’t getting a lot of attention. Now, he says, it’s one of the biggest parts of the wearables market.

That doesn’t mean its been easy. “It’s been a very intense year,” he says.

Given the fact that OMsignal is using a connected shirt to measure biometrics which are then viewable through an app, the company’s staff includes everything from scientists to fashion designers.

That means there’s a lot moving pieces and “a fair amount of complexity,” Marceau says, and “you have to move fast.”

He says he’s tried to cultivate a “culture of openness” to avoid silos forming. “We do try to be self-aware,” he says.

With growth, though, there are additional challenges. “It means that we measure more stuff, we have more processes,” he says.

“There is no recipe, this is a brand new category,” says Marceau. “We have to try a lot of stuff.”

And with more and more competitors in the wearable space, he says, “everything is done with an extreme sense of urgency.”

For many people, the first time they heard of OMsignal was during the U.S. Open tennis tournament, when ball boys wore Ralph Lauren-branded connected shirts that were powered by OMsignal’s technology.

Marceau says he thinks the partnership was “extremely helpful.”

“People look at you different” after one of the largest fashion labels in the world “puts their iconic brand on your technology … it’s like a shot of credibility in the arm.”

Marceau says the deal was “all-consuming” for a while, but he says that Ralph Lauren executives bought-in to the partnership.

“They were not confused that smart clothing is going to take off,” Marceau says.

That’s something he believes too.

“We want to bring this to the world,” Marceau says. “Our vision is that clothing is going to be smart.”