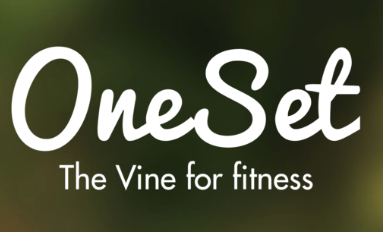 At a family BBQ last year – the last place most would think about working out – Amad Abdullah, his brother Shameel and his cousin Moez Bhatti started casually talking about the ways that help them work out effectively. While they found that videos were often the best method, they also agreed that YouTube videos often took long to get to the point and all they really needed was about 15 seconds of video.

The idea stuck, and the three friends formed a team, along with Abdullah’s friend George Xu, to create Toronto-based OneSet, an app that they hope will become a “Vine for fitness.” It’s very similar to Instagram in that you can like, comment and follow people, but what makes OneSet unique is their helpful categorization model for people building workouts. Rather than sifting through hashtags in Instagram, which can be messy and include irrelevant pictures of people with protein shakes, users can explore workouts based on categories like muscle group, or by workout style like fat-burning, yoga, power lifting and crossfit. They can then customize their own playlists to suit them, and because the app is community-driven, popular workouts are pushed to the top.

“Instagram is one of the most engaged pieces of media because it’s so to the point,” Amad Abdullah says. “We saw that something was missing, and we created that categorization model.”

To get that customer validation before developing OneSet, they initially made an Instagram account featuring workout videos of themselves, and ended up gaining 15,000 followers. As they got more traction, they became more serious about developing the app and worked out of Velocity Garage, an incubator in Waterloo.

A month ago they launched their official Android app. So far they have gained 5,000 users.

“We have a community effect and this is not something we’ve created but it’s something that exists in the world,” Abdullah says. “If you see like-minded people who are similar and working for the same goals, this acts as a motivational tool. You’ll want to go to the gym the next day and you’ll want to get feedback from people.”

The team is anticipating a bigger market once they roll out their iPhone version. At the same time, in order to get more popularity for their app, they approached about 250 fitness influencers from Instagram to get on their app – including NBA player Andrew Wiggins’ trainer.

“We got them on board right away so when you go to our app you’ll see quality content. They see value in it for them and it creates more exposure and aspects to monetize,” Abdullah says, referring to the fact that users will be able to request custom workout playlists, which include, for example, five exercises that the user should do, and will cost between $1.99 and $4.99.

In a few weeks, they’re planning on going on the Dragon’s Den, where they’ll ask for $50,000 to cover server fees and customer acquisition. So far, everything they’ve accomplished hasn’t cost them anything.

“We’ve raised no money at this moment, and we’ve done everything on our own time. We’ve already had about five or six investors find us to talk about seed rounds,” Abdullah says. “But we’ve really been holding off until we have more users, and we’ll definitely do a round after Dragon’s Den.”