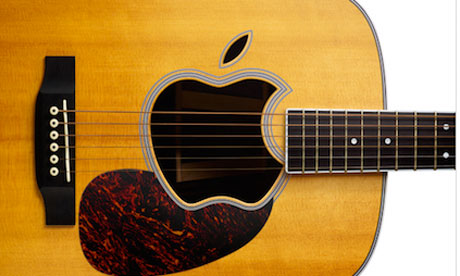 Unless you were hiding under a rock, all of you heard about Apple’s big announcements yesterday.  What caught my attention was Steve Jobs’ announcement of the creation of Ping within the iTunes framework.

Now , I’m not an expert on this intersection between music and technology.  But there is one person in Toronto who is: Gabriel Nijmeh of OpenMusicMedia Toronto. So I asked Gabriel about his thoughts on Ping and the music industry.

Gabriel, what was your immediate reaction to Apple’s announcement of Ping?

My immediate reaction was that Ping incorporates a lot of key features from LastFM, which is a service I’m a huge fan and user of.  What sets the two apart is that LastFM lets you “scrobble” all the music you listen, which is used to make recommendations, aid in music discovery, customized concert listings and connects you with music neighbours.

So you see iTunes as something different obviously?

iTunes, being closed in nature, is all about selling content to fill Apple’s devices, while LastFM is closer in nature to a social music network. It appears that they will only track iTunes purchases, not overall listens, like LastFM.

You can take a look at my LastFM profile to see what I mean: http://www.lastfm.com/user/gcn2 .

I highly doubt you will get a well rounded set of recommendations when the iTunes algorithms are geared towards selling, instead of music discovery.

That’s interesting. How, then would you characterize Ping?

It looks like Ping is another “closed garden” social network. Apple has 160 million users they can confine between their digital walls, and most people are either fine with it or just don’t care. It will be interesting to see what Apple does next with this first move into the social space. They have the hardware, software and content covered and are closing the loop between fans and artists. They could become a much better managed version of MySpace.

Do you think Ping will be successful?

Having 160 million users is what gives Apple a huge advantage over all other services and there is no reason why Ping won’t be successful for Apple.  It will reach out to a mainstream audience that services like LastFM and others have always struggled to reach.

With so much music being released today, any effort to help people discover music through trusted and filtered recommendations is something that people will quickly come to appreciate.

If you live in Toronto check out the OpenMusicMedia Toronto website or connect with them on Twitter.