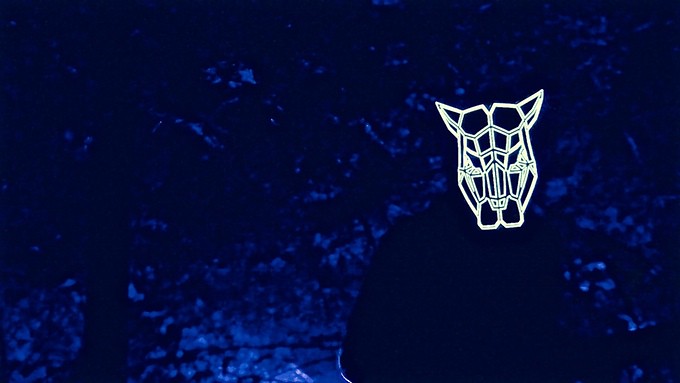 Alexandre L’Herbette wants to turn audiences at musical performances into a part of the show.

L’Herbette is a co-founder of Outline Montreal, a startup that’s currently crowdfunding a mask covered with a pattern of lighting effects that light-up to the beat of a song.

The three co-founders of Outline Montreal all met during their first year at the Université de Montréal.

“We don’t hide the fact that, like many students, we love to socialize and party,” L’Herbette says.

He says the three have watched the evolution of the lighting-equipped wearables and effects that have become popular at raves, clubs and music festivals. But they saw room for improvement, he says.

“This is why we decide to create a new model based on the creation of a mask which allows people to be part of the show itself,” L’Herbette says.

The mask has been in development for over a year but it’s not just technical challenges that the team has faced.

“Outline Montréal is the first company that we have brought to life together. As for many other entrepreneurs, the first business that you launch is the hardest one. We started taking evening entrepreneurship classes at university in order to acquire basic skills for starting a business,” L’Herbette says.

At the same time, the team started working on the design and with the sound-reactive technologies as well as looking for production locations, he says.

The mask is just the starting point for Outline Montreal.

“Our company as many ideas and the mask is just the beginning. This is why the crowdfunding campaign on Kickstarter is very important for us. We need support for starting mass production, but also starting events where people who bought our mask can come and express their self,” L’Herbette says.

Kickstarter is “the first point of contact with the market,” he says, which will allow them to get feedback on the product. It also “gives us the opportunity to have the necessary money to begin mass production.”